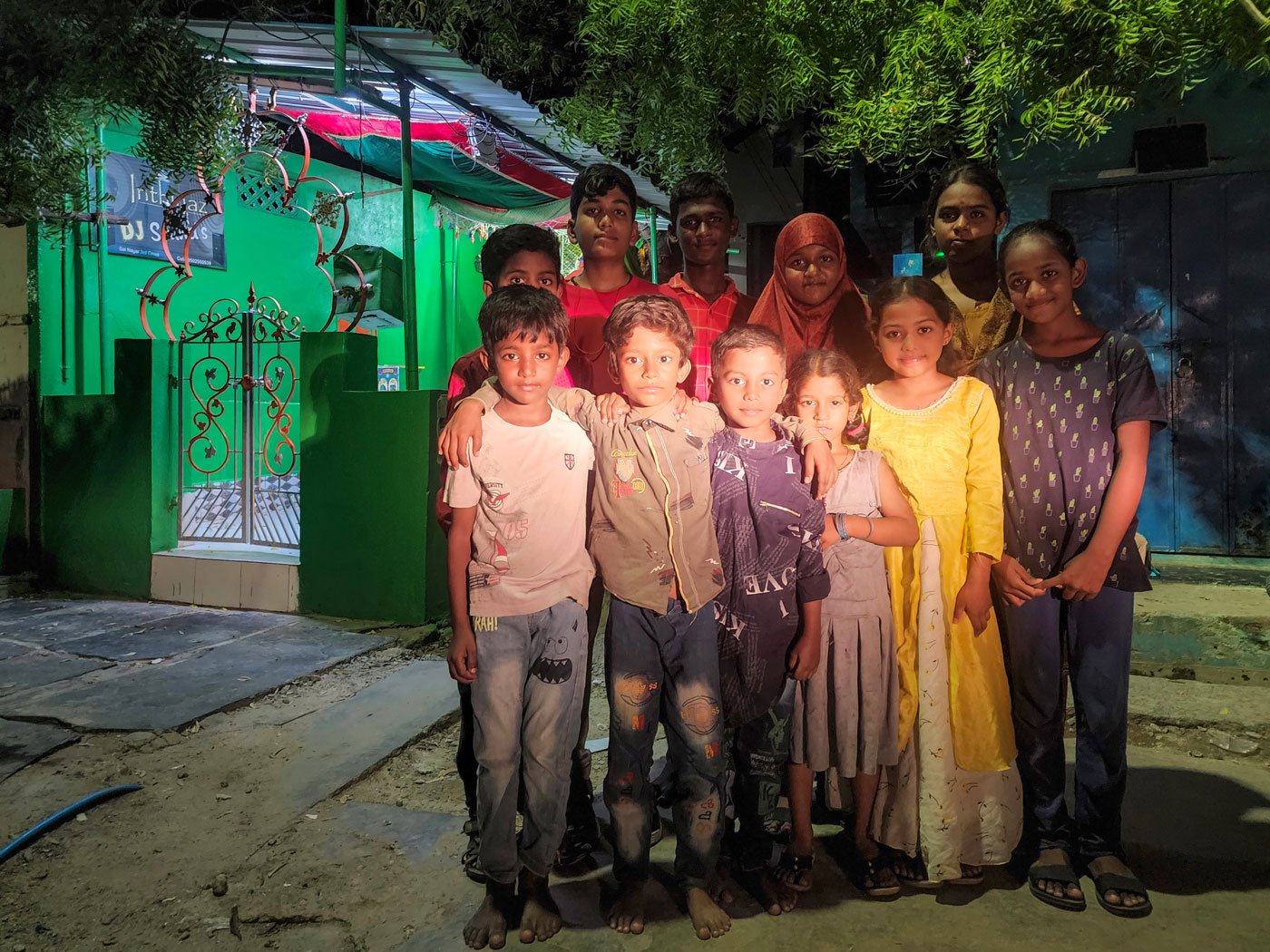 The little Ganesh near Sainagar dargah

A favourite of children in Andhra's Anantapur town, Vinayaka Chavithi festivities go on for a few more weeks

“It’s me...It’s me...” Aman Mohammed was eager to answer my question before any of the others. I had asked the group of 12 or so kids about the lead organiser of this year’s pandal for Vinayaka Chavithi. “He collected 2,000 rupees all by himself,” said T. Ragini, the oldest of the group. So no one disputed Aman’s claim.

His haul was the highest this year: two-thirds of the 3,000 rupees gathered by this band of pandal organisers. They had collected donations from vehicles passing on their street in the Sainagar neighbourhood of Anantapur town, Andhra Pradesh.

It’s his favourite festival, Aman told me. I wasn’t surprised.

On a Sunday in 2018, a few weeks after the Vinayaka Chavithi celebrations had ended in Sainagar, I spotted four children playing make-believe. So I took photos. The game was a tweaked version of ‘avva appachi’ , a favourite of kids. The boy was supposed to be Ganesh, the Hindu god whose birthday is celebrated as Vinayaka Chavithi. Two other children were carrying him around to finally put him on ground – reenacting Ganesh Nimarjanam, immersion of the god’s idol.

That little Ganesh was Aman Mohammed. All of 11 now, he's the boy in the front row (on the extreme left) in the cover photo above.

For Vinayaka Chavithi celebrations in August this year, Aman and his friends installed the god’s idol in a pandal measuring 2x2 feet – perhaps the smallest in Anantapur. Their pandal was gone before I could photograph it. The kids told me that they had bought the idol for Rs. 1,000; the balance 2,000 was spent on the structure and its decoration. It was set up right next to the dargah near Sainagar 3rd cross. 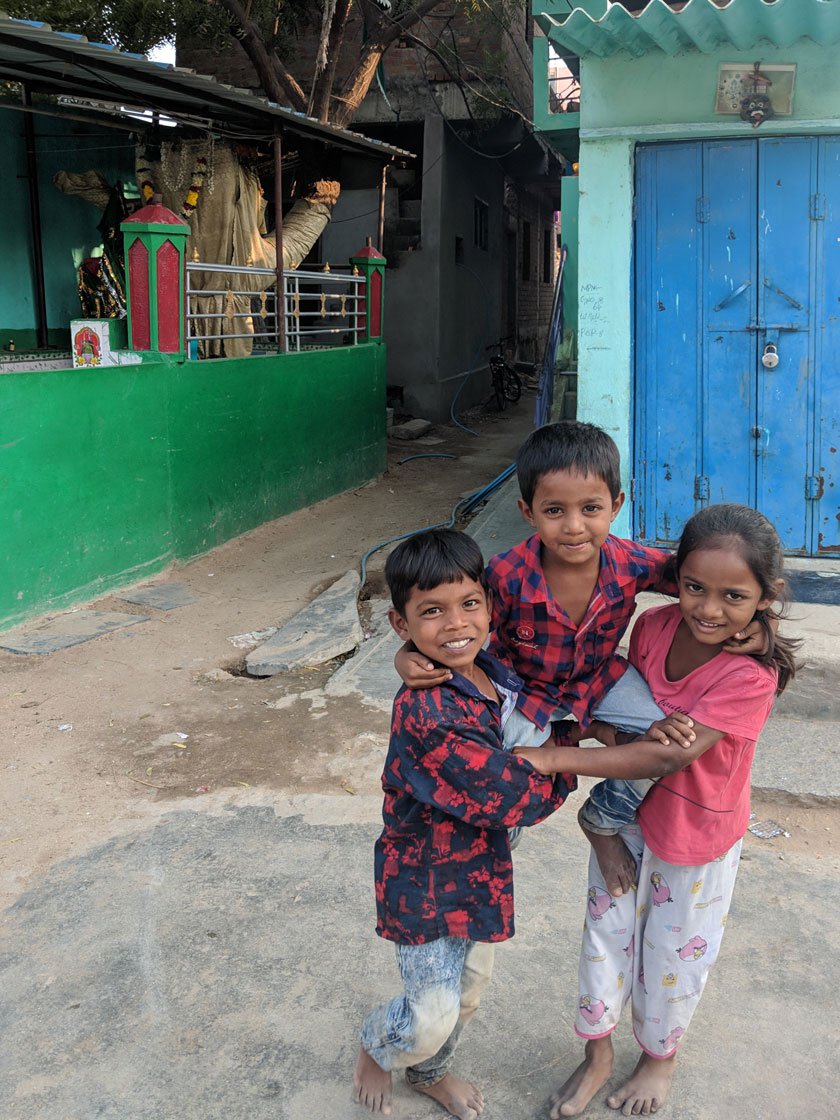 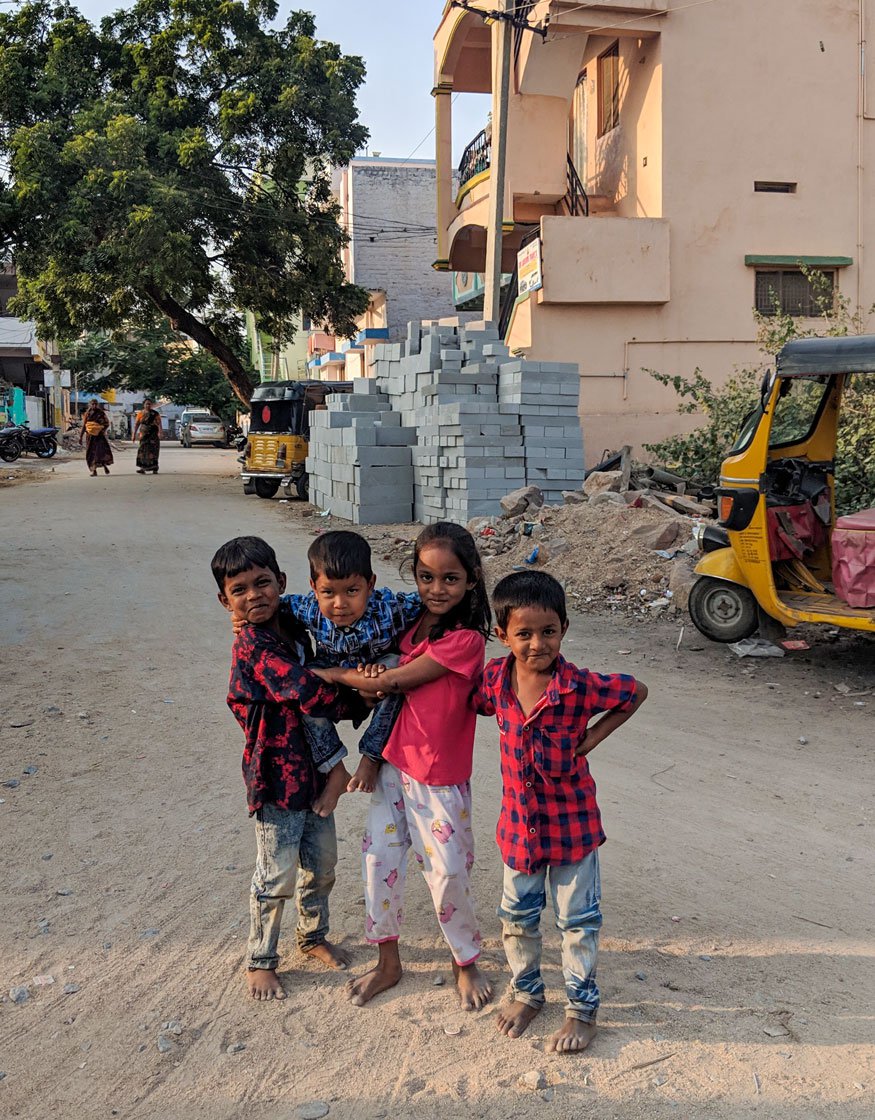 Left: Aman Mohammed being carried in a make-believe Ganesh Nimarjanam. Right: The kids were enacting the ritual on a Sunday after Vinayaka Chavithi in 2018

Children of the working-class settlement here have been celebrating the festival for as long as they can remember. Their parents – most of whom are daily wage workers and domestic workers or do labour jobs in the town – also contribute to the kids’ Vinayaka Chavithi festivities. The oldest of the pandal organisers is 14 years old and the youngest, 5.

“We celebrate both Vinayaka Chavithi and Peerla Pandaga [Muharram in Rayalaseema region]” says 14-year-old Ragini. From the children’s point of view, Muharram and Vinayaka Chavithi are very similar. A pandal is the focal point of both festivals, and children are allowed to collect money for it. They build it from scratch with the money they put together. “We watched YouTube to see how to make houses,” said S. Sana, 11. “I helped by carrying the mud. We built the pandal with sticks and twinepuri [jute twine]. We put a sheet to cover it, and then seated our Vinayakudu [the idol] inside.”

The elders in the group, Ragini and Imran, (he's also 14), took turns to look after the pandal . “I looked after it too,” said seven-year-old S. Chand Basha. “I don’t go to school regularly. I go on some days, and other days I don’t. So I looked after it [the Vinayaka idol].” The children also perform pujas and offer prasadam to visitors of the pandal . The mother of one of the children usually cooks the prasadam – tangy tamarind rice.

As Vinayaka Chavithi is a favourite festival in many working-class neighbourhoods of Anantapur, the fun continues for a few more weeks. Children make clay deities and build smaller pandals with scraps of wood and bamboo; bed sheets from their homes; and other discarded items that they find. And they reenact their favourite festival all over again, especially during the school holidays that fall after the Chavithi.

Make-believe games are popular in the town's poorer neighbourhoods, where imagination helps children overcome the resource crunch. I once saw a child playing ‘rail gate’ with a stick, raising it each time a vehicle passed by. After Vinayaka Chavithi, the elephant god Ganesh finds his way into some of these games. 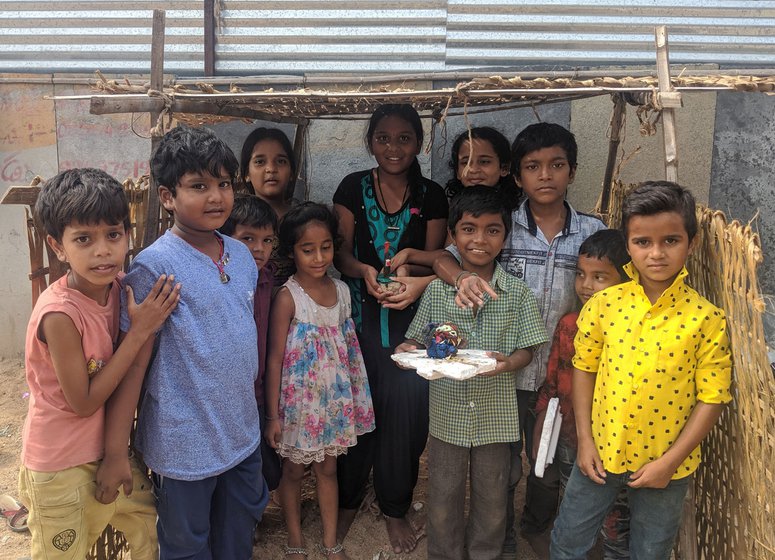 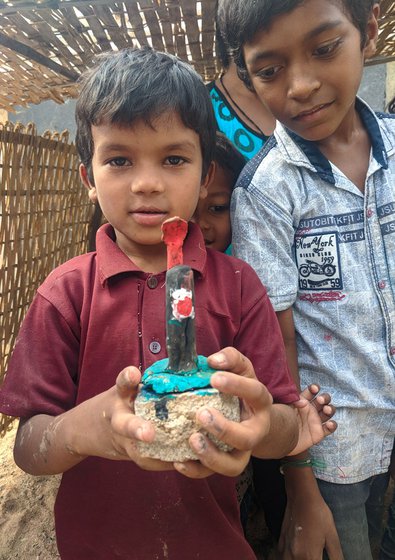 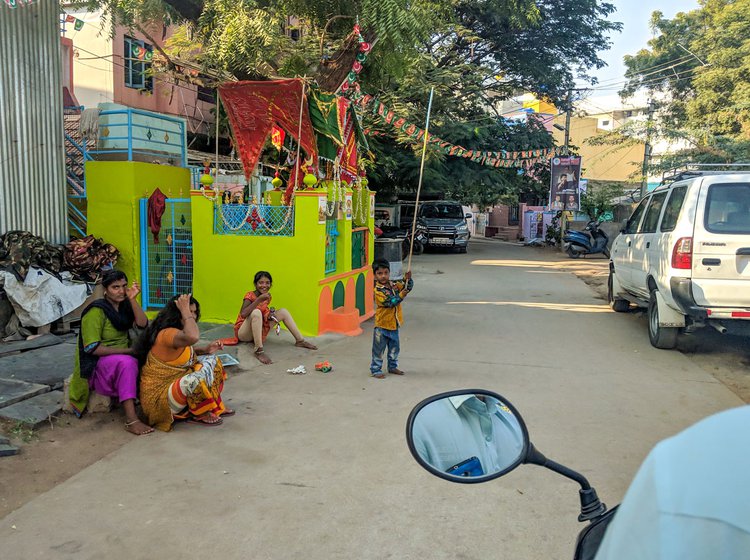 Left and centre: Children in another neighbourhood of Anantapur continue the festivities after Vinayaka Chavithi in 2019. Right: Playing 'railway gate'

Vinutha Mallya is Editorial Chief at the People’s Archive of Rural India. She has been a journalist and editor for more than two decades, writing and editing news, features and books.