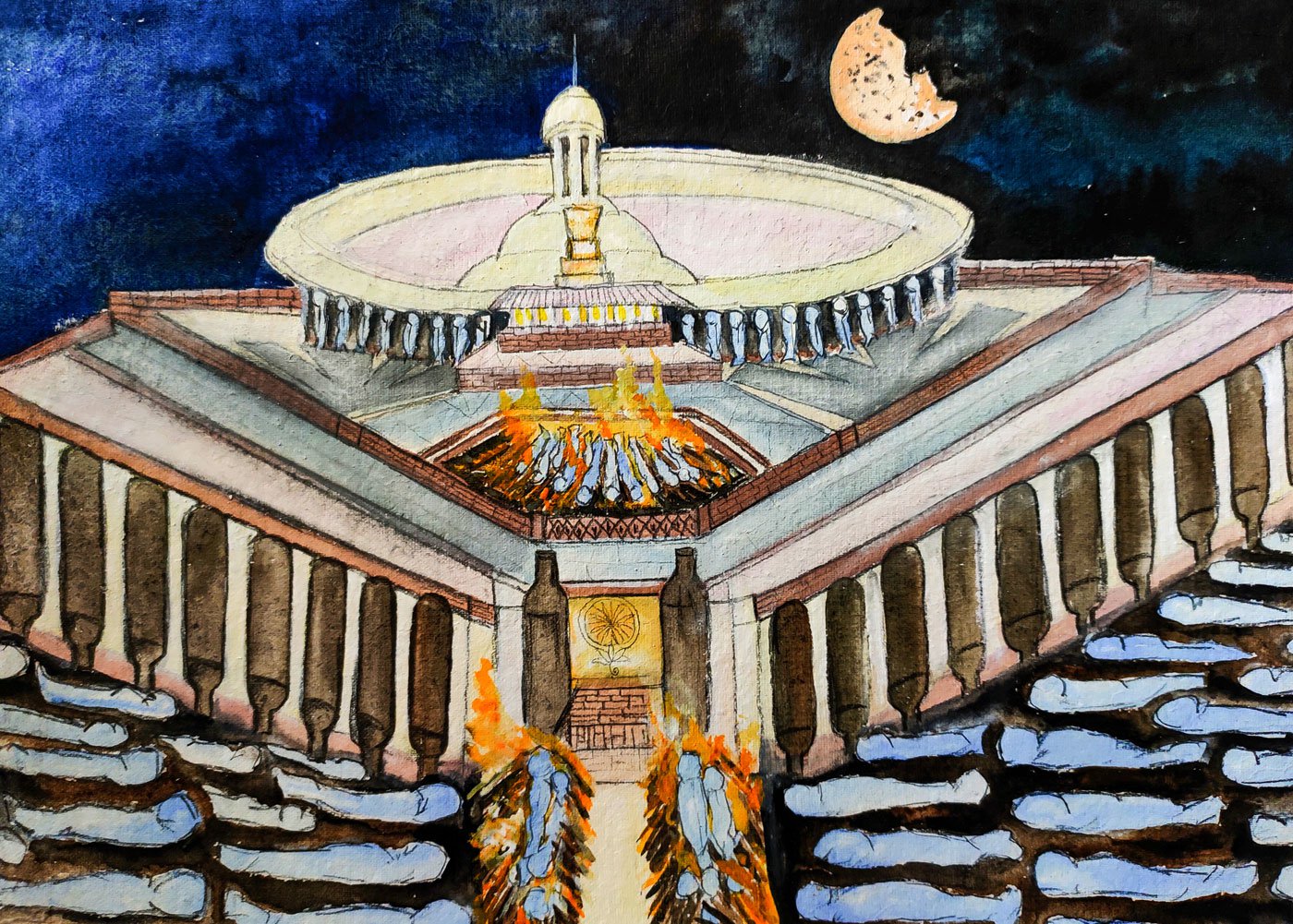 The King and his palace on pyre

As outrage pours in at the Centre's relentless work on the lavish Central Vista project amidst the pandemic, a poet recalls an old tale

She was sleepless for a week now. Her latest find near what must have once been the fertile bed of the now-dead Yamuna was turning out to be perhaps the most awful discovery of her life. She and her team were travelling across modern-day Aryavarta, digging across the country based on those myths and stories. And each dig had invariably ended up in streets that seemed like makeshift crematoriums and burial grounds, with more and more skeletons, skulls, and pearl-white dismembered bones erupting from the dark brown soil, turning her initial fascination into terror.

There were moments when they found something different. A few kilometres away, where the river Sarayu used to be, she had found the ruins of an old temple. Copper plates fused with stone blocks that rested precariously on an unknown structure going back to an older era, a different architectural style. She had found a few bricks with a word carved out in an unknown script. She recalled the script on the stone plank they had unearthed beside another tomb-like structure near the west bank of the Yamuna recently. They had also found statues – tall ones, some 182 metres in height, some even taller. But what outnumbered everything were the skeletons.

And now in the midst of those they had found a monstrous triangular structure, something that looked like a king’s court. And also an ugly palatial residence of a king who must have ruled over the dead on the banks of the Yamuna. Horrified, she had named it Samshan Nagar. Each broken pillar emerged unevenly from the graves underneath. The team of historic and forensic archaeologists she was with were struggling to make sense of what seemed like the largest massacre in history. 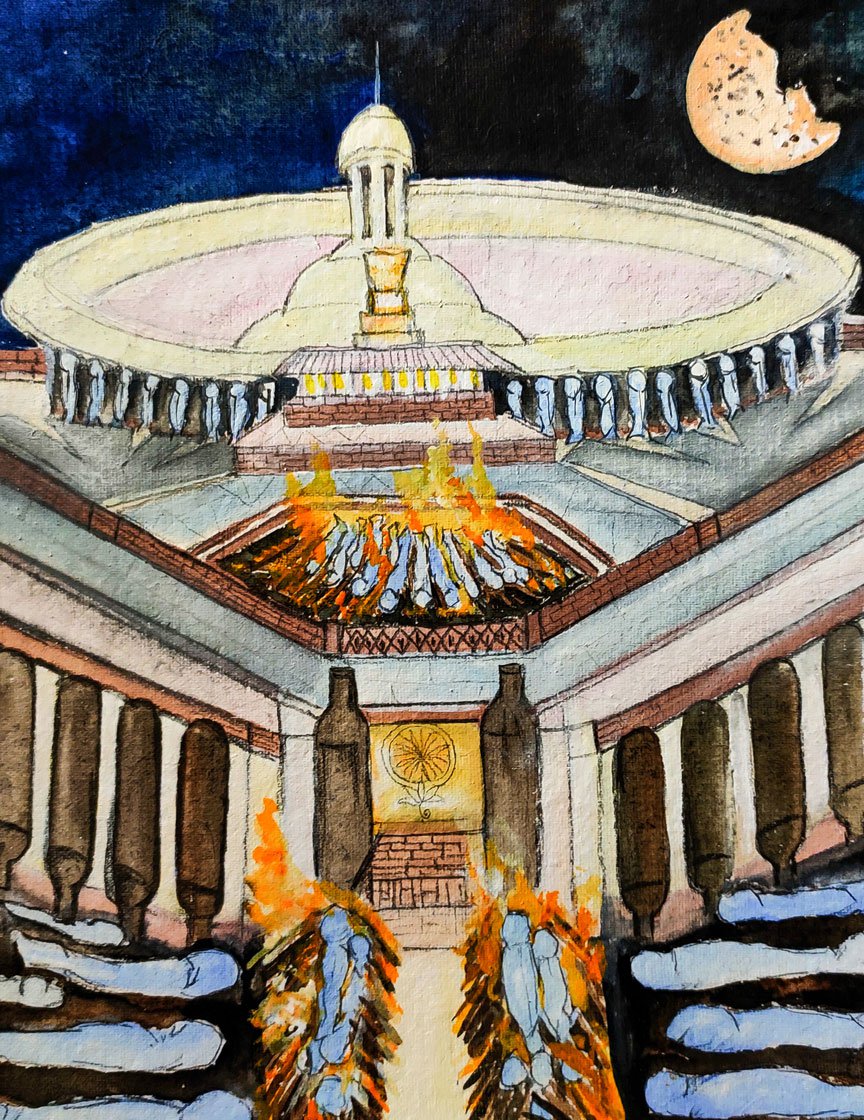 Here's an ode to the King
who once rode a grand chariot through his land
as the pyres piled, and the graves dried
and life paralysed or slipped away like sand.
People gasped for air, wept, and cried
but the king lived in his own paradise, I suppose
for he thought everything was fine.
He emptied his treasury to build a new home –
shiny, lavish, and with a fancy little dome.
While the dead no longer had a place to live
so ousted they were onto the streets.

No rituals, no shrouds, no last goodbyes
our hearts did bleed, our hands were scared
to pick up the phone that rang
lest it spoke of another demise,
dear family, a friend, or a professor old and wise.
But it was just the king,
smiling on from high above his palace
talking of his mighty victories over a tiny virus!
Someday we hope he’ll be remembered
in another little tale of the great Ozymandias.