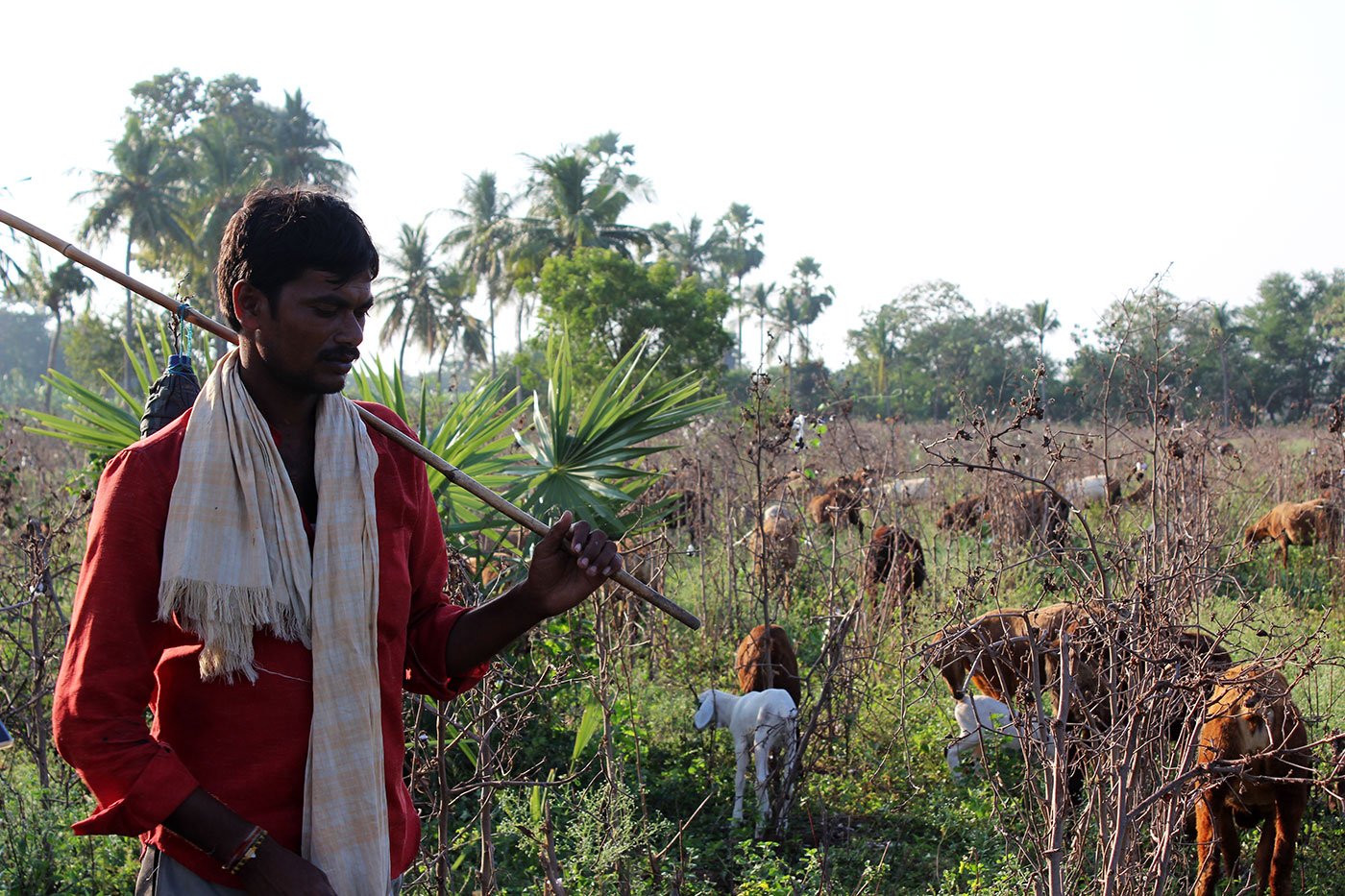 The four-legged ‘first citizens’ of Amaravati

As the Andhra Pradesh government acquires large tracts of agricultural land from 29 villages along the banks of the Krishna river to build Amaravati – its dream riverfront capital – the first new ‘citizens’ migrating into the region are largely doing so on four legs.

With the government taking over land, agriculture is at a standstill, farmland has turned into pasture, and the fate of thousands of farm labourers remains uncertain as they await a capital city that may or may not be built. Meanwhile goat-herders, along with thousands of their animals, are streaming into land that is fertile enough to sustain three cropping cycles a year. “I read in the newspapers that the farmers here have been asked to stop cultivation so that the government can build a city,” says Goriparthi Laadhar Babu, a goat-herder. 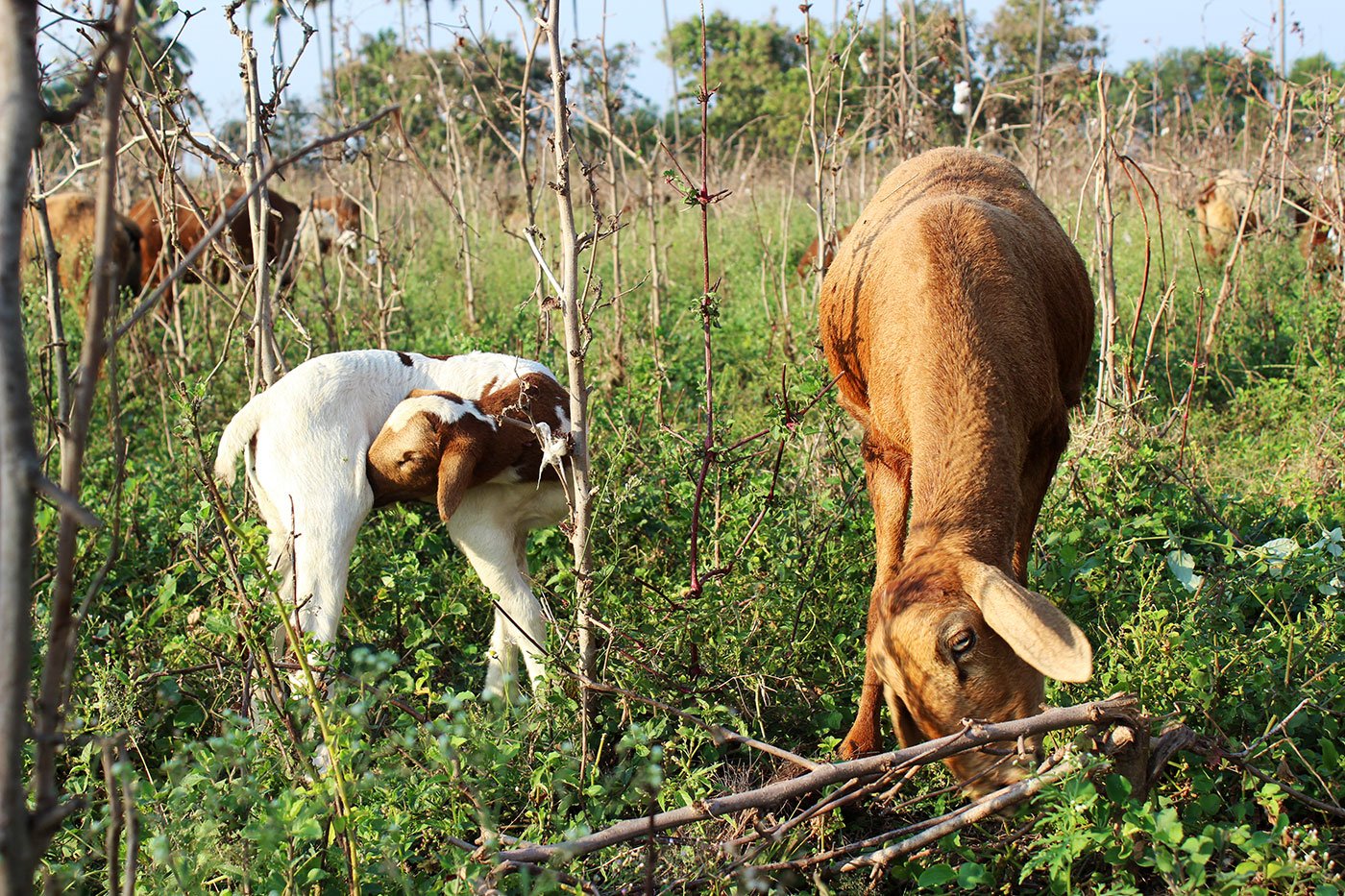 Among the first migrants to "Amaravati" , the proposed riverfront capital of Andhra Pradesh

The 34-year-old had travelled over 150 kilometres along with 1,000 goats and nine other men from his village, Mallampalli, in the neighbouring Krishna district, inching along highways and bylanes, to reach the site of the city-to-come. When and if completedthe greater capital region will cover 8,603 square kilometres. At present, this is probably the largest pasture land in Andhra Pradesh.

“We walked about 15 days to get here,” says Goriparthi Sivaramakrishna, another herder. “Some men from our village came to scout the place and then word just got around that there is empty land where goats can be taken to graze.” 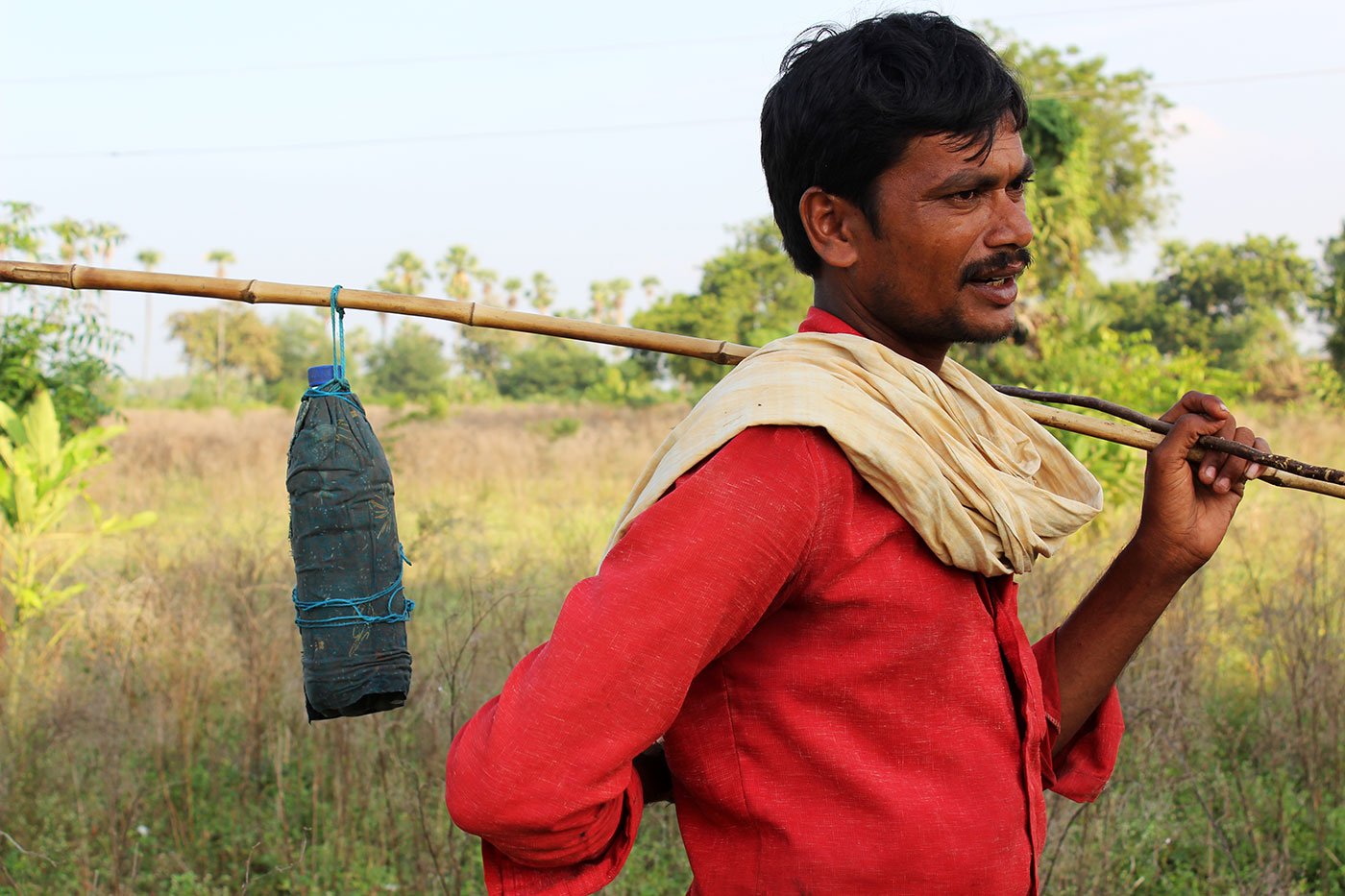 Cultivation has become difficult due to the "land pooling" scheme, which is essentially a way for the government to take over peasant holdings. Since outright appropriation has become harder after the Land Acquisition Act of 2013, the Andhra Pradesh government came up with what it thought was an ingenious way to beat back resistance: the land required for the capital will be 'pooled’, and those who contribute their own will get up to 30 per cent of that acreage back at a later time. This is based on the claim that by then it will be developed, and thus priced much higher than current market rates.

Though participation in this pooling exercise is supposed to be ‘voluntary’, there have been press reports of farmers alleging intimidation and coercion by the local administration. The government has also begun the process of clearing the ‘pooled’ land of any traces of green, using heavy machinery. Most farmers, even those who still own their land, have stopped growing crops. Caught in the middle is the fate of the fertile lands of Amaravati, where the influx of goats and sheep poses another major problem. 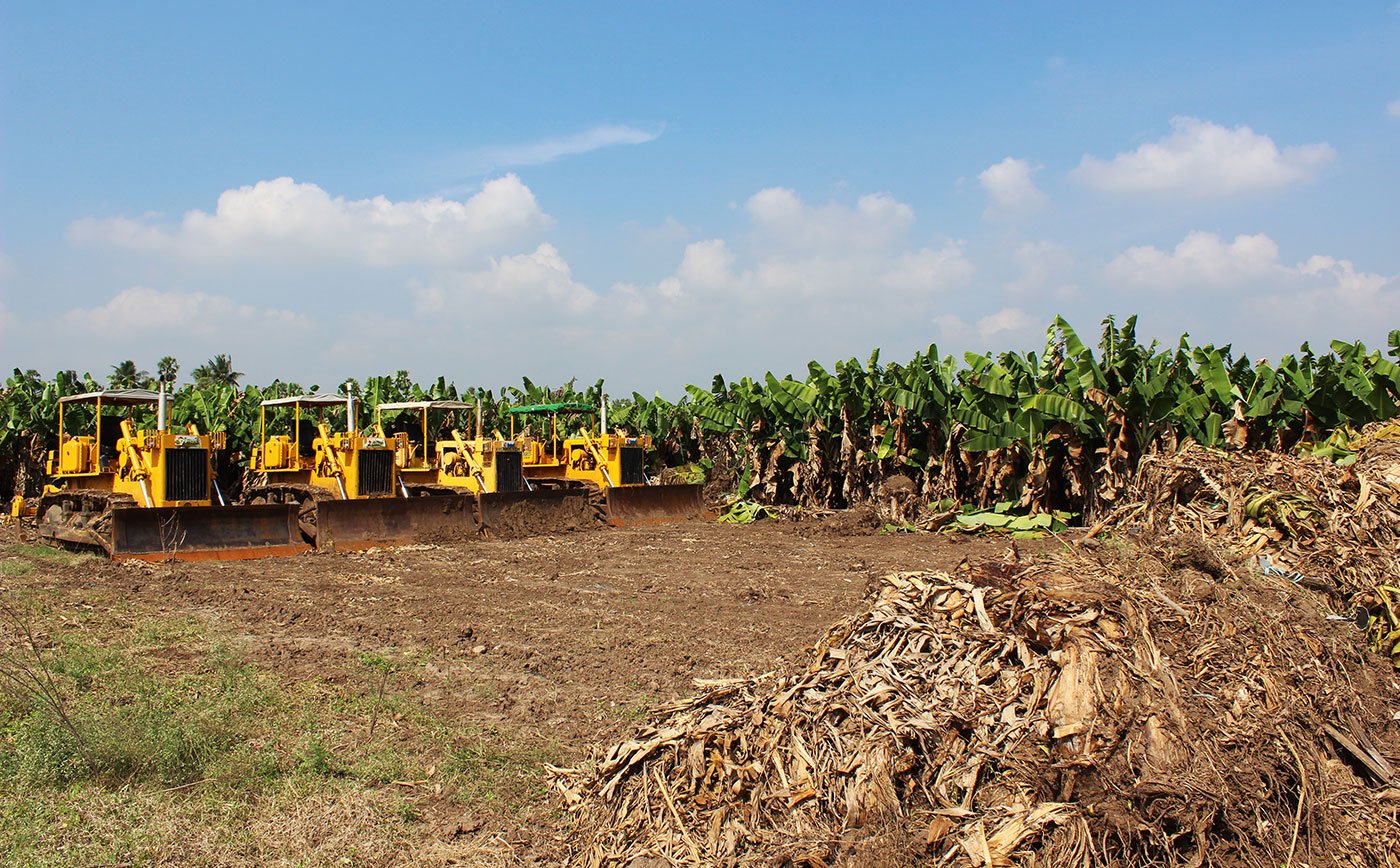 The costs incurred by farmers for fencing and guarding crops have spiralled since the animals started coming to Amaravati months ago. This is now a source of friction between farmers and herders. Many peasants who haven’t yet given away their land for pooling, and can still cultivate it if they choose to, have decided to hold back on farming, at least for a while. As a result, much of these once fertile lands to the south of Vijayawada now remain barren and overgrown with weeds.

Like that of the farmers, the future of the goat-herders too is uncertain. Just ahead of the foundation ceremony for the new city last October, in which Prime Minister Narendra Modi participated, all the herders were asked to leave the area. “Some of us hid near the sandy banks of the Krishna river. Others left for nearby villages,” says Sivaramakrishna. Days before the ceremony, the highways in the area were clogged with goats and sheep, say local residents. 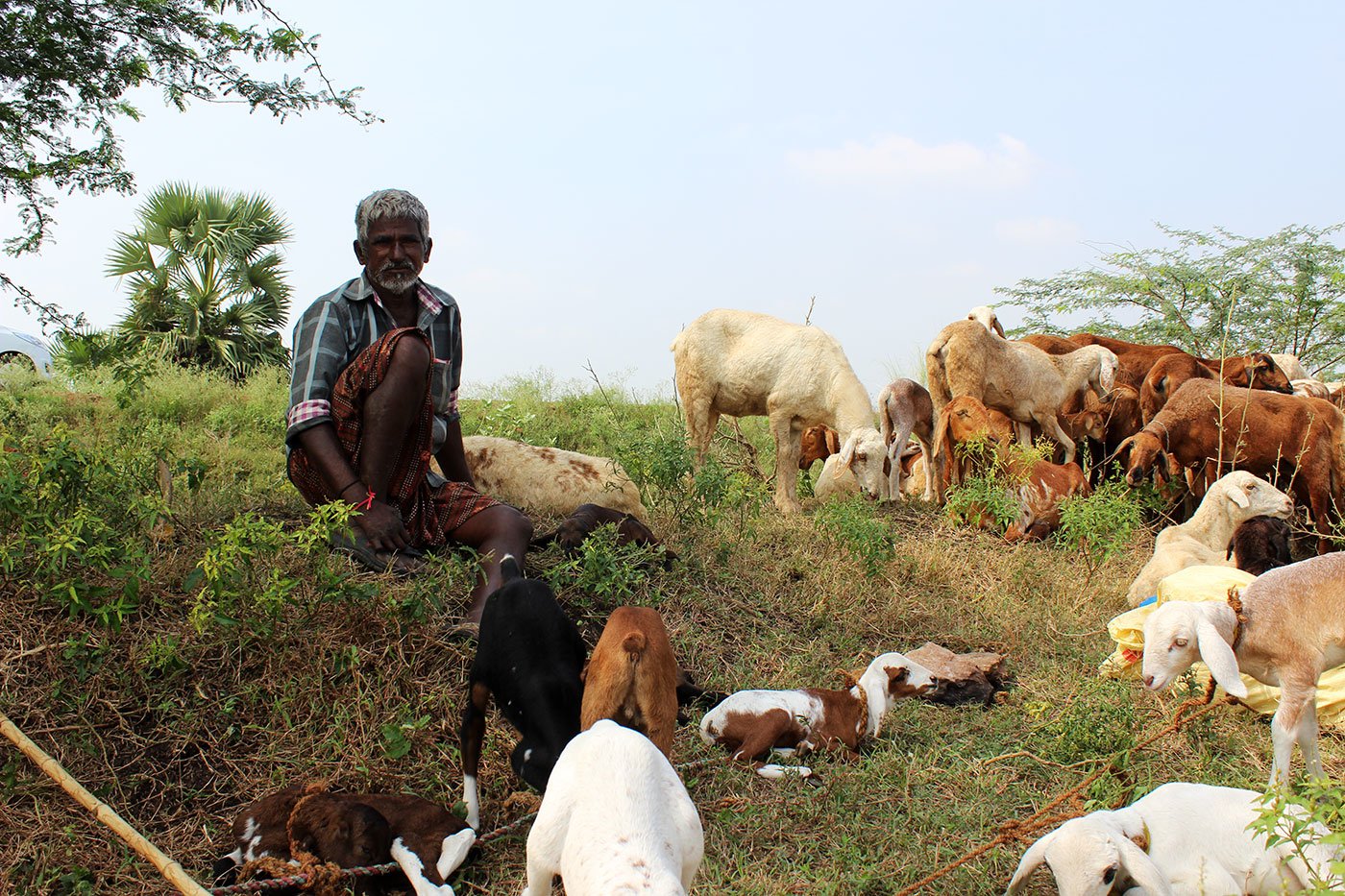 The future of the goat-herders is uncertain too, while they, like the farmers, await Amaravati

For now, the herders are back to Amaravati to carry on with their lives. They wake up at dawn and start tending their goats from 7 a.m. Most of the herders are in their mid-20s to late-30s. They move together in groups of 10 to 15 men and 1,000 goats – the unifying factor is their village identity and nomadic lifestyle.
During the many months when the herders are away from their villages, they sleep and eat in the open fields. This means they have to take hourly turns to keep vigil. “We have to be constantly alert. We recently lost a few goats at night because someone slept off,” says Sivaramakrishna.


Since a good, fat adult goat fetches about Rs. 4,500, losing even one can be rather troublesome. During the summer months, the herders return to their native villages. “That is when the land remains uncultivated and can be used for grazing,” says Kukkala Rama Koteswara Rao. “The rest of the year, the fields are full of chilli plants.” 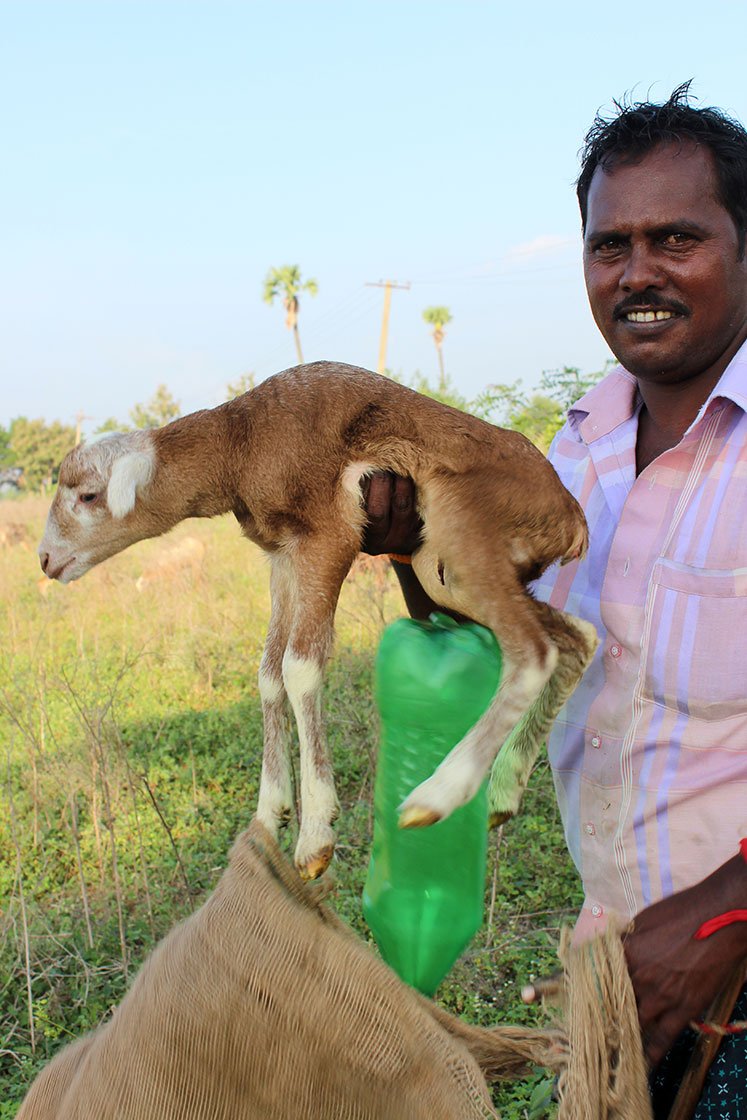 An adult goat can fetch Rs. 4,500, so the herders keep a vigil to ensure the animals are not kidnapped

Just when the fields in their native villages start turning into farmland each year, the herders start their southward trek – across the Krishna river – in search of pasture lands. Earlier, many of them used to drive their goats up to the Vellampalli forest, a further 80 kilometres south from the region designated as the site for the future capital, Amaravati. 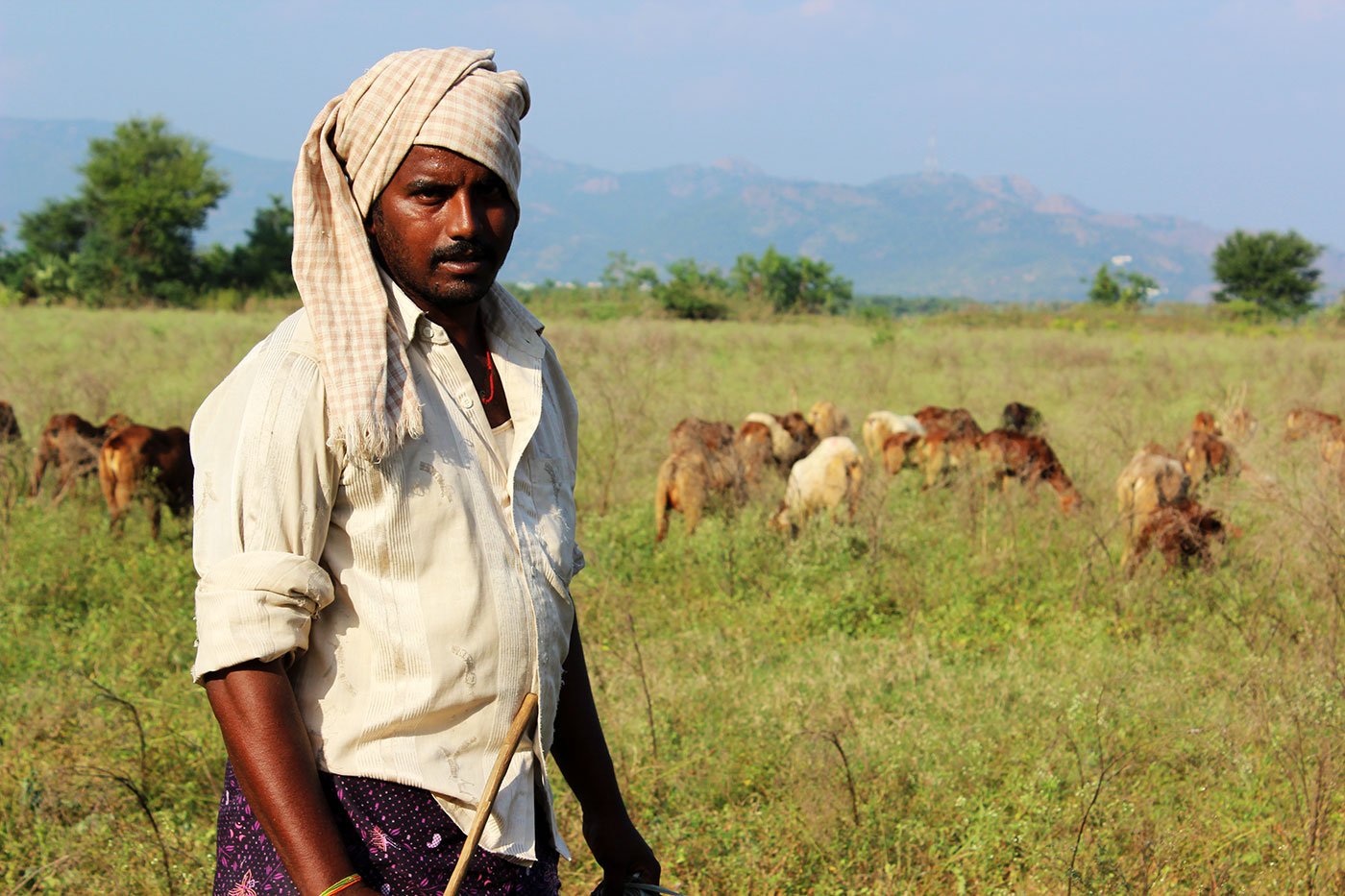 'Who knows what will happen when they start building that city?'

“We had to pay a nominal fee to use those forests,” says Koteswara Rao. “For now, we and our goats are surviving off this land meant for the capital. Who knows what will happen when they start building that city?”

Ajai Sreevatsan is an independent journalist; he has previously worked with 'The Hindu.' Sri Lakshmi Anumolu is an activist working on issues related to land acquisition in Andhra Pradesh. Both are presently Young India Fellows under a fellowship awarded by Ashoka University, Sonepat