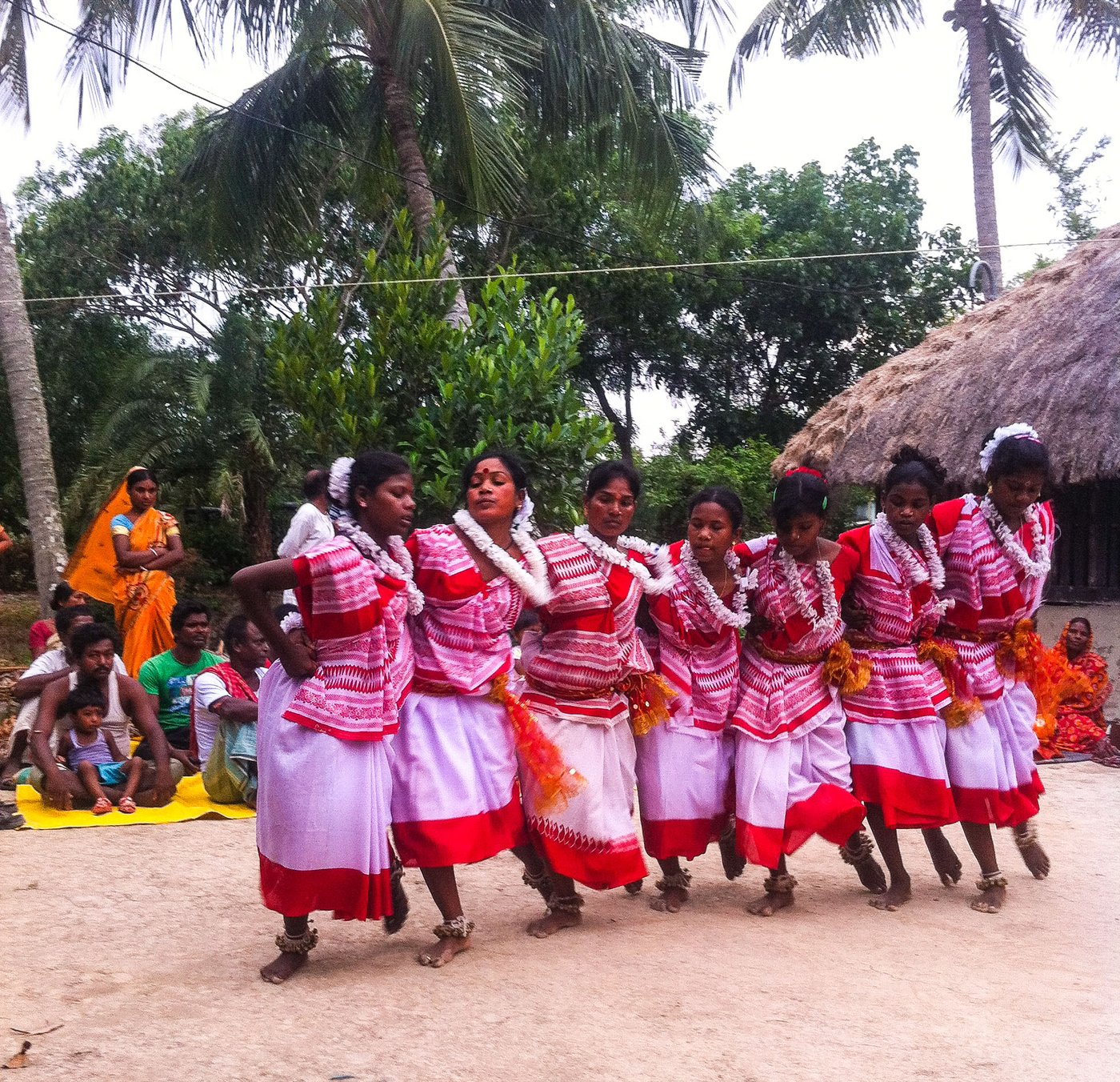 Watch video: Munda Adivasi women of the Tiblighiri Adivasi Tushu Sampraday sing songs in their indigenous languages. They are descendants of indentured labourers from Jharkhand, brought to the Sundarbans two centuries ago

Music has an important role in the lives of the Adivasis of the Sundarbans.  Groups such as the Santal, Munda, Oraon and Ho were brought to this region by the British in the 19th century. As indentured labourers, they cleared the forests and barricaded the rivers.

Their descendants now speak Bengali after decades of living in West Bengal.  They use song and dance to try to preserve the memory of their original languages such as Banua. Some have formed groups like the Tiblighiri Adivasi Tushu Sampraday. Villagers and tourists look forward to their performances, which provide the Adivasis with a source of income and help them sustain their cultural heritage.

The videos featured here were shot in May 2016.

Co-director Arjun Mondal is a resident of Rajat Jubilee village in Gosaba block. He catches and sells crabs for a living and runs a non-governmental organisation.