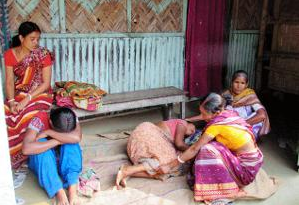 'Only 3 Maharashtra farmers ended life due to unseasonal rain'

The government of Maharashtra now claims only three farmers killed themselves on account of distress arising from unseasonal rains.

MUMBAI: A day after TOI reported about 601 farmer suicides in the state between January and March this year, Union agriculture minister Radhamohan Singh told Parliament that only three had committed suicide in the state due to unseasonal rains.

TOI's report was based on state government data. The Union minister said that his figures were based on a report from the state government. "I am basing my answer on reports provided by state governments on farmer suicides caused by unseasonal rains and hailstorms. I do not know how credible these are," Singh told Parliament.

The state Congress has accused the BJP-led state government of trying to hoodwink the public and threatened a state-wide agitation. "The BJP government is totally insensitive. Who will believe such low figures," asked Congress MP and state party chief Ashok Chavan. "We will launch a state-wide agitation seeking total loan waiver and compensation for kin of affected farmers," he added.

Later, state agriculture minister Eknath Khadse said there was no contradiction between the figures. He told a TV channel, "There were 601 farmer suicides between January and March, of which 141 were eligible
for relief, but only three were linked to unseasonal rains and hailstorms."

Report 14: The original version of this story appeared in The Times of India on 21 April 2015