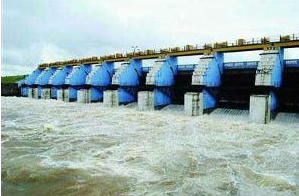 The state has nearly 70,000 small irrigation projects worth over 4,600 crore, but only 12 per cent of the irrigation potential generated so far is actually utilised, says Maharashtra's Economic Survey 2014-15

MUMBAI: They are cynically called build-and-forget projects. At a time when the state faces a fierce drought, the irony is that Maharashtra has nearly 70,000 small irrigation projects worth over 4,600 crore—but they are barely used. Only 12% of the irrigation potential they have generated so far is actually utilized, according to Maharashtra's Economic Survey for 2014-15.

Scattered across the state, these tiny bunds, percolation tanks and canals could have made a critical difference to water-starved villages. But with hardly anyone to look after them, the bulk of these schemes have fallen into disrepair, say experts. Some are choked with silt, others broken or even vandalized.

The state has 69,781 minor irrigation projects in the local sector, with each project having the potential to irrigate up to 250 hectares (an area equivalent to 80% the size of the Bandra Kurla Complex). The irrigation potential generated by such projects by 2013 was 16.25 lakh hectares. Yet of this, merely 2 lakh hectares was utilized, the recently released Economic Survey reveals.

Bizarrely, the usage is even lower than the previous year when there were 3,000 fewer projects. The irrigation potential utilized in 2012-13 was, in fact, marginally higher at 2.15 lakh hectares, according to last year's Economic Survey.

The problem is these small, local projects are not maintained, experts say. "These are wasted assets. We call them build-and-forget projects. There is no budget or manpower dedicated to manage them," says Pradeep Purandare, expert member of the Marathwada Statutory Development Board. 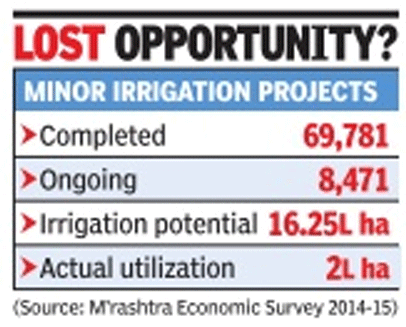 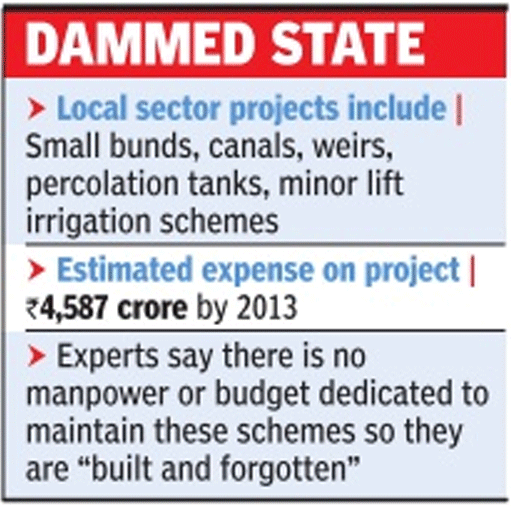 The funds poured into constructing the schemes added up to a steep Rs 4,587 crore, according to economist Vijay Kelkar's 2013 report on balanced regional development in the state. Ongoing and future projects were estimated to cost another Rs 4,500 crore, the report said.

Officials admit the projects suffer from the lack of a staff with the expertise to monitor them.

The neglect has resulted in projects choked with silt or canals with broken gates. 'In some cases, the gates to a canal are broken or the slope leading from a canal to a field has become flat so the water does not reach the field. Or the intake point in a lift irrigation scheme could be blocked by silt or branches," says former Union water resources secretary Madhav Chitale who recently probed the irrigation scam.

In the single district of Osmanabad, hundreds of KT weirs were constructed to block river water, but few of these are working says Purandare. "Nearly 1,000 KT weirs were built. But in most cases the plates inserted to block the water have broken or been tampered with. So they are of no use."

The state government says such lags will be addressed by its Jalyukta Shivar Yojana, which is aimed at drought-prone villages. "Till now we focused on building irrigation projects but our priority under the scheme will be water conservation," says state water conservation minister Pankaja Munde.

If these local sector irrigation projects are optimised, Chitale says they could help stem drought-driven migration. "They could be the backbone of rural stability. While they will not generate enough water for cash crops, they can help irrigate seasonal crops and even provide drinking water," he says.

Report 12: The original version of this story appeared in The Times of India on 17 Apr 2015