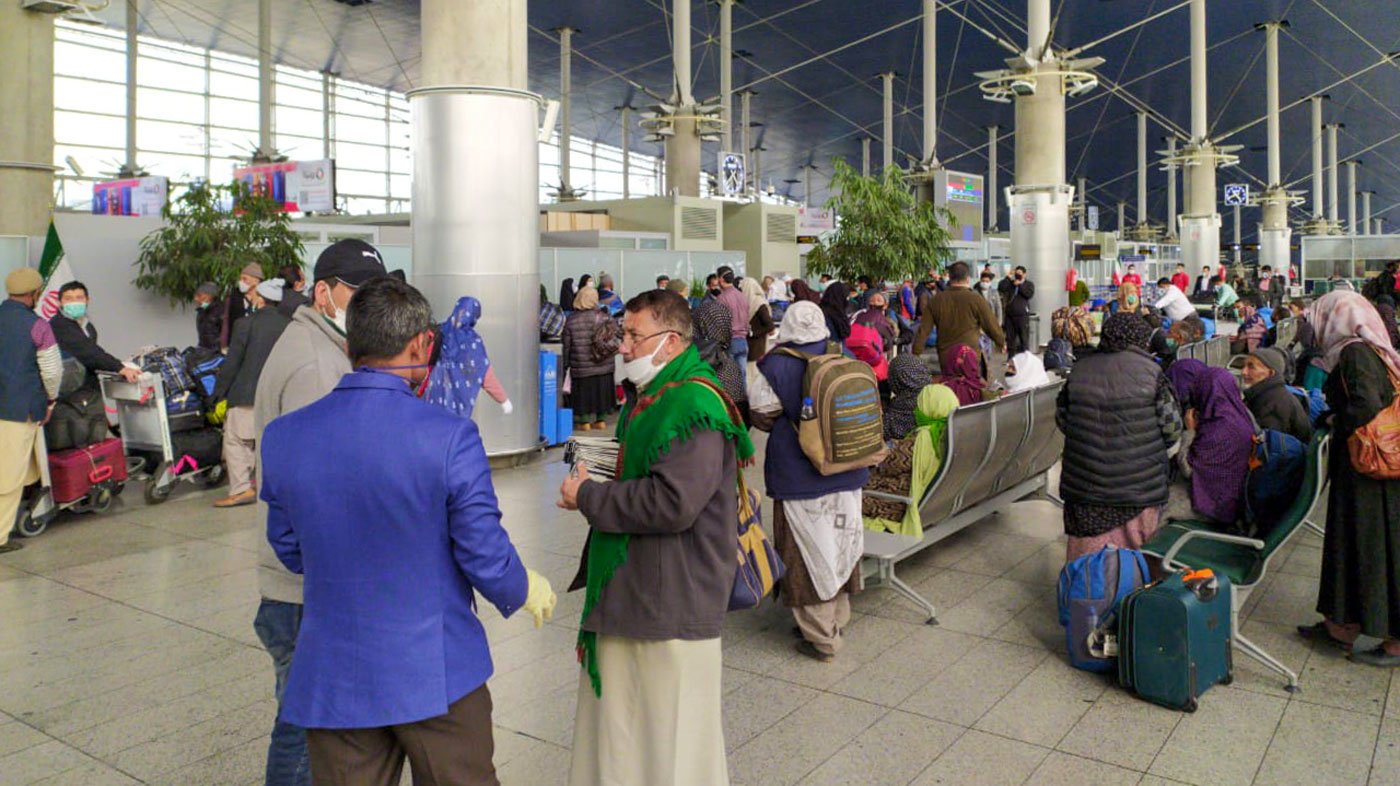 As many as 254 Indian pilgrims from Ladakh, most of them elderly, have been stranded for over a month in the city of Qom in Iran, sparking tension at home

“The Indian Embassy in Iran sent our Covid-19 tests through WhatsApp messages – these recorded only the passport number and [whether we] tested positive or negative. More like an exam result [sheet] where we search for our roll numbers to know if we got through or not. But no actual reports have been handed to us to date,” says Shabbir Hussain Hakimi. Only a positive or negative ranking. The 29-year-old from Kargil, Ladakh, speaking to us from Qom in Iran, had accompanied his parents there in January this year on a pilgrimage to shrines sacred to Shia Muslims.

Thousands of Shias from India visit Iran each year to offer prayers at the shrines of Imam Ali, Hussain and those of other members of Prophet Mohammad’s family. About 1,100 of them – mainly from Jammu, Kashmir, Ladakh and Maharashtra – were stranded in the city of Qom this year when their return flights to India were cancelled over rising fears of spreading infections after the coronavirus outbreak in Iran.

“The collection of our samples began on March 2 this year and continued till March 10. We were assured that the samples would be sent to Pune for testing first, after which every one of the stranded Zawars [pilgrims] would be airlifted back to India,” says Shabbir. The first set of test results of 78 Zawars was declared as negative and they were called to Tehran to be flown to India on March 10 by an IAF C-17 aircraft.

“Surprisingly, 19 of them were sent back to Qom without being given any reasons,” says Shabbir. Soon after, 254 Zawars from Ladakh were declared by the Embassy as having tested positive. “The Indian Embassy,” asserts Shabbir, “didn’t hand over even a simple mask to those who tested positive, forget about getting them quarantined. Instead, some of us volunteered and took them back in batches to  a hospital in Qom for examination, in the hope that at least a few might get admitted.”

A questionnaire this reporter sent to the Indian Embassy in Tehran three days ago is yet to elicit a response. 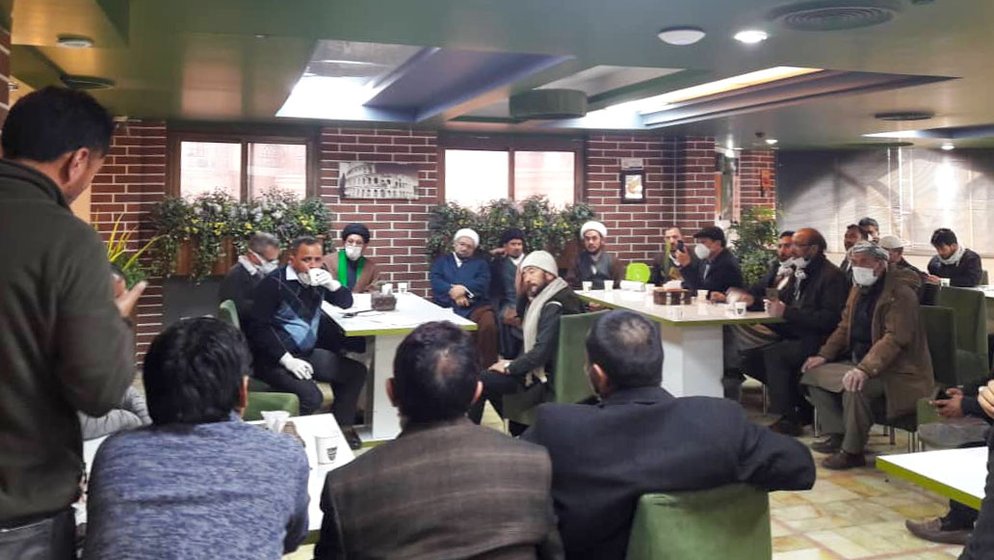 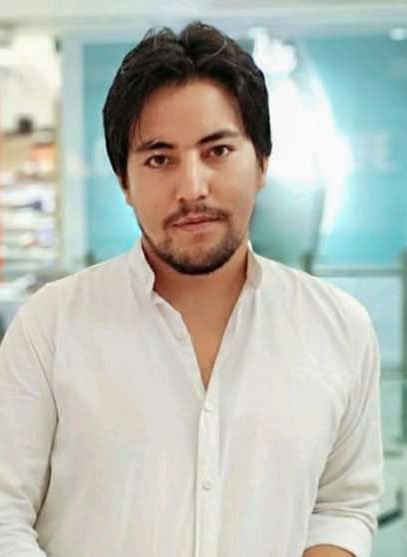 Most of the Zawars are over 65 years old – many in their mid-to-late 80s – so their well-being was the main concern and priority of the younger travellers and companions. But doctors at the hospital, examining the same patients who had been declared positive, found none of them to be showing any symptoms. This meant all these pilgrims, now running short on cash, had to return to whatever tiny and crowded lodgings they could afford. Subsequently, though, both governments have stepped in and the stranded pilgrims are now not paying for their hotel or lodge rooms.

“Embassy and consulate officials have been reassuring the Indian nationals [in Iran] and ensuring that they are in good health and had adequate provisions,” India’s foreign minister, S. Jaishankar, told the Lok Sabha on March 13.  Also, “as a country whose citizens are spread across the world, this is a matter of utmost concern. At the same time, it is absolutely essential that we react responsibly and soberly. What we say and what we do should address problems, not spread panic.”

A laudable position. Contradictorily, though, media headlines spoke of 254 Ladakhi pilgrims in Iran being declared positive (though these later morphed into ‘cannot be confirmed yet’ cases). That did result in stress, confusion and a lot of panic, especially in Ladakh where almost two entire villages – Chuchoot Gongma in Leh and Sankoo in Kargil – were placed and are still under quarantine. A series of  WhatsApp voice messages started popping up, some of them with a communal and racial tone. And Ladakhi students studying in Jammu and elsewhere became targets of bullying, discrimination and racist slurs.

The panic was such that when Mohammad Ali, 73, died in Chuchoot village, no one was ready to help his family with the burial. It later turned out that the cause of death was a urinary tract infection, not Covid-19. “I would not wish even my enemies to experience such despair and helplessness,” said his son Mohammad Issa, recalling the experience. 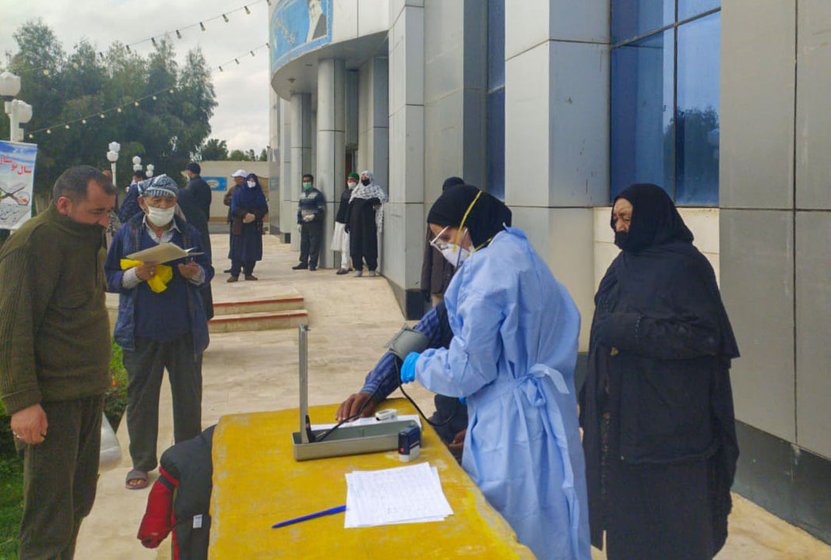 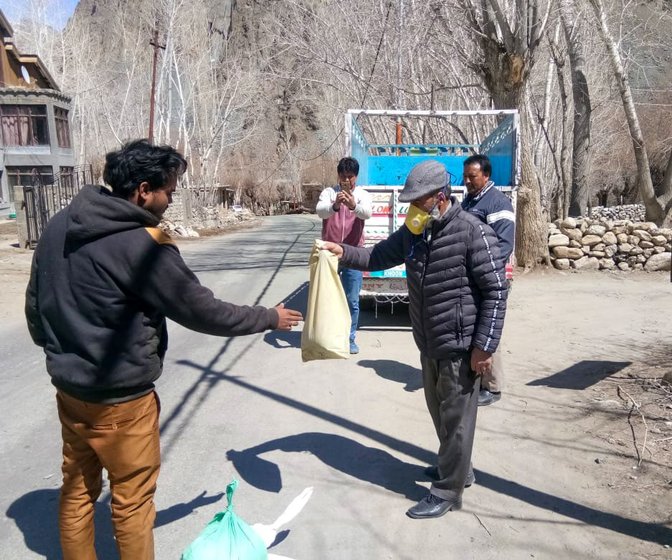 On March 21, a lawyer from Kargil, Mustafa Haji, filed a petition in the Supreme Court of India seeking the issuing of an order /directions to the union government for immediate evacuation of Indians stranded overseas, particularly the pilgrims in Iran. On March 27, the apex court directed the government to produce a report by March 30 on the steps it had taken to address the situation.

Recognising the urgent need to act on the matter, the court said: “We hope and trust that in the meantime all necessary steps that are required to protect the welfare of these citizens will be adopted and a suitable plan of action will be chalked out in consultation with all the concerned authorities, including the Indian Embassy in Iran.”

The government finally presented its report to the court on April 1, almost a month after the collection of samples began. “Why the delay and confusion for evacuating Indian pilgrims from Iran – that too in such a situation, knowing that most of them are highly susceptible to the virus pandemic?” asks Mustafa.

Meanwhile, Mahan Air, a private airline in Iran, volunteered to fly out those pilgrims testing negative and evacuated 253 on March 24, and 224 pilgrims on March 28. This still leaves 324 Ladakhi pilgrims in Iran – 254 of them suspected of being ‘corona positive'.  There are also 70 volunteers (they’ve tested negative), including younger people like Shabbir, who have stayed behind to help look after their elderly seniors. 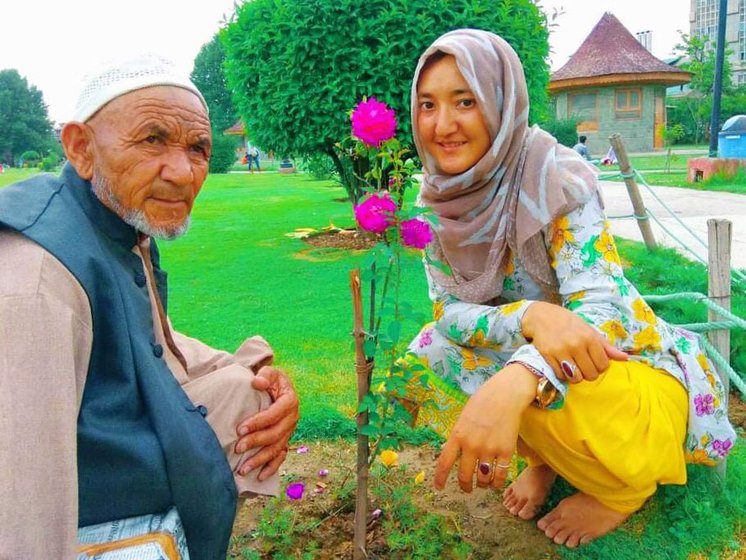 Left: Some of the pilgrims airlifted from Iran, at a quarantine camp in Jodhpur. Right: File photo of pilgrim Haji Mohammad Ali with daughter Hakima Bano

Some of those who tested negative and were flown to India are in quarantine camps in Jodhpur, Rajasthan. Like Haji Mohammad Ali, 79, of Kargil town. "I'm a little relieved now that my dad is in India, quarantined in Jodhpur,” his 25-year-old daughter Hakima Bano, told PARI. “But I'm still worried. We can't wait to see him back home, reunited with the family. "

Shabbir completed one month in Iran as a stranded pilgrim on March 28. “We were finally provided hotel rooms – after weeks – and they now send Iranian doctors to do regular check-ups. However, the rooms are 8,6 and 12-bedded – so it’s still not a proper quarantine. It has been more than 14 days for the 254 Ladakhi pilgrims who were declared positive, but no one has collected samples for a second test.”

“We just want to come home,” says Shabbir. “Take all the precautions needed [like second tests and quarantine], but take us home. If not of the coronavirus, most of the elderly here will die of depression, underlying diseases and the grief of being separated from their loved ones.”

What hurts him most: “Our families are in despair and Ladakhis in panic back home. Please stop calling the 254 pilgrims ‘corona positive’; they are corona suspects as we are yet to be shown proper medical reports of their being otherwise.”