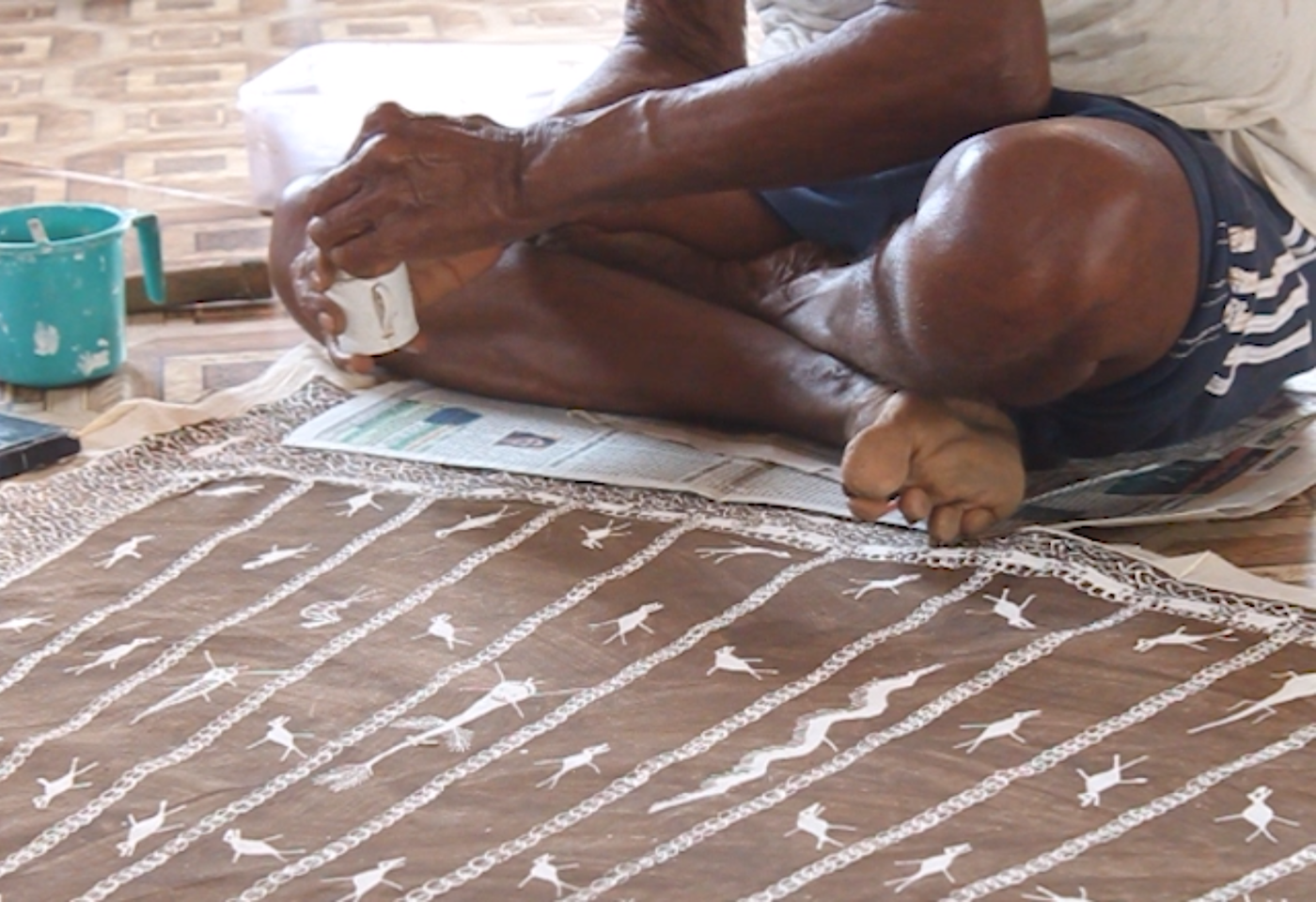 'It's the Warlis who make these paintings'

Veteran Warli artist Jivya Soma Mashe, who passed away in 2018, brought acclaim to his community's art. In this video shot in 2015, he and his son Sadashiv speak of traditional strokes and changing times

“‘People think that if you draw something on a cloth, it’s a Warli painting. But they [non-Warli artists] don’t know how to make paintings with our gods, they don’t know our stories,” said Sadashiv, the son of veteran Warli artist Jivya Soma Mashe (1934-2018), when I met them in May 2015 at their home in Ganjad village of Dahanu taluka in Palghar district. His father was then around 80 years old.

The style of painting done by Warlis is now seen in exhibitions, hotels and drawing rooms, on dupatta s and sarees and crockery. But often, these are made by non-Warlis. The distinctive paintings were originally the preserve of Warlis, an Adivasi community living on both sides of the Maharashtra-Gujarat border. In Maharashtra, they mainly live in Dhule, Nashik and Palghar districts, and in Gujarat, primarily in Valsad.

Watch video: Jivya Soma Mashe and his son Sadashiv speak of their art and its changing countours

Jivya Soma Mashe was the first Warli Adivasi to begin painting on canvas in 1971. Until then, it was usually married women in the community who traditionally practiced this art form. They would paint on the mud walls of huts during ceremonies like weddings.

Mashe, who won the Padma Shri in 2011 and is often credited with popularising Warli painting in India and abroad, passed away on May 15, 2018. In this video, he and Sadashiv (also an artist) talk about applying dung on canvas, how Mashe started using poster colours, which sticks he prefers to paint with, and how the art form is slowly losing its traditional roots.

Namrata Bhingarde is a Mumbai-based journalist in the print and electronic media. She is the social media manager at Paani Foundation, which focuses on watershed management in Maharashtra's drought-affected areas.