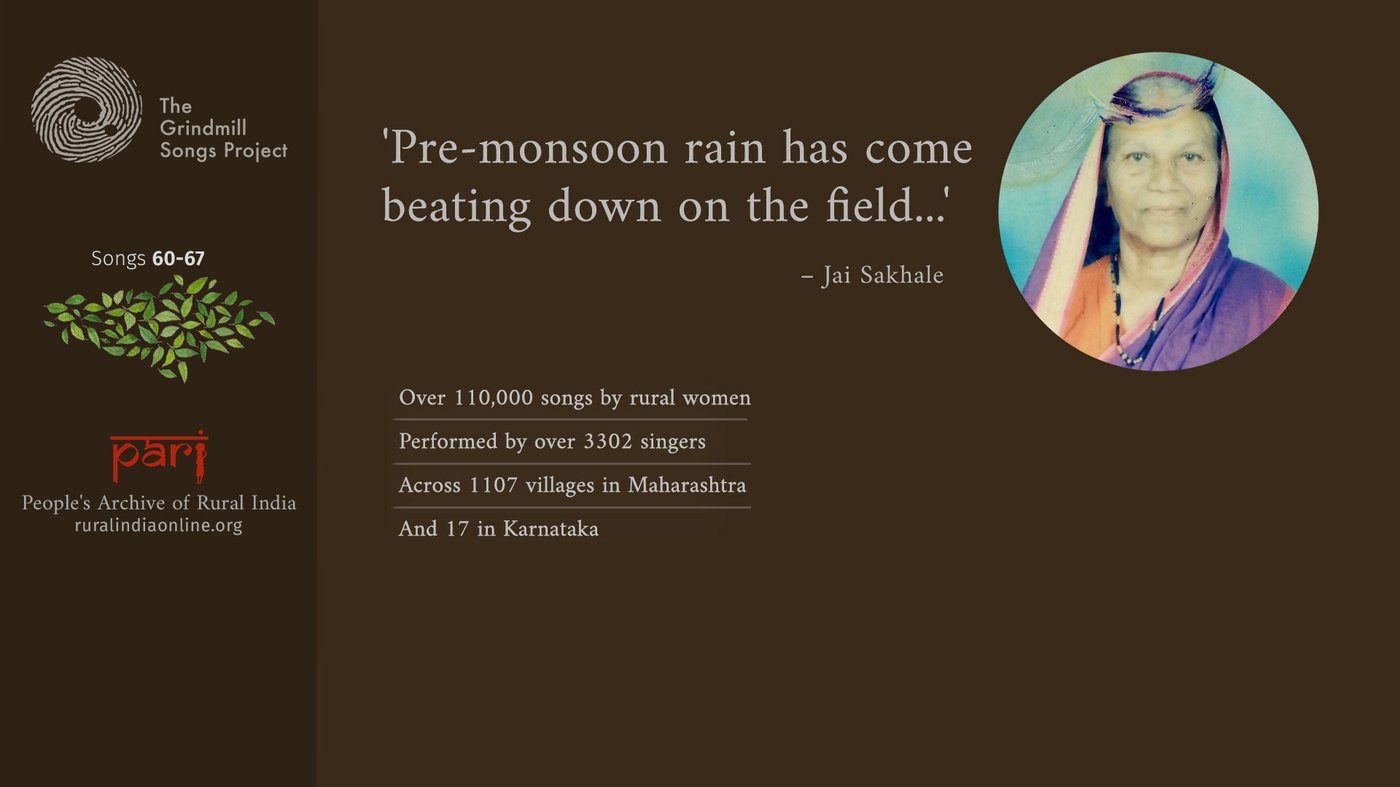 The farmer and the rain song

This edition of the Grindmill Songs Project brings you melodies of the rains and fields, ploughing and sowing. It features eight audio couplets by Jai Sakhale and three video recordings by Chababai Mhapsekar/Sutar, both of Lawarde village, Mulshi taluka , Pune district

In the 27 constellations or nakshatra of Hindu astronomy, Rohini appears before Mriga, and both are associated with the rains. Rohini brings pre-monsoon showers while Mriga is believed to bring the monsoon rains, both very important for farmers and agriculture. Farmers plough the fields after the pre-monsoon showers, and follow that with sowing when monsoon begins. The earth gets heated during summer and the pre-monsoon showers moisten and cool the soil.

In rural folklore in some parts of Maharashtra, a sister and her brother symbolise the two nakshatra . Traditionally, the sister (Rohini) is married at a younger age and before the brother (Mriga). The sister thus has a child before the brother does. This comparison of the two nakshatra with male and female siblings forms an important and popular ovi in this edition of eight grindmill songs.

As many as 97 women from nearly as many different villages across Maharashtra sang this ovi for the Grindmill Songs Project . These audios were recorded between January 1996 and October 1999.

Jai Sakhale, one of the singers, died in 2012. The audios clips featured here are the ovi she sang when Bernard Bel and others of the Grindmill Songs Project team recorded them on October 5, 1999. When we re-visited Lawarde village in Mulshi taluka of Pune district on April 20, 2017, we met her daughter, Lila Shinde, who showed us a framed photograph of her mother Jai. 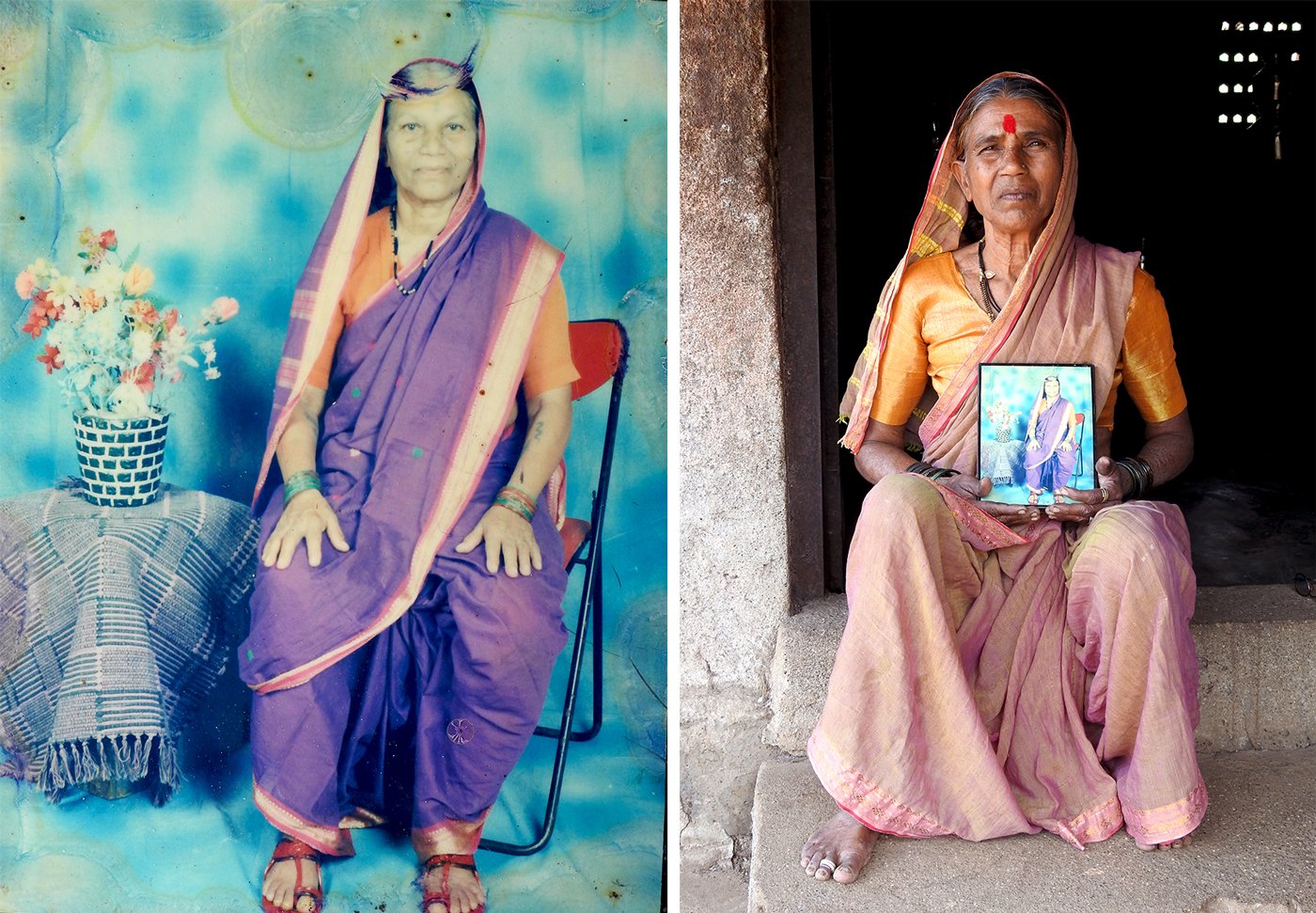 In the same village, we met Chababai Mhapsekar/Sutar, now 74 and one of the 11 singers from this village whose ovi are in the grindmill songs database. “I cannot remember the songs,” she said. When we asked if she remembered any ovi about summer rains, a few songs flowed forth easily.

The video featured here – recorded during our April 2017 visit – conveys Chababai’s exuberance and joy in singing grindmill songs after a long time.

We said goodbye to Chababai and her husband Gopal Sutar, who worked as a carpenter when he was younger, and went in search of another singer from the village. 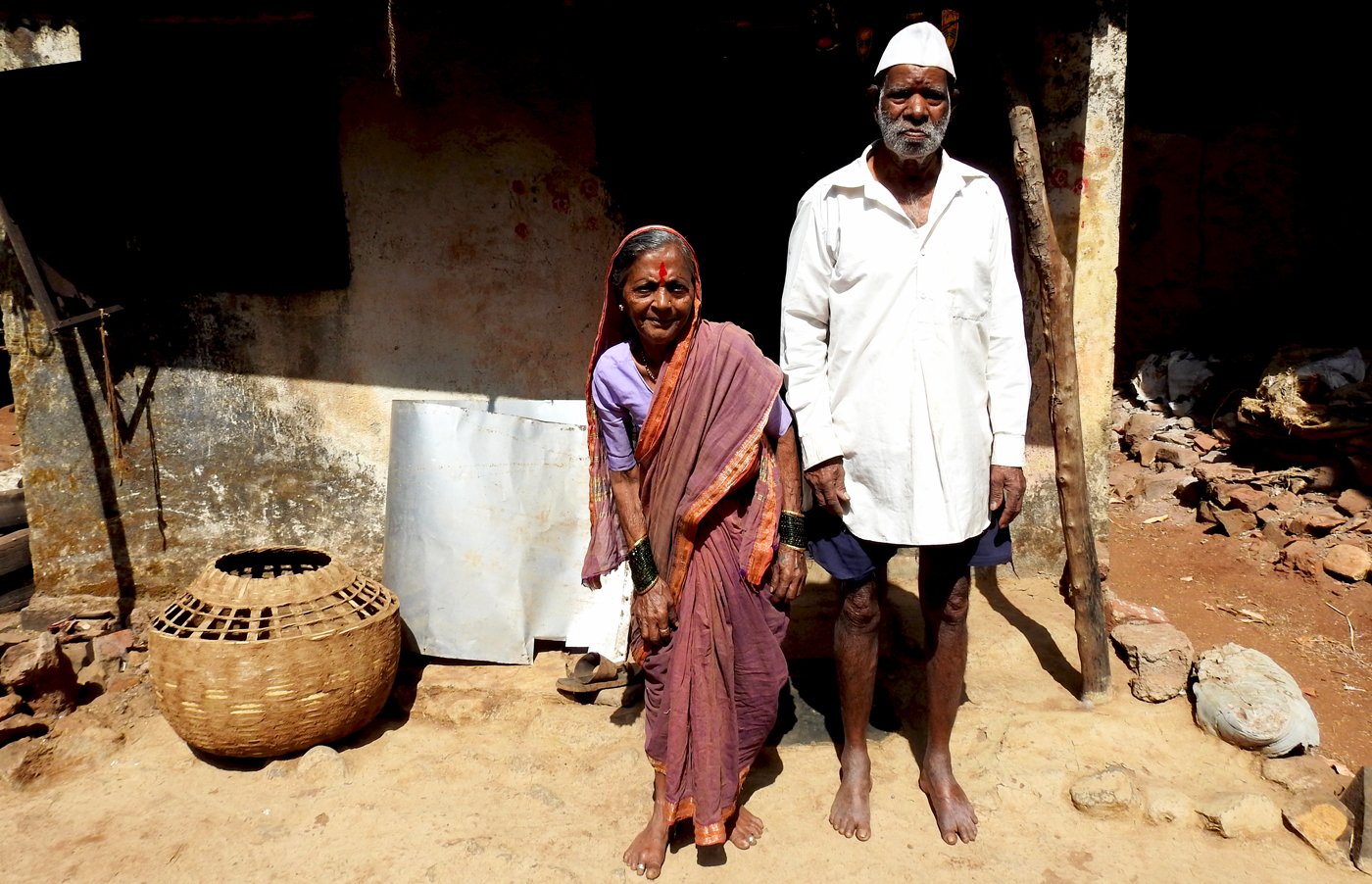 This edition of the Grindmill Songs on PARI features eight ovi by Jai Sakhale.

“It has been raining for a long time and my son has gone to the fields, sowing wheat using a drill-plough,” the singer says in the first song. The second is a variation of the first: it is raining and the son is sowing rice in the field.

In the third couplet too, the performer tells us that it is pouring from above and her sons have left for sowing.

In the fourth ovi , the popular rain song, the singer tells us that when it rains, the showers associated with the Rohini nakshatra fall before those influenced by the Mriga nakshatra ; (just as) a cradle rocks in the sister’s home before it does in the brother’s. (Pre-monsoon rain is associated with Rohini and monsoon with Mriga).

The fifth verse speaks of rains that are beating down on the fields, and the ploughman who runs the drill-plough under the jasmine tree.

In the sixth ovi , the performer sings that she cannot decide which field to go to because there are so many fields. She tells her son that they should plant a jasmine tree on the bund (which would help her to find their field easily).

When the singer reaches her son’s field in the seventh couplet, she stands there and asks him when he did all the work (indicating that her son is hardworking).

In the eighth song, the singer goes to the field carrying a jug for water (possibly rain water) and sings that before the bullocks, the water will go to her thirsty ploughman.

It has rained,  it is raining continuously for long
My son is cultivating the field, sowing wheat with the drill-plough

It has started raining continuously from above
O woman, my sons are leaving for sowing

Pre-monsoon rain has come beating down on the field
Under the jasmine tree, the ploughman is working with the drill-plough

One field after the other, to which field should I go
I tell you, son, we shall plant jasmine on the bund

I shall go to your field and stand there
I ask you, son, when did you do this work

I shall go to the field, I shall take a jug for water
Before the bullocks, my ploughman is thirsty 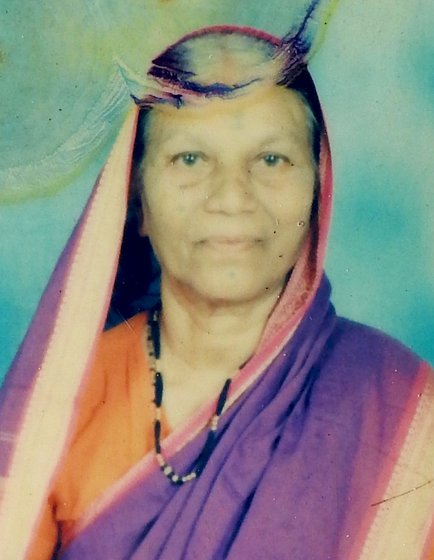 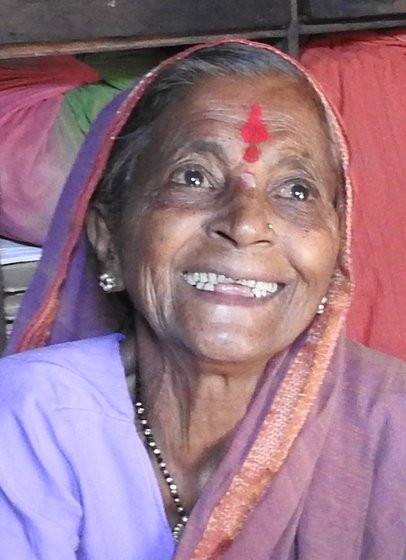 Occupation: Her husband worked as a carpenter in the village in exchange for grain ( baluta ). They grow rice on a two-acre farm, and make an additional income from a small flock of hens.