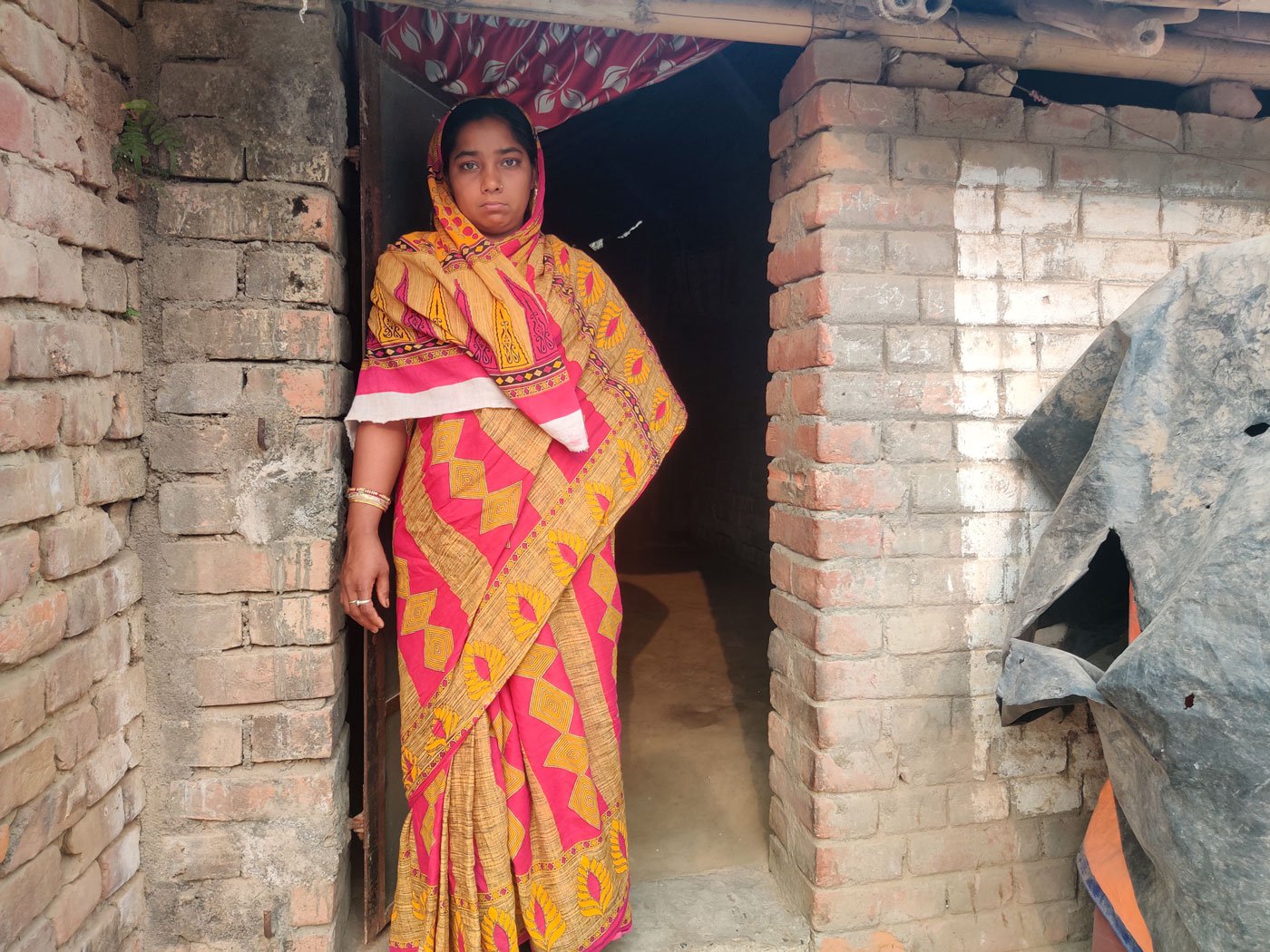 In Maldah: 'Nobody leaves out of choice'

With no industrial activity and low wages in agriculture, men from Bhagabanpur in Maldah district go to work in faraway places like Uttarakhand and Himachal Pradesh, just to survive and send money home

Rehna Bibi didn’t think much when her phone call to her husband, Anas Shaikh, failed to connect at 10.30 a.m.on February 7, 2021. They had spoken less than two hours ago. “His grandmother had died that morning,” says Rehna, who had called him at 9 with the news.

“He could not have made it back for the funeral. So he asked me to do a video call at the time of the burial,” says Rehna, 33, sitting outside her one-room hut in Bhagabanpur village, in West Bengal’s Maldah district. Anas was more than 1,700 kilometres away – in the Garhwal mountains in Uttarakhand. When Rehna rang him the second time, the call wouldn’t go through.

Between Rehna’s two phone calls that morning, disaster had struck in Uttarakhand’s Chamoli district. A portion of the Nanda Devi glacier had broken off and triggered a deluge in Alaknanda, Dhauli Ganga and Rishi Ganga rivers. Massive floods swept away homes on the riverbanks, trapping many, including labourers working at the hydropower plants in the region.

Anas was one of them. But Rehna didn’t know. She tried calling her husband a few more times. She started to worry and soon panic took over. “I kept calling repeatedly,” she says, breaking into tears. “I didn’t know what else to do.” 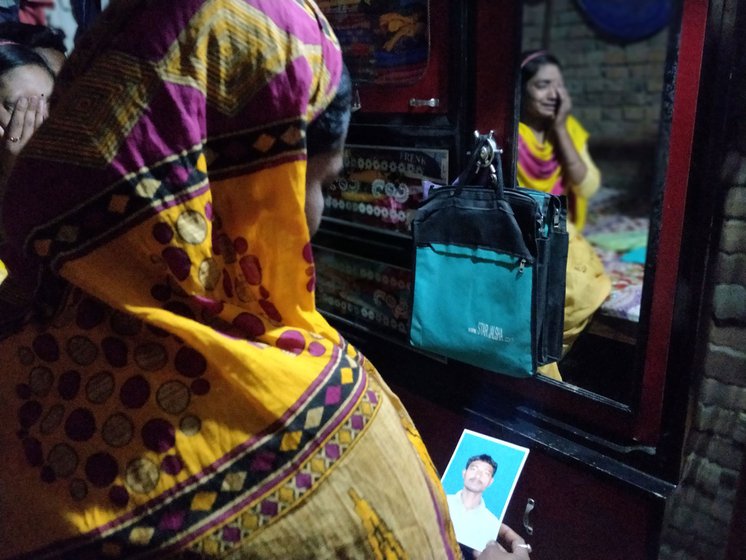 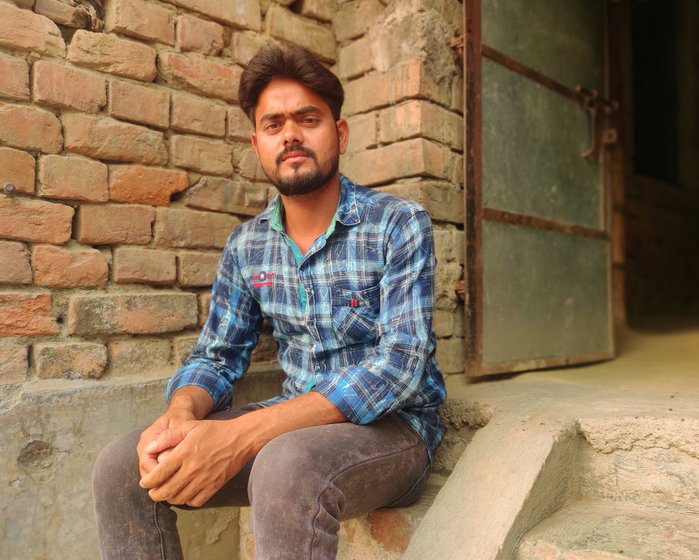 Left: Rehna Bibi with a photo of her husband, Anas Shaikh, who's been missing since the Chamoli disaster. Right: Akram Shaikh works as a lineman in Kinnaur

About 700 kilometers from Chamoli, in Kinnaur, Himachal Pradesh, Anas’s younger brother, Akram, saw the news on TV. “The location of the floods was not far from where my brother worked. I feared the worst,” he says.

The next day, Akram, 26, left by bus from Tapri village in Kinnaur district, making his way to Raini (near Raini Chak Lata village), the site of Rishi Ganga hydel project in Chamoli, where Anas worked. There, the National Disaster Response Force was combing the area for survivors. “I met someone who worked with my brother. He was the only one left from their team of 57. The rest were swept away.”

Akram called Rehna from Chamoli, but didn’t have the heart to break the news to her. “I needed a copy of Anas’s Aadhaar card, so I asked Rehna to send it to me. She immediately understood why I needed it,” he says. “I had to inform the police about my brother just in case they found the body.”

Anas, 35, worked as a lineman on a high-voltage transmission line of the Rishi Ganga power project. He was earning Rs. 22,000 a month. Like most men from his village in Maldah’s Kaliachak-III block, he had been migrating for work since he was 20 years old, returning for only a few days each year. When he went missing, he had visited Bhagabanpur only once in over 13 months.

A lineman's job at the power plant, says Akram, is to set up electrical towers, check wiring and correct faults. Akram, who also works as one, has studied upto Class 12. He started migrating to work when he turned 20. “We learnt on the job,” he says. He earns Rs. 18,000 a month at the hydropower plant in Kinnaur, where he works now. 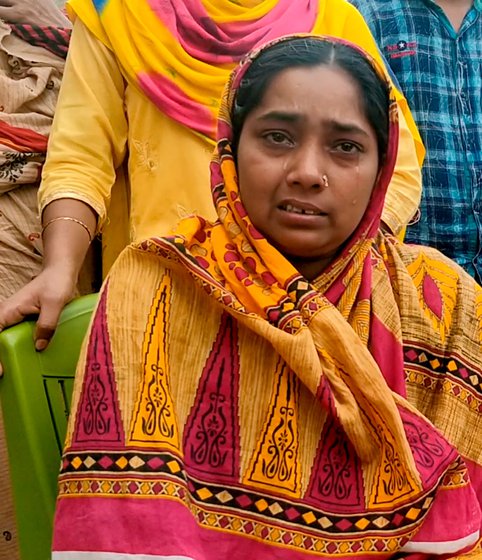 For years, men from Bhagabanpur have been migrating to work at the power projects in Uttarakhand and Himachal Pradesh. Akhimuddin, 53, first went about 25 years ago to work as a lineman. “I was in Himachal Pradesh. I used to get Rs. 2.50 a day when I started,” he says. “We make what we can, keep some and send the rest home so the family can survive.” The networks formed by his generation of workers made it easier for Anas and Akram to follow in their footsteps.

But their jobs entail flirting with danger. Akram has seen many of his colleagues die or get injured from electric shocks. “It is scary. We get little protection. Anything can happen at any time.” For example, ecological disasters like the one that swept his brother away (Anas is still missing; his body hasn't been found). “But we have no option. We have to earn a living to survive. There's no work in Maldah. We have to migrate out of here.”

Maldah is among the most impoverished districts in the country. A large section of its rural population is landless and dependent on wages. “Agriculture is the main source of employment in the district,” says Subhro Maitra, a senior journalist in Maldah. “But landholdings are mostly small and marginal. Many of them often get submerged in the recurring floods. It is unviable for farmers as well as agricultural labourers.” There isn’t any industry in the district and so people go out of the state to work, he adds.

The District Human Development Report: Malda , published by Government of West Bengal in 2007, highlights the reasons for workers’ migration. The report observes that uneven distribution of water resources and unfavourable agro-climatic conditions adversely impact agricultural labour in the district. And slow urbanisation, lack of industrial activity, and seasonality of work in rural areas have reduced wage levels, forcing marginal workers to go far in search of work, notes the report.

In the first week of April, despite the surge in Covid-19 cases in the country, Niraj Mondol, 37, set out from Maldah to find better prospects in Delhi. He was leaving behind his wife and two teenaged children at home in Bhutni diara (riverine island), in Maldah’s Manikchak block. “You wear a mask and get on with life,” he says. “There has hardly been any work since the lockdown [of 2020]. We managed with what the government gave, but there was no cash at hand. There is little work in Maldah anyway.” 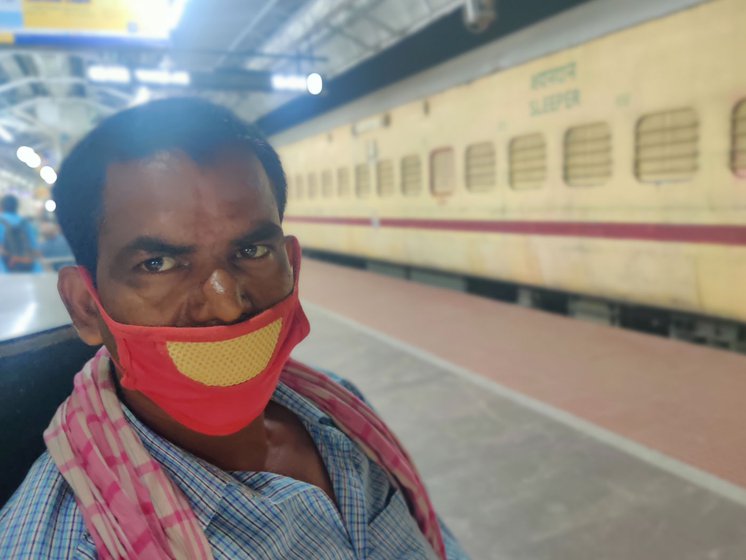 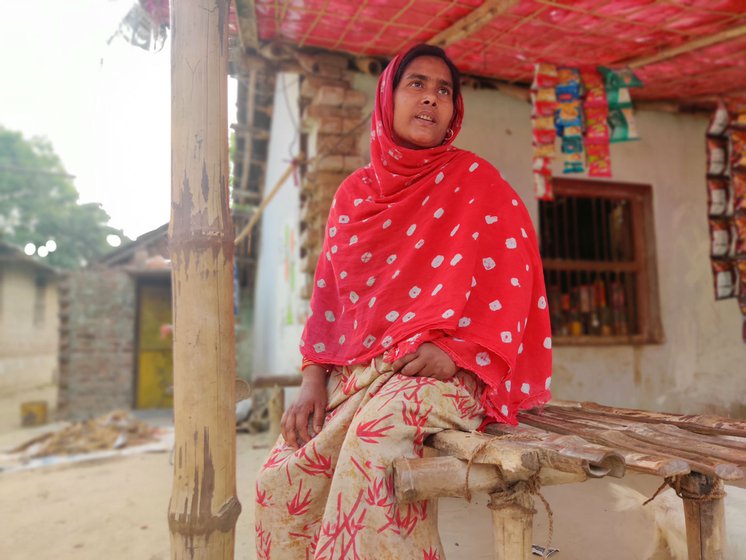 It’s just a few days to go for assembly elections in West Bengal, but Niraj does not mind missing his chance to vote. “Nothing changes on the ground,” he says. “As long as I remember, people have always been migrating from our villages. What has been done to stop that and generate employment? Those who work in Maldah barely get by.”

Gulnur Bibi’s husband knows what that’s like. Nijmil Shaikh, 35, is one of the rare men in Bhagabanpur, a village of about 17,400 people (Census 2011), who hasn’t left. The family own five acres of land in the village, but Nijmil works at construction sites in Maldah town, nearly 30 kilometres away. “He gets anywhere between Rs. 200-250 a day,” says Gulnur, 30. “But work is infrequent. He often comes home without any money.”

An operation that Gulnur had to undergo recently cost them Rs. 35,000. “We sold a part of our land for that,” she says. “We don’t have money for any emergency. How do we get the children educated?” Gulnur and Nijmil have three daughters and two sons, of ages 6 to 16.

Rehna didn’t have to worry about her children’s education until Anas went missing. Their daughter Nasreeba and son Naseeb, 16 and 15 years old, could study because of the money their father sent home. “He hardly kept anything for himself,” says Rehna. “He started off on daily wages but he got a permanent post recently. We were very proud of him.”

It’s been just over two months since the Chamoli disaster, but Anas’s absence hasn’t sunk in, says Rehna. The family has not had the time to think about their future. Rehna, who has been a homemaker, says she could become an anganwadi or a healthcare worker in the village. She knows she’ll need to get a job and get trained. “I don’t want my children’s studies to be interrupted,” she says. “I will do whatever it takes to keep that going.”