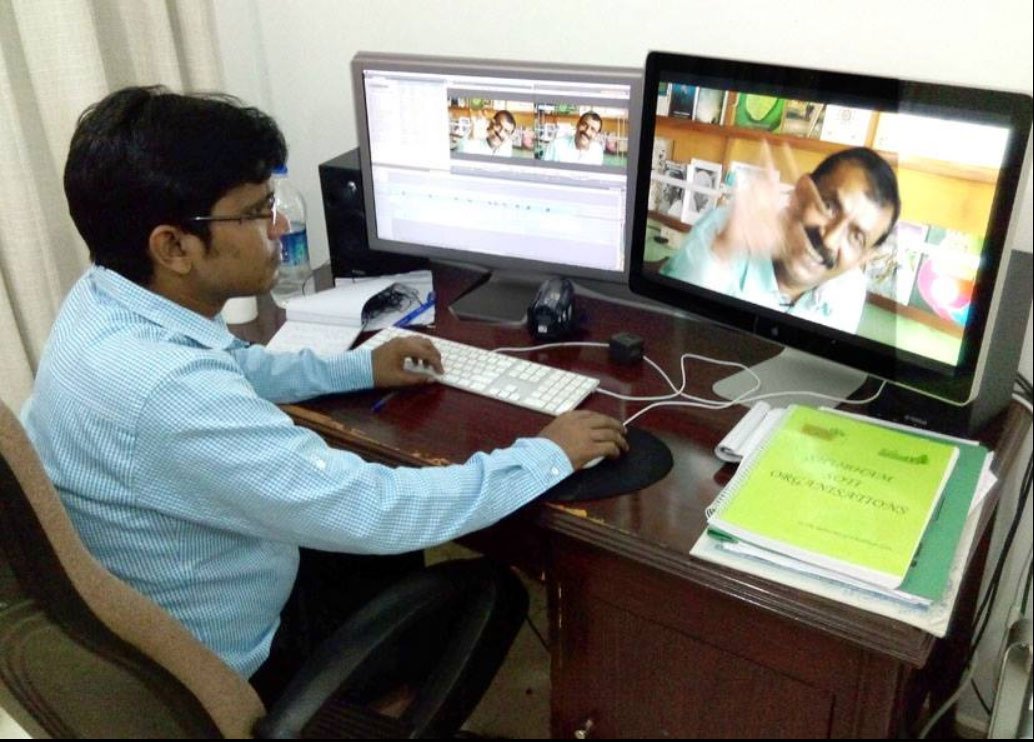 ‘I can’t do video editing in the village’

Haiyul Rahman Ansari came to Mumbai from rural Jharkhand 10 years ago to work as a video editor. But in the past year he's had to pack up and go home twice after losing jobs to the Covid-19 lockdowns

At 10:30 p.m. on April 10 this year, Haiyul Rahman Ansari was at the Lokmanya Tilak Terminus in Mumbai. He was waiting for the Hatia Express, which would arrive at 12:30 a.m., to go to Hatia railway station in Jharkhand’s Ranchi district. From there, Rahman would take an autorickshaw to the bus stand, and then a bus to Asarhia, his village in the neighbouring Chatra district.

The entire journey would take him a day and a half.

But before getting on the train, standing in a quiet corner of the station, Rahman, 33, told us why he was leaving Mumbai for the second time in the span of a year.

A few days before he waited for the train home, his new employer had told him that work had slowed down. “He said, ‘Rahman, sorry, we won’t be able to take you on. You could try again later’.” And just like that he lost his most recent job – which hadn’t even started yet.

Rahman had moved to Mumbai 10 years ago after graduating with a BA in Mass Communication from Karim City College, Jamshedpur. He took up project-based assignments as a video editor, earning enough to sustain himself in the city and send some money home.

Watch video: 'I am not afraid of corona, I'm only afraid for my job'

But in March 2020, he lost his job when a nationwide Covid-19 lockdown was announced – and with it his salary of Rs. 40,000 a month. Rahman continued to live in the small room he rented with four others from his village, each paying Rs. 2,000, in Bandra West’s Lal Mitti area. It was tough, he remembers – at one point, he was without enough money for rations.

“Last year, I didn’t receive any help, of any kind, from the Maharashtra government,” said Rahman. A former colleague had given him some rice, dal, oil and dates. “I used to feel very bad at that time and I couldn’t talk to anyone about it either.”

So, in mid-May last year, Rahman saved up three months’ rent to pay for his journey home to Asarhia. He and his roommates then hired a private bus to take them all the way, which cost them Rs. 10,000 per seat. He requested his landlord to let him give the rent later.

Once he was back in his village, Rahman worked on his family’s 10-acre farm with his five brothers, overseeing the sowing and harvesting of crops. His parents, his brothers, their families, all live together in the village. Rahman’s wife, Salma Khatun, 25, and their children, Md. Akhlaque and Saima Naaz, 5 and 2, live with them.

Before the pandemic, Rahman sent home Rs. 10,000-15,000 for household expenses and repayment of loans taken by the family to run their farm. When the lockdown restrictions were eased, a prospective job opportunity drew him back to Mumbai. He returned in late February 2021 after being away for about 10 months. 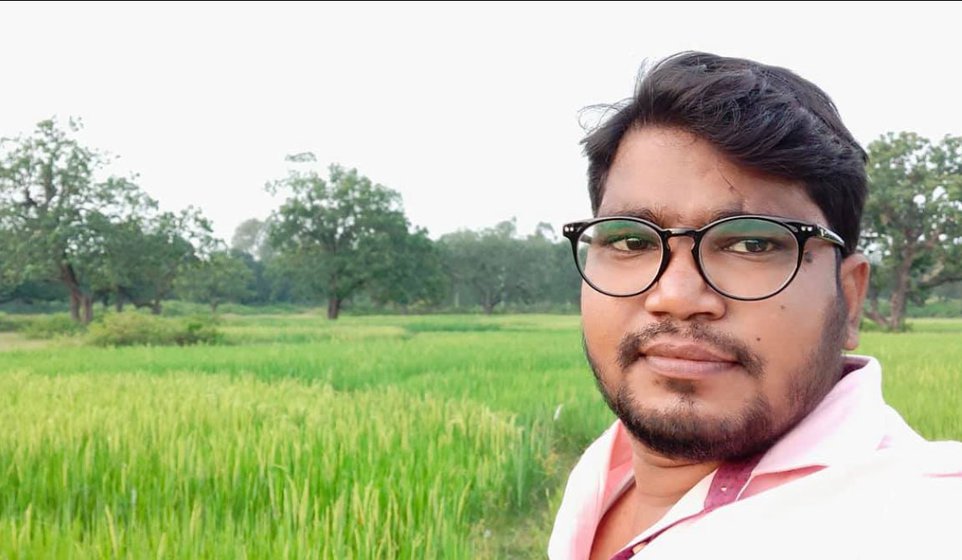 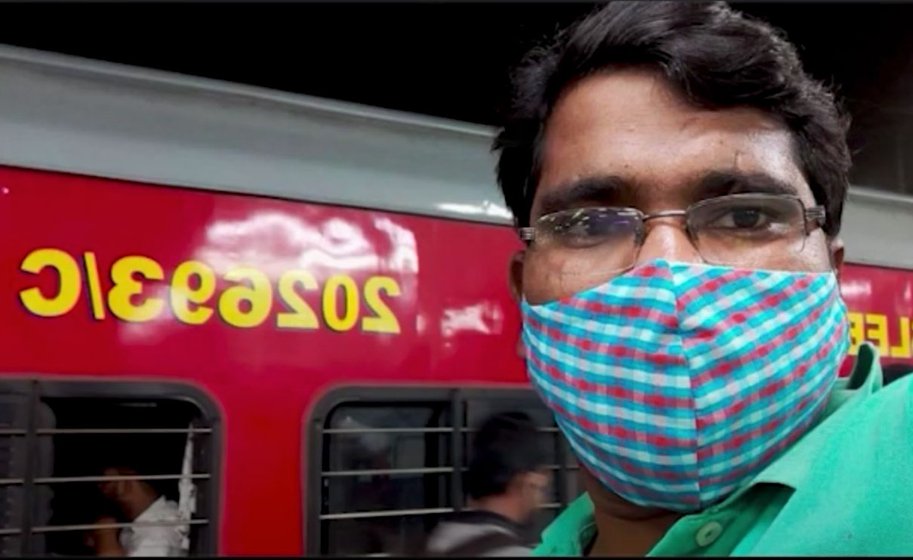 Haiyul Rahman Ansari posing for a selfie at his farm in Asarhia (left), and on April 10, 2021 at the Lokmanya Tilak Terminus before leaving Mumbai

By then, he owed his landlord 10 months’ rent. With money saved from working on the farm and income earned through small editing jobs in Lucknow, Rahman paid off Rs. 18,000 – nine months of rent – after reaching Mumbai.

But just before he could make a fresh start in a new office, a partial lockdown was declared in Maharashtra from April 5 onwards (a full lockdown was implemented on April 14). The surging second wave of Covid-19 slowed down projects and Rahman’s new employer informed him that he could no longer hire him.

The uncertainty of finding work didn’t affect Rahman too much before. “When I get signed on for a project, it’s sometimes for six months, for two years or even for three months. I’ve become used to that,” he said. “But when offices close suddenly, it’s very difficult.”

Earlier, if things didn’t work out in one office, he could always apply at other places. “Now, even getting work somewhere else is hard. Due to the pandemic, one has to get a corona test done, sanitise… and people don’t allow strangers into their buildings. It’s become a huge problem for us,” explained Rahman.

While he would like nothing more than to live in his village, he said, “But I can’t do this kind of work [video editing] there. When you need money, you have to move to the city.”