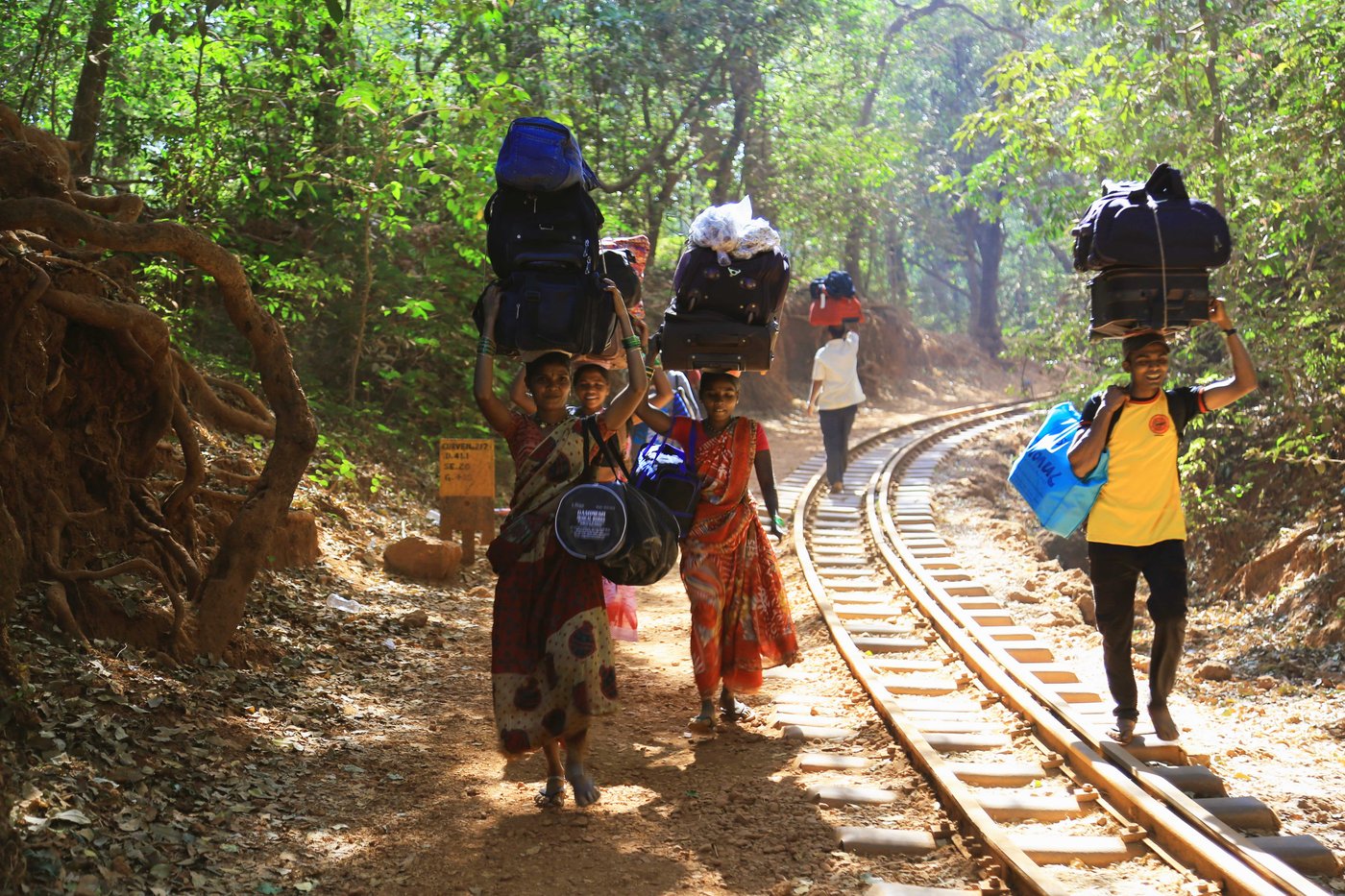 Heavy lifting in the hills

The women porters of Matheran in Maharashtra carry over 100 kilograms of luggage on their heads every day in the tourist season, and also walk for kilometres to work from their villages

Watch video: Lakshmi Pardhi and other women headloaders in Matheran speak of their work

Pili Pardhi, who is in her early 50s, waits for a customer outside the gate of a hotel  on Kasturba Road. It is 9 a.m. – when the checkout time starts at the hotels. Her daughter-in-law Aruna is there too. Both women, as well as Pili’s son, work as porters in Matheran.

As does Jaya Pedhkar. Like the others, Jaya, in her mid-30s, carries 10 to 40 kilos of luggage on her head 3-4 times a day between the hotels and the Dasturi parking lot –  some 3.5 kilometres from Matheran’s main market, and even further from some of the hotels located higher up the hill station.

Lakshmi Pardhi, another porter in Matheran, in her late 40s, says she earns Rs. 250-300 per trip. On weekends, when the tourists are many, the porters can get 3-4 trips in a day. On weekdays, the number of customers falls, as does the luggage-carrying rate – to around Rs. 200 per trip.

In Matheran, a popular tourist destination in Raigad district, Maharashtra, vehicles are not allowed after the Dasturi parking point. This means visitors either carry their own luggage to and from the hotels, or they hire porters like Pili, Jaya and Lakshmi.

The nearest railway station from Matheran is Neral. A narrow gauge train service between the two places was  suspended in May 2016  after two derailments. With cars not allowed inside Matheran, there is an army at Dasturi – of horses, horsekeepers , hand-pulled rickshaws and headporters. 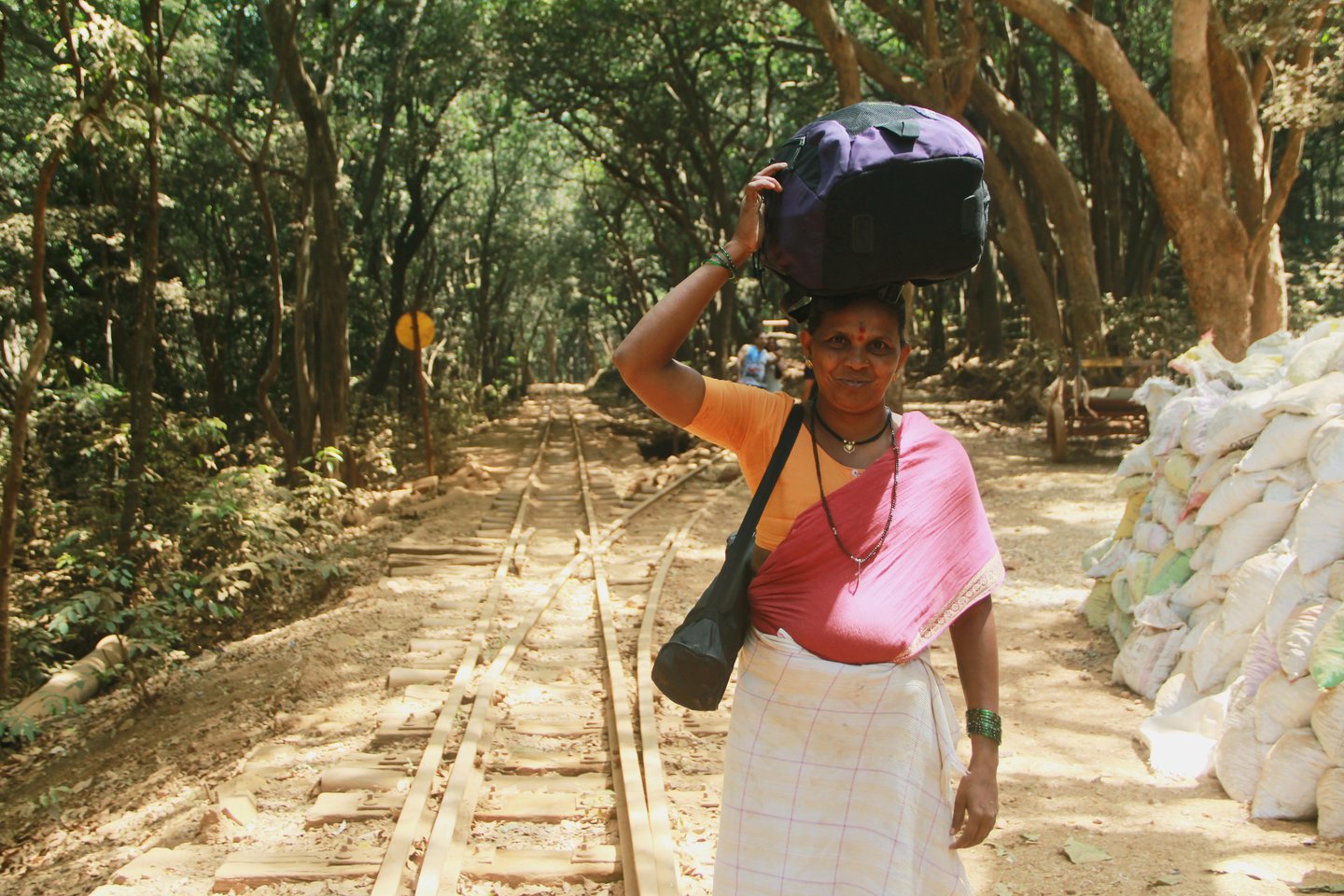 Lakshmi Pardhi comes to Matheran from Jummapatti hamlet, around 4.5 kilometres away

All the porters have identity cards issued by the Matheran police. Each card has a  serial number. Lakshmi’s son estimates there are around 300 porters in Matheran, 100 of them women.  Lakshmi’s card number is 90. She waits for her turn in front of the counter at Dasturi, where visitors have to buy tickets to enter Matheran. The man at the counter calls out when her number is approaching. Sometimes, customers call her directly.

Most of the porters here live in villages nearby.  Lakshmi comes to Matheran from Jummapatti hamlet, around 4.5 kilometres from Dasturi. Pili comes from a village three kilometres away.

Jaya lives in the staff quarters of a hotel in Matheran. She works at the hotel along with her sister-in-law – they clean the dishes and together earn Rs. 4,000 a month. Jaya’s family lives in Tepachiwadi, a hamlet near Karjat, and she is the only earning member. So after the dishes for the morning are done, she tries to get a trip or two as headporter during the afternoons. 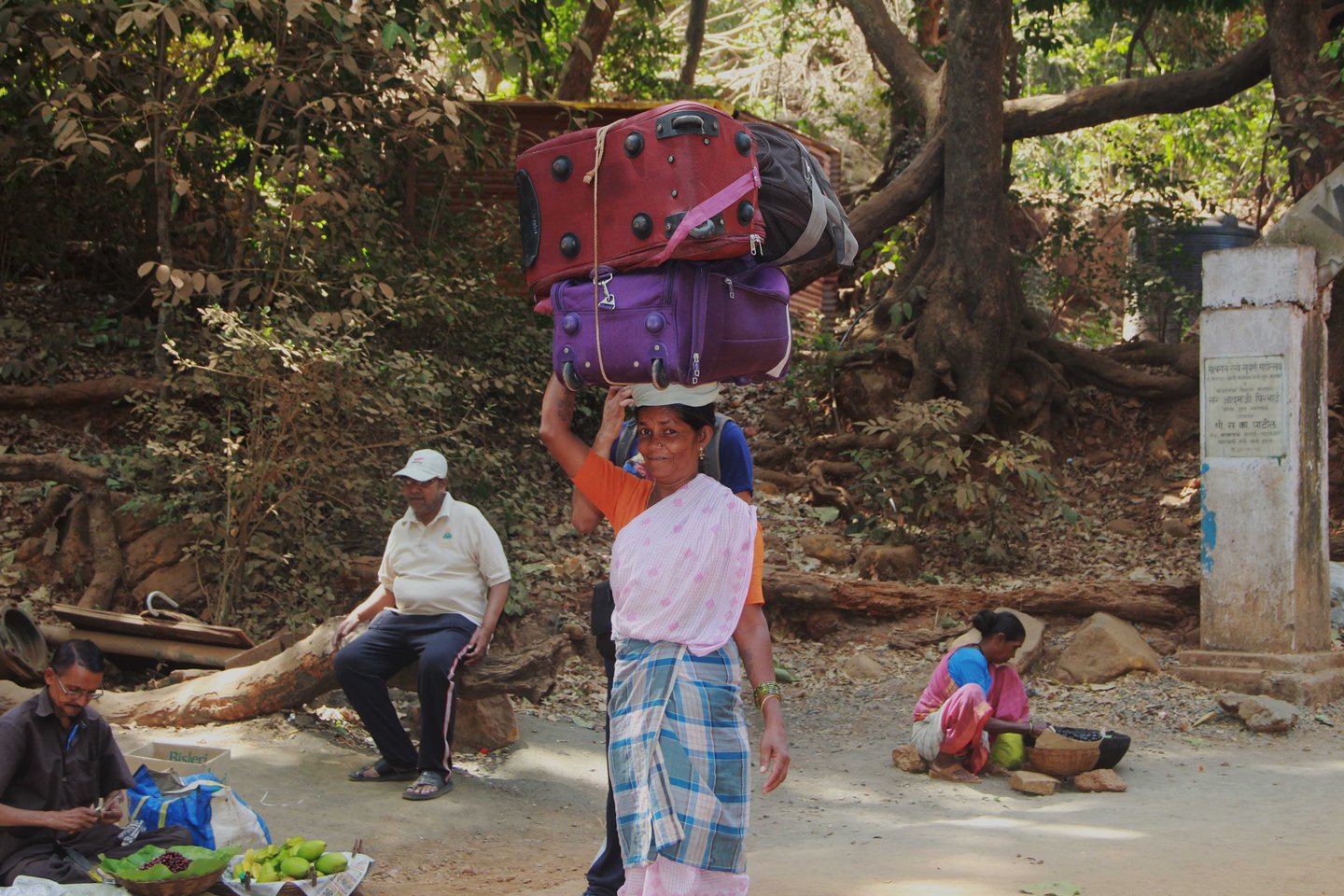