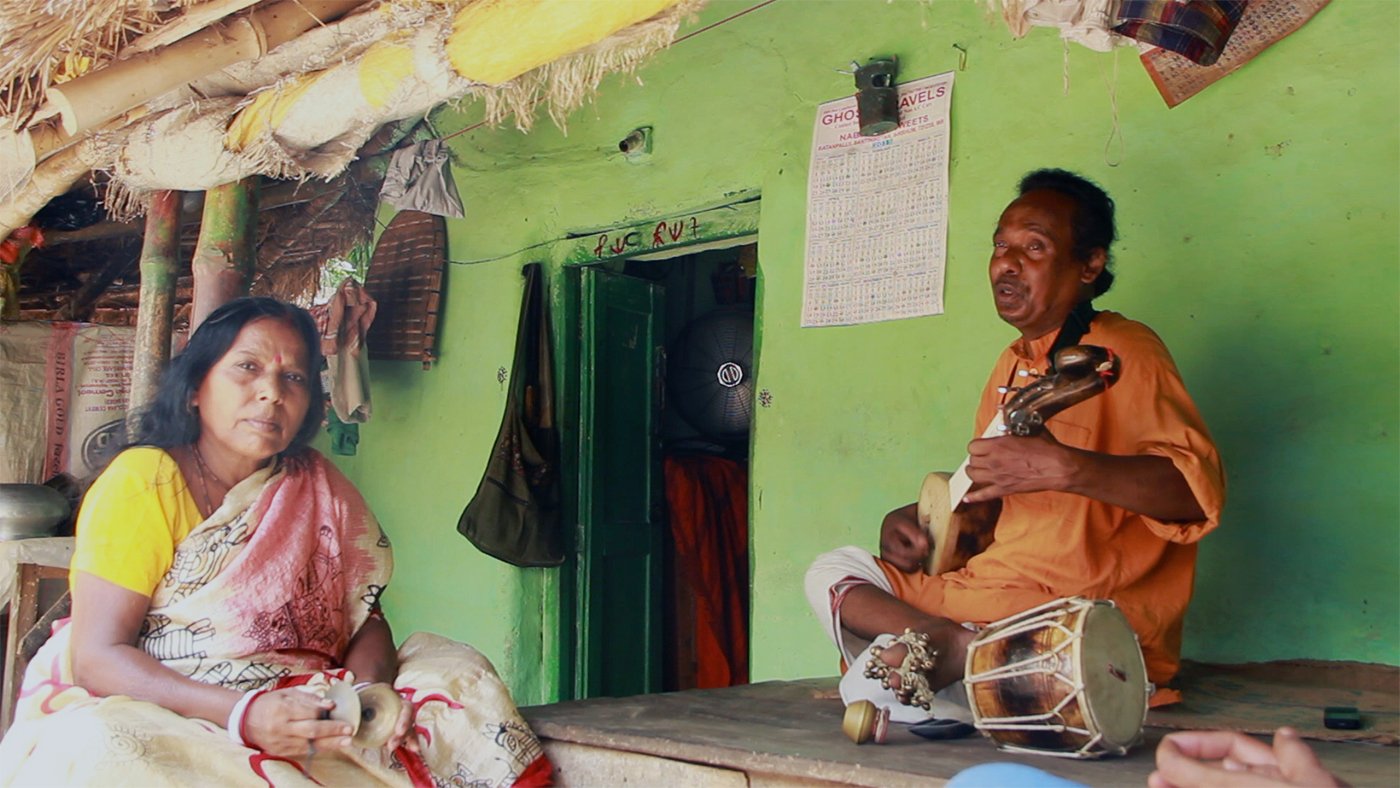 The Baul culture of music is distinctive, with a syncretic philosophy of life. In the film featured here, Basudeb Das Baul, a practitioner and teacher from Bolpur in Birbhum district, speaks of this way of life and art form

Watch the film: Basudeb Baul sings about searching for the supreme power, and of homage to the guru

The word ' baul ’ is derived from the Sanskrit ' vatula', which means insane, disordered or possessed. ‘Baul’ also refers to a culture of music that originated in Bengal.

The Baul community is usually nomadic. Bauls have a syncretic religion that draws from Islam, Hinduism and Buddhism, and they live co-mingling with various people. Refusing the traditional norms of the society, they uphold music as the unifying power. Their songs speak of a clear philosophy of life. Bauls are not born into the community. They choose this way of life, and are initiated into it by a guru.

Bauls – both men and women – are distinctive, with uncut, coiled hair or dreadlocks, saffron robes or sarees, rudraksha necklaces, and carrying a single-stringed ektara . Orally inherited music remains, till today, their only source of sustenance, and they survive on alms received in return for singing their songs. Depending on the popularity of the singer, a Baul can earn between Rs. 200-1,000 when they perform 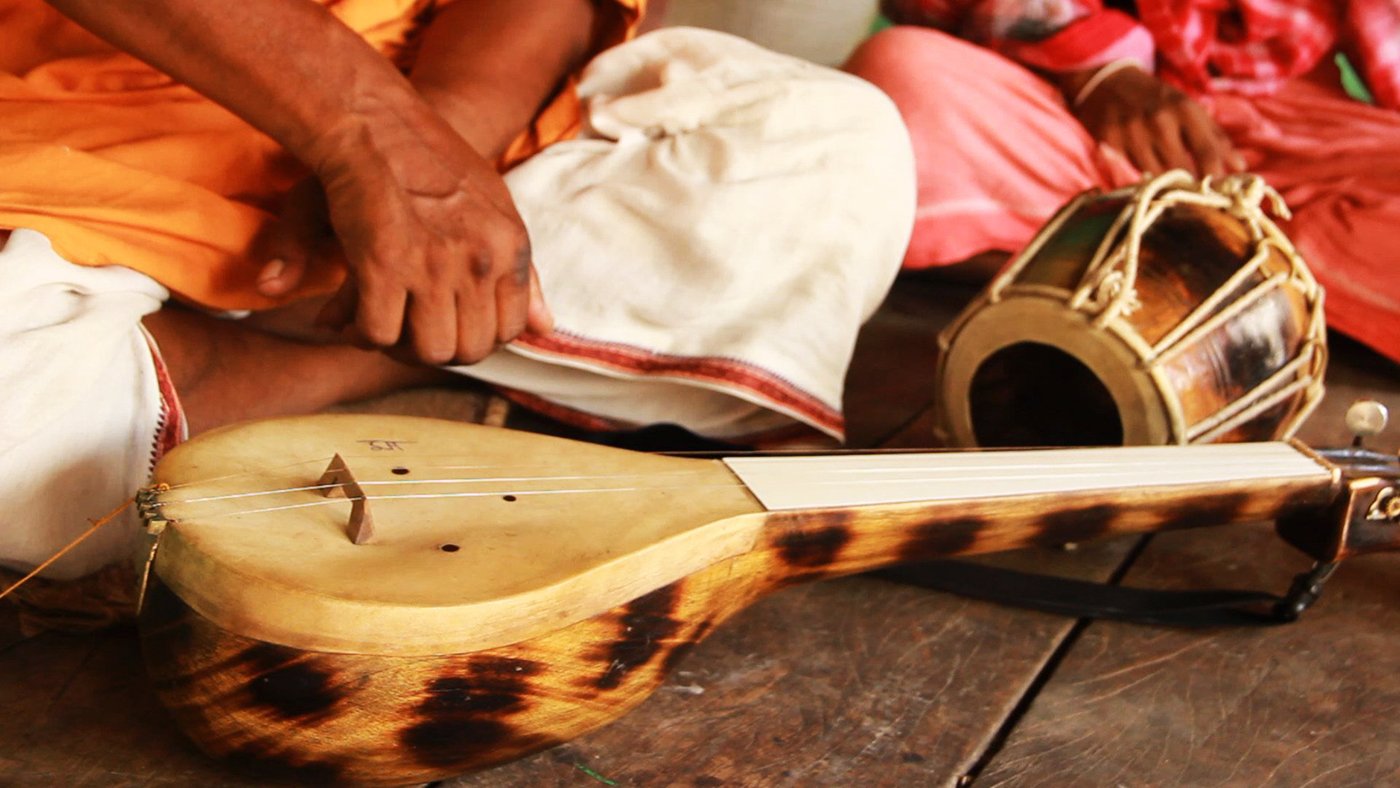 Every year, two important fairs for Baul music are held in Birbhum district of West Bengal – the Kenduli Mela in Joydev-Kenduli village in mid-January, and the Pous Mela in the Santiniketan area of Bolpur town, at the end of December. These events draw Bauls from faraway places. The Bauls also perform at many other smaller events.

Basudeb Das Baul, in his mid-40s, is from Bolpur town of West Bengal. He is a singer as well as a teacher to many students. He welcomes everyone to his home and treats them as family. His students learn the Baul form of life while staying with him. 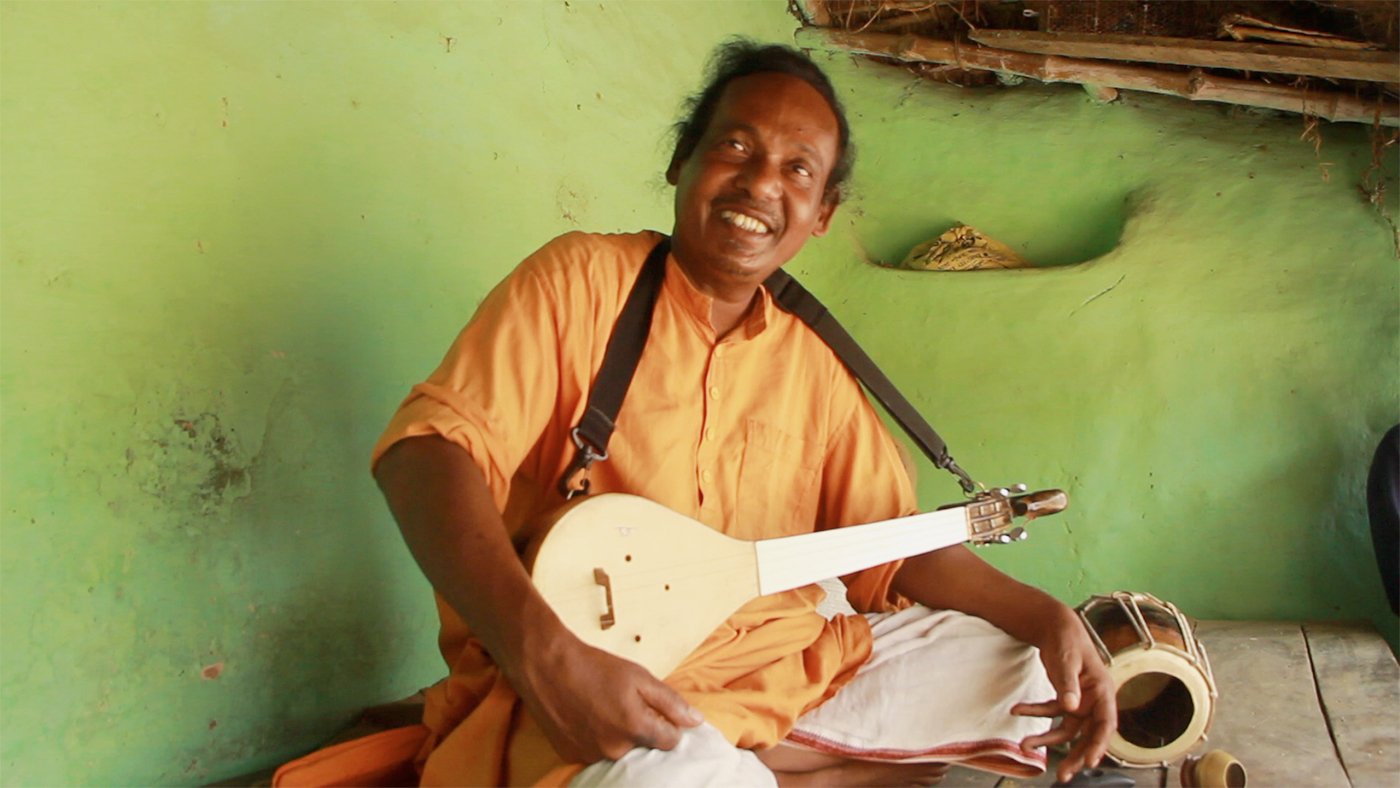 At his home in Bolpur, Basudeb Das speaks of his initiation into the Baul way of life

He sings two songs in the film featured here. The first song is about searching for the supreme power: god lives near me, the song says, but I have failed to see him. I have searched for god throughout my life but give me direction so that I meet Him.

The second song is about a teacher: it pays homage to the guru/teacher. It says, pray to the one who teaches you. No materialistic thing is going to stay with you forever, but what you are taught will stay for a lifetime. So don't forget to express your gratitude towards your guru. You will leave your land and home behind, you will take nothing… you are so insignificant in this universe that you don’t even know who you are…so follow the light of your guru.

This short film and story were done as part of Sinchita Maji's 2015-16 PARI fellowship.