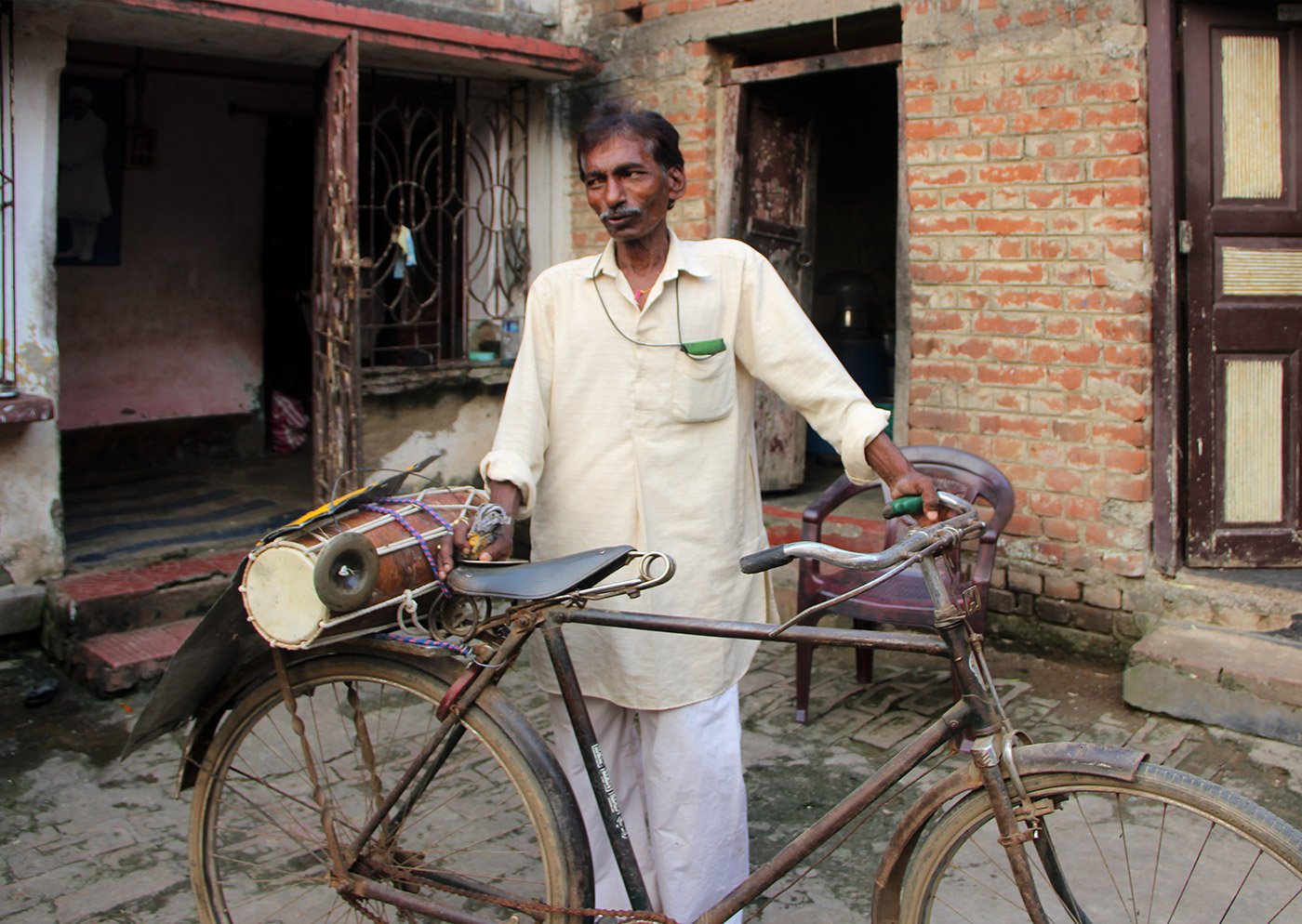 Srilal Sahani is a fish-seller by day and an extraordinary musician by evening – he rides hands-off on a bicycle while playing a dhol and cymbals behind him – in Santiniketan, West Bengal

Watch the film: Dhol on wheels

Srilal Sahani is a musician. Locally also known as Lakhapatibabu, he lives with his family in Bolpur, West Bengal. He has the unique talent of riding a bicycle with his hands behind him playing two instruments – a dhol and cymbals.

For 27 years, Srilal has made two trips every day on his cycle – one in the morning to sell fish in the local market, and another in the evening around the streets of Santiniketan, covering six kilometres while playing his music. 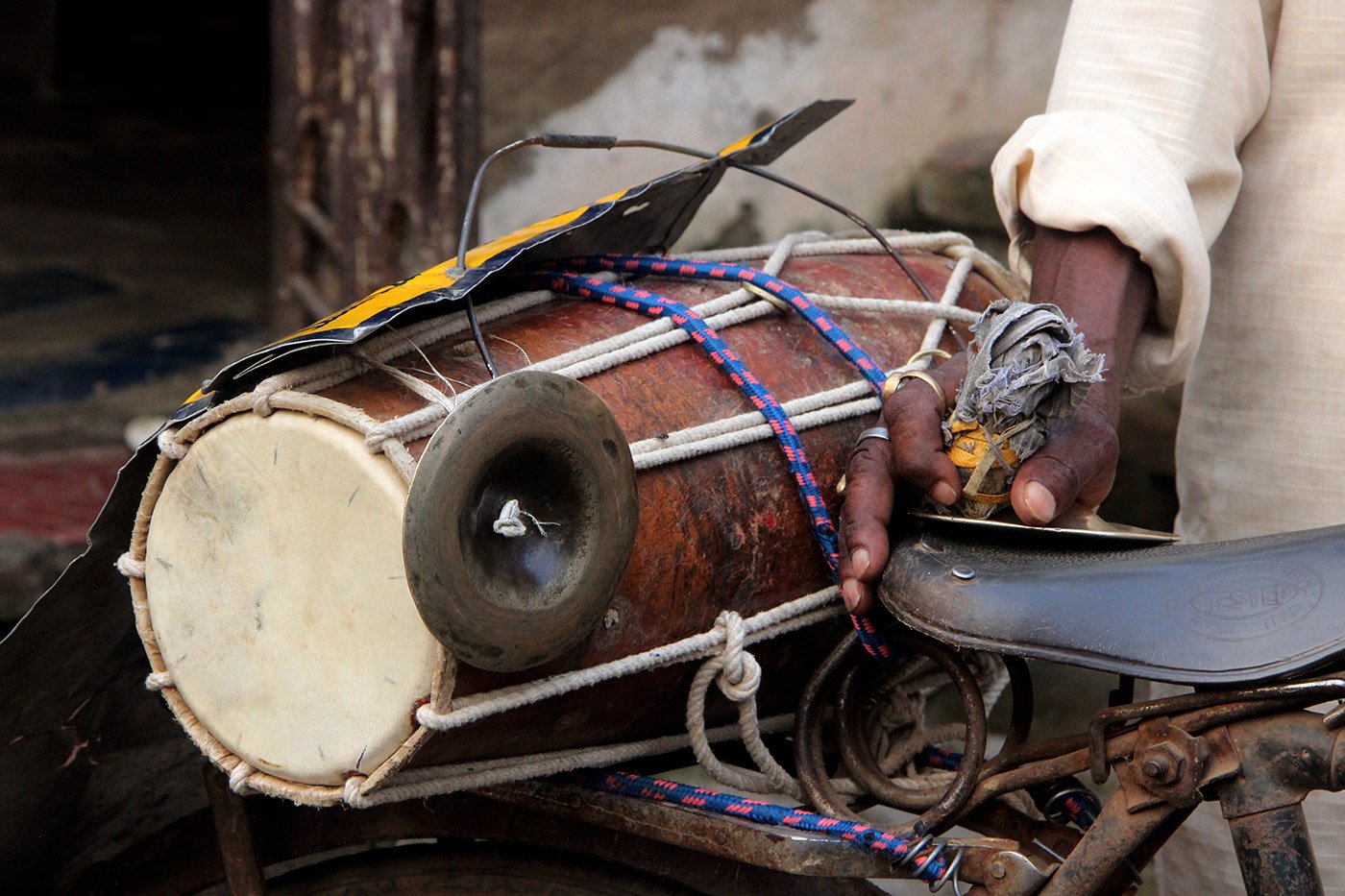 The film featured here includes camerawork by former students of Visva-Bharati University, Santiniketan: Sramana Sengupta, a 2016 PARI intern, who now leads the digital marketing team at Quest Media and Entertainment, Kolkata; and Subha Bhattacharya, who works as a volunteer at Radio JU, a UNICEF project at Jadavpur University.

Riya Dey contributed to the field work and did the translation of the subtitles, and made a version of this film for a documentary project while studying at Visva-Bharati. She now works with a non-governmental organisation, the Alipore Unmish Society, Kolkata.