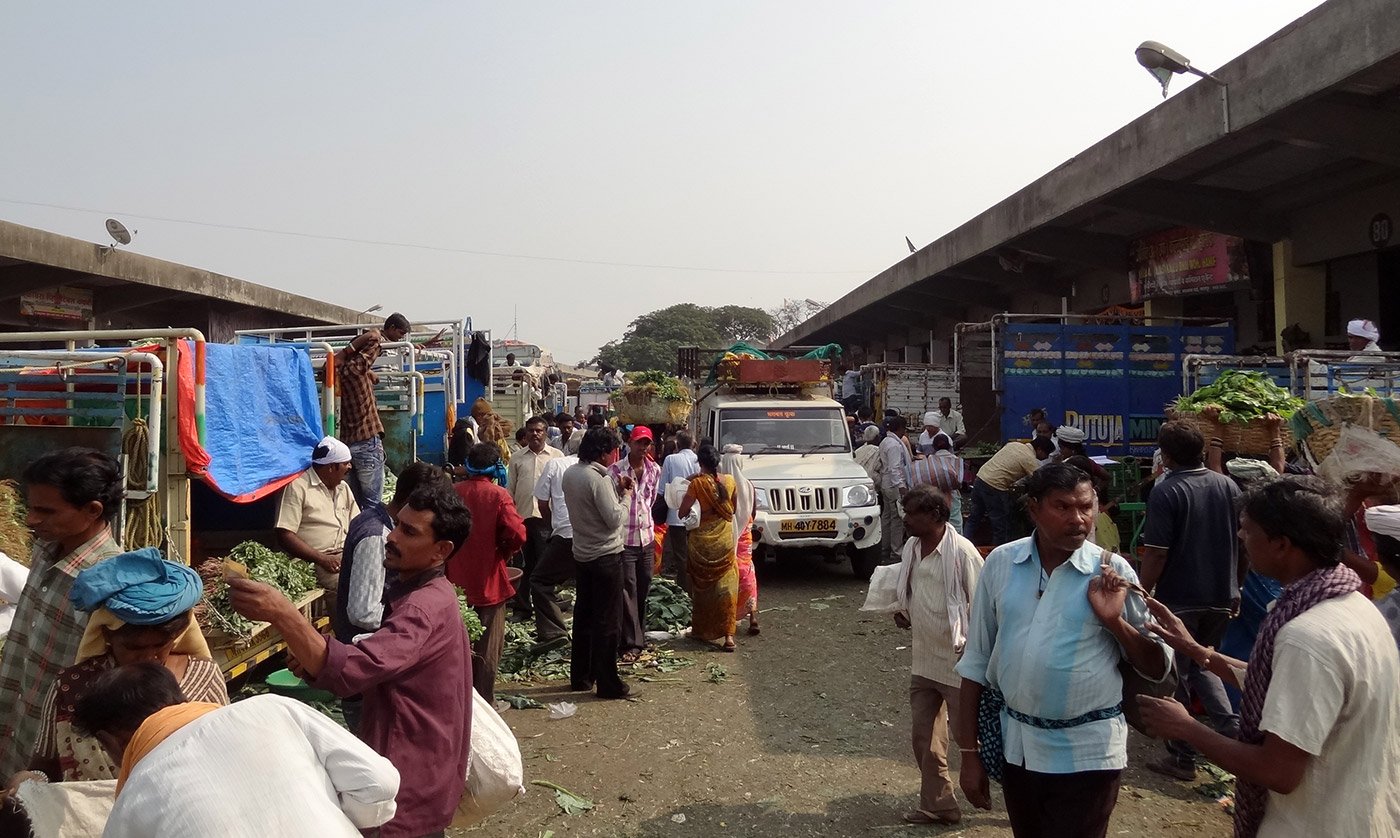 This would have been the time of year for brisk sales at the agricultural markets in Vidarbha. But farmers here are being forced to incur terrible losses – by accepting lower prices, losing their perishable produce, or due to a fear of depositing cash payments in old notes in banks where they owe loan repayments

Bandu Ghormade had no choice but to accept the old Rs. 500 notes from the procurement agent and a lower price of Rs 200 less for every 40 kilo crate of his freshly harvested eggplants.

“If I didn’t, my produce would have gone waste,” said the farmer in his late 40s who grows carrots, spinach, eggplants and okra in Chicholi, about 50 kilometres from Nagpur. “Those who grow grains or cotton can hold on to their crop; I can’t.”

For years, Ghormade would load four quintals (400 kilos) of vegetables on his tempo every morning from October to December, and drive to Nagpur’s state-run Agriculture Produce Market Committee mandi, where licensed traders buy farmers’ produce through agents.

Since November 8, when high-value notes were demonetised, Ghormade has been selling at a loss at the mandi every day, while his son is going to the nearest bank, five kilometres away, to stand in queue and deposit the notes.

Still, Ghormade is earning something because he is ready to accept the old notes. Some farmers, also with perishable produce, are not – and they are making terrible losses. 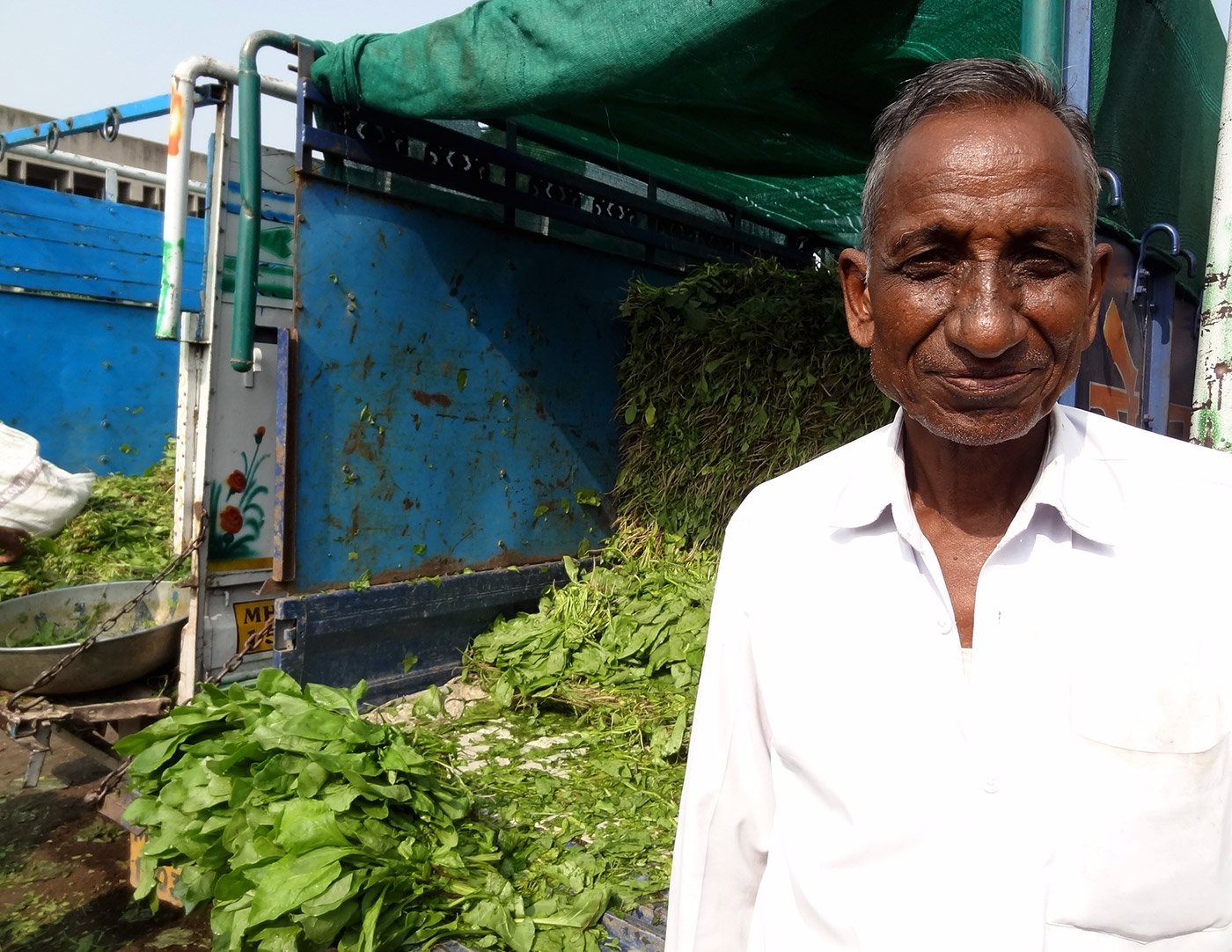 Chandrabhan Jhode with his spinach crop at the Nagpur APMC: a good monsoon had led to a good harvest this year and the farmers were hoping for decent returns after successive years of drought in many regions of the country

Many farmers have junked their vegetables in the absence of buyers at markets in Thane and Pune, newspaper reports suggest.

At the Hiwarkhed village market in Amaravati, about 160 kilometres from Nagpur, orange growers have dumped mounds of the fruit on the roads in protest at the sharp fall in prices.

The prices have fallen because the traders have stopped buying. The traders aren’t buying because most farmers aren’t accepting the old notes.

Is the farmers’ plight solely an inevitable consequence of a poorly planned demonetisation, or are they shooting themselves in the foot by insisting on payments in usable cash?

The trader offered to transfer the money directly into his bank account. Pawar, former sarpanch of Aamgaon village, agreed. The money got transferred immediately, without any hassles.

Later that day, Pawar said, eight more farmers known to him sold about 80 quintals of cotton at the mandi , accepting the old notes. With hardly any other arrivals, the trader bought their cotton at Rs. 5,000 a quintal – a little more than the market price of Rs. 4,750-4,900.

So why are more farmers not following their example? Pawar explains:

Most farmers are afraid to put their earnings in their bank accounts because these are in the same banks from where they have taken crop loans. A majority are long-term defaulters because, for years, they haven’t earned enough to repay their loans as well as sustain their families.

Once their earnings go into their accounts, they fear the banks will discourage withdrawals, pressuring them to leave a balance equal to the sum they would need to repay by March to settle their loans. Most farmers know that this would leave them in serious jeopardy.

There’s no government order asking the banks to unilaterally deduct the loan repayment from the farmers’ accounts, but the banks have used pressure tactics in the past, knowing well that the farmers cannot afford to annoy them because they would need a loan the following year too.

“I could accept the money transfer because I don’t have a loan in my name, nor do I need cash urgently,” Pawar said. “Our crop loan is linked to my father’s account, so the bank cannot deduct the repayment amount from my account.”

Nor were the other eight sellers at the mandi in any urgent need of cash, he said. “But most small farmers, who do sustenance farming and have no other income, won’t accept cheques or money transfers.”

On Wednesday, November 16, Sudam Pawar, 38, was the lone farmer at the mandi in Selu town in Wardha district, about 70 kilometres from Nagpur, selling his nine quintals of cotton.

“Demonetisation has wrecked the farmers,” said Ramkrishna Umathe, farmer and deputy chairman of the Agriculture Produce Market Committee (APMC) mandi at Selu, which serves about 100 villages growing mainly soybean and cotton. “For about a week, sellers and buyers have virtually deserted our market.” 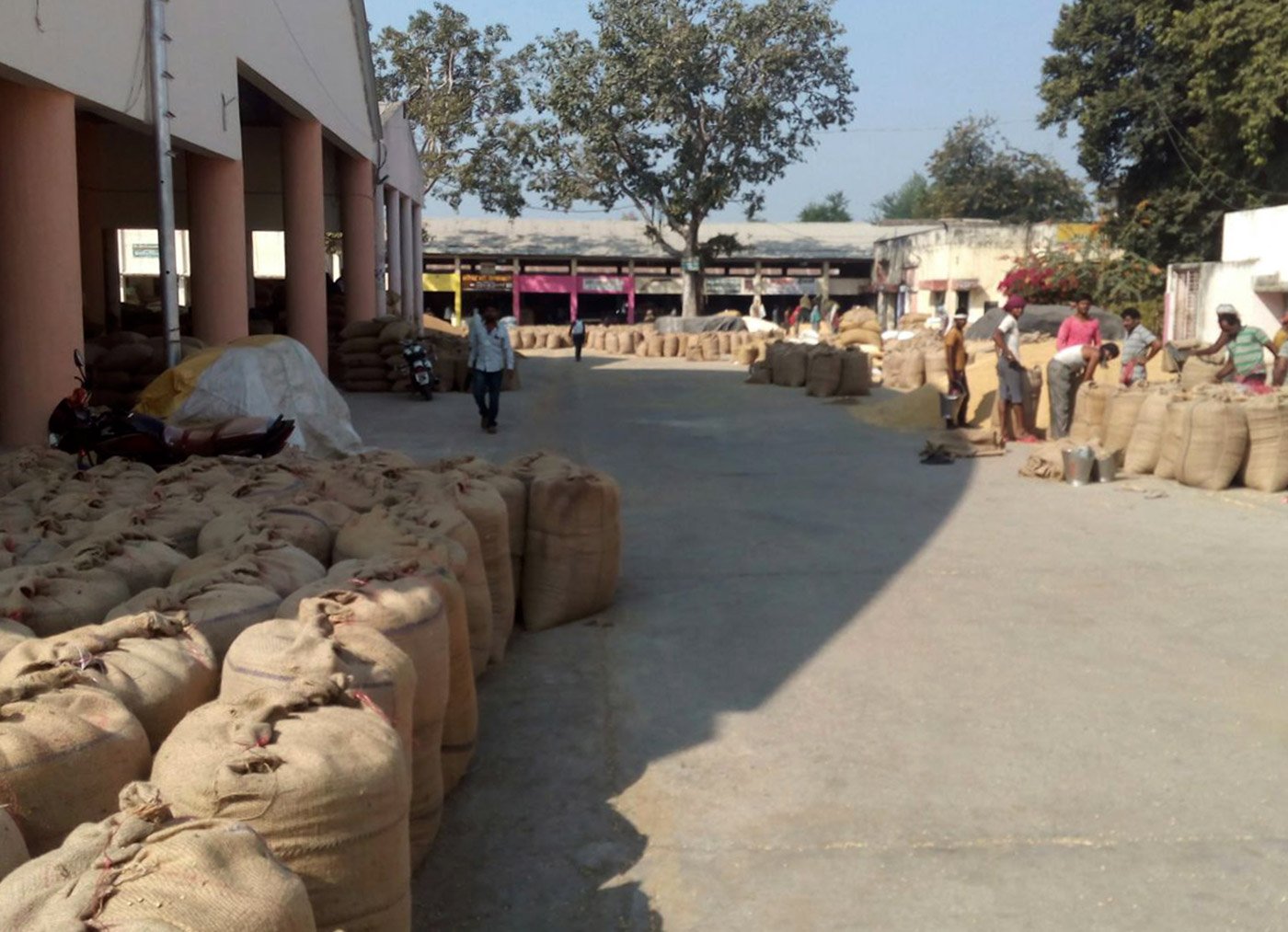 Newly-arrived sacks of soybean at the APMC in Selu town, Wardha district

So the coolies, transporters and other ancillaries too have been without work, assistant market secretary Mahendra Bhandarkar said.

“This is the time of year for brisk sales, but the arrivals have tanked since November 8,” Umathe said on Wednesday.

Umathe said the traders were offering cheques and money transfers but the farmers weren’t ready to accept these lest the banks “deduct the crop loan.”.

“Most fields are un-irrigated here; the farmers are already under a lot of financial stress. They have to repay hand loans and the cost of inputs taken on credit, and pay their grocers and farm hands,” Umathe said.

“If there’s some residual money, it gets deposited into the bank – else the bank loans remain unpaid.”

Sales – and prices – of produce are falling for another reason too: a drop in consumption in the retail markets. “Forward movements have been affected,” said Rajesh Thakar, a wholesale tomato trader in Nashik.

For instance, orange arrivals at the Nagpur mandi have dried up because of a demonetisation-driven slump in sales at the markets in Kolkata and north India, said Rajesh Chhabrani, a director at the Nagpur APMC and an orange trader himself.

Madhusudan Harane, a director at the APMC in Hinganghat town in Wardha district, said, “Our APMC has been shut since November 8.”

He questioned the timing of the demonetisation. “Some Rs. 1,500 crores worth of annual business took place in our mandi , over half of it between October and December – the peak months for farm markets,” he said.

Ironically, a good monsoon had led to a good harvest this year and the farmers were hoping for good returns after successive years of drought in many regions of the country.

This article (slightly modified here) was originally published in The Telegraph, Kolkata, on November 22, 2016.