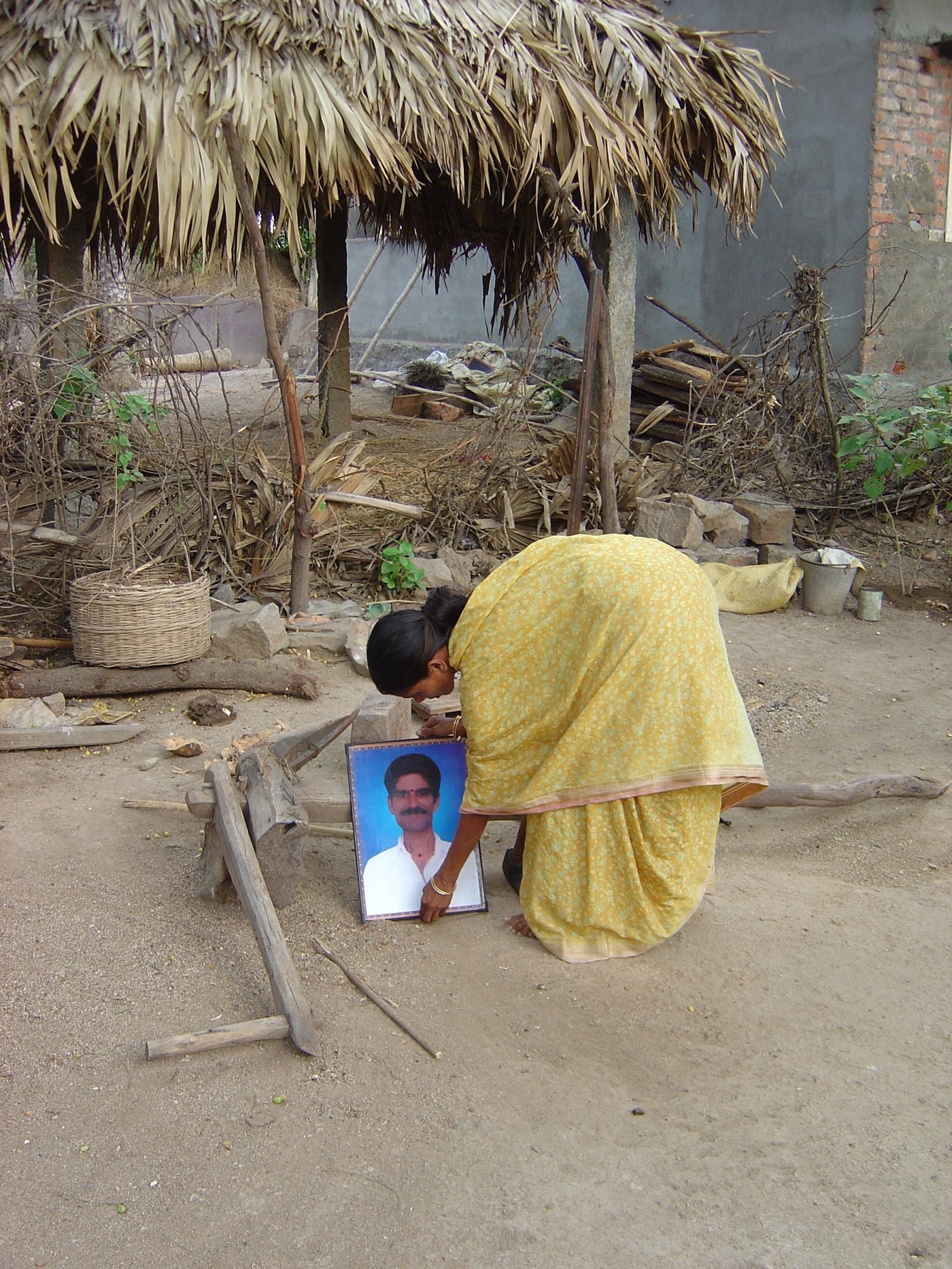 Death of a carpenter

The fault lines of the farm crisis have sent widespread tremors, hitting carpenters, potters, leather workers, and many other groups. And it drove Bangaru Ramachari of Andhra Pradesh's Nalgonda district to suicide

No one had ordered a plough in three years. Nor axe and spade handles either. Which meant that Bangaru Ramachari, who made tools and implements for farmers, was in trouble. He had been Mukundapuram's sole carpenter for years. He owned no land or cattle and was not a farmer. But his well-being depended on how agriculture in this village in Andhra Pradesh's Nalgonda district fared.

"When farming does badly," says S. Srinivas, a political activist here, "everyone does badly. Not just farmers." Ramachari did worse. He died of hunger. In a village that falls in the command area of the Left Canal of the Nagarjuna Sagar dam project. Where farming had earlier done well for years

The fault lines of the farm crisis are sending tremors far beyond the immediate community itself. Potters, leather workers, carpenters and numerous other non-farm groups have been hit by the crisis of agriculture that is driving the farmers' suicides in the state. The delicate and age-old linkages of the sector are under severe strain.

"I was away in Vijayawada working in a chappal company," says Aruna, Ramachari's widow. Women from the Voddrangi (carpenter) caste do not normally migrate in search of work. "There was no choice," she says. "I had never been a migrant worker before. But the chances of finding work here were nil." So she migrated a month at a time, leaving their three children with her husband.

"Ramachari used to have around 40 clients," says Srinivas. "They paid for his services with paddy. Each gave him 70 kilograms a year." Of the 2,800 kilos he got this way, he kept what his family needed and sold the rest on the market. "He could get around Rs. 250 for 70 kilos. Remember this was paddy, not rice." Yet, after retaining what his family required, he could make Rs. 4,000 in a year this way. "With that, he took care of the family."

He had even more clients earlier, but problems began in the boom time. The coming of 12 tractors in the village reduced work. "That hurt those who work with their hands," says K. Lingaiah. Landless workers like him also did badly from then on. For Ramachari, it was a blow. But he kept at his trade, trying to make things work. "He had no other skills," says Aruna. He had studied till the 5th class. She till the 4th. 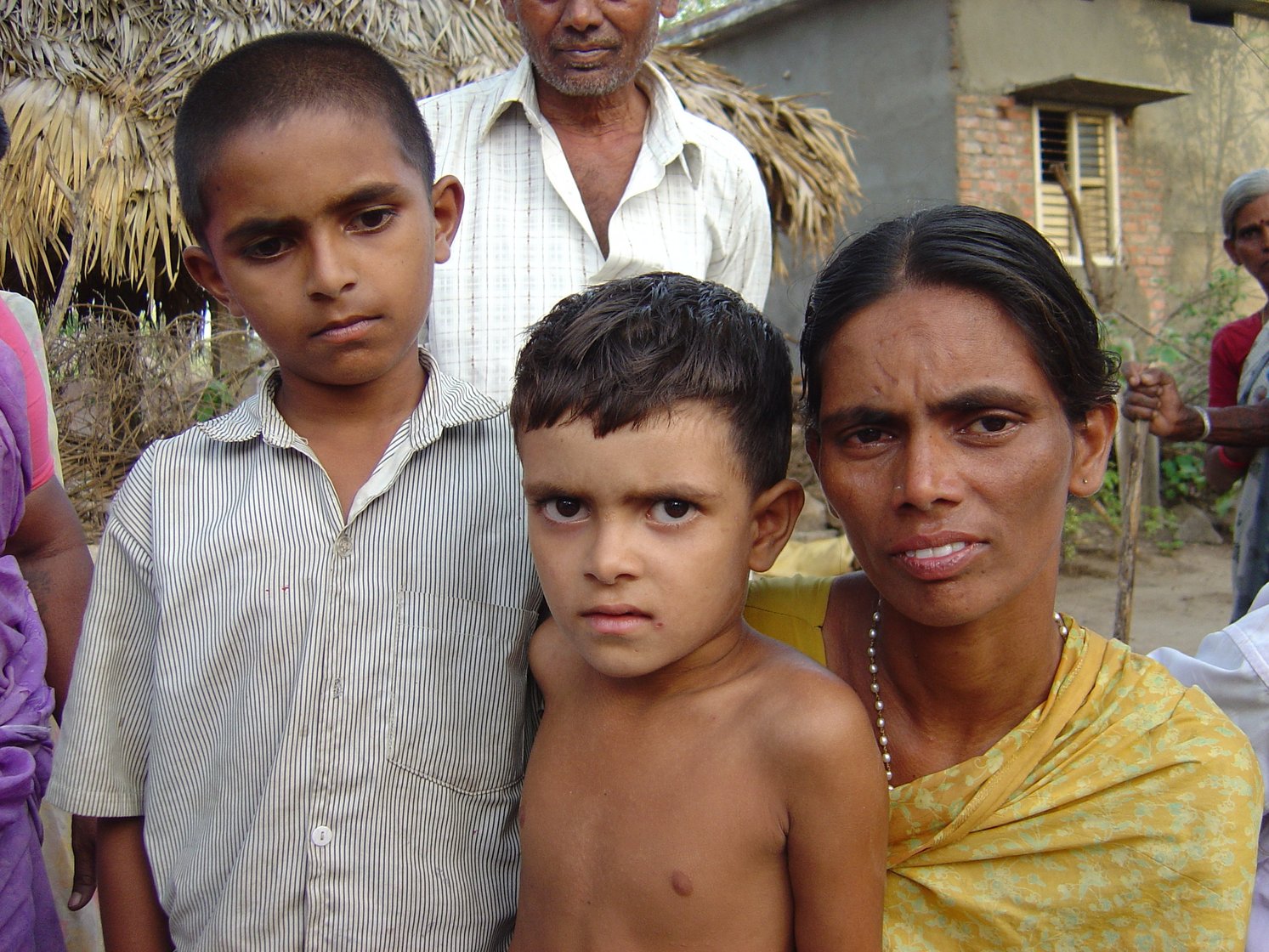 Aruna migrated for work a month at a time, leaving their children with Ramachari, her husband

The tractors, though, were just the beginning. Much of the 1990s saw no investment in agriculture, public or private. Crop failure accompanied the stagnation. Farmers were no longer replacing their tools and implements. This was a disaster for Ramachari. "What would we replace the tools for? How could we afford that? What would we do with the new ones?" ask people in the village. At the same time, the older, worn-out tools further damaged what little agriculture was still on.

That the canal now had little or no water didn't help.

Meanwhile, everyone was getting into debt. As input costs rose and farming failed, many borrowed just to keep afloat. Ramachari, 45, a proud and skilled artisan, was not keen on that route. In fact his debts of around Rs. 6,000 are surprisingly low for this region.

Which means this village of 345 families carries a debt of over Rs. 1.5 crore. With life becoming a survival game from there on, farming began to sink. And land prices have crashed from Rs. 120,000 an acre to Rs. 60,000 an acre. "Normally, people would hate to lose their land," says Gangi Narain Reddy a ryuthu sangham leader in the district. "But now even for those desperate to sell, there is no one to buy."

Some of the tractor owners lost their machines to creditors. It brought no relief to Ramachari as even the non-tractor farmers were no longer replacing tools. "He was down to three or four clients in a year," says Srinivas. And in just recent times, the villagers lost over 30 bullocks in distress sales. That, too, meant less work for the carpenter who made various items linked with their use. 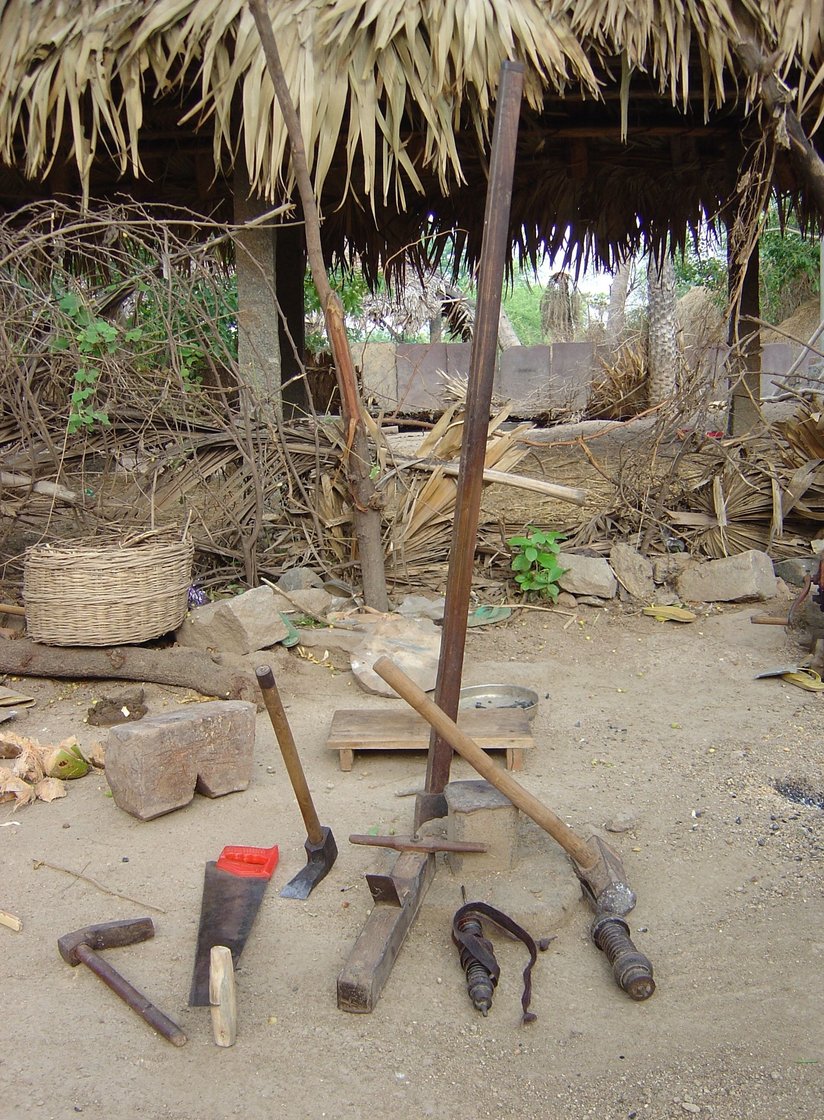 The whole village was hungry this past year. Ramachari more than most. Ironically, two of the worst years they went through, India was exporting grain at prices less than those paid by poor people in this country. The only time the carpenter borrowed a little money from a neighbour, he bought some nokalu (broken rice) with it. The remains of the nokalu are still in the house. Aruna hasn't the heart to throw it away.

While she went to a sweatshop in the city, hunger was biting Ramachari. "We helped the children often with meals," says Muthamma, a neighbour. "But he would act as if he was fine. He had not had a morsel for five days in his last week, but was too proud to admit it." The neighbours, too, were doing badly. Yet, their help kept the children going. On May 15 this year, Ramachari collapsed. He was dead before Aruna raced back from Vijayawada.

Ramachari was swamped by a crisis of many layers. Most of which have also driven the farmers' suicides in this state. These have devastated Andhra's agriculture. Zero investment. High input prices. Crop failure. Rising debt. Criminal governmental neglect. Falling demand for his skills. And other layers, too.

Aruna clings on to the hope that the government will step in to help her family. As for Ramachari himself, the only government programme he had ever applied for was `Adharna'. One that gives artisans new tools. But the carpenter was gone before the tools could arrive.

A shorter version of this article was originally published in The Hindu.