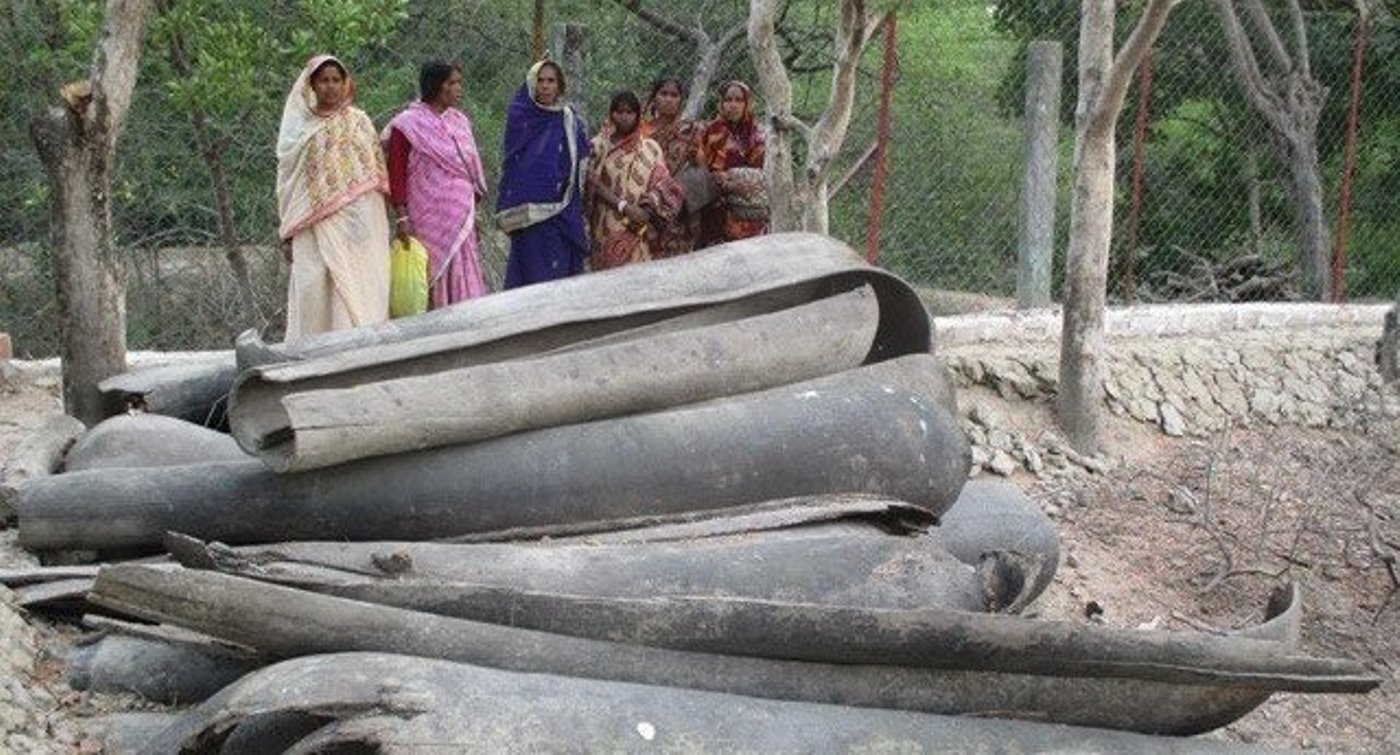 A right to fish, a fight to live

“Why confiscate the canoes and hurt us in the stomach?"

A tall and lean fisherwoman with a strong face stares at the evening sun fading into the still waters running through Kultali, an island in the Sunderbans forest; Anima Mandal is angry. She hasn’t eaten since
morning.

She was there for a meeting that the Kultali Forest Range beat officer had fixed for 2 pm on February 14, 2015 at the forest range compound in a corner of Kultali, across a river. Nearly 50 women, and a few men, had turned up for this crucial meeting to make two pressing demands – the return of their confiscated fishing canoes (dongas) and for the women to be recognized as traditional small-scale fishworkers, with a right to fish for their livelihood.

The women, organized under the Kultali Mahila Donga Matsyajibi Samity, had travelled a long way from Madhya Gurguria village – on foot, on cycles fitted with wooden planks and by boat – to make it to their appointment. 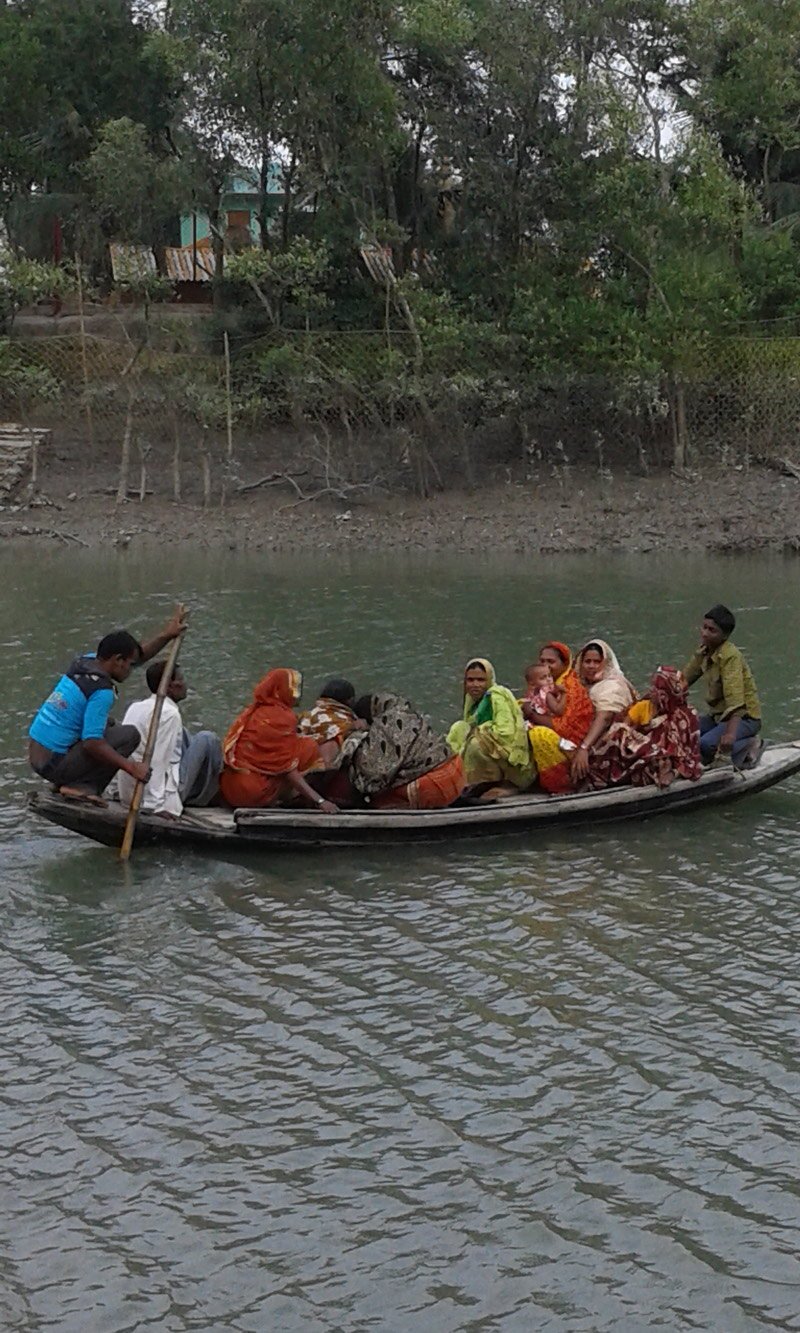 It is already past 5 pm. A number of women begin tracing their steps back towards a dinghy headed homeward: some hurry back to feed and care for the children they’ve left at home and others return home for fear of husbands who could turn violent. Anima and a few others choose to stay back at Kultali and represent the group, determined to get a response from the Forest Department.

They walk around the compound, to the edge of a murky green pond, where their confiscated canoes of palm trunk lie stacked. The women are appalled; debris and wood bits from the canoes have started to peel off and mingle with the water. “Our canoes have been broken into pieces and thrown into the water. There must be lakhs of rupees (floating) in this river, ” says Geeta Sahu, a fisherwoman speaking softly. Her indignation, however, is unmistakable, shared by the workers standing beside her, still waiting.

The conversation among the waiting crowd turns to input costs: the cost of palm trunks from which the canoes are dug out, the labour cost for chiseling, and the cost for coal-tar coating maintenance, all amounting to about Rs 5,000. Almost every confiscation necessitates this princely expenditure on their part, to build a canoe from scratch. “It can take at least two or three months to gather such a sum. Wooden boats, permitted by the Forest Department, are too expensive to afford,” explains Beena Bag, one of the fisherwomen.

They walk down some distance and spot a couple of confiscated dinghies, still sturdy, poking out through a mass of trees. The canoes and dinghies are the fishworkers’ only means to catch crab and fish, their sole means to earn a living. By now Anima is fuming: “Why confiscate the canoes and hurt us in the stomach? We don’t earn salaries, you know. This is not Calcutta city, where each month people earn something to be deposited in the bank. Nobody is going to hand me a bag of vegetables to cook. Life is different here.” 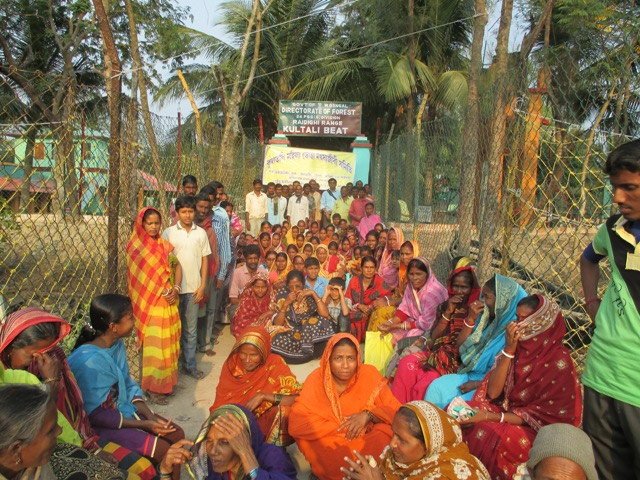 Indeed, life is starkly different in the Sunderbans. For Anima, and other fisherwomen like her, the day begins at 3 am. After housework, they take their canoes into the rivers. To make a catch, they wade into cold, chest-level water. Once they have caught the fish, they return home to cook and feed their children. Crab and fish depots are the next stop. The women come here to sell their catch with hope and no guarantees to make a little money. On days there are earnings, they are funneled into immediate household expenses, fishing input costs (if any), and savings for the less fortunate days in the week. Many of the communities here are landless second or third generation fishworkers, entirely dependent on fishing for their survival. And so, what they earn will determine what they buy at the market.

Anima was 10 or 12 when she got married. She recently lost her husband to a stroke. “There is no decent hospital here. Even pregnant women need to travel for two hours to Joynagar, where there are hospitals,” she exclaims, frustrated. The number of men in the Sunderbans has declined over time, mainly due to migration for better livelihoods; most move to cities as construction workers or get involved in tiger killings for the profit. 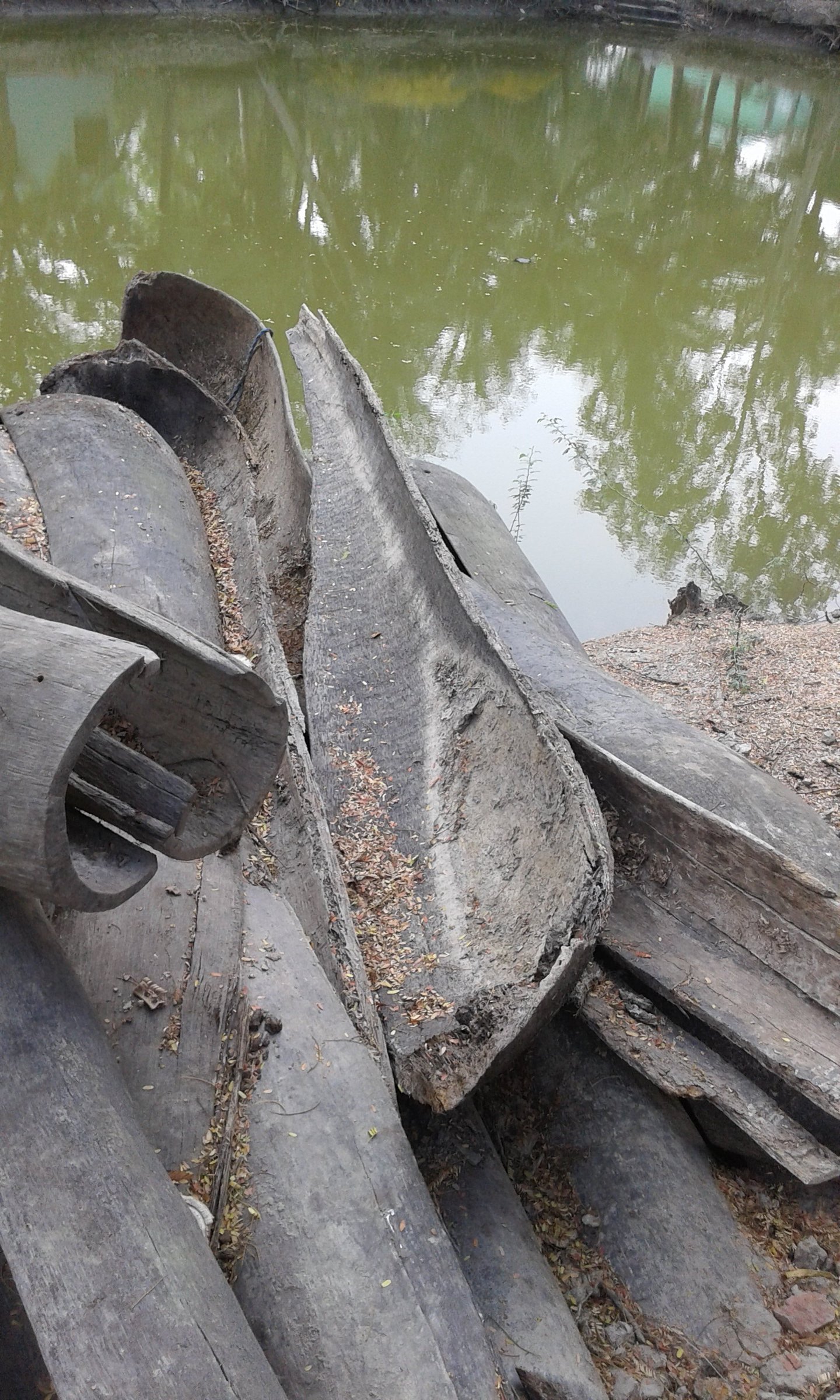 The women are also bitter about having no stake in the proposed tourism projects in the Sunderbans. “Why won’t they involve us in the tourism projects? It will give us better jobs and a better quality of life. Nobody seems to wants to (positively) engage with us. For instance, the big boats catch fish and crab just like we do, but it is us that the Forest Department goes after.”

If life is not hard enough, the Forest Department’s confiscation of their canoes has ensured that it becomes even harder. The reason cited is that since the canoes do not have a boat license certificate (BLC), granted by the Forest Department, they are therefore not authorised to ply in the Sunderbans; Kultali is part of Sunderbans reserve forest area, preventing the fishworkers from catching crab on their own land, unless they have a BLCs.

The BLC regime has several problems including a non-transferable nature, the possession of BLCs by those who are no longer fishworkers, a thriving black market, and the non-issuance of fresh licenses. A study on the Sunderbans fishers by the International Collective in Support of Fishworkers (ICSF) outlines these problems in detail. To deter fishworkers, the Forest Department uses methods such as seizing fishing nets; the women complained of receiving threats that glass bits would be mixed into with the riverbank sand, to prevent them from going (as they walk barefoot) to fish. 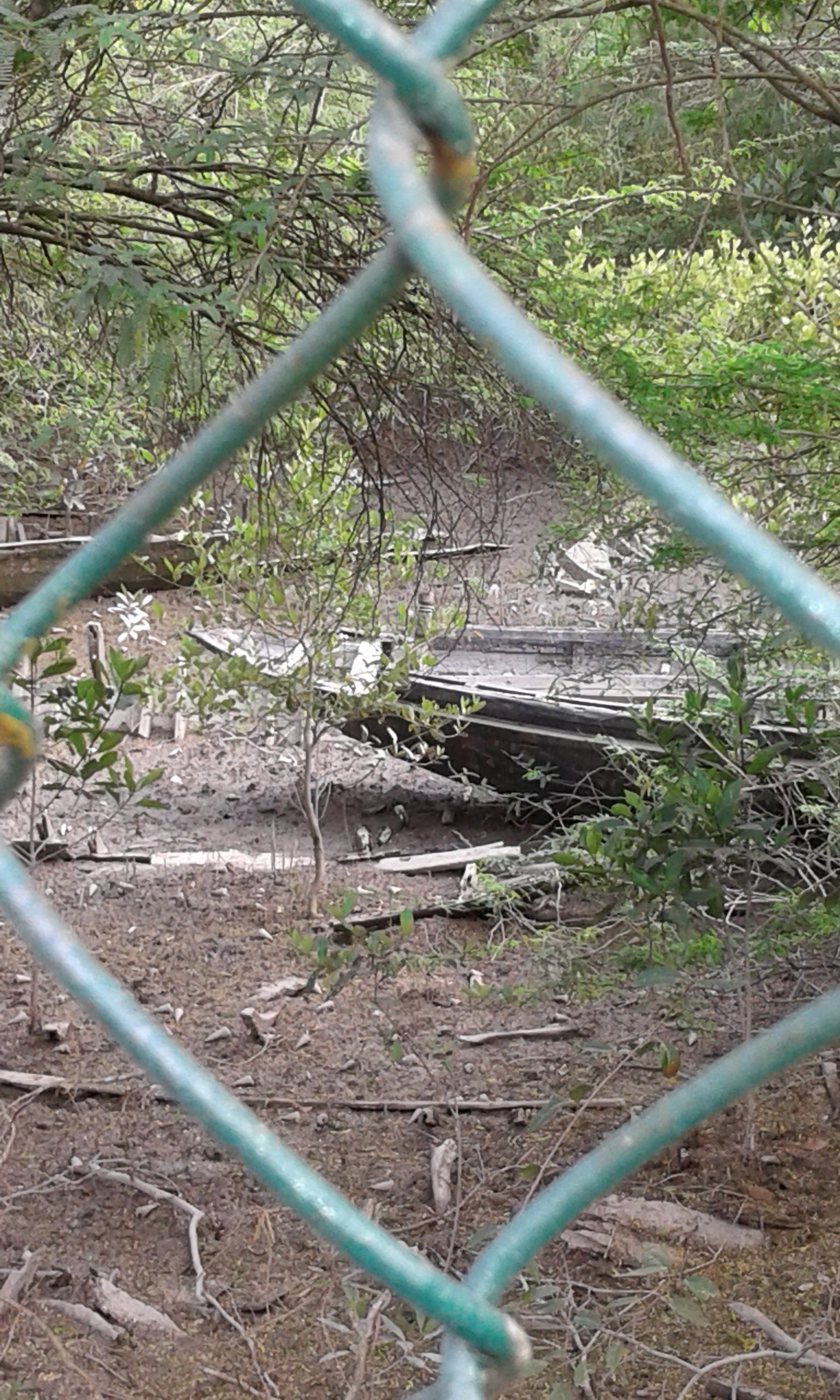 “The denial of the community rights of the forest dependent fisherwomen to fish in the forest waters is a violation of the FRA,” says Pradip Chatterjee, President of the Dakshinbanga Matsyajibi Forum. The Forest Rights Act (FRA) is meant to secure the access rights of forest-dwelling people, including sustainable use and conservation of the biodiversity of their home grounds.

He notes that despite repeated calls, the West Bengal government is yet to notify the FRA in the North and South 24 Parganas Districts: “The failure to notify the Act has resulted in the denial of livelihood rights to forest-dependent people including fishers, wild honey collectors, drywood collectors, and shell collectors (among others), leading to consequent conflicts with the Forest Department.” Implementing the FRA would allow fishworkers to catch crab without BLCs.

Hope and a victory

The beat officer enters the scene a little past 6 pm. He speaks with the women of the Mahila Donga Samity
and members of the Dakshin Matsyajibi Forum. The officer states that the canoes have been confiscated because of their alleged use for poaching. Episodes of poaching involving canoes have been sporadic, the
women argue, the entire fishing community should not be penalised. 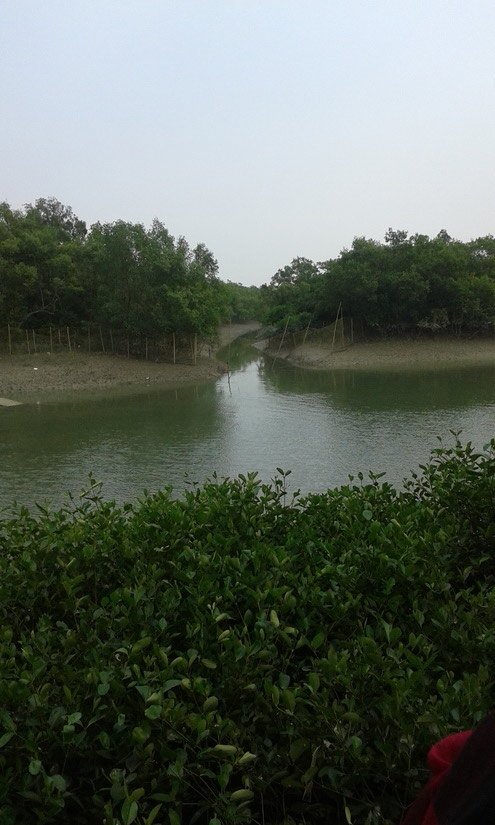 They promise to act as informers for the Forest Department during instances of poaching, but insist on their right to continue using canoes for fishing. The beat officer agrees not to seize canoes for the next three months, during which time the movements of the canoes will be supervised. He also agrees to take up the issue of the rights of forest-dependent fisher communities with higher authorities.

By the time discussions conclude, night has already set in. The women are happy to have this victory, even if temporary. They pile into a dinghy that takes them into the dark waters of the Sunderbans. Anima gazes at the still waters and towards home.

The writer is a researcher with the South Solidarity Initiative and is a journalist as well.