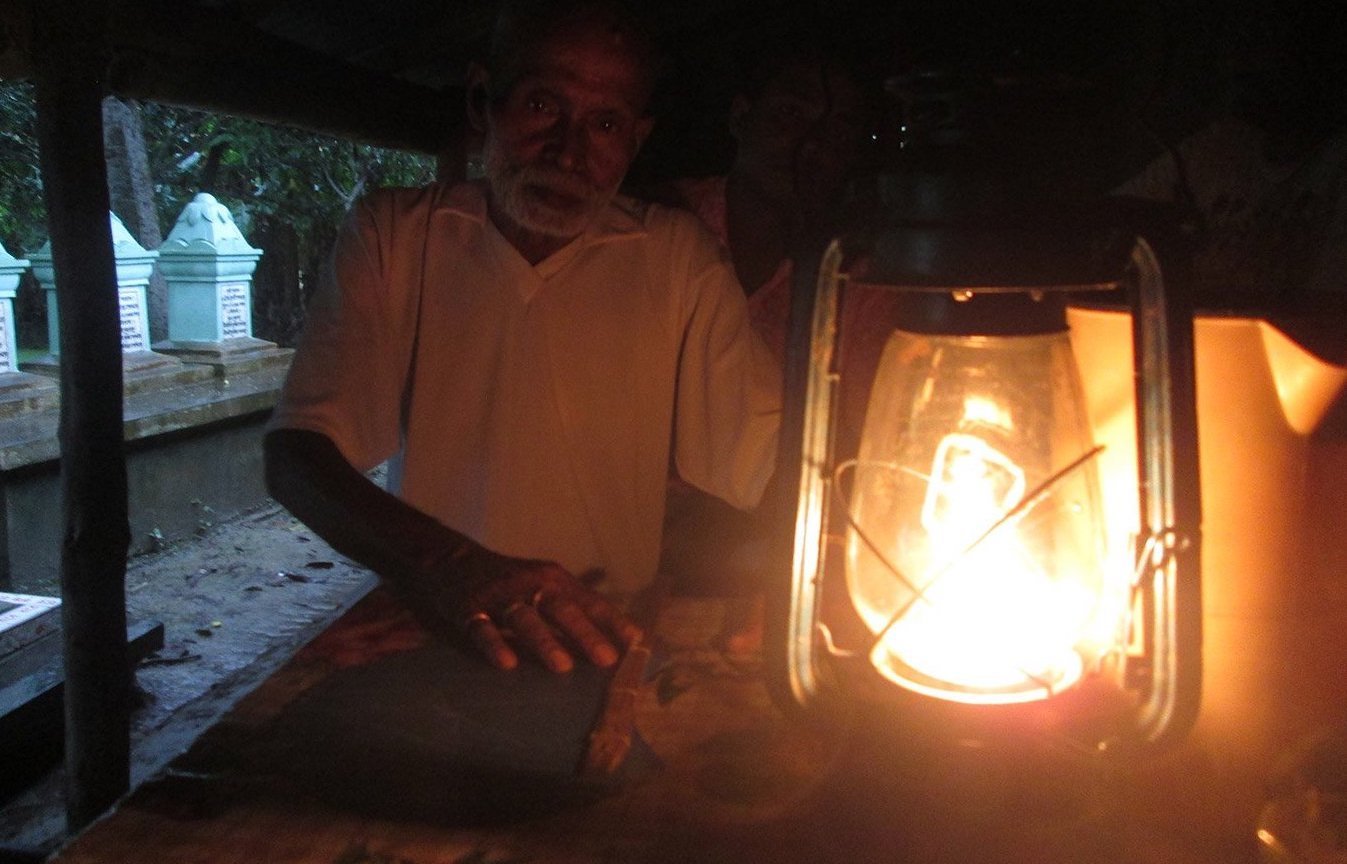 ‘Maach and chaash brought us to Sundarbans’

Flood, famine, Partition, riots, and the promise of land and jobs drove early migrations to the Sundarbans. The settlers then battled disease, hunger and attacks by tigers, but eventually found a home

The year was 1949. Jiban Krishna Poddar, 14 years old, fled from his home in Barisal district to West Bengal, along with his parents and grandmother. The Noakhali riots of 1946 had sparked off waves of migration which would continue for many years. Two years after their flight, the family made their way to the Sundarbans.

Now over 80 and seated in the verandah of his home on a rainy evening, he reminisces about the journey that brought him to Krishnadaspur village in Patharpratima block, the place he calls home: “There was violence, so we had to leave. My mother, Usha Rani Poddar, packed all our belongings into 14 bags. We reached Khulna city [then in East Bengal] by ship. A train took us to Benapole.  We hid our money and ornaments in clothes and belongings.”

Jiban recalls that the family was taken to a refugee camp in Nadia district of West Bengal, where they lived for 11 months with more than 20,000 others. The refugees were asked to settle in Dandakaranya (the forested Bastar region of central India), the Andaman islands or the Sundarbans in West Bengal.

“My father, Sarat Chandra Poddar, chose the Sundarbans," Jiban says. "He wanted to own and farm land. Maach and chaash (Bengali for fish and agriculture) were the two main attractions. He felt that the Dandakaranya and Andamans were uninhabited jungles where it would have been difficult to live.”

'When we began farming, it was difficult. The area was 60 per cent water and 40 per cent jungle. The drinking water was not clean and many people died of cholera. The doctor would come once in 15 days. There was a famine and we had to suffer great hunger'

Jiban’s family was among the 150 families that left from Howrah for the Sundarbans by ship. They came to Mathurapur block where the Indian government asked them to clear the jungles for agriculture. “When we began farming, it was difficult. The area was 60 per cent water and 40 per cent jungle. The drinking water was not clean and many people died of cholera. The doctor would come once in 15 days. There was a famine and we had to suffer great hunger.”

Jiban’s father got a job in a government office where his task was to operate a hand fan for other employees. His mother kept buffaloes and sold milk and eggs.

The family was eventually allotted 10 bighas of land (one bigha is around one-third of an acre in West Bengal) in Krishnadaspur village, where they began cultivating rice. After saving some money, they bought more land and built a house in the village, which now has a population of 2,653 (2011 Census).

Jiban lives with his wife and 11 children, and retired as postmaster of the village post office around 2010. Priyaranjan Das, 64, who retired from the village post office as a peon, also traces his origins to East Bengal. He arrived from Noakhali with his parents in the early 1950s, when he was two years old. “We would boil stems and eat them since there was no food.  There would be severe outbreaks of cholera, causing many people to leave. But we stayed on,” he remembers.

Many other families came to the Sundarbans from different parts of West Bengal, the Chota Nagpur Plateau and Odisha after 1765, when the East India Company acquired the civil administration in Bengal. Amites Mukhopadhyay ( Living with Disasters: Communities and Development in the Indian Sundarbans ) and Annu Jalais ( People and Tigers: An Anthropological Study of the Sundarbans of West Bengal, India ) write that the colonial rulers, interested in increasing their revenues, hired labourers from different parts of the subcontinent to reclaim and cultivate land.

Robi Mondal of the Tagore Society for Rural Development, a non-governmental organisation that works in the Sundarbans, says: “The floods and famine in Medinipur, the 1947 Partition of Bengal and the 1971 Bangladesh war of independence caused a further exodus of people, and many of them landed up in Sundarbans.”

Another round of migration took place around 1905, when Scottish businessman  Daniel Hamilton was working towards rural reconstruction through a cooperative movement in the islands of Gosaba block. He leased out land to labourers for cultivation. Many of the descendants of the migrants still live in Gosaba, and remember his contribution to the development of the Sundarbans.

Eighty-year-old Revati Singh, who lives in Jotirampur village, is originally from Ranchi. His grandfather, Anandmai Singh, came to Gosaba in 1907, during Hamilton’s cooperative movement. “He arrived in Canning block by tram. They would probably have walked from there to Gosaba, which is currently more than 12 hours on foot. Later, Hamilton built small boat launches to transport them.” 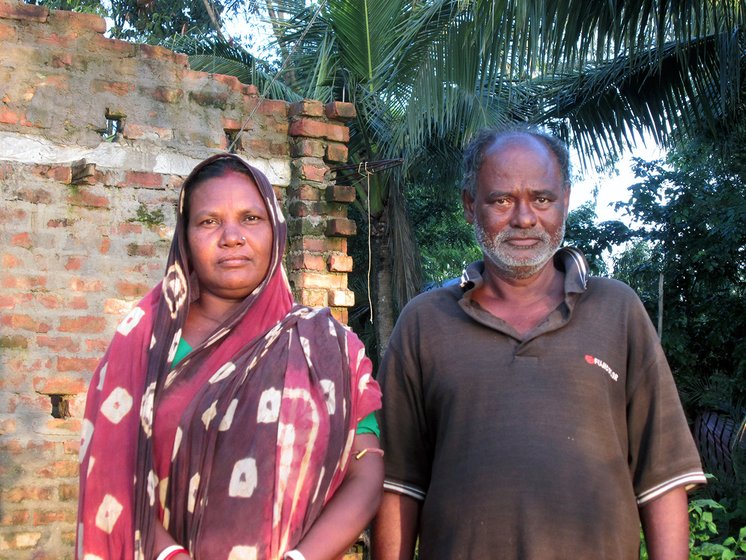 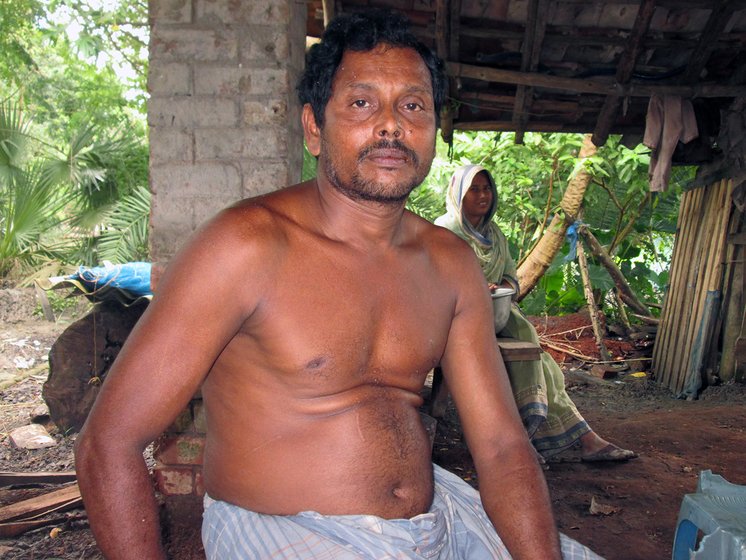 Left: Lakhan and Sandhya Sardar. Lakhan’s grandfather migrated from Ranchi to Gosaba in the early 1900s . Right: Mohammed Molhor Sheikh’s great grandfather arrived in the Sundarbans from Midnapore some 150 years ago

Revati has heard that the population at the time was small, and there were recurring attacks by tigers and crocodiles, and no clean drinking water. Has the situation changed? “Fewer tigers attack now,” he says. “There were no jobs then, and even now getting work is a problem. I used to cultivate rice but stopped because the river would overflow into the fields.” Revati’s three sons have informal jobs.

Lakhan Sardar, whose grandfather Bhagal Sardar also migrated from Ranchi to be a part of the cooperative movement, remembers that on Hamilton’s invitation, renowned poet and writer Rabindranath Tagore visited Gosaba in 1932.

A large section of the population of the Sundarbans is from the Medinipur area of West Bengal. Frequent flood and famine in Medinipur drove inhabitants to the Sundarbans to work as labourers or cultivators of land. Jyotirmoy Mondal from Jotirampur village recalls that his grandparents walked from Medinipur to the Sundarbans before the onset of Hamilton's cooperative movement. “Grandfather became a night watchman and eventually died of fever.  My grandmother, Digambari Mondal, would guard people’s buffaloes for a living, cultivate rice and sell ghee.”

Mohammed Molhor Sheikh cuts wood for a living in Arampur village in Gosaba. His great grandfather came with two brothers from Medinipur to the Sundarbans, 150 years ago. “We heard stories of how they would chase tigers with iron rods flaming with fire. We also heard how they would frequently suffer flood and famine and the destruction of their rice fields.”

Another wave of migration from Medinipur occurred during the severe 1943 famine in West Bengal.  Seventy-one-year-old Haripriya Kar’s husband’s family migrated to Gosaba during this period. The village Jotirampur, where she lives, is named after Jotiram Kar, her father-in-law.  “Jotiram and Khetramohan were brothers who came from Medinipur to Gosaba, bringing 27 families with them. These families cleared the surrounding forests and settled down,” she says.

Haripriya’s house is cast in darkness as she speaks. The electricity was cut a few hours ago. Livelihood options here are few, it is difficult to get medical help, and connectivity with roads and transport is a huge hurdle. Still, the descendants of the original settlers of the Sundarbans do not have it as hard as their ancestors did. The struggle for a better life continues, even as they recollect the hardships and deprivations of the past.