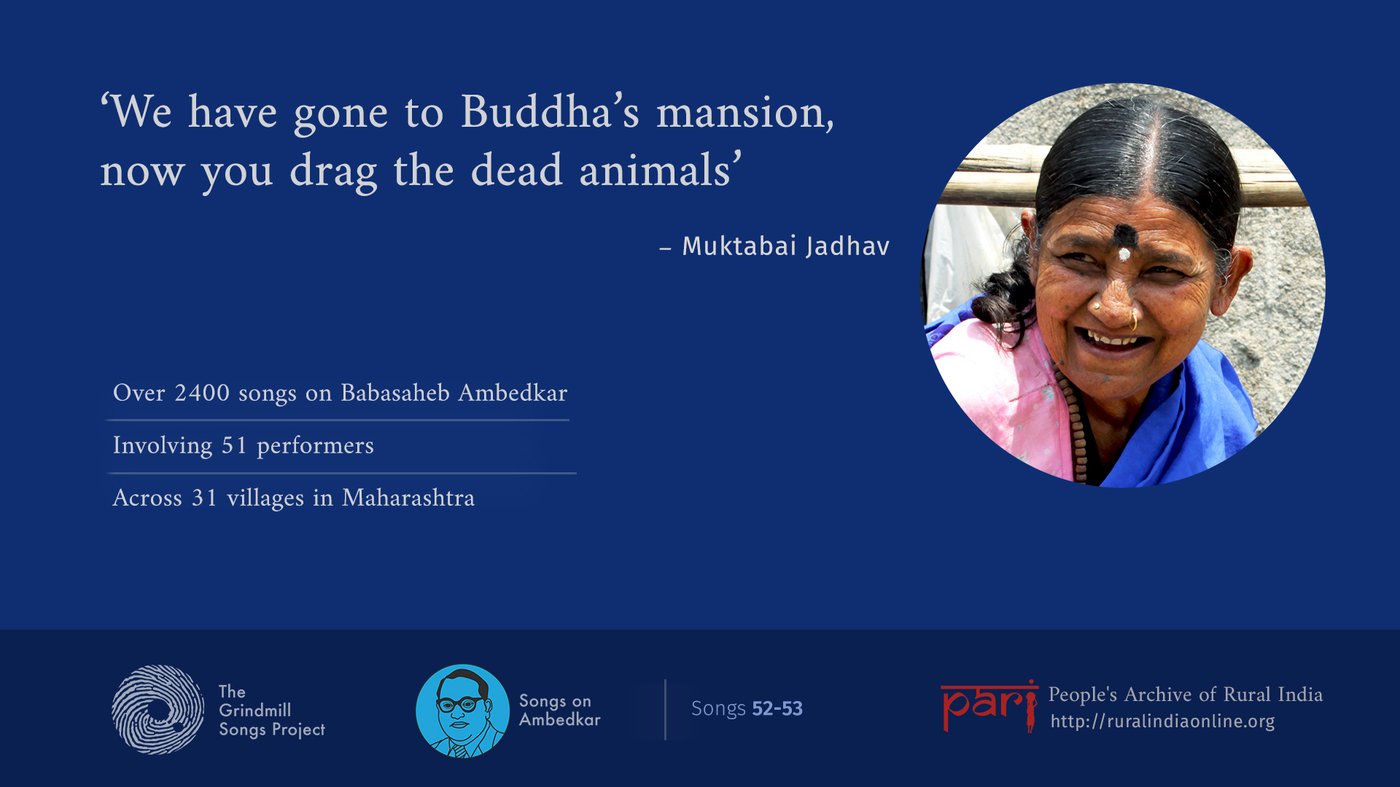 A demand for equality, a rejection of caste-based duties 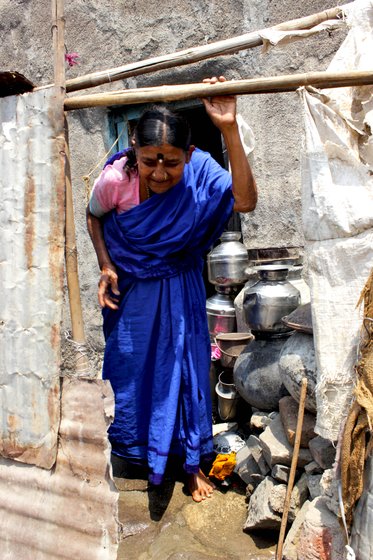 As the month of April draws to a close, we bring the last of this series of ovi on Babasaheb Ambedkar. The two couplets featured here are by Muktabai Jadhav of Bhim Nagar. This hamlet in Majalgaon, a taluka village, has a predominantly Dalit population. For the Grindmill Songs Project, it has been a rich source of songs about Ambedkar.

In the first ovi , the performer asks when Ramabai made gold earrings. She answers that Ambedkar sent them to his wife by an airplane. The gold ornaments and the airplane both signify prosperity and economic advancement.

In the second song, Muktabai asks women of Brahmin families why they are sprinkling their courtyards (a morning ritual), implying this is not the only work they should do. In the next line, she says that the Dalits have moved out of their (imposed) confines and reached Buddha’s mansion (Buddhism). They will no longer do menial duties like dragging the carcasses of dead animals, a task that the system of caste-based occupations has forced on them for centuries. Instead, the Brahmin women will have to do this work – a reference to breaking caste-based distinctions, even if symbolically.

Ramabai, when did you make these gold earrings?
Bhimraj, her husband, sent them by airplane

Daughter of a Baman, why are you sprinkling water in the courtyard?
We have gone to Buddha’s mansion, now you drag the dead animals 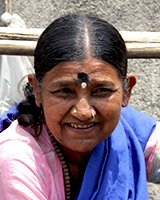