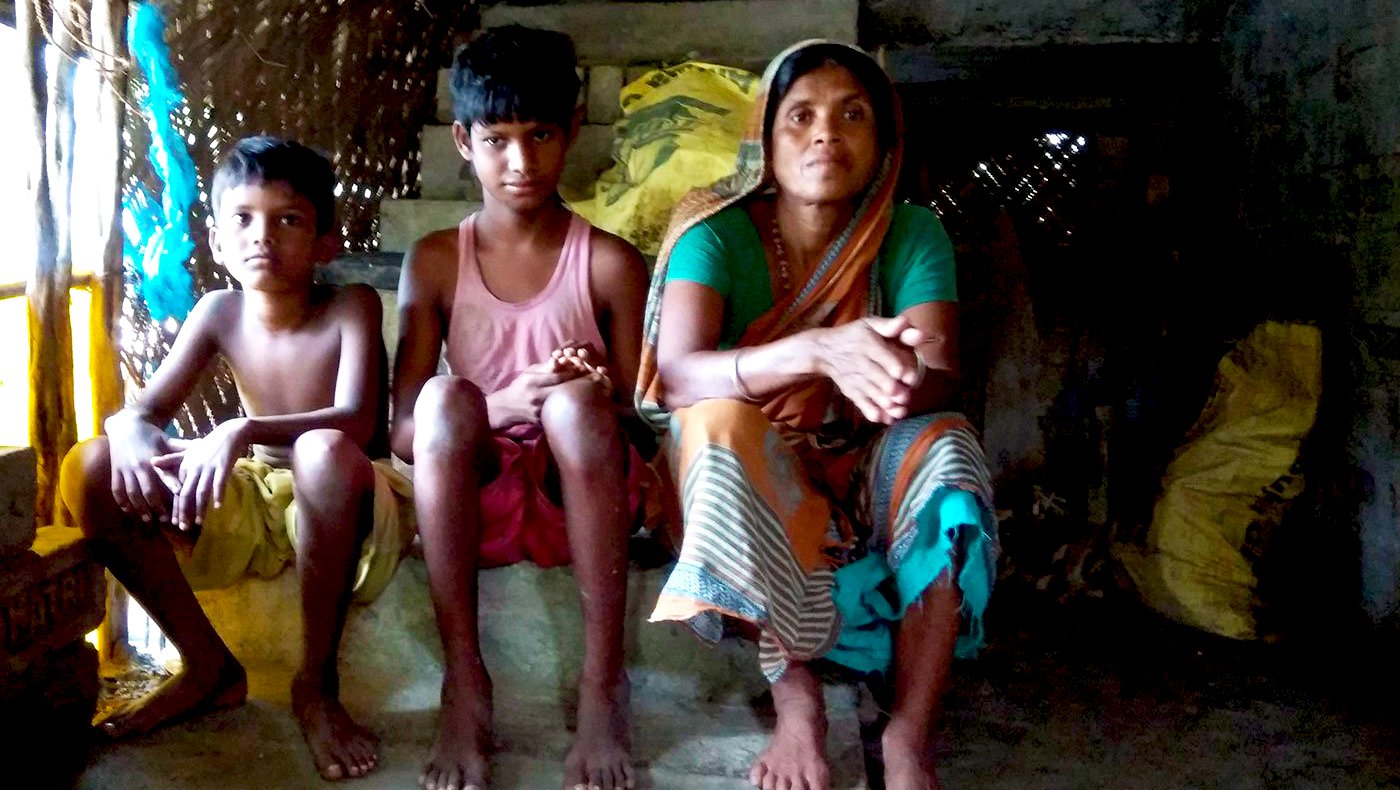 Widowed by tigers, abandoned by the state

Every year, estimates indicate, around 100 men are killed by tigers in the Sundarbans. A bureaucratic maze then disallows their widows from getting compensation, forcing them to live in distress and penury

Shikha Mondal  lost her husband Asit in November 2015. “He went with two other men to the Garal river in the Baganbari forest to catch crabs. The other two  returned and told me that a tiger carried my husband away,” she says. Asit Mondal was 32 when he died, the family’s sole earning member, and the father of two school-going sons.

Determined to claim compensation, Shikha, a resident of Jahar Colony village in  West Bengal’s Gosaba block, paid a lawyer Rs. 10,000 to help her. “There were many documents to gather – no objection certificates (NOCs) from the police and  Forest Department, insurance card, a letter from the village pradhan , and a death certificate.”

Shikha now catches crabs and prawns, does odd jobs and agricultural labour, and somehow manages to send her sons to school. Unable to afford an independent household, she and her children live at an uncle’s house.

Thousands of women in the Sunderbans have similarly lost their husbands to tiger attacks. This delta region, spread over around 4,200 square kilometres in eastern India and home to the world’s largest mangrove forests, is synonymous with tigers.

The situation worsens when the men die in the core areas, which the villagers here are not allowed to enter at all, with or without permits

Watch video: Shikha Mondal describes her ordeal of trying to get compensation after her husband died in 2015

The tigers in the forests of Hingalganj, Gosaba, Kultali, Pathar Pratima and Basanti blocks are a threat to the villagers who depend on the forests for their daily needs and livelihoods. These blocks are close to the Sundarbans National Park (and tiger reserve), which includes a core area of around 1,700 square kilometres and a buffer area of around 900 square kilometres, where some livelihood activities are allowed. Usually, it is the men in the villages here who venture into the forests to catch fish and crabs, or to gather honey and wood. In a face-off with a tiger, most often the man dies.

The exact number of women widowed in this manner in the Sundarbans is unknown, but locals, non-governmental organisations and others estimate the number is at least 3,000 over three decades – or around a 100 a year.

“Since 2011, nearly 250 women have lost their husbands to tiger attacks in Gosaba’s Lahiripur gram panchayat area [consisting of 22 villages],” says Arjun Mondal, who manages the Sundarbans Rural Development Society, an NGO that works for the welfare of the ‘tiger widows’. “Not a single one has received compensation,” he adds.

The women are entitled to total compensation of roughly Rs. 4-5 lakhs from the West Bengal government’s Forest Department, Fisheries Department and the state’s Group Personal Accident Insurance Scheme. However, there are many conditions; Arjun lists a few: “The husband should not have died in the core area, he should have had a boat licence certificate (BLC) and a permit from the Forest Department. Additionally, the wife is required to submit several documents to the different departments to get the compensation.”

Invariably, people from the villages do wander into the core area. Arjun, a fisherman himself, says, “We don’t realise where the buffer zone ends and the core area begins. The government issues very few BLCs, and not everyone can afford one. Getting permits also depends on the will of the Forest Department.”

Therefore, the odds are stacked against the wives of men who do not have BLCs or permits. The situation worsens when the men die in the core areas, which the villagers here are not allowed to enter at all, with or without permits.

As it did for Namita Biswas, 40, from Patharpara village in Gosaba block. Her husband Manoranjan, a fisherman, was attacked by a tiger in the core area in February 2015. He survived and was admitted to a hospital, but died a few days after he was discharged. “The infection from his head injury had not healed," Namita explains. "My husband had a BLC, but the police refused to take my statement. We gave all our documents and medical bills to the Forest Department for reimbursement. The money is yet to come. There are so many widows like me. The government should at least give us a monthly pension.” 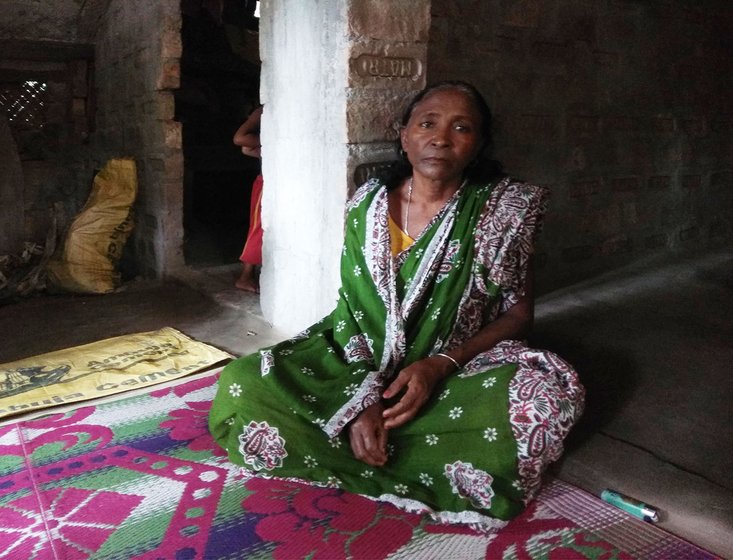 While Shikha and Namita still await compensation, Purmila Burman, 55, of Patharpara, has no such hope. In March 2016, her fisherman husband Shubhendu was killed by a tiger in the core area. “A middleman promised to help me when Shubhendu died. I gathered all my documents and gave them to him, believing he would help,” Purmila says. The agent has since disappeared with her documents, and she has received no compensation.

The Sundarbans are full of stories like these. In some families, consecutive generations of families have lost their men to tiger attacks. Most of the villages where this has happened have bidhoba paras or ‘widow localities’. In most households, the women’s lives are marked by distress and penury. It is difficult for them to re-marry since remarriage is frowned upon.

Only the Fisheries Department responded: in the last six years, only five women – a tiny portion of the estimated 100 women whose husbands are killed by tigers every year – have filed for compensation with the department. Of them, only three received Rs. 1 lakh each. The other two were denied compensation since the postmortem reports for their husbands were not available.

But contrary to the Fisheries Department data, most of the women I talked to said that they had applied for compensation – so it is likely that their claims are not being accepted due to incomplete documents or other conditions they fail to meet.

“The entire process is daunting, with many documents to submit and a lot of running around. The woman may even be misled or might be unaware of the process,” says Pradip Chatterjee of the Dakshinbanga Matsyajibi Forum. (The Fishworkers Forum of South Bengal, which is trying to help ‘tiger widows’ claim compensation and find work). “Meanwhile, fresh killings by tigers are reported every year, adding to the numbers of widowed women,” he says.

And some women, Chatterjee adds, fearful of the questioning by the Forest Department, ‘suppress’ the death of their husband, especially if he has been killed in the core area – they don’t even register it with the authorities, and nor do they claim compensation.

But Ranbibala Mondal of Patharpara village did try to claim the compensation. Her husband was attacked by a tiger many years ago. “After all these years, the government has given me nothing,” she says. “Can you do something?”