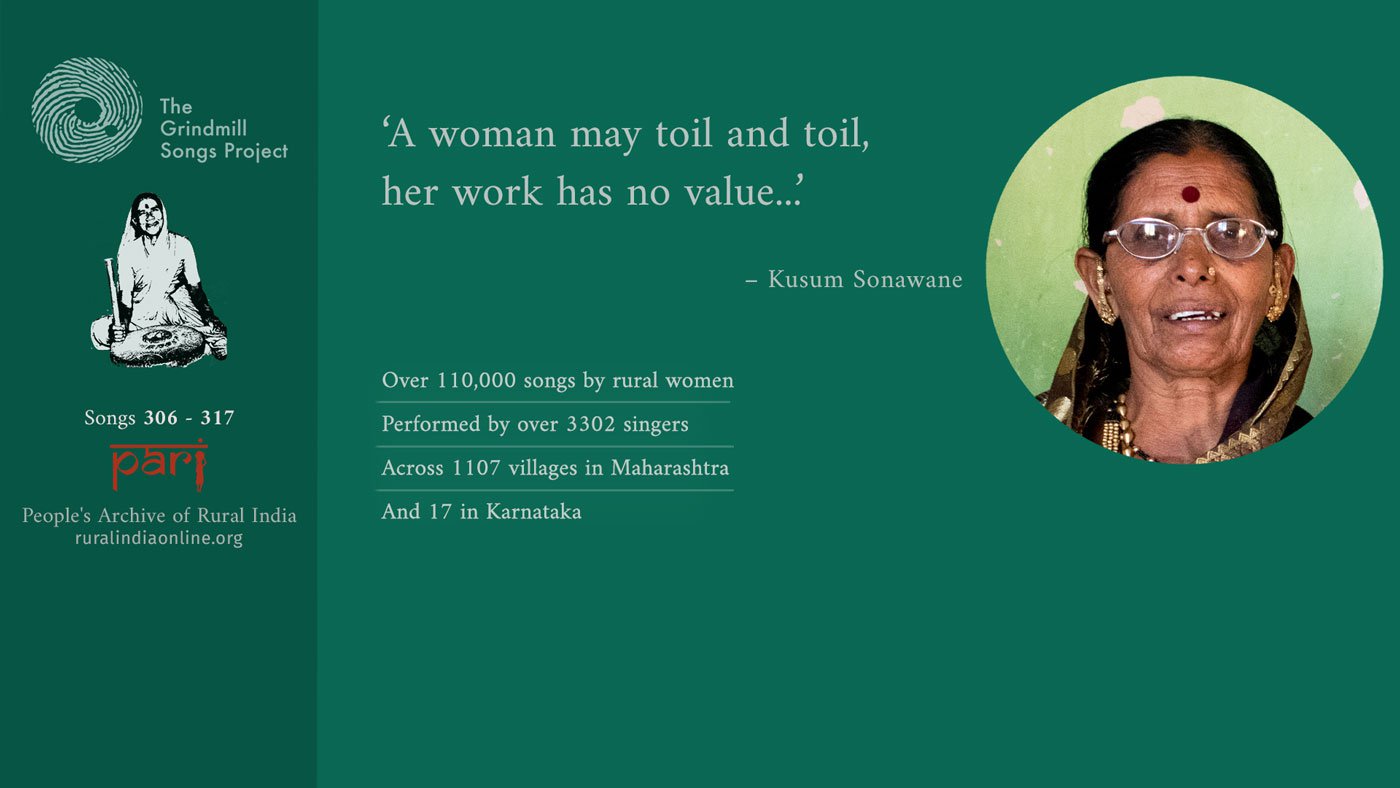 What is the worth of a woman’s endless work?

Kusum Sonawane, a 72-year-old farmer from Pune district, sings about women’s unending and unvalued work – and the many facets of their life from birth to adulthood

Wet wood burns in the kindled fire
How much can I work? Nobody cares for it in my parents’ home

Wet wood burns in the kindled fire
A woman may toil and toil, her work has no value

These couplets sung by Kusum Sonawane about 20 years ago remind us of the lack of recognition for women’s work – be it in farming, household chores or family care.

“Men work in the fields, but women farmers work so much more,” says 72-year-old Kusumtai, who has been an active farmer for most of her life. “The agricultural lands are still intact because of women. But now, some men are getting together to destroy all this.”

Even at this age, Kusumtai cultivates her family’s 2.5-acre farm in Nandgaon village of Maharashtra. “The tur crop is ready. I’ve come to the fields to cut it,” she tells me on the phone on a hot March afternoon, from her village in Mulshi taluka , in Pune district. Besides tur , Kusumtai also grows paddy and harbara (chickpea) in her farm.

Though she works in the fields herself, Kusumtai also employs workers, both women and men, to help her run the farm. “I cannot do everything on my own,” she tells me. Her husband, Mukunda Sonawane, died a few years ago. Of their four children, only one is a farmer – her daughter Usha Ovaal, who is in her 50s and living in Mulshi’s Jamgaon village. The others – two sons and another daughter – are not involved in agriculture.

As an energetic member of the Garib Dongri Sanghatana since 1980, Kusumtai has been fighting for the rights of the rural poor in Mulshi’s hilly tracts with others from her group. The traditions of agriculture and people’s livelihoods are being destroyed, she says, when we discuss the ongoing protests by farmers against the new farm laws. “What will the children of farmers do if that happens? It is very good that the andolan [protest] of farmers is going on in Delhi and everywhere else in the country.”

Kusumtai had sung the 12 ovi (couplets) presented in this instalment of the Grindmill Songs Project (GSP) in 1999. They were recorded by the original GSP team, led by social activists and scholars Hema Rairkar and Guy Poitevin. 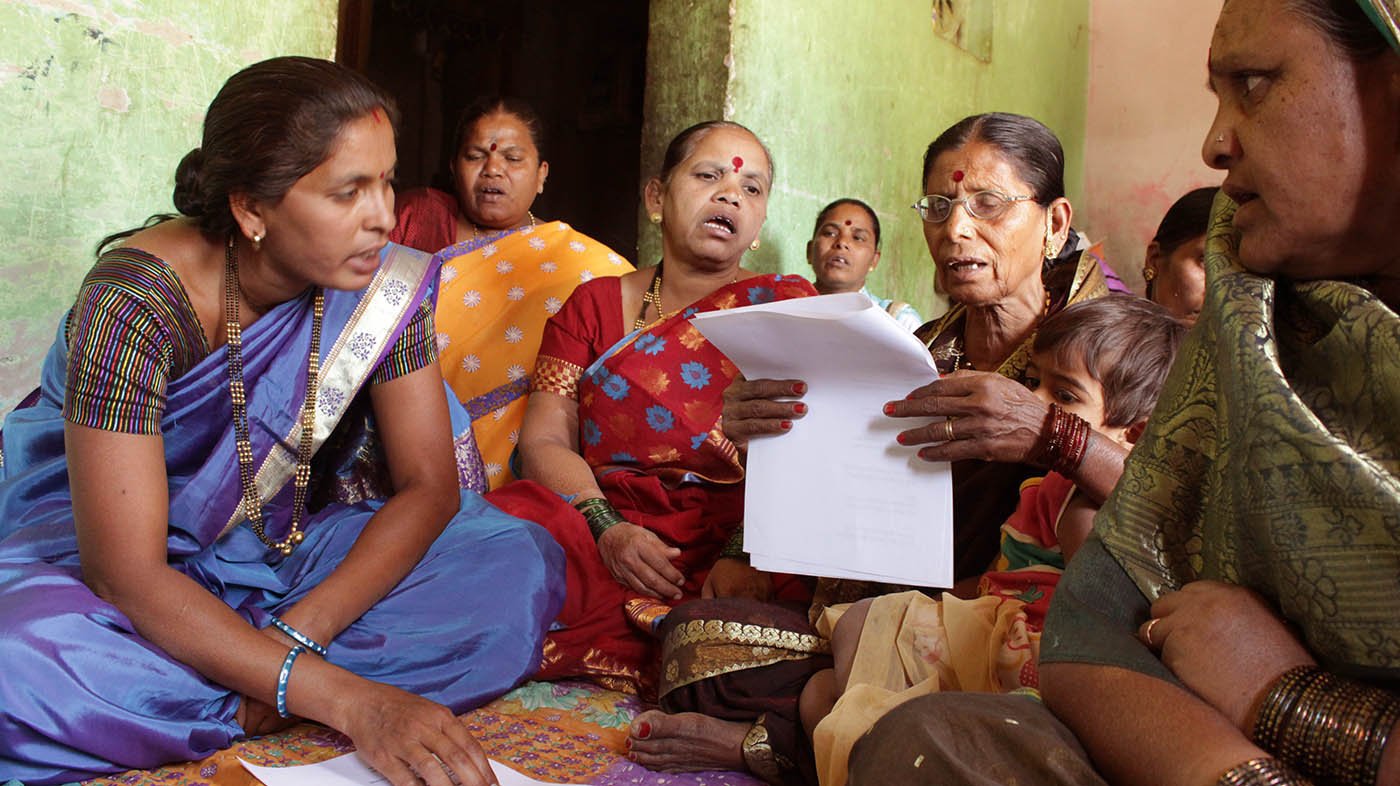 Kusum Sonawane (wearing glasses) at her home in Nandgaon village, singing ovi with women from her neighbourhood

Ever willing to talk about the grindmill songs, Kusumtai explains the first two ovi , which introduce the discontent felt by women. “A woman may work hard all day, everyday, but even in her parental home it is not valued,” she says. “Just as wet wood or the thick water-filled leaves of succulents will eventually catch fire if they are set alight, the continued neglect of a woman’s work and its worth ultimately makes her burn with rage and disappointment.”

In the 10 ovi that follow, Kusumtai sings about the many facets of life and relationships experienced by a woman from her birth to adulthood.

When a girl is born, says the narrator of the ovi , it is as if a calamity befalls the parents. This is because they expect a male child. Growing up, a woman may have close friends to confide in, but the women living near her – her neighbours – may not be ready to listen to her. A woman is happiest when she and her mother can fearlessly confide in each other. They could keep talking all night without realising that it was already dawn.

A couplet about a woman’s relationship with her brother shows that his affection is very dear to her. She wants no money or gifts from him. “Just ask me to come home,” she says. In another ovi , the singer likens her brother to a mirror – he is honest and trustworthy.

It is good for a woman to be a confident and not depend on anyone, the narrator continues, because her brother-in-law could be the one to take advantage of her. The ovi compares the life of a woman, especially a married woman, to a boat tethered with a dangerous, snake-like rope.

It isn’t wise for a woman to be proud of how good her life is, the singer adds, using the metaphor of a boat in turbulent water, which can capsize at any time. It is a warning that anyone around a woman could harm her. These couplets highlight the uncertainties faced by women in our patriarchal society. 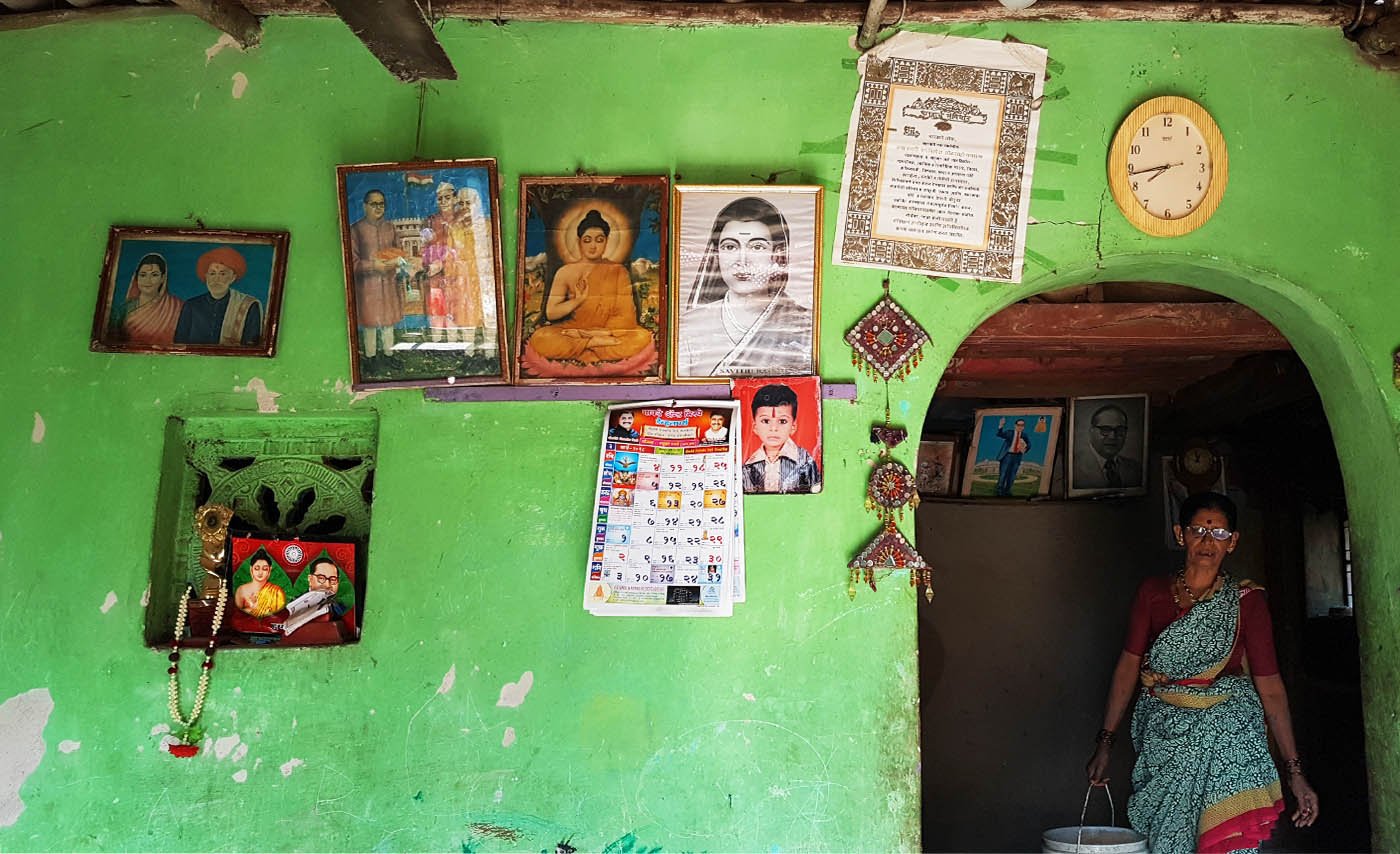 Kusumtai has been a farmer for most of her life. "Women farmers work so much more," she says

A mother-in-law, who is often derided in society and called “irritating”, is given sympathy in the next ovi . The narrator points out that the mother-in-law also brings up a daughter who is as precious as pearls and coral.

The penultimate couplet expresses a woman’s joy at receiving a gift – a black Chandrakala saree – from her nephew. The saree, with star-like motifs, is popular in Maharashtra. It is usually worn during the Makar Sankranti festival in January. The woman tells her sister (her nephew’s mother) that the saree’s padar (the loose end worn over the shoulder) is woven in the “modern Mumbai style.”

In the last ovi of the set, the singer addresses her friend. “It has taken a long time for our close friendship to grow,” she says. But she fears that the delicate thread of their bond could be destroyed at any time if a malicious person were to come between them.

“These ovi show the real lives of women,” explains Kusumtai. “We could not speak about it out in the open, so we spoke to the grindmill to share our sukha-dukkhha [joys and sorrows].” The grindmill was like a close friend to the women, she adds.

Before saying goodbye on the phone, Kusumtai says, “Call me with your questions any day, any time to talk about the jatyavarchya ovya [grindmill songs].”

Listen to the 12 ovi sung by Kusum Sonawane

Wet wood burns in the kindled fire
How much can I work? Nobody cares for it in my parents’ home

Wet wood burns in the kindled fire
A woman may toil and toil, it has no value

Wet wood burns in the kindled fire
A daughter is born, a calamity for the parents

O woman, there are many friends in whom we confide our deepest feelings
Our neighbour women, if not close to us, go away without listening

Sharing of joys and sorrows between mother and daughter is the happiest thing
They get so engrossed in talking, they don’t realise that the stars have set

Don’t buy anything for me, don’t fulfil my demands
I tell you, my dear brother, just ask me to come home

O woman, don’t say you have your brother-in-law’s protection
For a boat in water, it is like the [snake-like] rope tied to it

O woman, don’t say you will behave any way you wish
For you are like a boat in water that will tilt one day

O woman, [I have a] black Chandrakala saree, its padar is modern, Mumbai style
I tell you, Tarubai, my dear sister, it’s from your son’s earnings

It has taken a long time to build our close friendship
If someone spoils it maliciously, it won’t take a moment to break 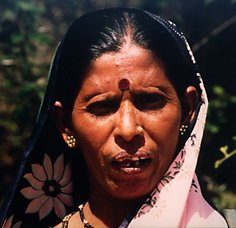 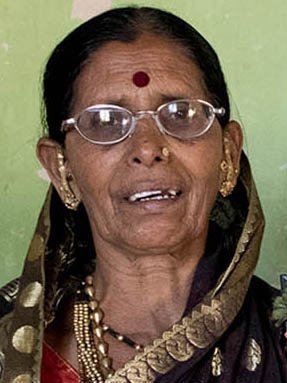 Date: These songs were recorded on October 5, 1999