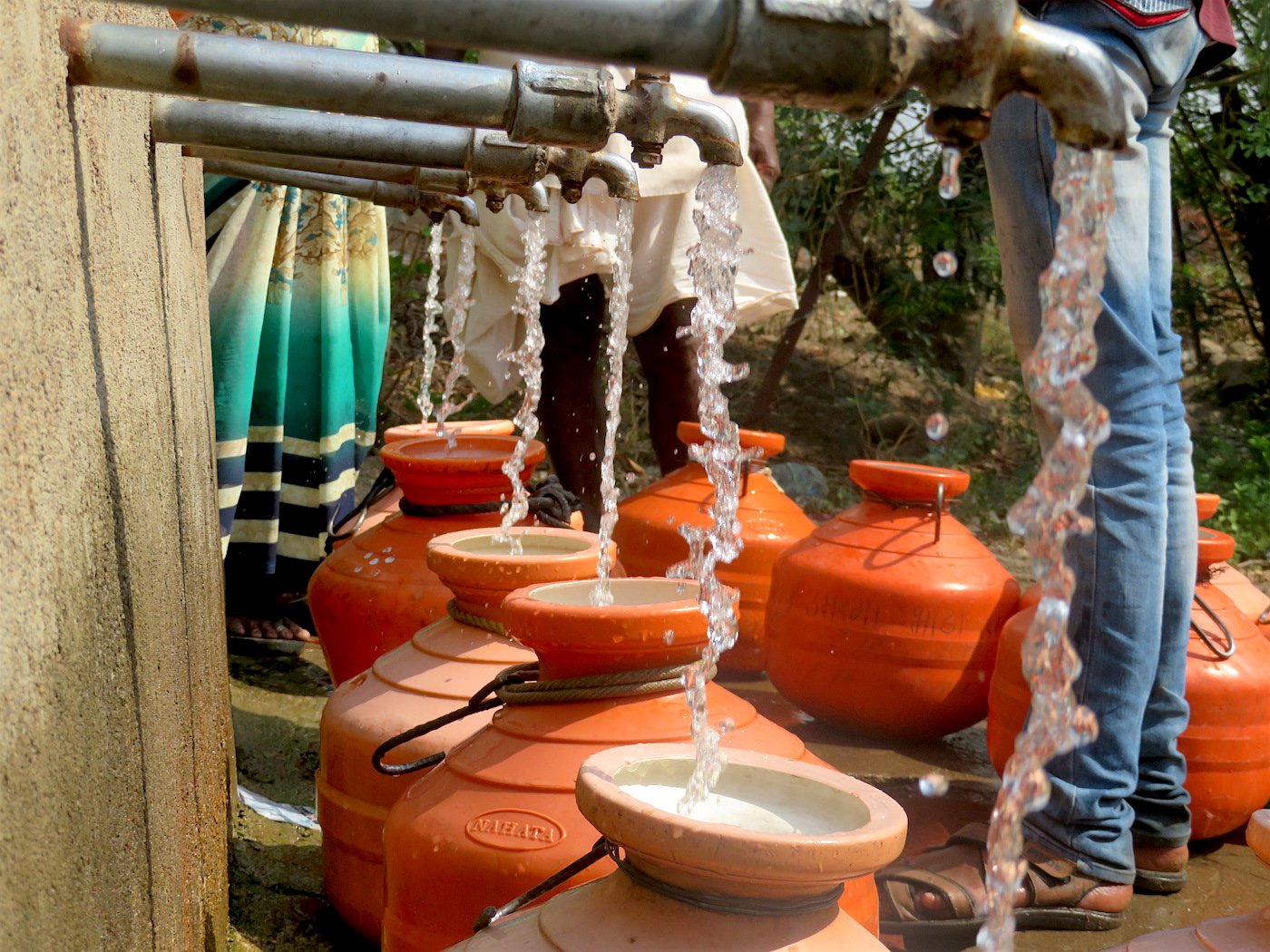 An unregulated borewell economy thrives through the dry summers in Osmanabad district of Marathwada, with agents and rig owners cashing in on the desperation of farmers to find water at any depth, any cost

A clanging of pots announces the dawn in Takwiki, as people surge towards the nearest water source in this village in Marathwada's Osmanabad district. Soon, the narrow alleys are lined with water-seekers and their water containers. The oldest is 60-plus, the youngest, five.

Prithviraj Shirsath, 14, and Aadesh Shirsath, 13, are in the queue. A teacher who lives right across their home opens his borewell to the villagers twice or thrice a week. The summer vacations are on, and the Shirsath cousins don’t have the excuse of school to avoid spending their morning fetching water. “When we do not get water from the teacher’s house nearby, we travel a kilometre,” says Prithviraj, ribbing his cousin about taking two hours to fill 10 pots while he fills 15 pots in an hour-and-a-half. “You never let me take the bicycle,” Aadesh shoots back, smiling.

Some distance away, 40-year-old Chhaya Suryanvanshi is less sanguine about walking through the fields in the blistering heat. Her nearest source of water, another borewell, is around a kilometre from her house. Filling water is her responsibility, while her husband works on their farmland. “I need 15 pots a day for my family of six,” she says, a pot parked on her head, supported with her right hand. Another is resting on her hip, beneath her left arm. “I can carry two pots at a time. It still requires 7-8 eight trips a day. Each trip takes just under 30 minutes. And this year has been better than the previous ones [because of better rainfall in 2016].” 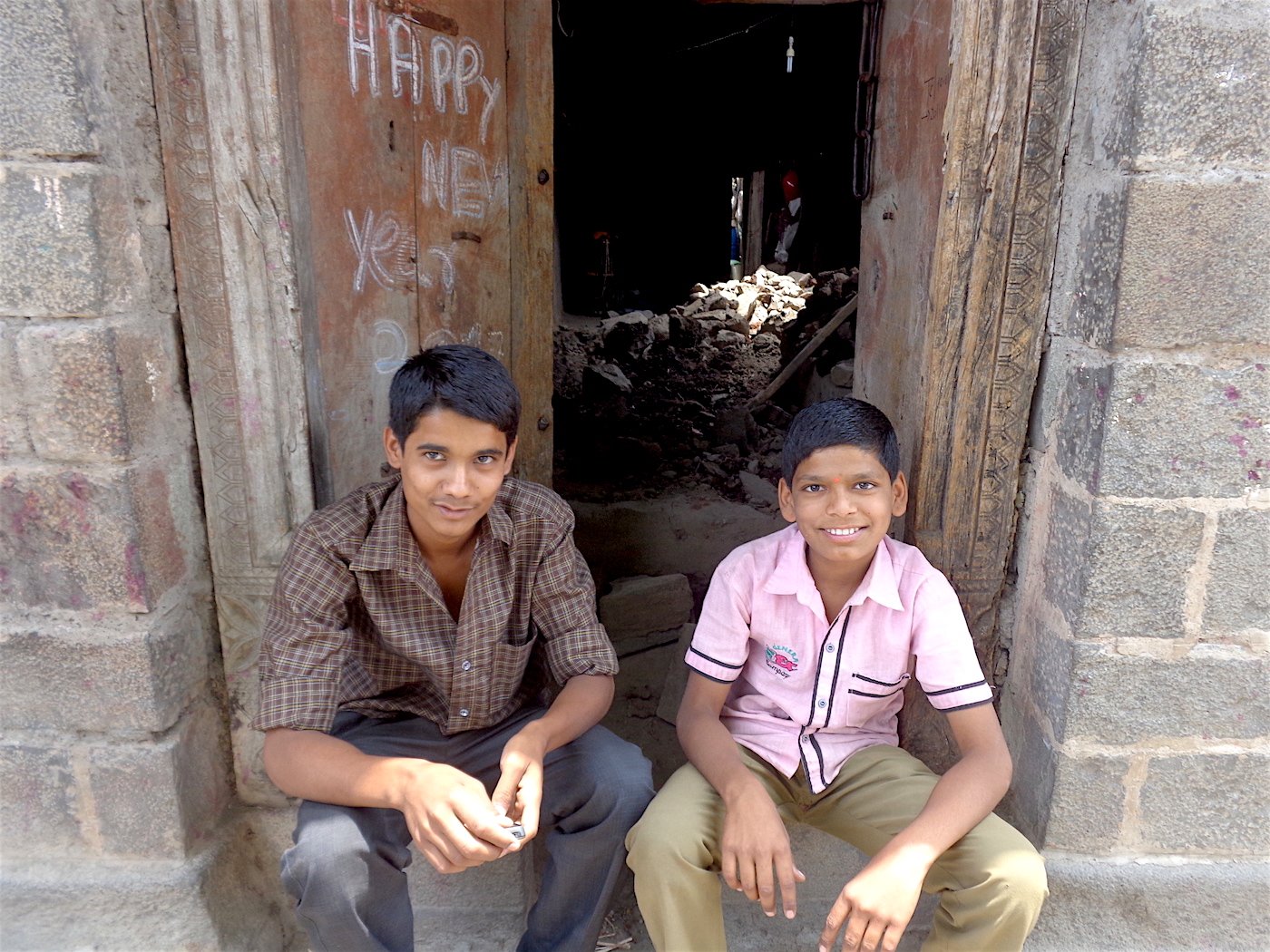 With their school closed for the summer vacation, Prithviraj (left) and Aadesh Shirsath spend their mornings fetching water for the family

This is life for the 4,000 residents of Takwiki through the summers. Due to the daily struggle for water, and the time and effort involved in procuring it in these drought-prone areas of Maharashtra, the villagers have become hugely preoccupired with borewells.

Owning a private source of water not only makes life easier, it also bestows power and status. The teacher walks through Takwiki with his head held high. He is lauded for his magnanimity in opening up his borewell to others in need.

The less magnanimous, however, milk the water scarcity and run a prosperous trade. “I pay 2 rupees for every 15 litres,” says Chhaya, among the many who buy water from villagers fortunate enough to have drilled a borewell at the right spot. 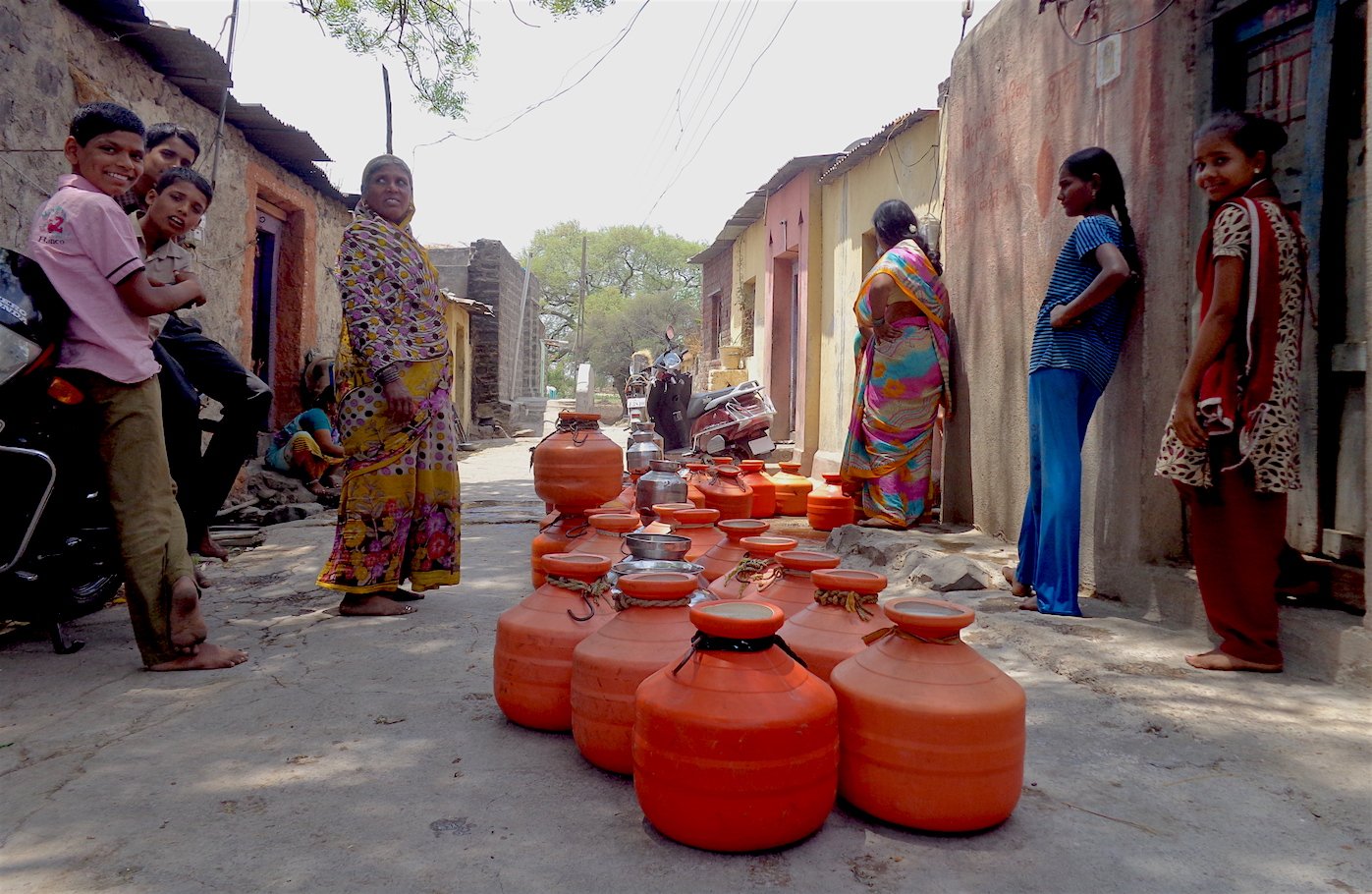 Many farmers in the agrarian region of Marathwada have gone bankrupt in their quest to strike water. Sinking a borewell is a tricky business. It costs more than Rs. 1 lakh, with completely uncertain outcomes. If the spot at which a farmer drills turns out to be dry, the money is wasted. The dejection of a failed borewell, however, fades before the hope of drilling a successful one.

Dattusingh Bayas, 60, has drilled eight borewells on his 8-acre farmland over the last three years, of which only one is usable at present. It gives him around 100 litres of water per day. “I could think of no other way to maintain my livestock and farmland,” he says, standing in his fields of tur and soybean. “Last year, I had to give away three of my eight bulls because I did not have enough water.”

In his search for water, Bayas has run up a debt of over Rs. 3 lakhs from private moneylenders. “The interest rates are rising by the day,” says Bayas, whose two sons work as labourers and two daughters are married. “But I also work as a carpenter in the village. I make 500 rupees a day on an average. It has kept me going amidst the crisis.” 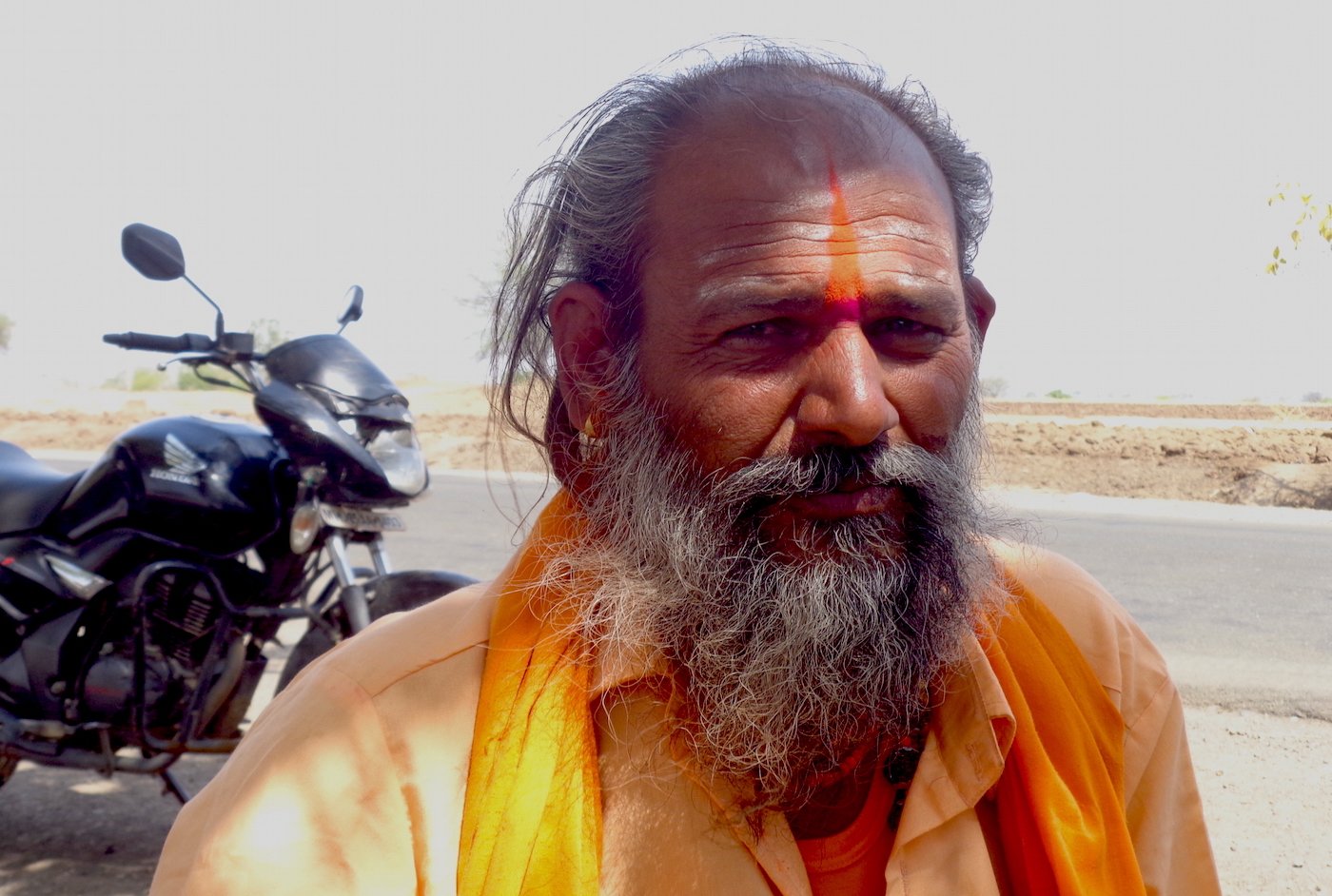 'When you are desperate for water, you keep digging,' says Dattusingh Bayas about how he has accumulated a debt of over Rs. 3 lakhs sinking eight borewells

Most of the borewells in Marathwada are drilled in the 3-4 months before June, when natural water bodies begin to run dry and it becomes difficult to maintain farmland and livestock. No river originates in Marathwada, and farmers have few options other than borewells. Adding to the scarcity are increasingly erratic weather patterns and government policies that promote water-intensive crops like sugarcane, Such is the extent of the water shortage now, that Marathwada’s farmers have started using borewell water for irrigation, though it is enough to only be used for drinking purposes.

The lax rules on groundwater extraction further push the proliferation of borewells. There are only two rules, and even these are routinely flouted: a farmer, the state administration tells reporters, cannot drill a borewell beyond 200 feet and within 500 metres of a public water source. However, farmers have often gone as deep as 1,000 feet. Four out of Bayas’ eight borewells go 400 feet deep. “When you are desperate for water, you keep digging,” he says. This tampers with the deep aquifer, which takes hundreds of years to refill. The process  is proving to be catastrophic for the region.

In spite of the 120 per cent rainfall last season, groundwater recharge in 55 out of 76 talukas in Marathwada has depleted, as compared to the average groundwater over the past five years, according to the state’s Groundwater Survey and Department Agency. Except Beed (2 of 11 talukas ) and Latur (4 of 10 talukas ), all six districts have thrown up alarming numbers: in 5 out of 8 in Osmanabad, all the 9 talukas of Aurangabad, and 16 of the 16 talukas in Nanded, groundwater has depleted. 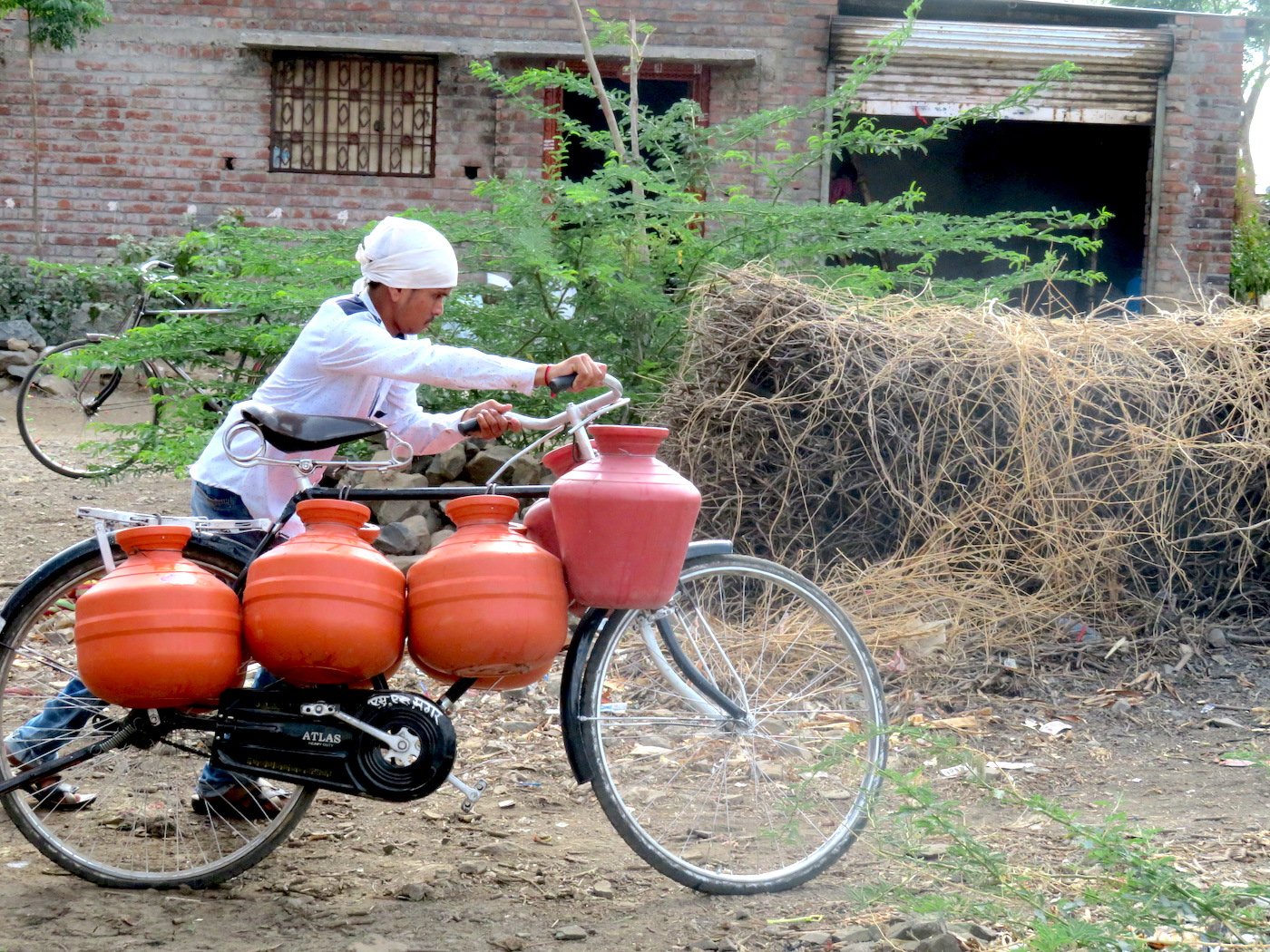 But there is still no limit to how many borewells a family can own. The administration in all the districts has no clue how many borewells exist. Sunil Yadav, the stand-in collector of Osmanabad [in April], says the gram panchayat is supposed to keep track of the depth of the borewells, but it does not. Ultimately though, the collector and the state are responsible for this monitoring.

The administration has no count of the number of agents working in the district either, suggesting that they are unregistered. Travelling through Osmanabad, you come across a borewell agent's shop almost every three minutes. The agents help farmers sink a borewell.

Dayanand Dhage, one of the agents on the outskirts of Takwiki, says he helped  farmers sink over 30 borewells in the last week of April. “Farmers contact us, and it is our responsibility to arrange the apparatus and the truck-mounted borewell rig,” he says. “Farmers pay us in cash, and we settle accounts with the owners of the truck on a monthly basis.”

The rig owners are mostly from Tamil Nadu and Andhra Pradesh, and operate in Maharashtra through these agents. The number of such trucks running through Marathwada remains unknown.

The entire economy is thus unregulated, and there is no question of service tax. When asked if the agents or owners require any prior permission or if they have to follow any norms to carry out this business, Sunil Yadav and an officer with the groundwater department have no clear answers.

By not making any law to regulate borewells, the state government aids the lobby that is operating in an open field. “Turning a blind eye to the issue, the government keeps the market for borewells booming,” says an official at the Osmanabad district board on condition of anonymity. “The absence of any policy benefits those milking the crisis.” 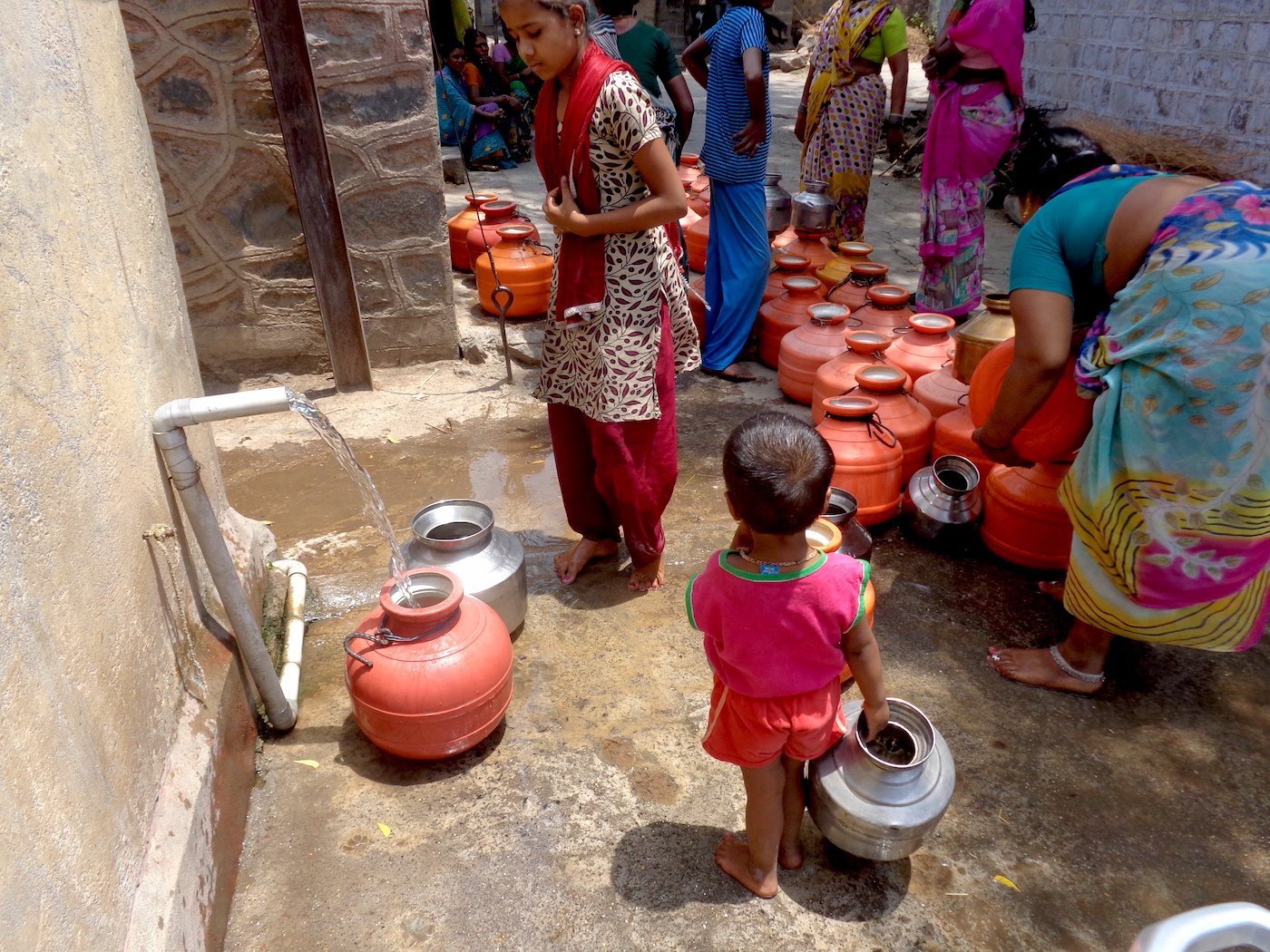 Desperate for water: children as young as five queue up with their pots in Takwiki village

Meanwhile, back in Takwiki, Bayas says he is working extra hours to save some money. He has a debt of Rs. 3 lakhs. Plus the cropping season is here, and he needs money to buy inputs. But that is not why he is saving up. “Another borewell?” I ask him. Turns out, it is not a wild guess.