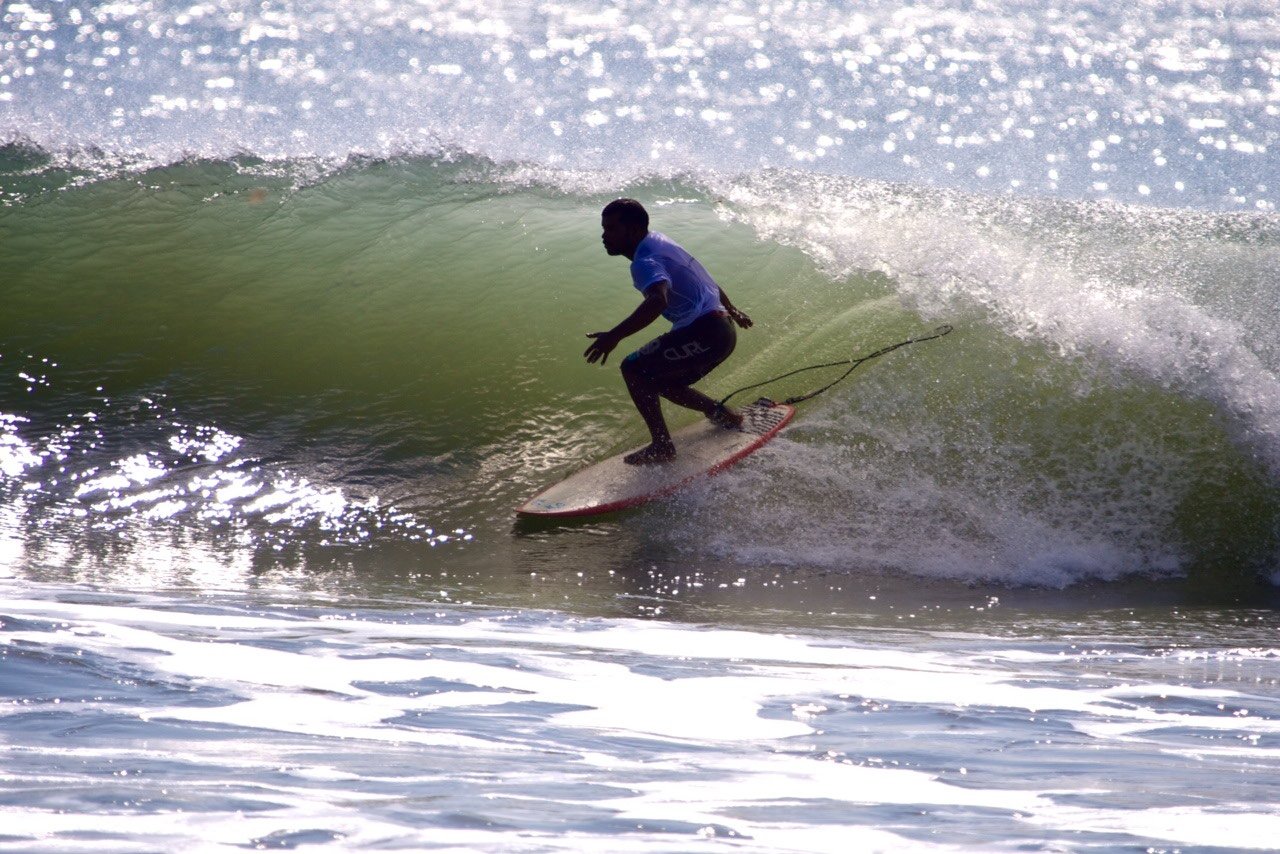 For Murthy, the first surfer of Kovalam, near Chennai, surfing has been transformative

The word ‘surfing’ brings to mind images of exotic locations like Bali, the Gold Coast (Australia), J’ Bay (South Africa) and Hawaii. I imagine men and women, mostly white, on their boards paddling into the waters only to leap onto the feet, tunnelling their way through the wave, allowing it to embrace and engulf them. I see surfing as a sport, a leisure activity of the westerner. If any Indians are involved in surfing, they are those who live life in cocooned luxury.

Meet Murthy and his beach boys and all these images will be reset. Murthy belongs to Kovalam, the little fishing village 35 kilometres from Chennai. As to any person of the seas, ‘land’ to Murthy only meant the beach and ‘life’ was the ocean. He grew up, ducking school ever so often, only to play with his friends — ‘the waves’. Soon, like his father and his father’s father, he went fishing looking for the jewels of the ocean. But that was not the real reason he was at sea; the sea was more than an occupation, she was his companion.

In 2001, Murthy spotted a man, a swami, surfing on the Kovalam beach. He picked up courage to ask for the board for a few minutes. He says, “Those 20 minutes on the board changed my life.” He had touched the dream of his life, the reason for his existence, and he was not one to let that feeling evaporate. By 2003, Murthy had got himself a small surfing board from a friend in the village, who did not realise its value, and was riding the waves. The only ones who knew about the beauty of the Kovalam surf were a few foreigners like Tobais, a German. Soon they were friends and Murthy was their outpost contact, messaging them updates such as “today’s waves… two ft…off shore wind.” 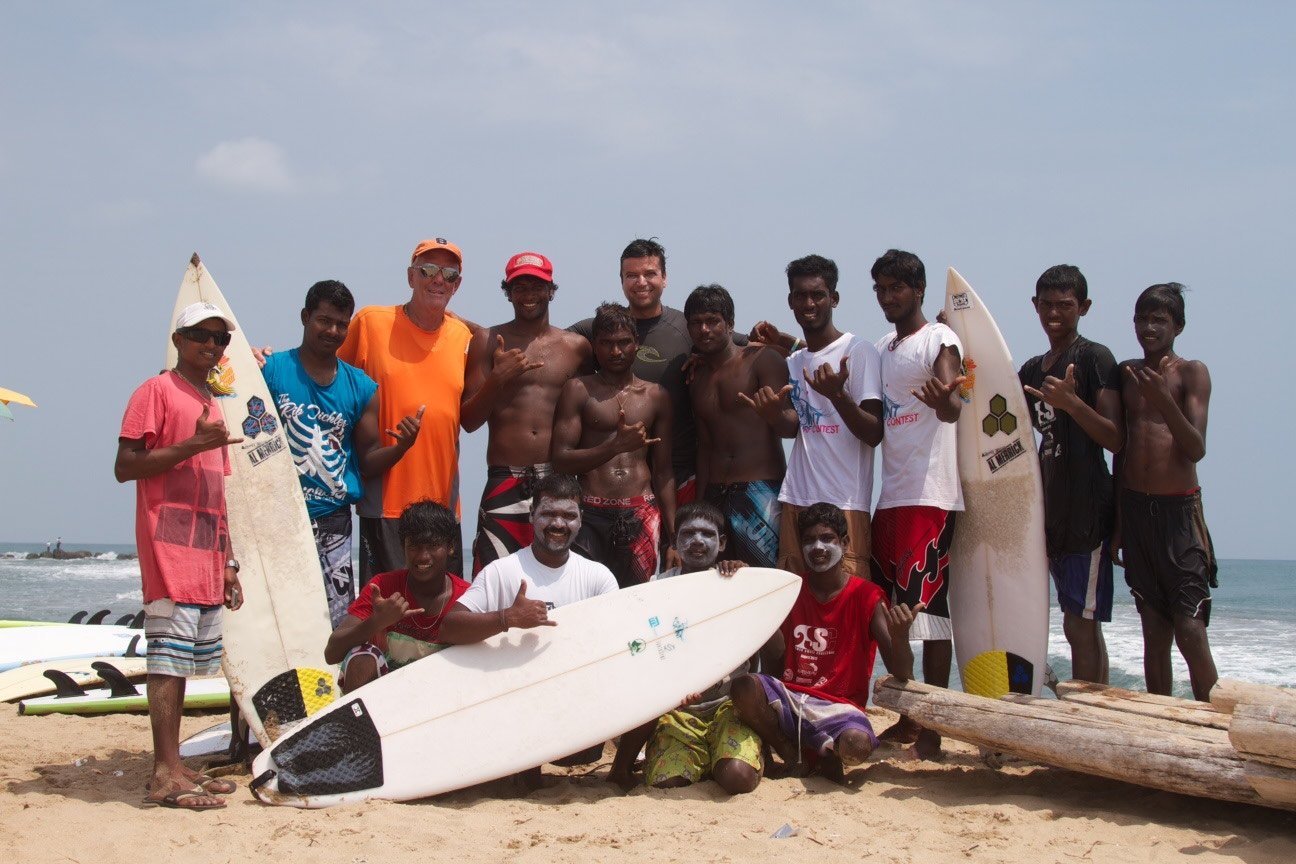 But things transformed dramatically when he met Yotam in 2008. He remembers that morning vividly. He had spent the whole night in the sea hoping for tuna, only to return early morning with nothing. He ran home, ate some pazhayadhu (soup made of leftover boiled rice) and was back at the beach where he met Yotam. They became friends and soon he was gifted a seven-ft board. Other young men in the village — Venkatesh, Rahul, Sekhar and Abbas — also wanted to ride the waves, with Murthy showing the way.

In 2012, he got support from Arun Vasu, who has been involved in water sports for 25 years. That year they founded the ‘Covelong Point Surf School’. The school has taught over 1,000 people from all over the country to surf. Today, from Kovalam village itself, over 50 people, aged 10-35 years, surf.

Surfing for Murthy is a way of transforming lives. The surfing team has helped reduce alcoholism, drug abuse, clean the beach and helped mentally ill people on the streets. They have donated over Rs.1.5 lakhs from the schools’ earnings towards educating children from agricultural families, besides conducting eye and health camps.

I ask Murthy whether the growth of surfing will destroy fishing on that stretch. He says quite candidly: “Yes, it may, but that needs to happen. Fishing is not sustainable; we are small fishermen who cannot go into the high sea, and our boats and catamarans give us a reach of only about 20 km into the sea. With huge trawlers using advanced technology, we hardly get any fish.” 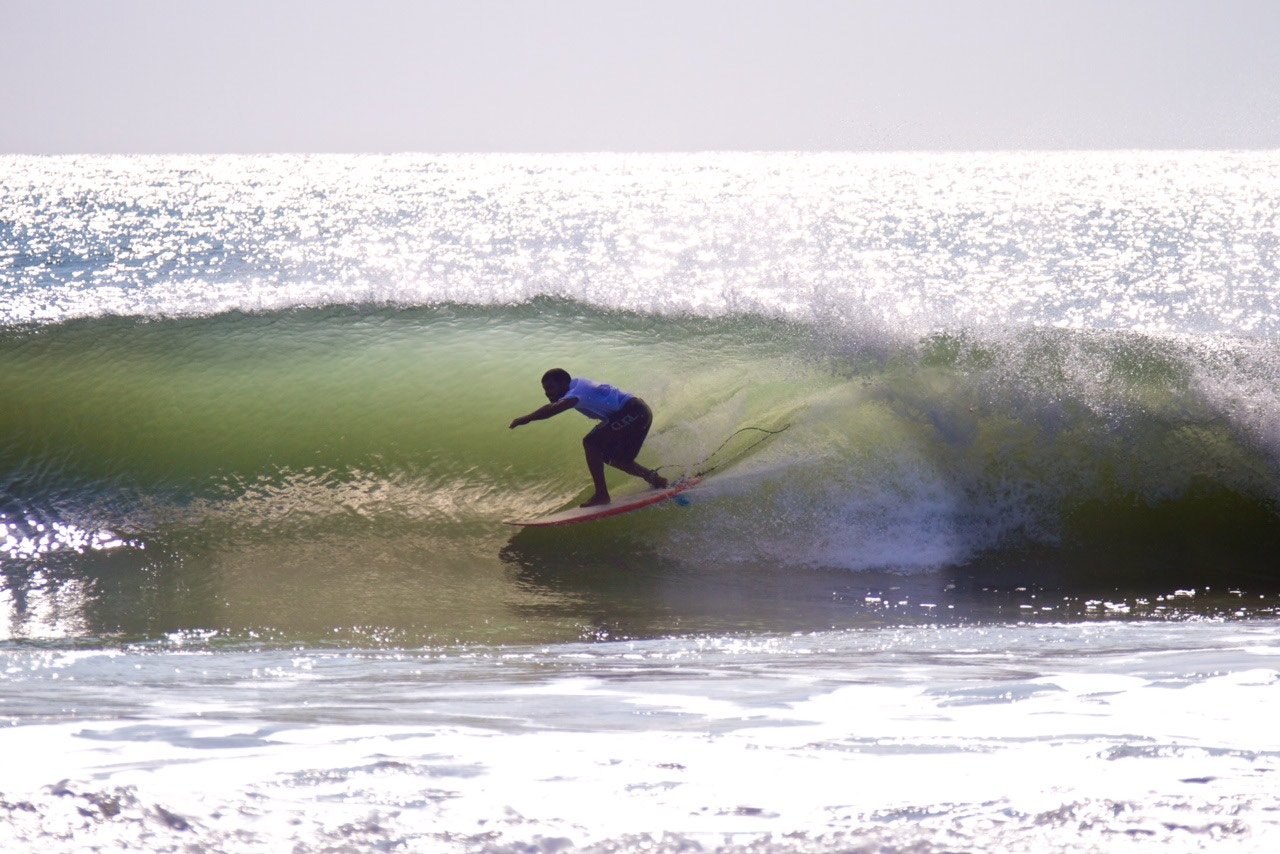 I tell him I want to write about him and his surf-mates. I ask, “Today your school and the surf festival have become very popular. People from all over the country and the world come here to surf…” and he interjects, “which is why you are writing about me!” We laugh and I continue: “Don’t you think the corporatisation of your work will in some way destroy the spirit of your effort?”

Venky responds, “Yes, there may be problems. Our growth may lead to pressures but we do think that the way forward is for businesses — cafes, home stays, food stall, fishing rides — to evolve around the beach. This is the future.”

Murthy says, “We are a village of Hindus, Muslims and Christians who share our faith.” Did the gods bring Yotam and Arun to Murthy? We will never know. But the challenge is: can they preserve the Murthy in Kovalam, Kovalam in Murthy, the Murthy in each of the other boys? Something tells me they will. The sea, after all, has been their companion.

A version of this article was originally published in T he Hindu, Sunday Magazine.