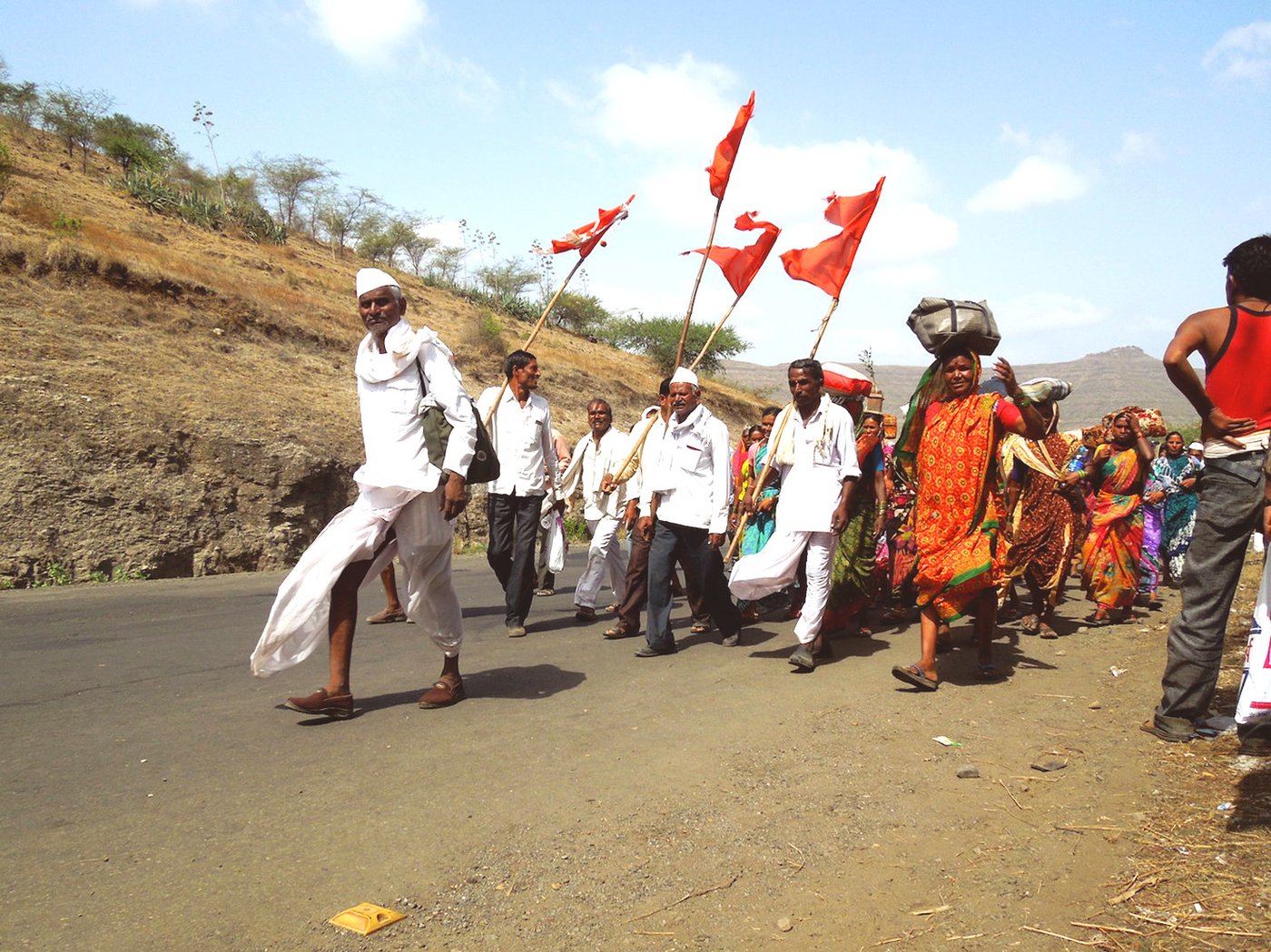 In July every year, lakhs of w arkari s from all over Maharashtra walk a distance of around 240 kilometres from Dehu and Alandi to ‘meet’ their beloved Lord Vithoba and Rakhumai in Pandharpur in Solapur district. This journey is believed to have continued for over 800 years along a route taken by pastoral nomads centuries ago.

Dehu is the birth place of Sant Tukaram, and Alandi is where Sant Dnyaneshwar took samadhi . Both are revered saints of the egalitarian and casteless Bhakti tradition ( warkari panth ).  Pilgrims from various parts of the state form a dindi and reach Alandi or Dehu and join this two-week journey. Each dindi is a small troupe of men and women from a village who travel together.  Some dindis converge or start in Pune. Others set out from their villages and directly reach Pandharpur on Ashadhi Ekadashi – regarded as an auspicious day. 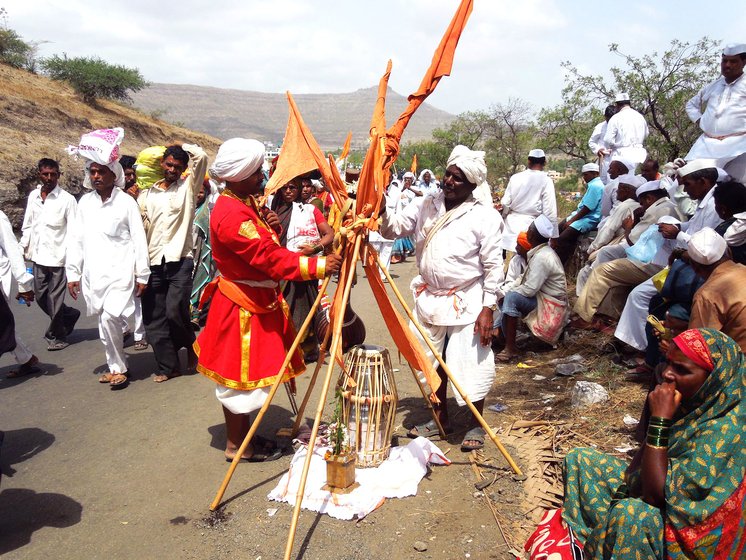 The dindis rest on their way. The mrudang (drum) and a sacred tulsi plant are kept shielded from the sun on the ground; the chopdar ('guard') , in red clothes, carries the main pennant when the dindi moves on

People from all generations, all castes, all ages walk the wari . Everybody here is addressed as ‘ mauli ’, a term used fondly for Sant Dnyaneshwar. The men are dressed in numerous shades of white, the women in all colours but white.

The wari leaves Pune around 3 a.m. to the rhythm of ‘Dnyanoba Mauli Tukaram’ along with traditional abhang , ovi and gavlan sung by the warkaris . And to the sounds of taal and mrudang reverberating in the air.

Four years ago, across the 20 kilometres I walked from Pune to Dive Ghat, I chatted with many warkaris , young and old – we shared laughs and concerns about the impending drought (in 2014, in many parts of the state). “Now only if god takes mercy on us will it rain,” said a woman from Pangaon village in Kalamb taluka of Osmanabad district.

Those four hours were filled with smiles, songs, camaraderie. But numerous old men and women in tattered chappals were also walking the w ari because it feeds them for two weeks and takes care of them – as the dindis pass through villages and towns,  devotees arrange for food, fruits, tea and biscuits for the warkaris .