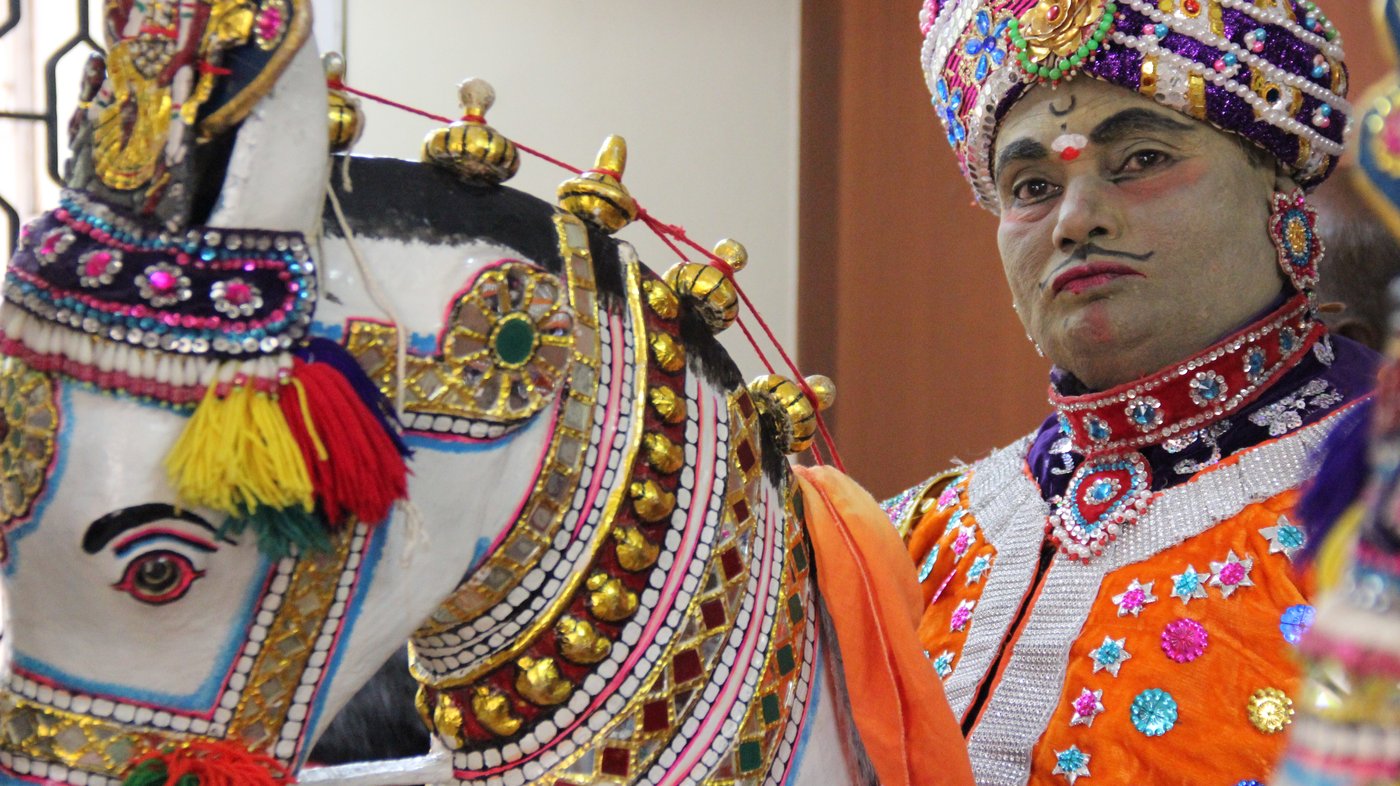 The dance of the false-legged horse

Kalaimamani T.A.R Nadi Rao, now 74 years old, is one of the greatest living exponents of Poikkal Kuthirai (literally: false-legged horse). This famous Tamil folk dance originated in Maharashtra. Nadi Rao resides in Thanjavur, Tamil Nadu, and performs together with his wife Kamachi, who is now 67.

Traditionally performed in the king’s court, Poikkal dancers also preceded the local deity during temple processions. In modern times, it is performed at weddings and official functions. In Thanjavur, the dancers are of Maratha descent. They speak Marathi at home, and worship Tuljabhavani, a goddess whose main temple is located in Osmanabad, Maharashtra.

Poikkal Kuthirai is accompanied by the Kundala vadhyam or Gondal drums, native to the state of Maharashtra. The dance was in great demand until about 20 years ago. The artists thrived and so did the instrumentalists. Today, the art form is in decline and is no longer viable as a full-time occupation. Nadi Rao and his family also farm to supplement their income.