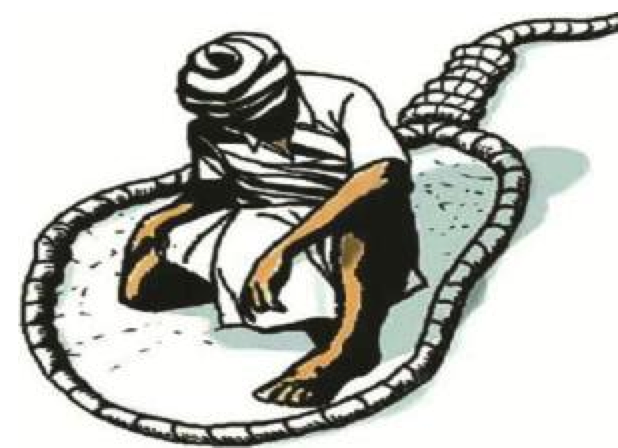 The bulk of farm loans do not go to farmers. As high a share of 44 per cent of ‘agricultural loans’ in Maharashtra are disbursed from urban and metropolitan branches of scheduled commercial banks than rural branches, which supply almost 30%.

MUMBAI: At the RBI's 80th anniversary recently, PM Narendra Modi had invoked farmers' suicides to urge banks to lend more to cultivators. "When a farmer dies, does it shake the conscience of the banking sector? He faces death because he has taken loans from a moneylender," Modi said. Credit to the farm sector has risen across the country over the last decade. Yet, in Maharashtra, which reports the highest number of farmers' suicides in the country, the bulk of farm loans, ironically, does not go to farmers, says a new study based on the central bank's data.

Although the majority of farmers live in rural areas, a larger portion (44%) of agricultural loans are supplied by urban and metropolitan branches of scheduled commercial banks than rural branches, which supply almost 30%.

The study by economists R Ramakumar and Pallavi Chavan is based on data from the RBI's report, Basic Statistical Returns of Scheduled Commercial Banks in India, for 2013.

In effect, loans to farmers are not driving the rise in agricultural credit. Instead, the major beneficiaries in the revival of farm credit in this decade are agri-businesses and corporates involved in agriculture, the authors say. This is because the definition of agricultural credit has been expanded to include these businesses. "The definition now includes loans to corporate and agri-business institutions as well as storage equipment in cities. It also includes loans for commercial and export-oriented agriculture," says Ramakumar, an economist with the Tata Institute of Social Sciences, Mumbai.

Significantly, the share of credit to small and marginal farmers has dropped dramatically across the country, the study shows. Instead, loans of Rs 1 crore and above are driving the revival of agricultural credit, the study says.

Report 10: The original version of this story appeared in The Times of India on 12 Apr 2015