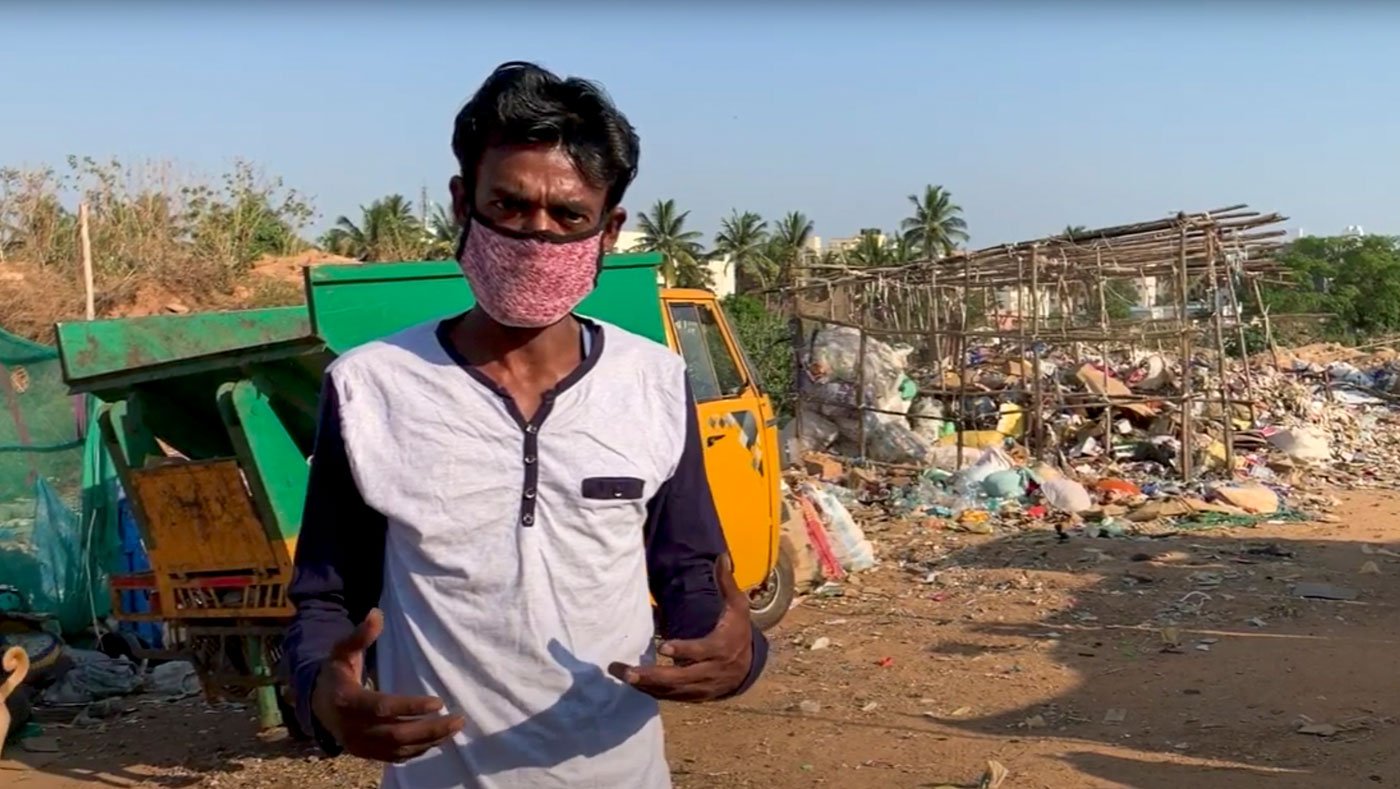 'Some are eating only one meal a day now'

Mohammed Khokan is struggling to understand why he was given no time to prepare for the lockdown. Had he known it would be such a long confinement, he could have kept some money aside to buy food, says the waste worker with the Bruhat Bengaluru Mahanagara Palike, the city’s municipal corporation.

Home is far for Mohammed – in Jasola, an ‘urban’ village on the edges of south Delhi. In Bengaluru, he lives at the dry-waste dumpsite where he works, in the Amruthahalli neighbourhood in the north of the city. “If we had known before about the lockdown, then I would have kept some money with me. I could have approached my contractor and explained my hardship to him and asked for some money,” he says.

With no income now, and no food too, Mohammed says he is eating only once a day from the meal packets left by volunteer organisations. “It has become a bigger problem for everyone because the lockdown started suddenly,” he says.

Across the city, in south Bengaluru, Sundar Ramaswamy agrees that the notice for the lockdown was very short. “We just wish we had been able to prepare for this – we could have kept food with us as well. How can we stay indoors without food?” asks Sundar, who is in his 40s and earns a living as a commercial painter.

Watch video: 'When there is no food, people will come on the streets'

Home is far for Mohammed Khokan – in Jasola village on the edges of south Delhi. In Bengaluru, he lives at the dry-waste dumpsite where he works

Sundar is the president of the Dalit Sangharsha Samiti in Padmanabhanagar, a neighbourhood in the Banashankari locality. As an activist working in the area for over 10 years, Sundar says he has never faced a problem like this before. “Some people are eating only one meal a day now.”

In Banashankari’s Yarab Nagar colony, Sundar estimates that roughly 300 families, almost all daily wage earners, are not stepping out of their homes to get food – they fear that the police will beat them. But they don’t have much of a choice, says Sundar, who is coordinating with the volunteer groups that are delivering food packets in the area. “When there is no food, what will they do? They’ll come on the streets,” he says.

It is almost impossible for the Yarab Nagar families to practice social distancing, adds Sundar. “If we can’t go out on the streets, how will we know when people arrive to help us, or give us food? It’s hard with social distancing. You have to be there to get the food or else people feel worried that they will miss out.”

Advance information about the lockdown could have allowed Chandan Prajapati and Manjay Prajapati to go home – to Mahrajganj district in Uttar Pradesh. They both work as carpenters in north Bengaluru, and wish they had been allowed to leave before services shut down. “At least we could have worked on our farms and fed ourselves,” says Manjay, who moved to Bengaluru three years ago. 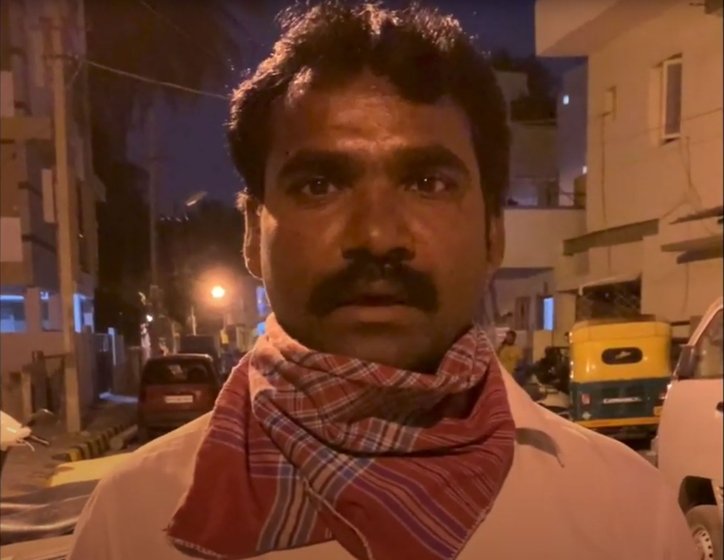 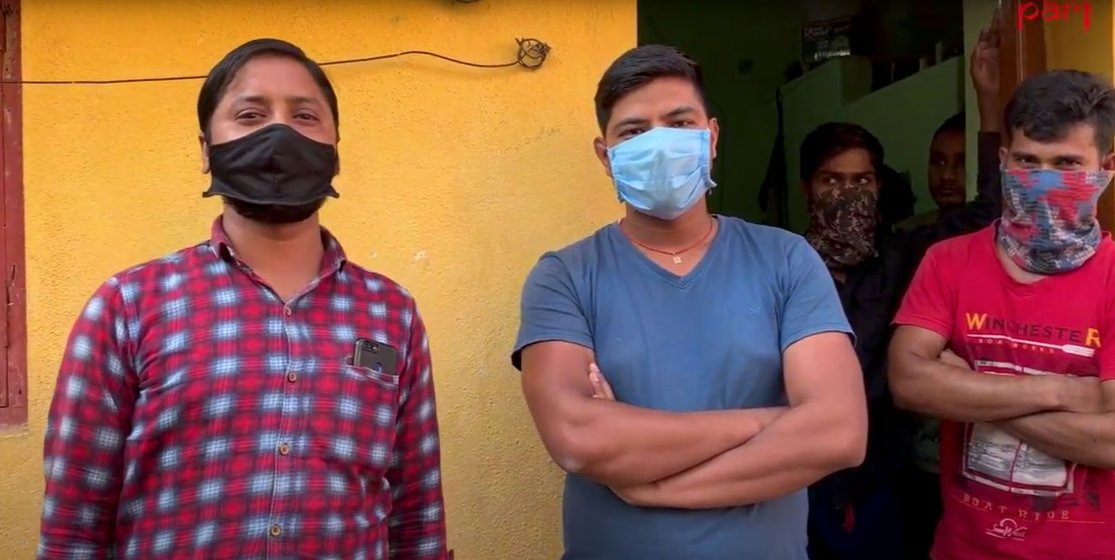 Left: Sundar Ramaswamy, president of the Dalit Sangharsha Samiti in the Banashankari locality says, 'You have to be out there to get food'. Right: Chandan Prajapati (left) and Manjay Prajapati from Uttar Pradesh, both carpenters, are fast running our of their slim savings

Both Chandan and Manjay are following the rules of the lockdown, but they are worried about food. “The money we had saved is also gone now. Our contractor won’t answer our calls, so we know that he won’t help us,” Manjay says.

Chandan’s and Manjay’s ration cards are registered in Mahrajganj, so they can’t use them to buy subsidised food grains in Bengaluru. Afraid of what might come, Chandan says, “We are hearing that this lockdown could last much longer. We are worried. How can we last like this?”

In Yarab Nagar, Sundar says that families who don’t have a ration card will get priority in receiving the dry-ration kits arranged by a local organisation.

As we part ways, Sundar adds: “Most people who come here take pictures of us while they give us food. Thank you for not doing that.”

The reporter wishes to thank Hasiru Dala, an organisation working on the rights of waste workers, for help with the interviews.