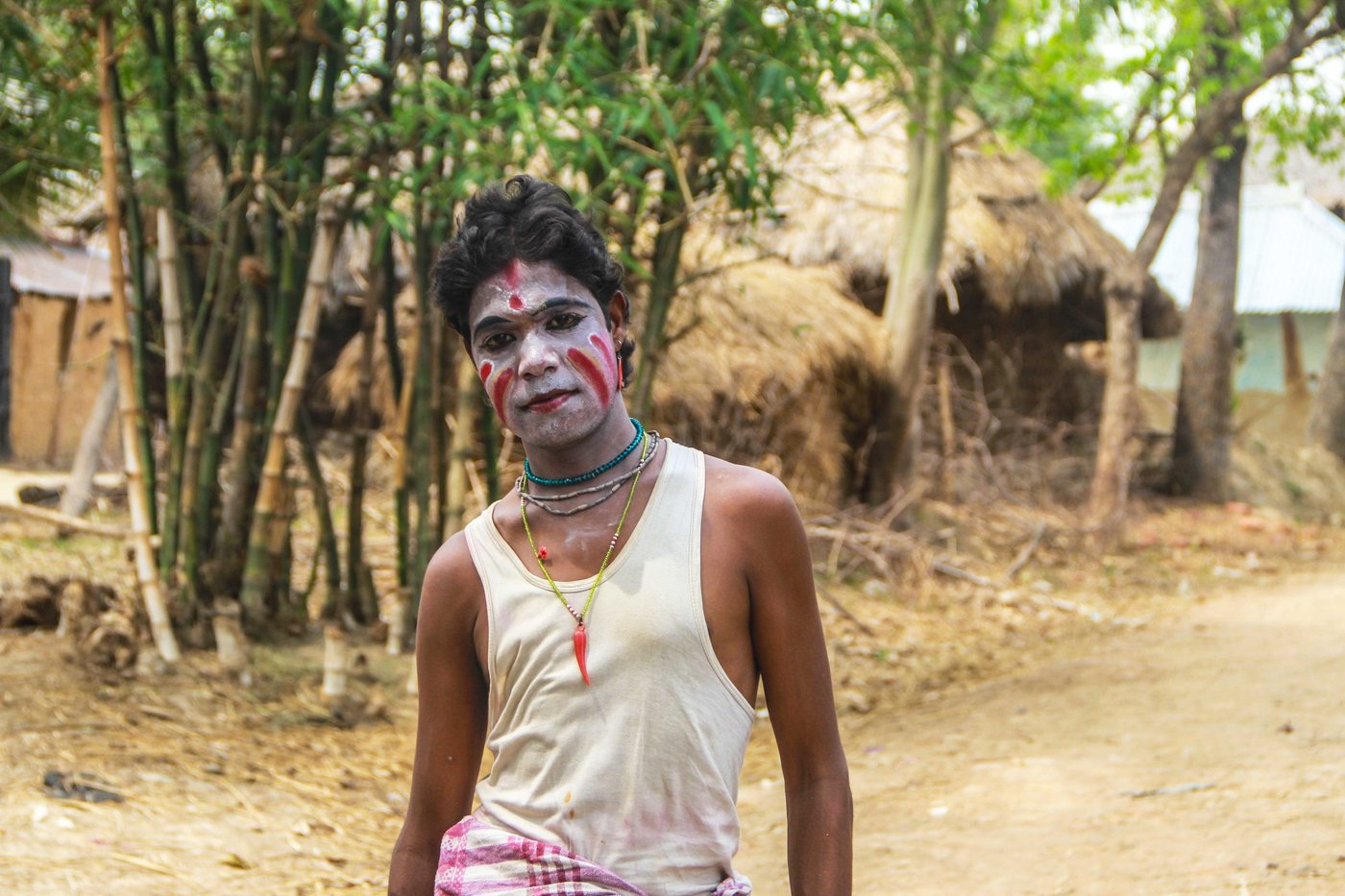 Possessed by his art, a Bahurupi transforms

Raju Chowdhury of West Bengal's Bishaypur village is a storyteller, a feverish singer, an impersonator. His income is modest, the work is hard. This film features his stunning dance as the imaginary Tara sundori

Raju Chowdhury is a Bahurupi – a persona of many ( bahu ) forms ( rupi ).  Now 40, Chowdhury has been performing since he was 14. “I have been doing this for a long time,” he says. “Our forefathers were Bahurupi, now my children are too…”

Raju belongs to the Bedia community, a Scheduled Tribe that comprises around 5.8 per cent of the ST population in West Bengal (Census 2011). Around 40 Bedia families live in his village, Bishaypur, in Labpur block of Birbhum district, all of them traditionally Bahurupi performers.

In the video featured here, Raju is dressed as Tara sundori, an imaginary character. In local mythology, she is a form of Goddess Kali. Through this character,  he narrates the story of the King of Burdwan – it’s an improvised tale, told in concocted words and rhymes, some of it in Bengali. Wearing ghungroos , he dances and sings at incredibly high energy and pitch in the 40-plus degrees Celsius heat of May (2017, when this film was shot in his village), with a wooden cane to keep the rhythm.

Every morning, Raju does his own make-up – it takes him around 30 minutes – and puts on the costume (which changes depending on the character he will enact), then travels – every day except Thursdays – to various villages and towns to perform skits and songs at village gatherings, fairs, religious events, and during big festivals like Durga Puja, Holi and the Bengali new year. He and his family earn Rs. 200-400 per day. During big fairs, the family can earn up to Rs. 1,000 a day.

Usually, they perform within West Bengal, but on occasion, Raju has also gone to Assam, Delhi and Bihar. Sometimes he takes a bus, at times a train – which too become his performance space. Often, he walks 10-12 kilometres a day. At times, if it’s to a fair, he takes along his nine-year-old daughter Panchami . Each performance can last up to an hour, sometimes even two. They then ask for contributions from the audience, and return home after a day of improvisations and impersonations, by afternoon or dusk. 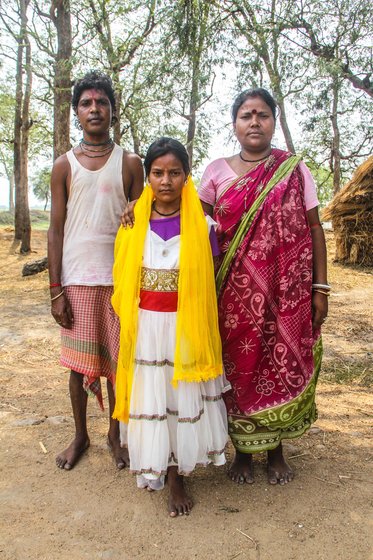 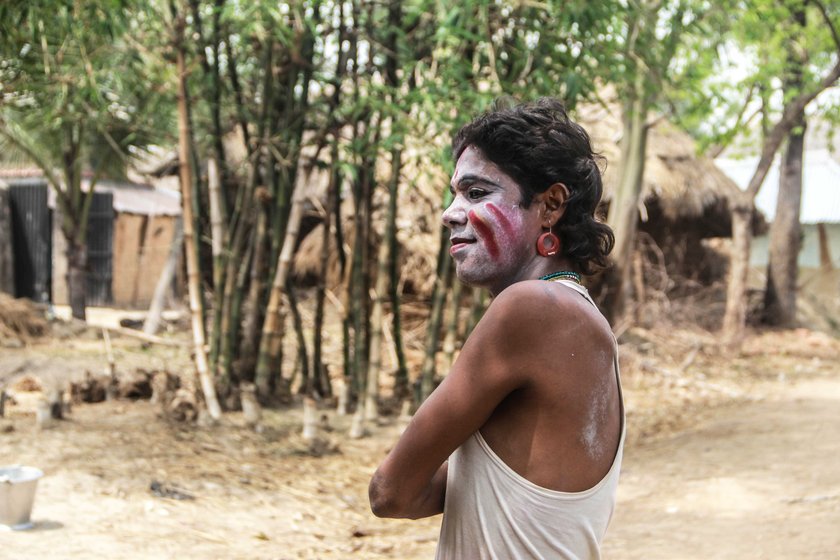 In the past, the Bahurupis would roam around different villages and tell the stories of the Ramayana and Mahabharata ; in return they received grains from farmers. Now the demand for Bahurupis in rural areas has declined because of falling farm incomes, growing migration of farm families to cities, and the easy availability of televised entertainment. So the Bahrupi have to travel further, to Kolkata, Santiniketan, Durgapur and other towns, to earn money.

In the past, they enacted tales from the Ramayana, Mahabharata and other epics, or stories with socially progressive messages like the abolition of child marriage; now the Bahurupis often mix their performances with Bengali film songs and jokes in order to attract audiences. Around two decades ago, Raju Chowdhury also started composing skits that mix mythological stories, the history of kingdoms and popular Bengali film songs. The traditional format and depth of his art form has been lost.
Sinchita Maji