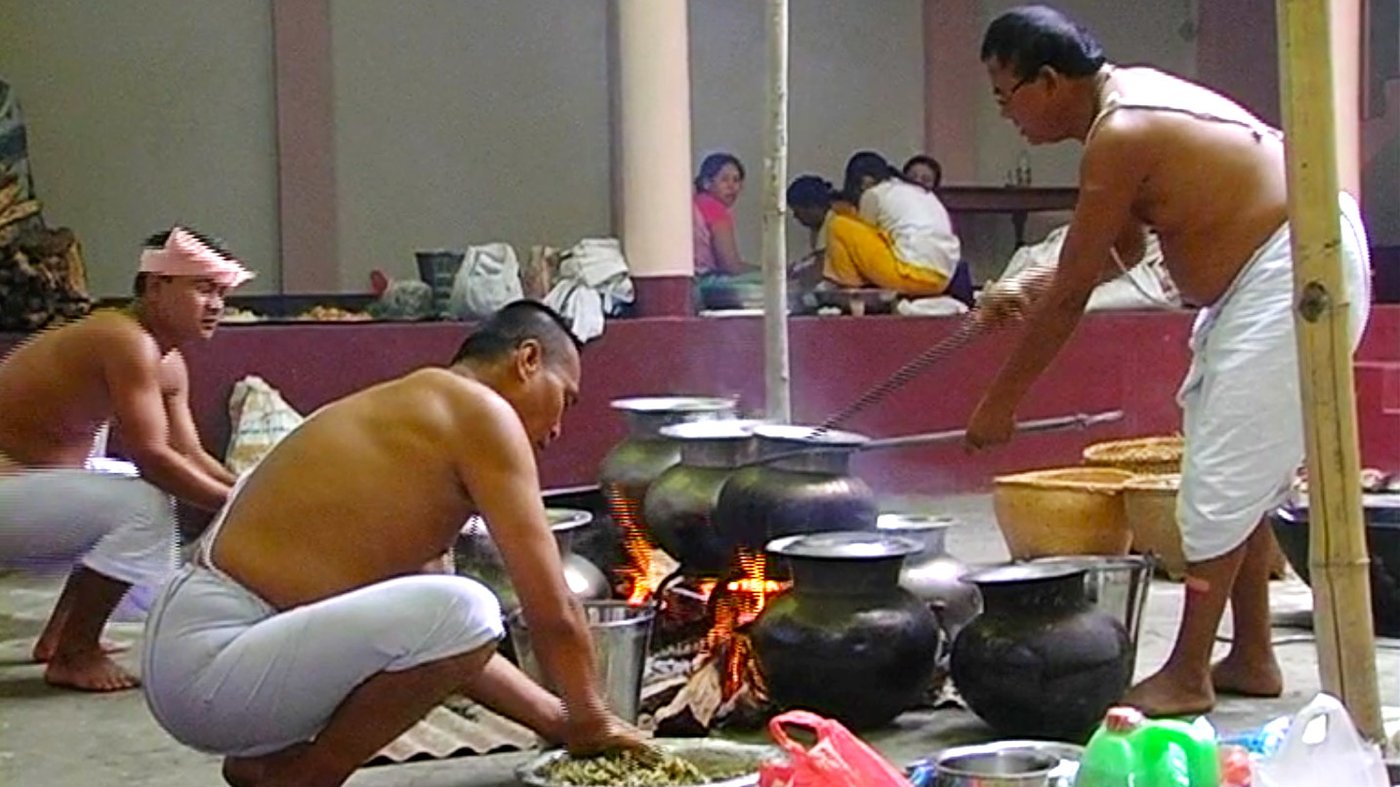 Into the chakshangs of Imphal

The Bamon or 'sacred cook' is an integral part of any feast for the Meiteis of Manipur. High demand has given rise to 'chakshangs' or kitchens, which cater elaborate meals – featured in this film

The Bamon or 'sacred cook' (featured in the film here) is an integral part of any public feast for the Vaishnavites of Manipur. Vaishnavism, as practised in Manipur, is a unique blend of traditional naturalistic beliefs and influences from Bengal. A majority of Meiteis, the largest ethnic group of Manipur, adopted Vaishnavism a long time ago.

While Brahmin priests perform the rituals during marriage, birth or death, the food and offerings during these gatherings or feasts are the domain of Brahmin chefs who both cook and serve the meals to all the invitees of the ceremony.

Watch the documentary: Into the chakshangs of Imphal

Bamon Leikai, a predominantly Brahmin locality in Imphal city, in Imphal East District of Manipur, is famous for its Brahmin cooks or chefs. They are called to preside over kitchens during auspicious days, and rituals are carried out while cooking. The number of dishes – as many as 108 in the past – has declined. Most ceremonies still have 30-50 food items, vegetarian as well as fish dishes. The number usually depends on the economic status of the household. Over time, this has also turned into an enterprise of sorts, and the high demand has given rise to chakshangs – kitchens run by Brahmins who cater meals at important gatherings.