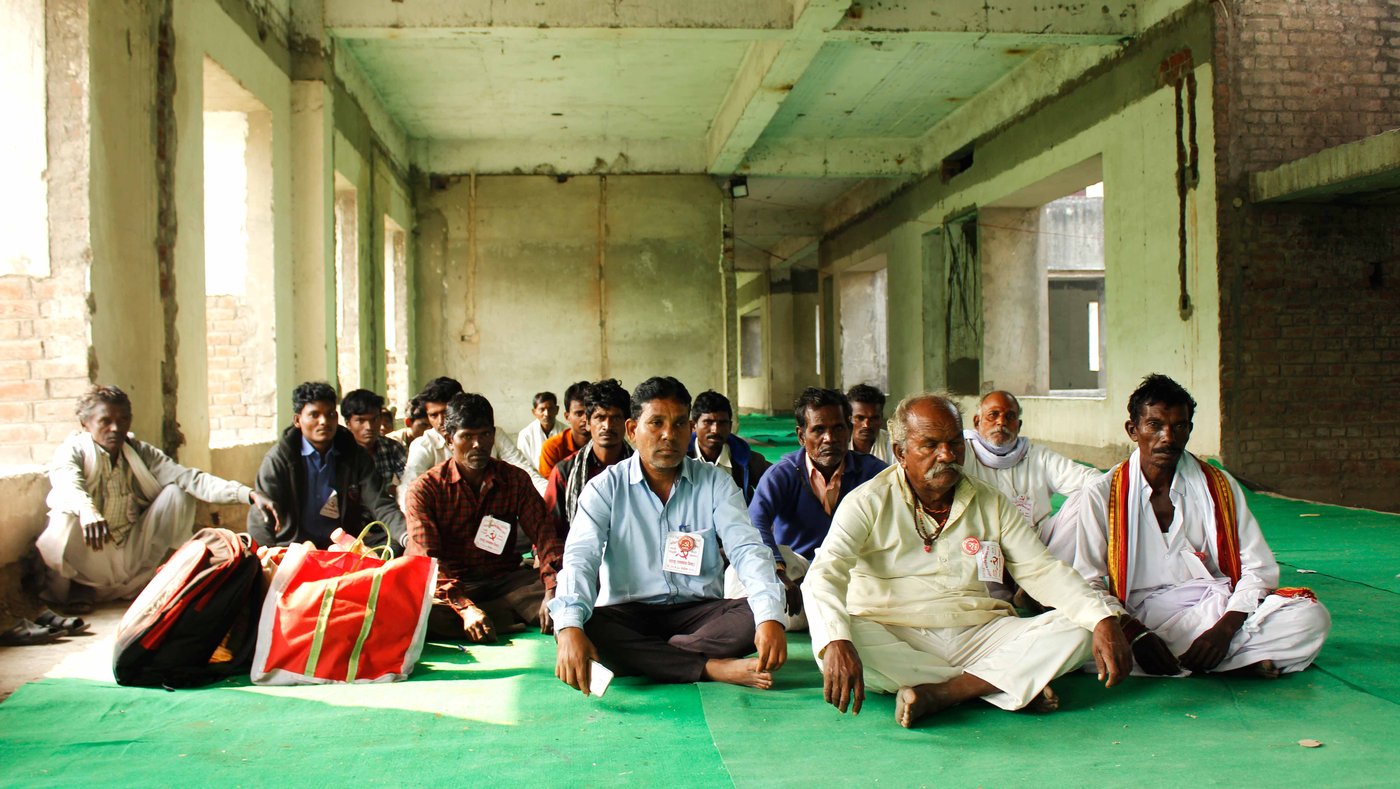 Among the first to arrive in Delhi for the march on November 29-30 was a group of Adivasi farmers from Vidarbha – they came to highlight many problems, but their main concern right now is a crushing drought

A group of 23 Adivasi farmers from Yavatmal district in Maharashtra reached Nizamuddin railway station in South Delhi on the morning of November 27. They walked for about 30 minutes to Gurudwara Shri Bala Sahibji in the Sarai Kale Khan area. A large semi-complete structure in the compound of the gurudwara has been readied for the farmers arriving in the national capital for the Kisan Mukti March on November 29-30, 2018.

The group from Yavatmal was the first batch of farmers to enter this facility on November 27 around 10 a.m. Arrangements to receive them, for their overnight stay and meals were made by members of the All India Kisan Sangharsh Coordination Committee and volunteers of the Nation For Farmers.

To reach here, the Kolam Adivasi farmers travelled for about seven hours by the Nandigram Express from Pimpalkhuti village of Kelapur taluka on the Maharashtra - Andhra Pradesh border, and reached Nagpur on the evening of November 26. Then they boarded another train that came from Kerala and was going to Nizamuddin station. 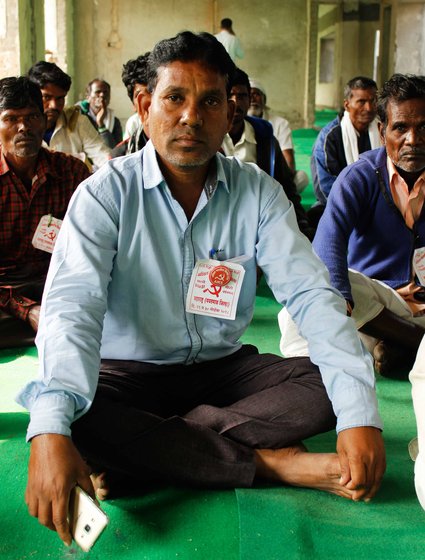 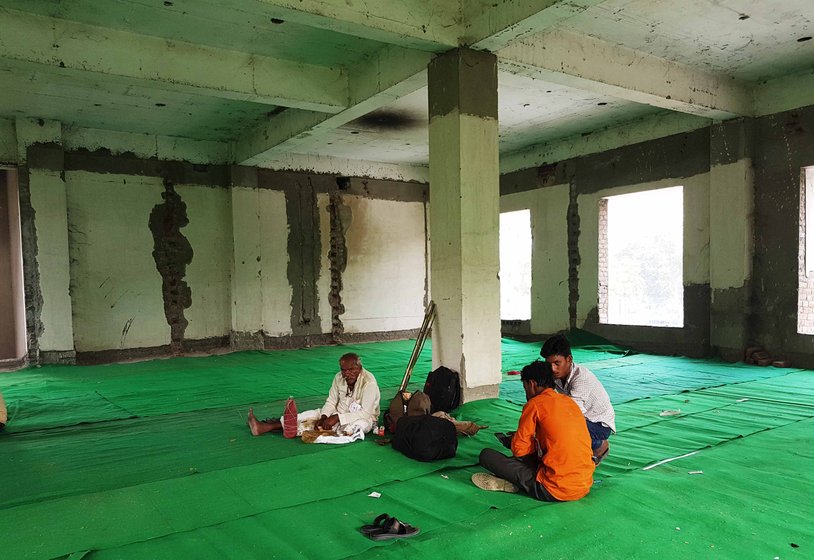 “We have all come here to gherao the Sansad Bhavan [Parliament],” says Chandrashekhar Sidam, a farmer and the Yavatmal district president of the Maharashtra State Kisan Sabha. “The main issues for the farmer are loan-waivers, fodder for their cattle, a decent price for their produce, a minimum support price, employment and food security. And for this purpose, all of us in this group from Yavatmal have gathered here.”

The most pressing problem for the farmers in his district, he adds, is the prolonged drought since the last 2-3 years. The loan waiver that the government has announced is only a half-measure, he adds. “In Maharashtra, the Vidarbha region has seen the most number of suicides, and within this region, Yavatmal district has been the worst affected. With rain-fed farming and no irrigation facilities here, most of the farmers are left to fend for themselves.”

Chandrashekhar lives in Patanbori village of Kelapur taluka of Yavatmal, where he owns a roughly three-acre farm. “The rains arrived this year after a long delay after the sowing so the seeds did not grow into crops,” he says. “We sowed a second time and then it rained so much that it was all drowned in the water. And when the rains are delayed too much, the land becomes so dry that the roots are completely dehydrated. The cotton bolls become dry and unusable. The water table has been destroyed because of the continuous lack of rain.” 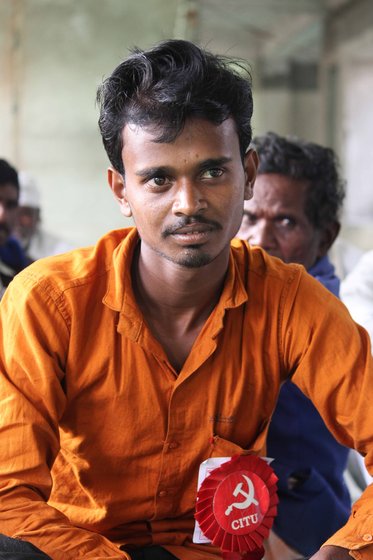 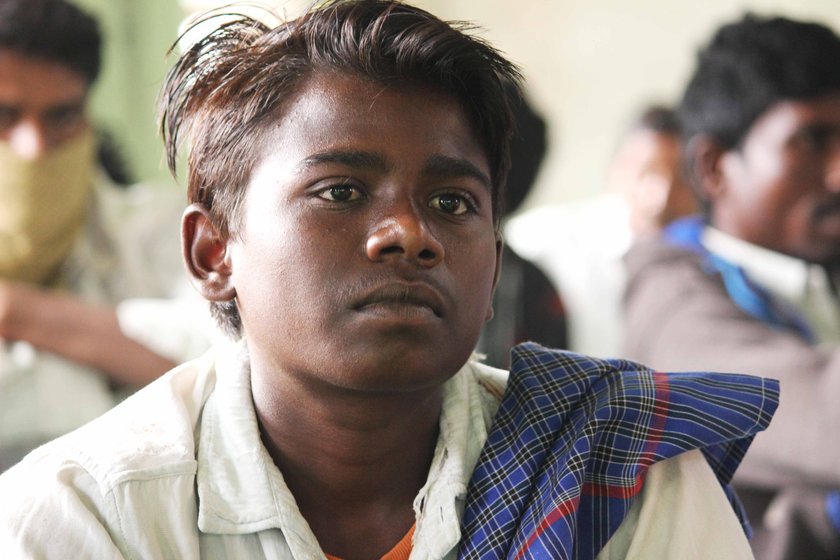 Drought should have been declared in all of Yavatmal, instead of only in a few talukas , he adds. “Other talukas have not yet been declared [drought-hit], at least we have not heard further about it. We have the support of farmers from those talukas as well. They too are suffering as we are. We think that the government should really study the situation on the ground in all the talukas properly.”

Why are women farmers from their villages not with them? All of the men we spoke said that nothing can go on without women on their farms. “Agriculture is impossible without women. They do the weeding and maintenance of the crops. They do the cotton-picking. They also often do sowing. So without women, the work on farms just cannot go on,” says Chandrashekhar. “Women are an important part of each of our morchas . But this time, many of the women had already gone to Mumbai for a women farmers’ meeting. Their families are dependent on them for everything. Even if she is not the head of the household, the woman is the most important person in a home upon whom the whole family depends. So this time, we did not have any women farmers to join us. Coming all the way to Delhi and going back would take about six days.” 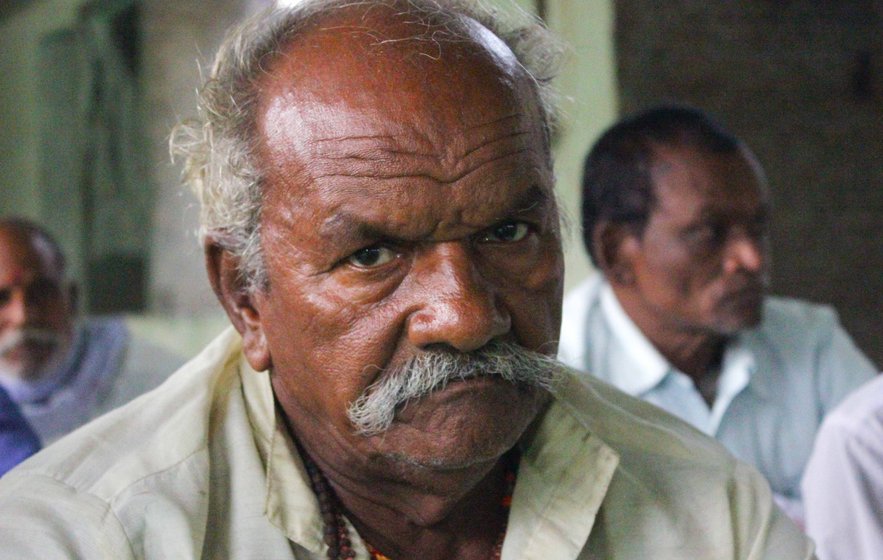 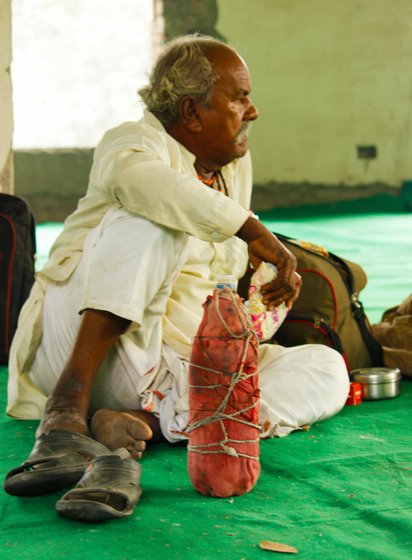 Like other farmers at the gurudwara, Prabhakar Bawne also spoke of the drought. He is from Hiwara Mazola village of Manegaon taluka . He grows cotton and says that despite some good spells of rains, there’s been a drought this year. “By now, the farmer should have the rabi crop, but if you see the farms, the entire cotton crop has dried up…” He adds that the main problems he and other farmers face were the lack of steady work as agricultural labourers, debt relief, a lack of regular electricity and high tariff . “We are here in Delhi to present these issues to the government.”

When did he last have a good yield? “What can I tell you? It is worse this year than the last. A farmer will never be in a position to burp over a hearty meal.”