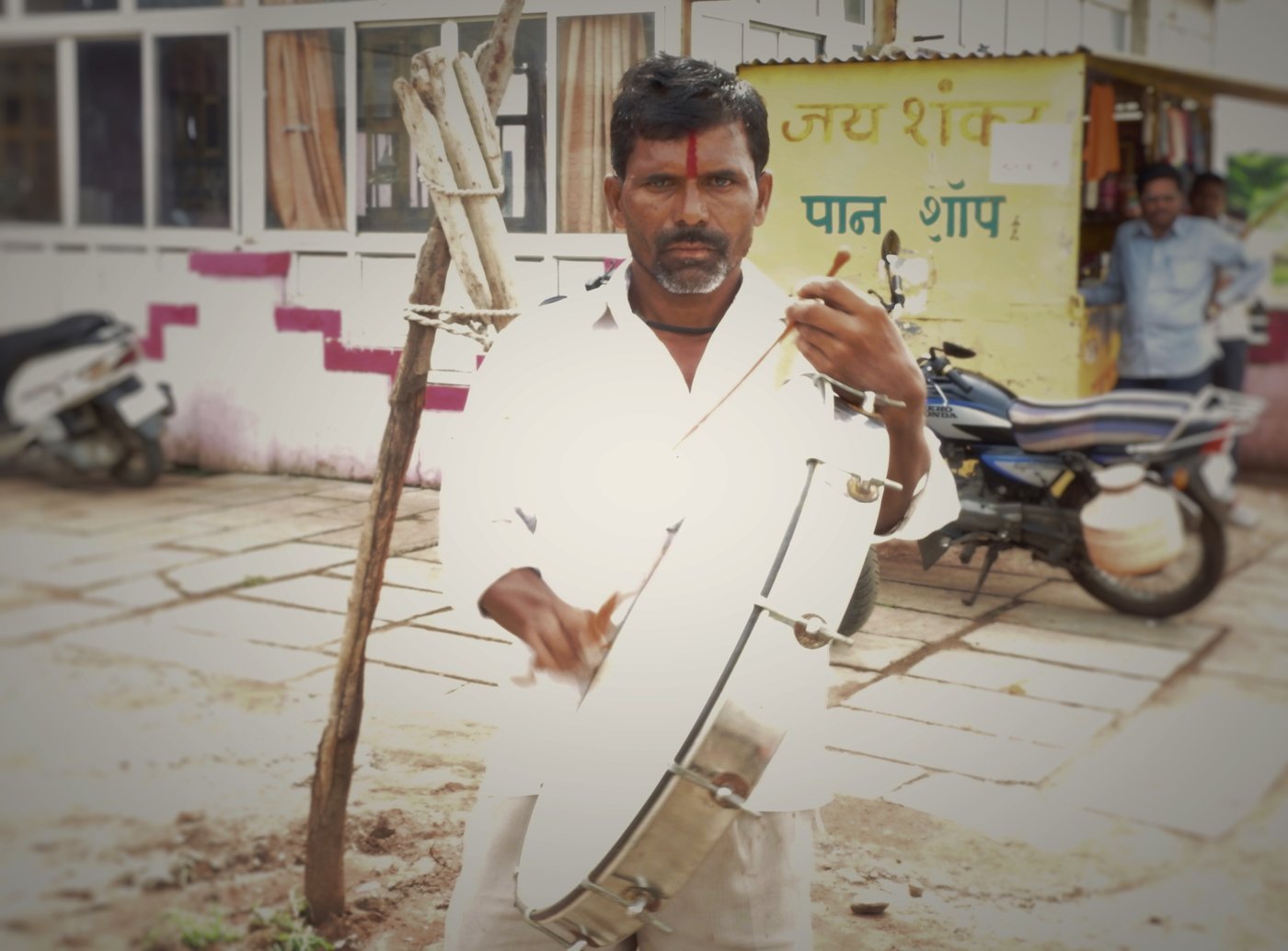 It was like going back into another age. We had not expected to run into an old-fashioned town crier beating his drum and making 'official' announcements to the public in the 21st century. But there he was, doing precisely that. We were driving on the Pune-Solapur highway when we heard him and stopped, then saw him delivering his message aloud between rhythmic beats:

Tomorrow morning at half past nine

Is in the morning, at half past nine sharp!’’

Village or town criers were fairly common in India in the past. A crier beats a drum to catch everyone's attention and, when he has that, delivers the message of the day.

In this case, Tanaji Kailas Kadam announced that the gram panchayat meeting would be held the next morning at 9.30 a.m. He told us this was for Lamboti village in Mohol block of Solapur district .

The message can sometimes be about the arrival of kerosene or provisions at the local ration shop, a meeting to resolve a dispute, or maybe to auction off a property.

Though this art and occupation is gradually vanishing, it exists in parts of the country even now. Tanaji is an agricultural labourer who is also hired as a dawandi , a public announcer, by the village panchayat . (In Marathi, that word means both announcer and announcement). He earns a mere Rs. 300 per month for this work. “For every announcement,” he says, “I go to different spots in the village about 15 to 20 times over two days to spread the message.”

Traditionally and typically, this role was assigned, often forcibly in the past, to Dalits. In the obnoxious world of caste, only an ‘untouchable’ could beat on the skin of the 'sacred' cow. Many drummers in India even now are from Dalit communities. They also perform at funerals and other events, even weddings.