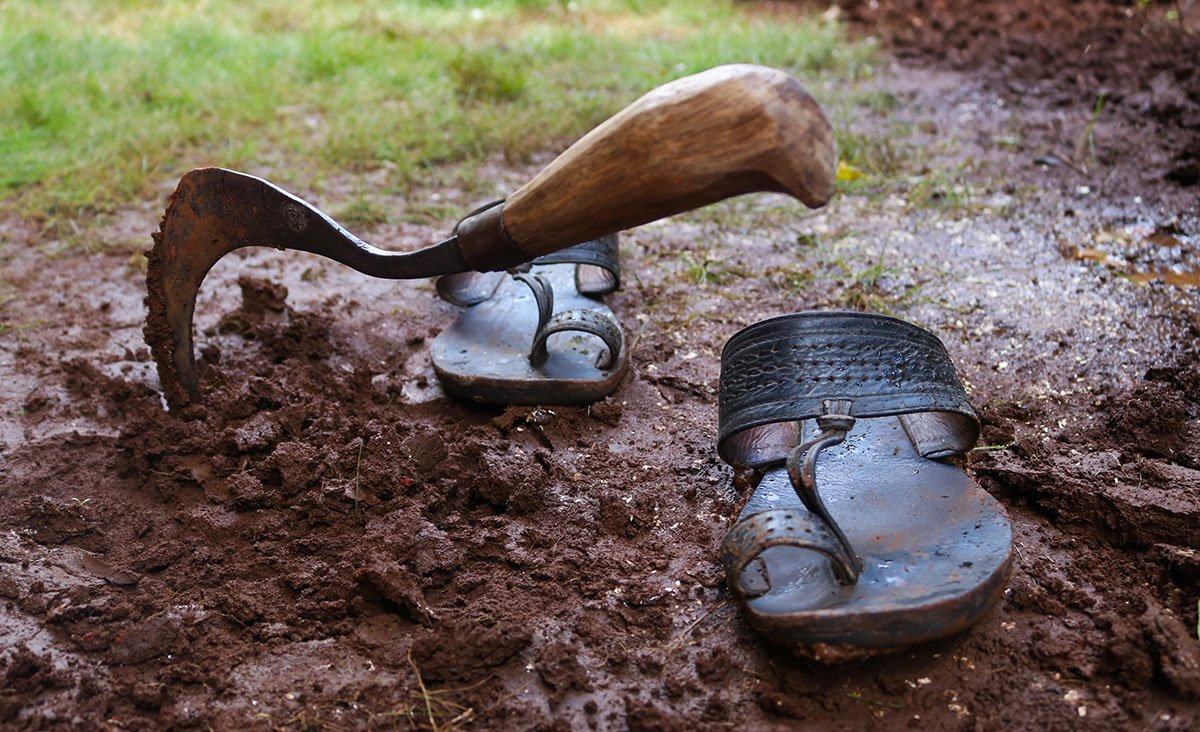 Maruti Nirmal of Takavade village in Kolhapur district is a farmer and gardener. He cultivates sugarcane on eight guntha of land (0.2 acres); the land is in the name of his father Rajaram.

Maruti’s neighbours cultivate sugarcane too, and because there is no boundary between their fields, Maruti says, “when the sugarcane in the nearby field bends after some time, it casts a shadow on the crops near it. If I cultivate soyabean or groundnut, some of my crops near the boundary won't grow without adequate sunlight. I’ve only 0.2 acres and I can’t afford to lose any crop.”

Sugarcane does not fetch him much profits since his plot of land is tiny. He spends around Rs. 10,000 on cultivation costs. In 2015, Maruti had a borewell drilled at a cost of Rs. 70,000. With water from this and the rains, he manages to harvest eight tonnes; the price at which he can sell in the market per tonne varies from Rs. 2,700 to Rs. 3,000. “If everything works well, the maximum amount I can earn is Rs. 14,000 from agriculture in an 18-month [sugarcane cropping] period,” Maruti says.

So, for 20 years now,  Maruti also does a second job as a gardener; he earns around Rs. 6,000 a month from gardening in four homes in Ichalkaranji town, around seven kilometres from Takavade.

Maruti’s present modest income level has been built up painstakingly. He worked for eight years as a labourer in a spinning mill in Shivanakwadi village for Rs. 5 per day in 1984. He then worked as an agricultural labourer for some years. From 1997 to 2001, he was a gardener for the Maharashtra State Electricity Board, where his daily wage was Rs. 20. “The amount was low and I decided to work as a gardener in residential areas where I got Rs. 150 daily. I felt happy with this amount. Now I earn Rs. 300 a day. But that is not enough in today’s times.”

In 2012, Maruti took an education loan of Rs. 1. 8 lakhs from the State Bank of India. “With nothing in hand, I educated my son and daughter,” he says. His daughter completed an undergraduate degree in commerce and later got married. Maruti’s son has studied mechanical engineering in Kolhapur district, and is working with a company in Belgaum, Karnataka. Maruti’s wife Shobha is a homemaker. “The interest on the loan is another major issue for me now,” says Maruti. The family has repaid Rs. 32,000 so far.

Many farmers have to work multiple jobs, and one option is to work as agricultural labourers.  Maruti chose to be a gardener because, he says, he likes gardening. “A poor farmer will always remain poor,” he says “Just look at my earnings. But a person should never fail to give the best even if times are hard.”

A version of this story was first published on www.bastiyonkapaigam.in