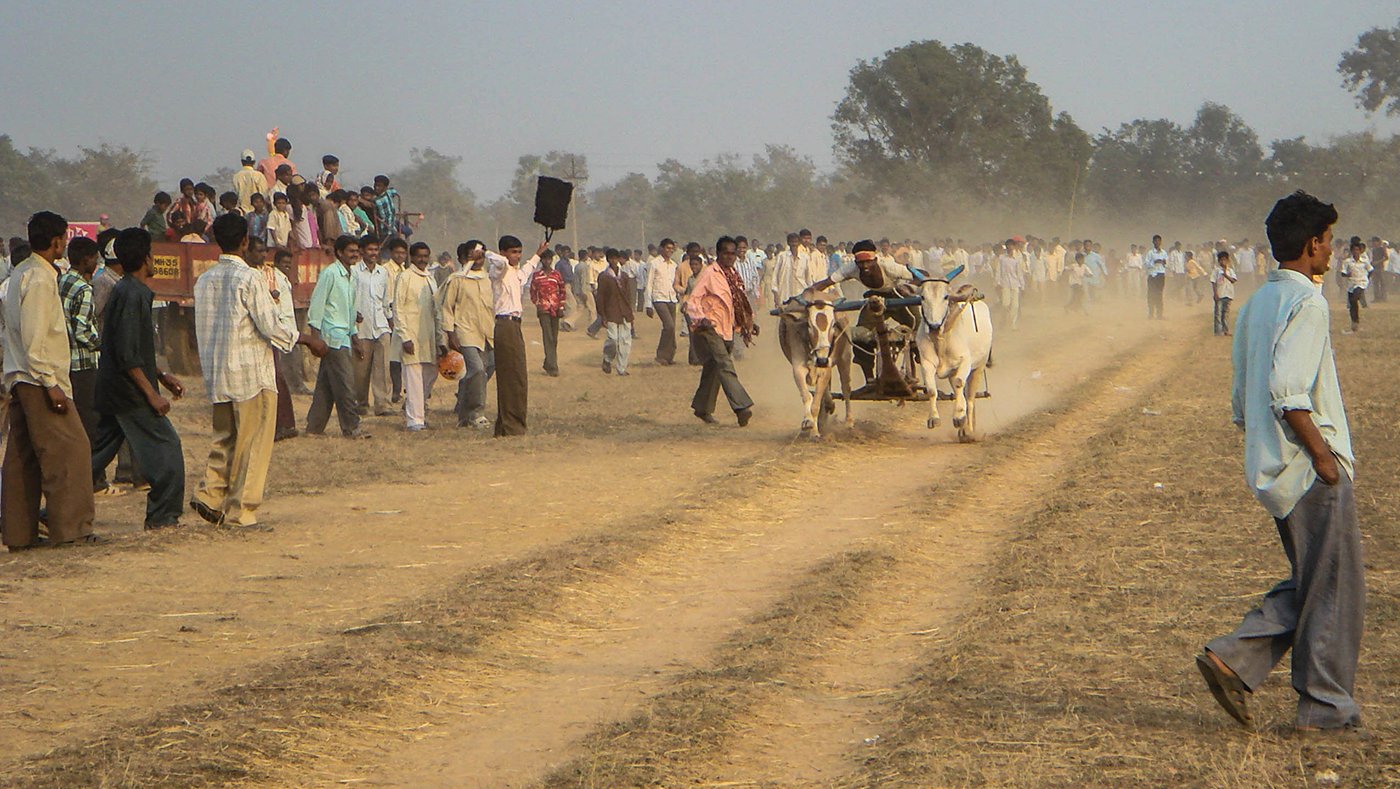 Another day at the races

In April 2017, Maharashtra legalised bullock cart races. Memories of a 2007 race in Chandrapur

And so, bullock cart races are now legal in Maharashtra. In April 2017, the state Assembly had passed the Prevention of Cruelty to Animals (Maharashtra Amendment) Bill that regularises such races. Somewhat like the law passed in Tamil Nadu to legalise jallikattu .

​Now​,​ state government sources have told the media that the president has approved of the Bill passed by the Maharashtra Assembly.

This brings back memories of a decade ago. I spent a day at the races – when they were not legal (and very popular) – in Delanwadi village of Chandrapur district. That was in early 2007, when I narrowly escaped the distinction of being one of the few humans ever run over and killed by a bullock cart.