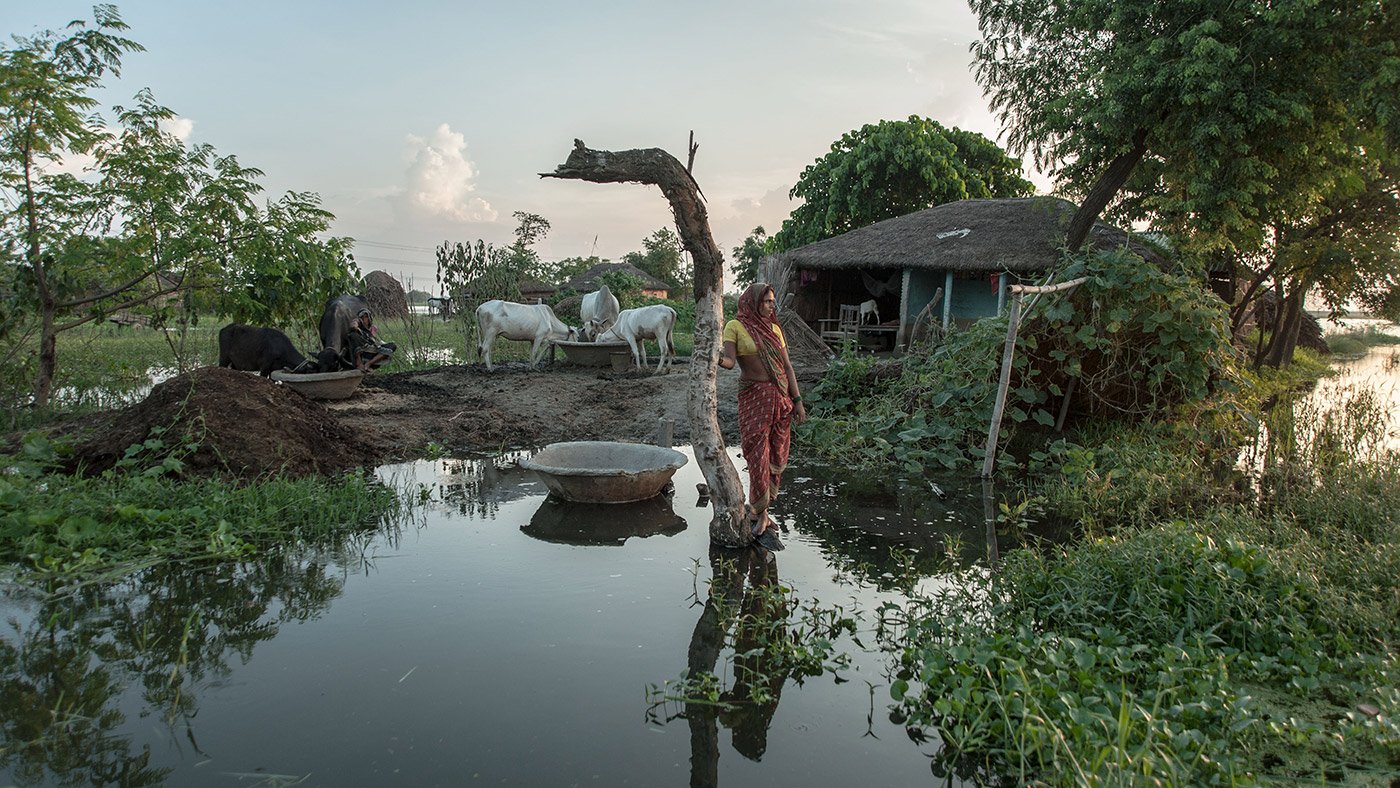 In north Bihar, people revered the monsoon and rivers, even though they caused floods on occasion. But now, Senu Devi says, the rising waters are a source of trouble

In north Bihar, the monsoon was a festive time. After a rain-washed night, women would often come out in their boats, singing and rejoicing the floods. The people had a positive association with the rivers, even though at times they were overwhelmed by the rising waters. Aware of every aspect of the floods – depth, duration and intensity – they took reasonable precautions.Over time, this has changed, and the people of north Bihar have gone from being ‘worshippers’ of floods to becoming  ‘victims’ of floods.

‘What can one do when there is so much water? Where does one go?’ , Senu Devi of Gobrahi village asks