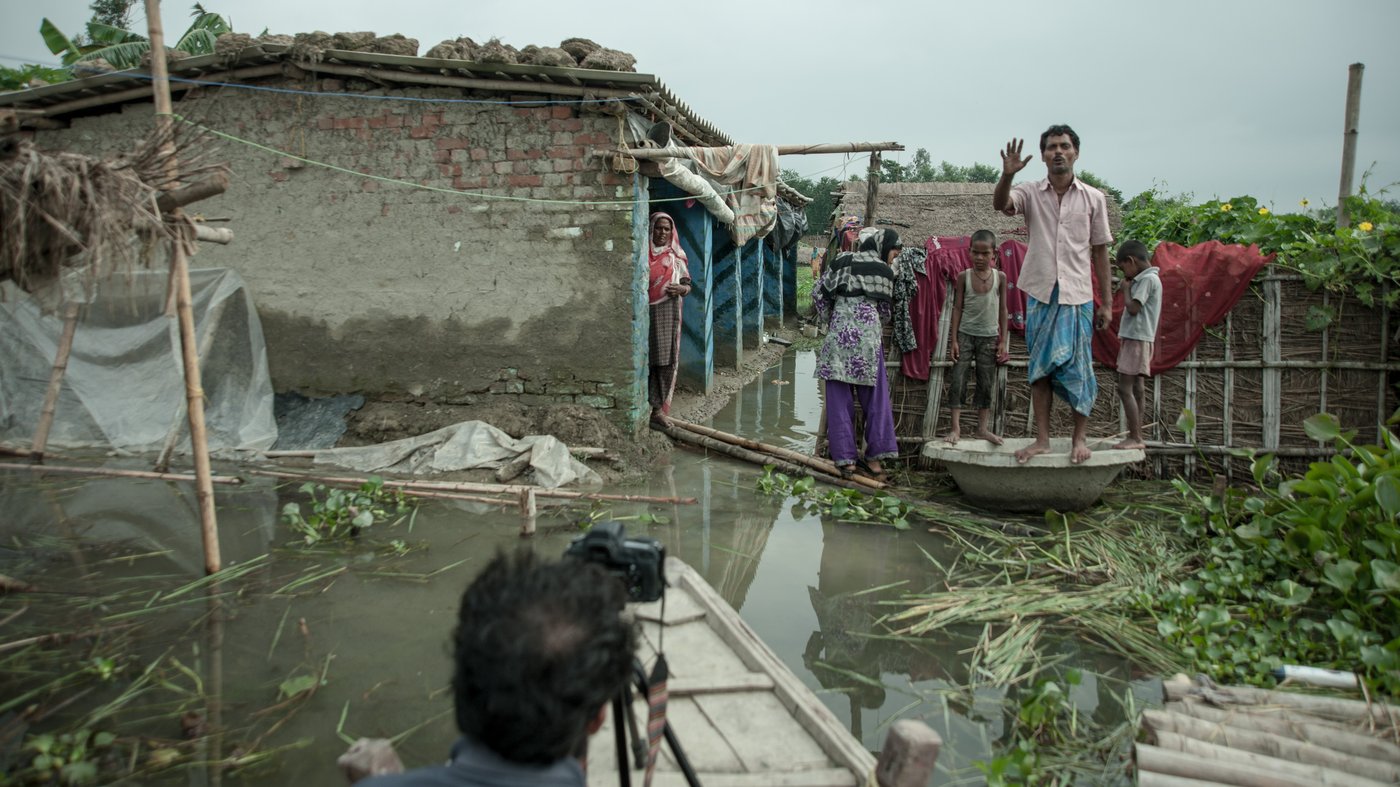 In north Bihar, embankments built by the government along the turbulent Kosi have created conflict, aggravated floods and caused huge losses to the people living in Ghongepur and other villages

The Kosi flows from Nepal into Bihar. It is a turbulent river, continuously changing course. Over the years it has been forced to flow between embankments. Although the river cannot be confined by walls, the state government insists on creating kilometres of mud walls. When the river rises, people break the embankments at many places to enable the flood waters to flow out, lest they drown in it. And year after year, the government remakes the embankments. This has created persistent conflicts.

The embankments meant to protect people living along the rivers have breached often. The Kosi breach of 1984 was the worst of them all; it washed away villages, drowned many and left millions homeless. The floods of 1987 too created numerous breaches on the embankments.

People here talk about the floods all the time – which, between the old and the newly-constructed embankments, have become even more devastating.

The film featured here was shot in August 2015. It was made as a part of Sayantoni Palchoudhuri's 2015 PARI fellowship.

Camera and editing by Sambit Dattachaudhuri, a self-taught cinematographer and editor. Over the last two years he has been collaborating and working on stories related to farming, public health and education.