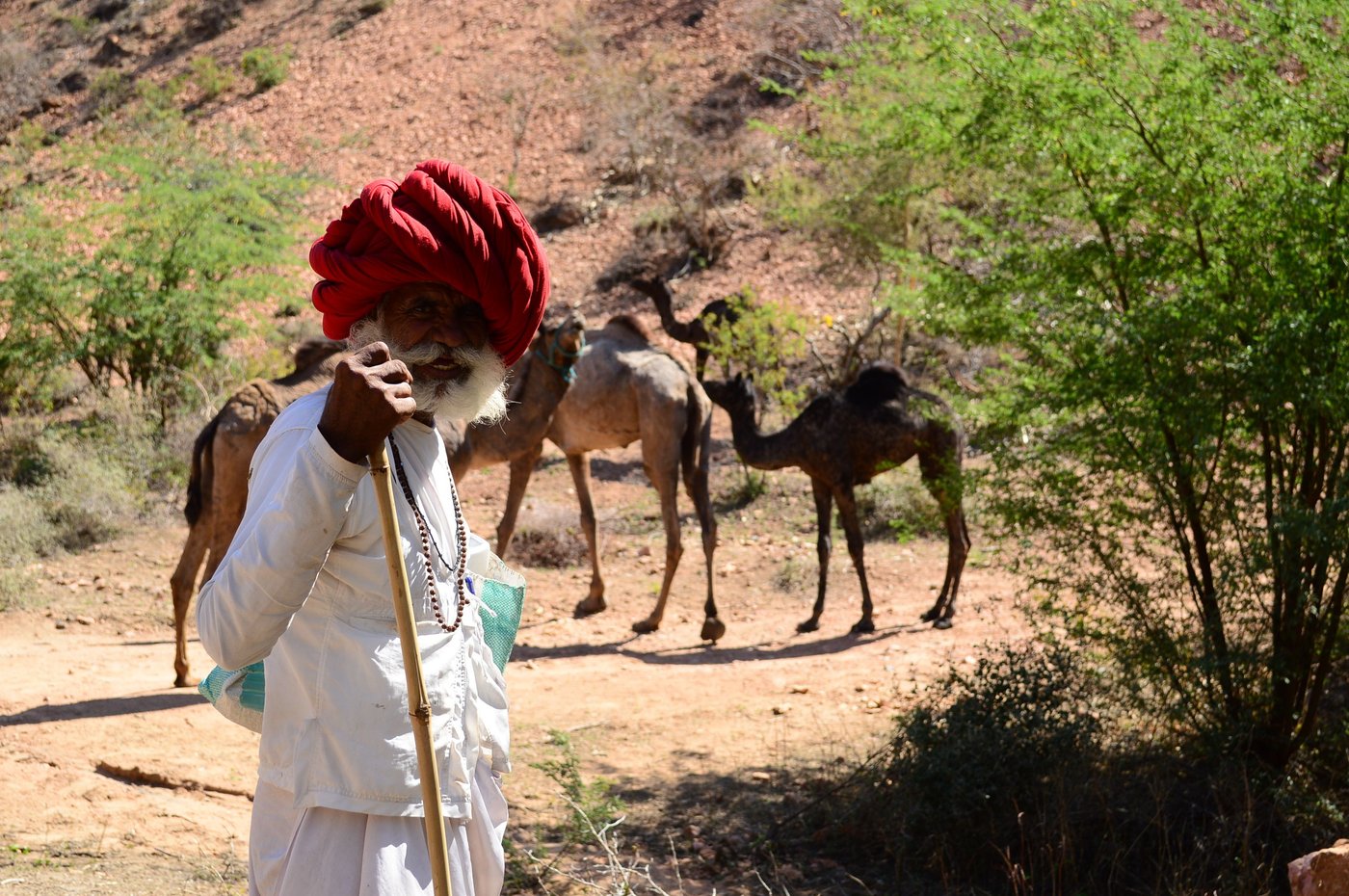 The fable of Lek and Lakshmi

For long, the Raikas of Rajasthan have told stories to pass the time on their journeys. But this tradition, along with their pasturelands, is shrinking. In the video featured here, Fuyaram Raika narrates a cautionary tale

For centuries, the Raika community in Sadri, a village in Rajasthan’s Pali district, has been herding camels. I accompanied Fuyaram Raika on a chadiye – when the animal is taken out for grazing. Usually, this lasts all day. Fuyaramji leaves in the morning, tucking provisions for tea and rotis  inside his turban, and returns late in the evening. Despite the searing heat of Rajasthan summers, and with 20 camels to look after, he shares his tea with me.

Fuyaramji seemed to be aware that no one in his family was going to follow in his footsteps. He spoke of how his children are not going to continue this work. As we walked through one of the few pieces of land to which the pastoralists still have access, he told me how the Raikas once wandered freely in the forests and farmlands of Sadri, forging long-lasting relationships with those they met along the way.

Watch video: Fuyaramji Raika, a community elder from Sadri village, tell us a story about fate. He knows that no one in his family will follow in his footsteps as a herder

But now things have changed. There isn’t enough land for them to graze on, because large tracts have become private property or have been taken over by the government. The access to pastureland of traditional herding communities is shrinking, and there are rifts between herders and farmers who have for long live in harmony.

I asked Fuyaramji to tell me stories he had heard as a child. He narrated this fable – it’s about a brother and sister, the two Gods, Fate and Wealth. It is told as a cautionary tale to those who run after wealth.

Related story: The Raikas of Rajasthan