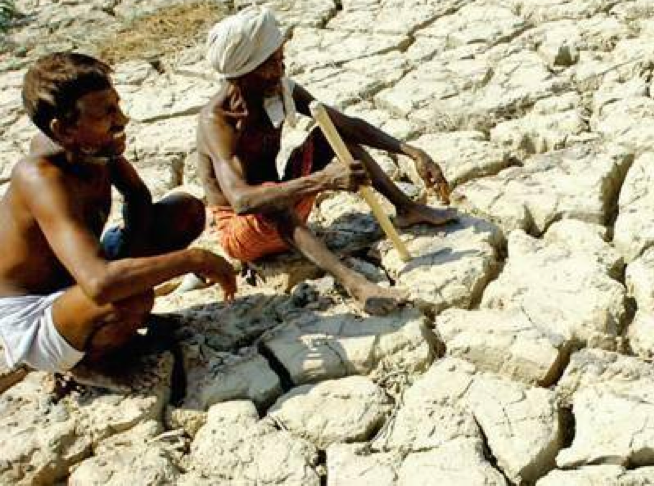 How the ideological obsession with ‘direct cash transfers’ means lakhs affected farmers receive no compensation - because they have no bank accounts!

MUMBAI: A staggering Rs 460 crore disbursed by the Maharashtra government as compensation for drought-hit farmers has come right back to the state's coffers. The key reason it could not be distributed, officials admit, is that lakhs of farmers impacted by the calamity do not have bank accounts — now a mandatory requirement for aid recipients.

Since 2014, Maharashtra has been allotting aid only to bank accounts of beneficiaries instead of dispensing cash, in an attempt to plug leakages.

"In some cases, compensation did not reach farmers because the claimant was missing or there was a dispute among beneficiaries. But in many cases, the aid was returned because the farmers did not have bank accounts," admitted relief and rehabilitation minister Eknath Khadse.

The drought funds which were returned account for around 11% of the Rs 4,000 crore which was disbursed by the state, official data shows. Of the 90 lakh farmers impacted by the drought, 65 lakh have been compensated so far. However, 26 lakh farmers — roughly a third of those affected — are still awaiting aid.

The bulk of the aid which was returned was from the Vidarbha and Marathwada regions, where the drought wreaked maximum havoc. Compensation funds worth Rs 190 crore have been returned by district officials from Marathwada and Rs 201 crore from Vidarbha, official data shows. Aid worth Rs 62.5 crore has been sent back from the Nashik division.

The state is hoping the NDA government's Jan Dhan Yojana, which aims to draw large sections of the poor into the formal banking system, will help resolve the problem. "District officials have been asked to encourage the Jan Dhan Yojana. Once their accounts are opened, farmers will receive the aid," Khadse said.

The state government says it moved to a system of direct cash transfers to bank accounts of beneficiaries to avoid leakages while distributing aid. "During every drought, there are allegations of corruption. This way, the money goes to the affected farmer or remains with the government," said a senior government official.

However, critics said this does not work in a calamity, given the poor banking coverage in the country. "Across the country there is increasing evidence which suggests that banks are reluctant to open accounts under the Jan Dhan Yojana and that a large number of accounts opened are non-functional or duplicate accounts," said economist R Ramakumar from the Tata Institute of Social Sciences.

"In such a situation, limiting aid to bank accounts will cut off many in need of immediate relief," he added.

Report 8: The original version of this story appeared in The Times of India on 1 April 2015