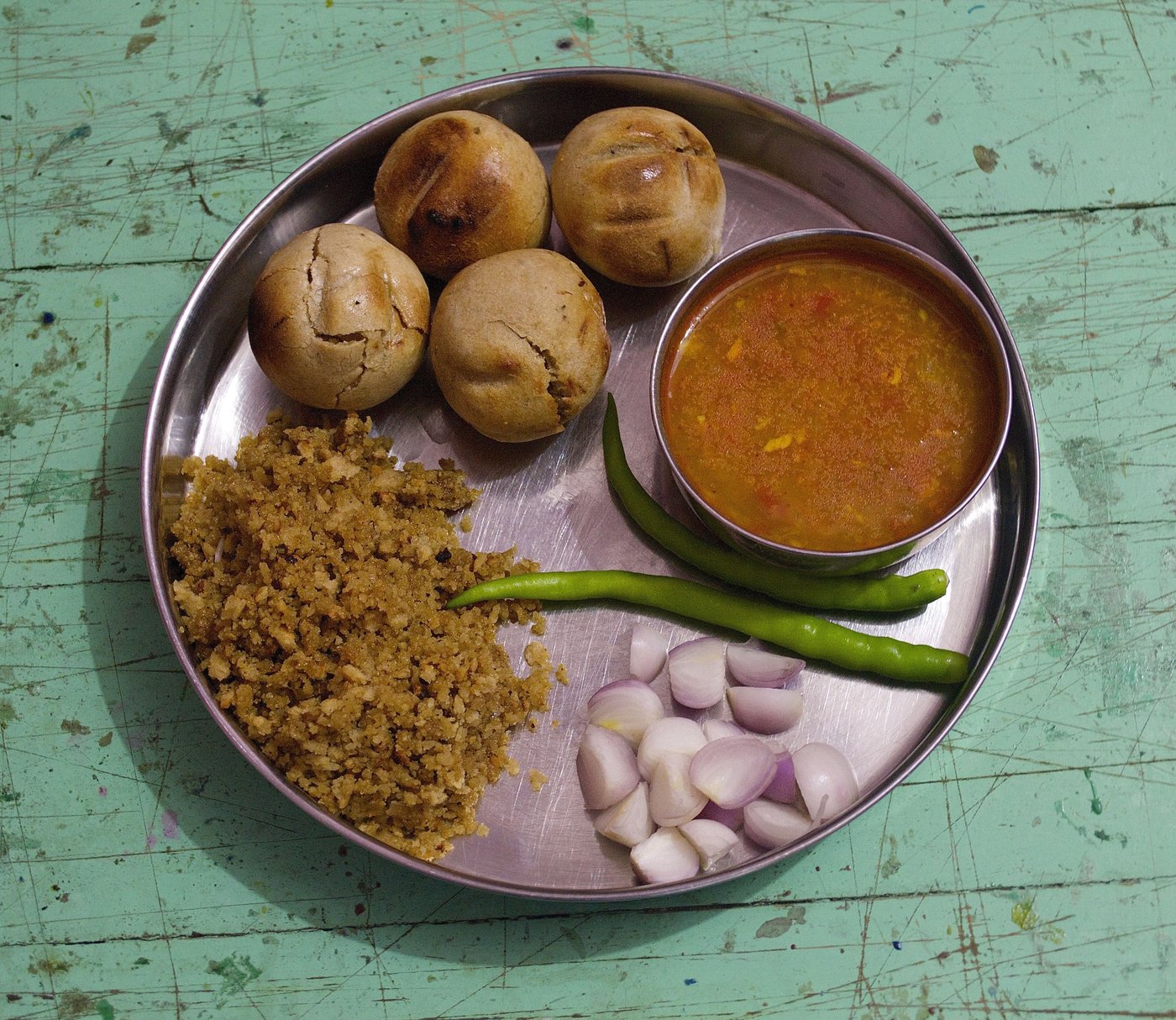 “We used to interact with our guests very differently. Our sense of time seemed a lot slower in the old days.” Jyoti Dhaybhai is speaking as she hovers over a stove in her small kitchen. “When I was growing up, I learned from my grandmother that mehman hamare bhagwan, [guests are like gods for us]. People used to just come home throughout the day without calling – and we were happy to have them.” Jyotiji grew up in Jodhpur but moved to Udaipur when she was married, and has blended her own Marwari culture with the Mewari. 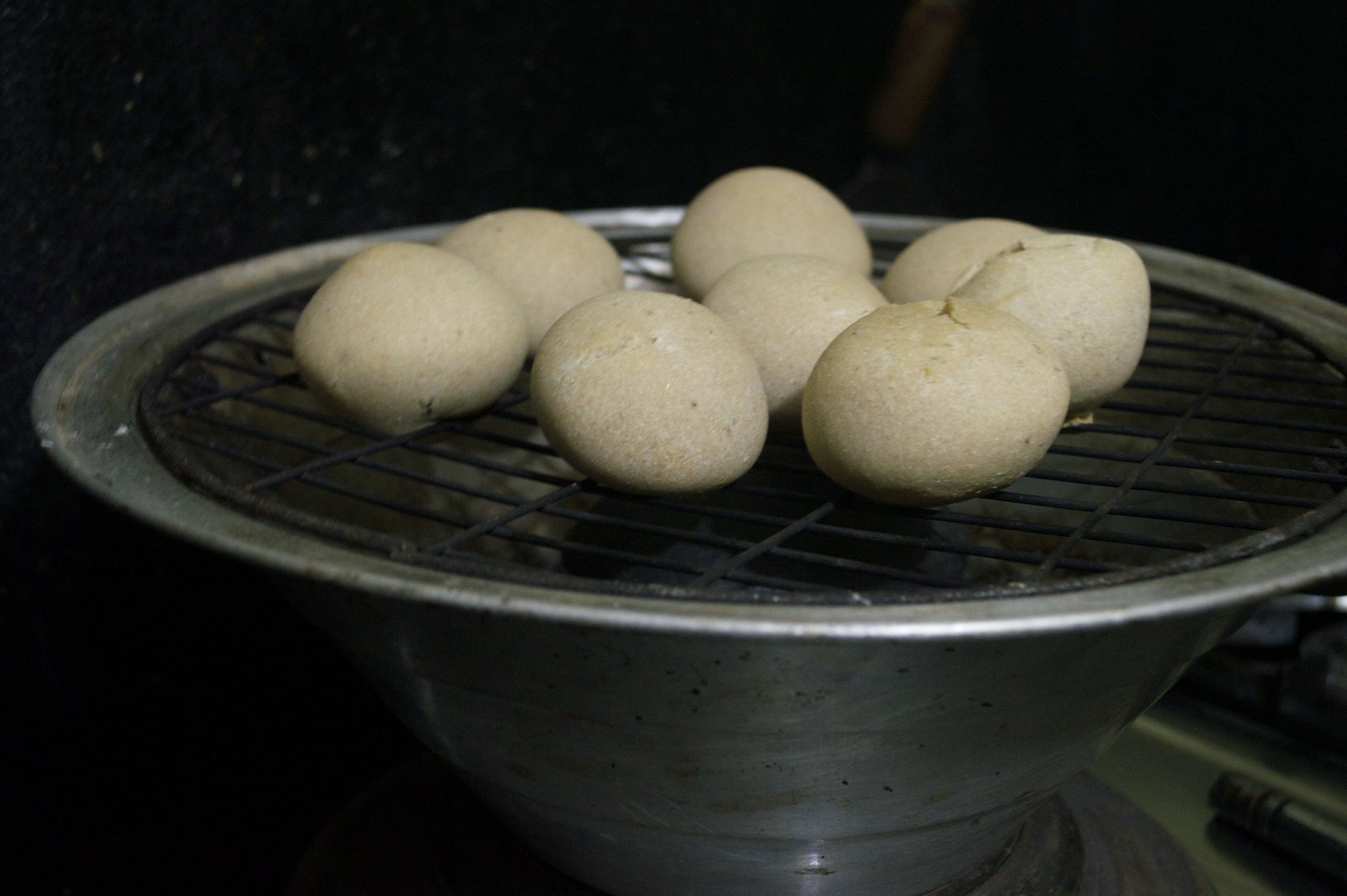 The Rajasthani tradition called manvar has come to be associated with hospitality – and mostly food. In the Marwari language, manvar means ‘to request’. In action, however, it is a ritual of care that takes into account your guest’s needs before your own. At times, it can be overbearing to the point of being forceful. It is customary to decline what you are offered –the first time. So begins the delicate dance between host and guest, with offerings and refusals. Finally, the guest acquiesces. Feeding someone is a way of showing affection, and the more food that is shared and served, the more the love. 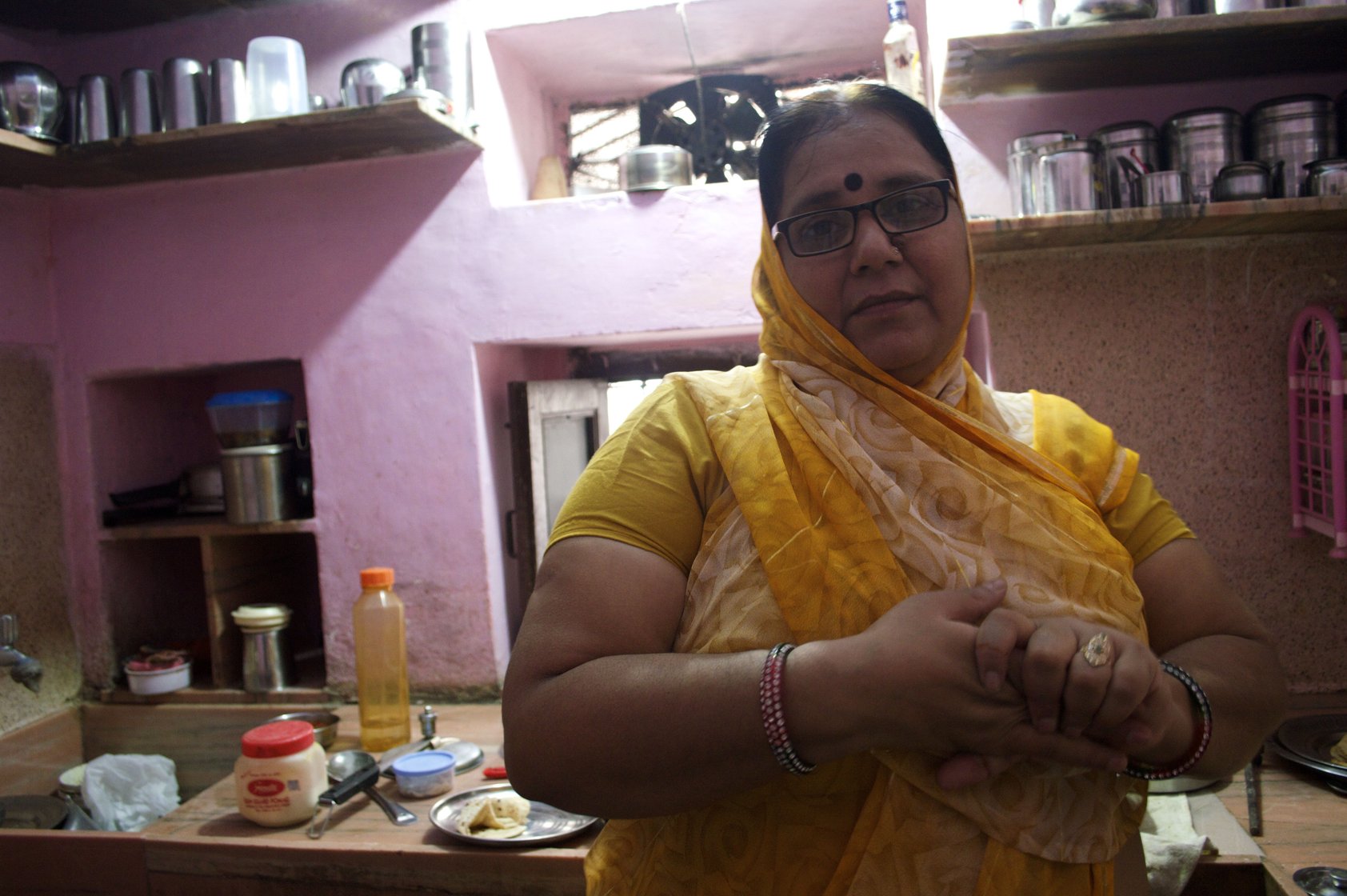 Gayatri Dhaybhai in her kitchen

A ‘thali’ of Rajasthani food

The second type of thali they present is dal bati , another simple but popular dish. Made of lentils and baked balls of dough, this is called the poor man’s food because, while a filling and hearty meal, it goes easy on the pocket. Here, it is served with raw onion, green chillies and churma (crushed bati with jaggery and ghee). 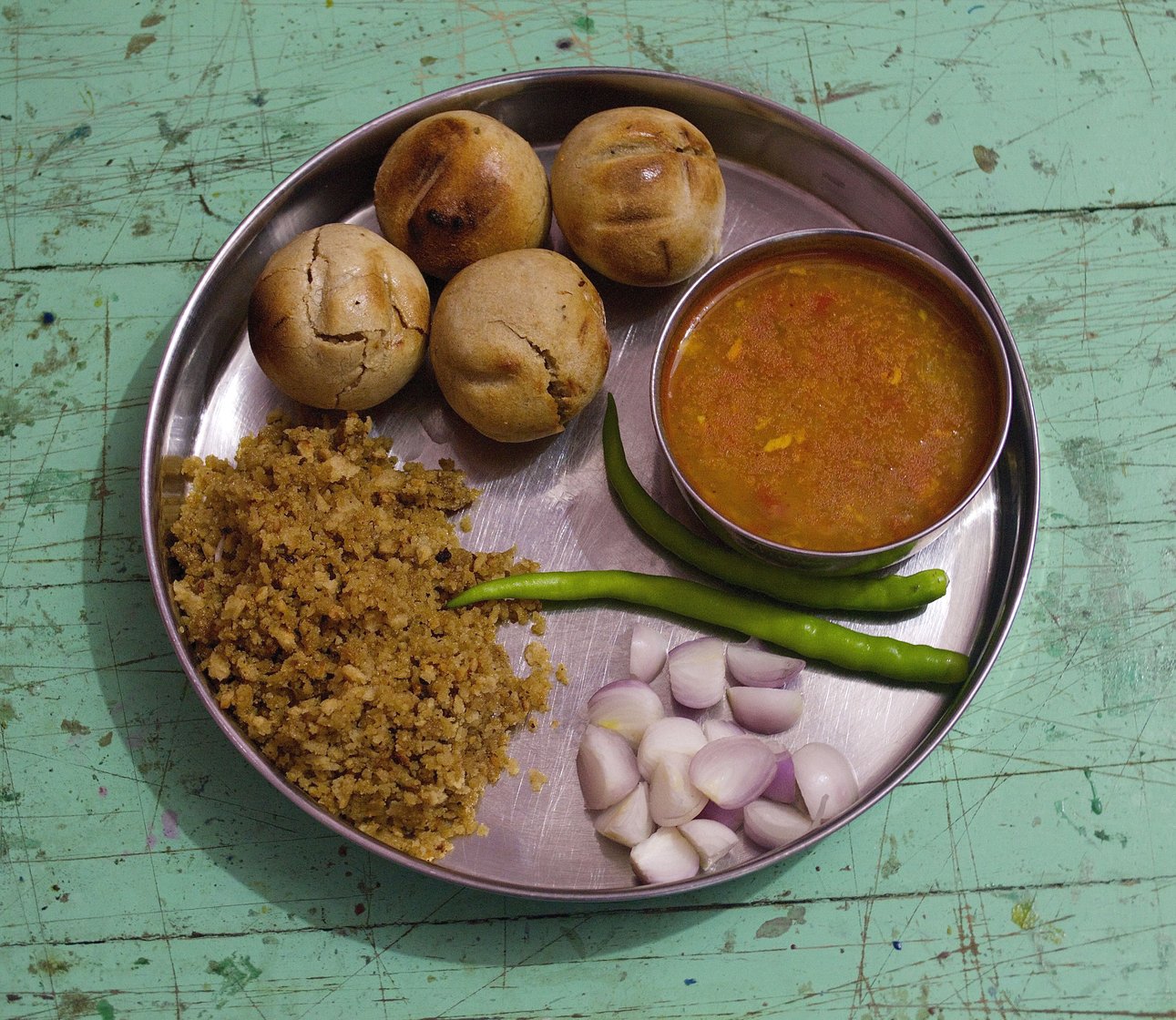 The Dhaybhai family has lived in the same haveli , or mansion, for over 150 years in Udaipur. They once served as protectors for the princess of Bikaner, who married the king of Udaipur. As the family story goes, they saved the boy born to this couple from his own uncle and brought them both to Udaipur. That’s when they earned the name Dhaybhai, which means brother of the same milk. They then worked for the royal family until India’s Independence, at some point even becoming the maharaja’s personal assistants. Their haveli still stands as a symbol of traditions now being forgotten, including the way food is prepared and enjoyed. 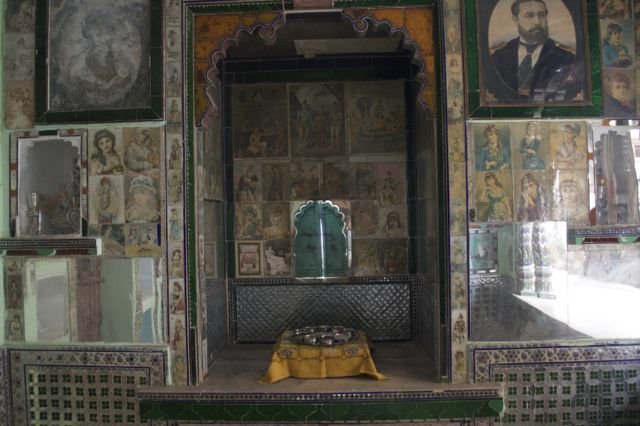 Gayatriji is happy to talk about Rajasthani food traditions. She’s preparing bajre (pearl millet) for the rotis (flat bread) while explaining how the family structure has changed. “Food and family go together. We once used to all live under one roof. But it’s hard to stay that way now. Everyone wants more space and privacy. Friends are more important, and women work outside the home in larger numbers now. With people so busy, there isn’t time to make food the way we used too. So the way we interact with each other, our families, our guests, that’s changed.” 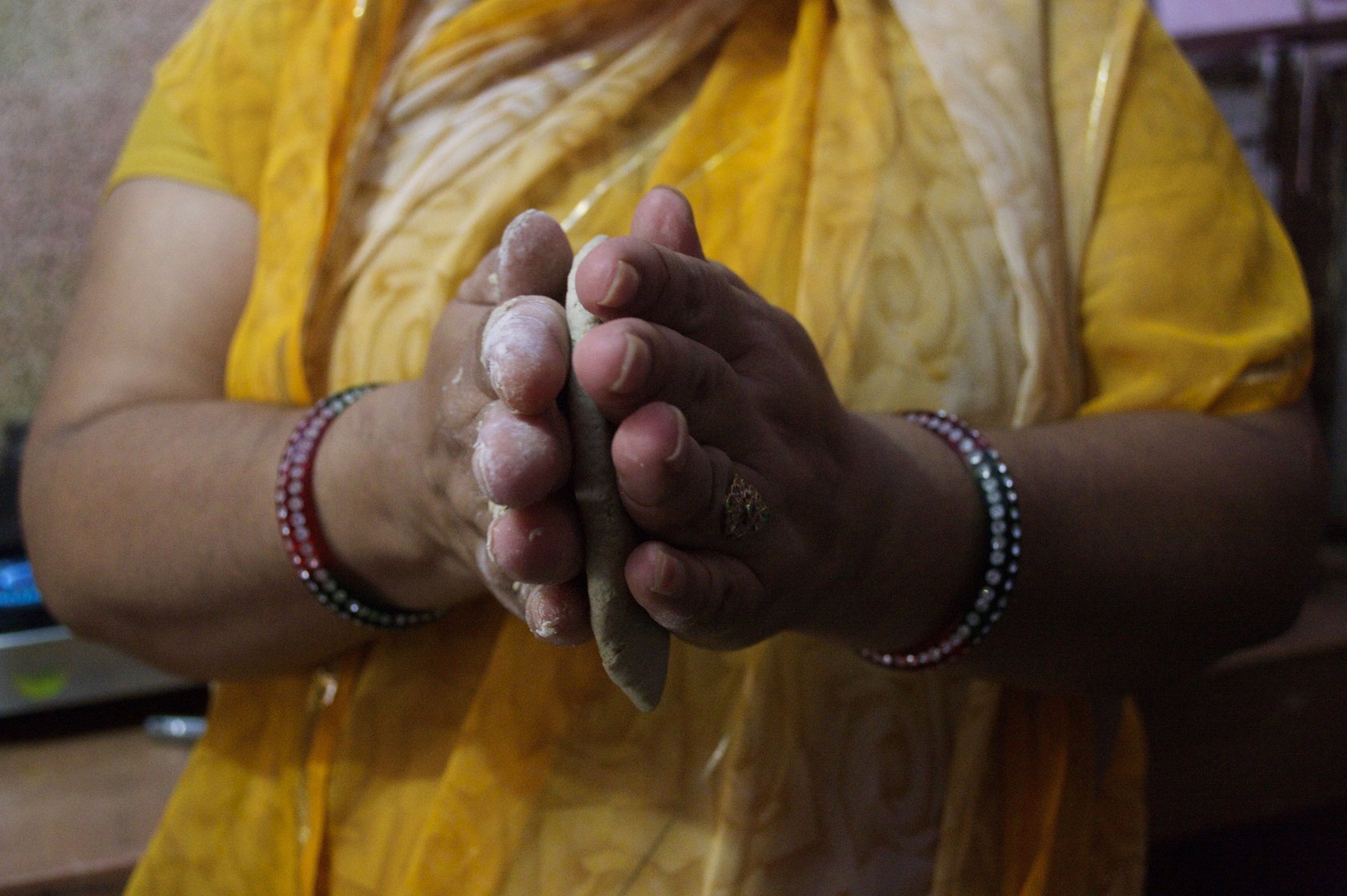 What’s on the thalis has also changed. The same style of thali , served at someone’s home, might feature different dishes from those presented when dining out. Now, restaurants serve what is popular, not what is custom. People would also eat out of the same thali , sharing food and conversation while their hosts would serve them. That was part of the manvar process. Buffet meals are a growing trend, replacing the culture of serving. This means some loss of connection between the guest and the host.

Environments and economies have also nudged traditional food in a different direction. In the times when people mostly worked in the fields, their nutritional needs were different. So was what was readily available to them. Women have increasingly become  income-earners, but men are unwilling to share the task of cooking. So there is less time to make nutritious food at home. 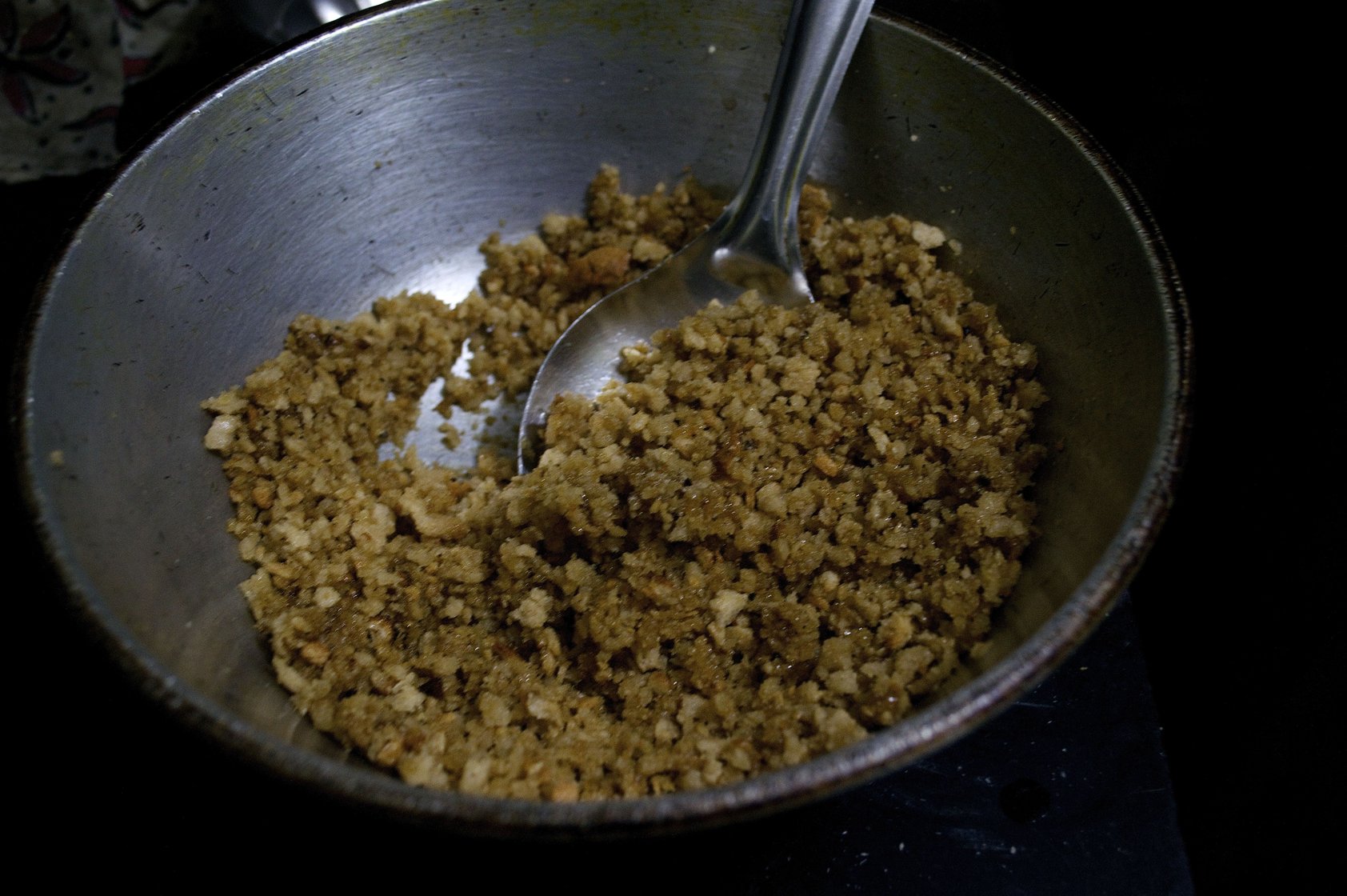 Baked ‘bati’ is crushed and served with ‘gudh’ and ghee

Vishal Dhaybhai, Jyotiji’s 32-year-old son, speaks of bridging the old and the new. The zero-waste activist feels that the idea of feeding a guest stands even now. “If someone comes to your house it’s not right to let them go away hungry, but now we do want to offer people a choice,” he admits. “We don’t force as much now. If they do say no, we listen. When we follow traditions without heart, it becomes a burden. That’s what my own and other generations are seeing. Sometimes I think our generosity has lessened, that we have a fear that there isn’t enough for everyone: not enough time, food, or resources. I’m not sure what’s going to happen in the future, but I think there are still glimpses of the past that I can see. Only, those are competing with the ‘modern’.” 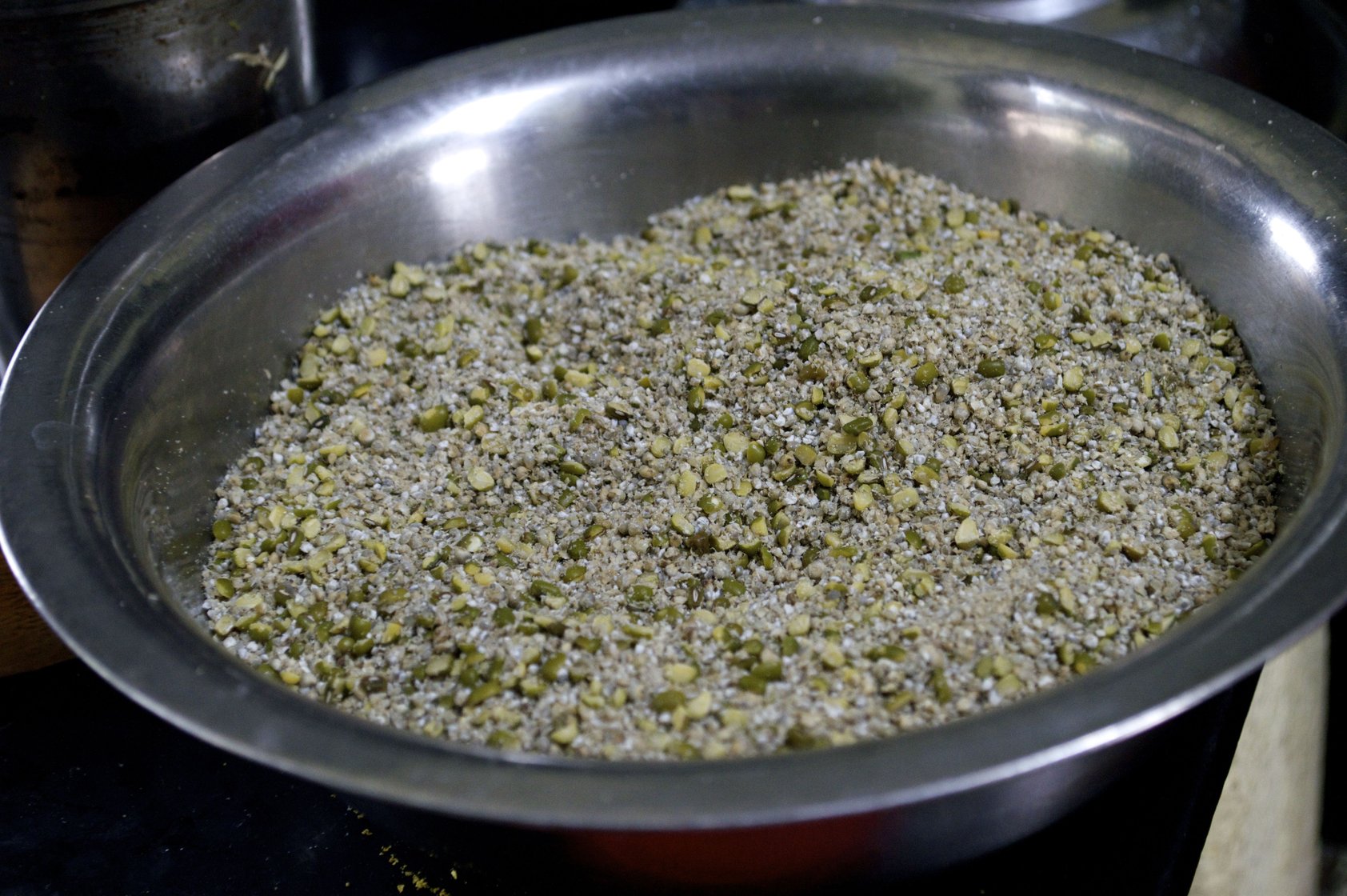 Raw ‘bajre’ ready to be turned into dough

There is a strong system to the food. Rajasthani people are very particular about what they pair together, and ritual goes hand in hand with food. Each type of bread (wheat, corn, pearl and sorghum millets) goes with only a few vegetables or legumes for reasons of both taste and digestion. “Not everything tastes good together!” laughs Jyotiji. “For example, makki ki roti (flatbread made of corn) and urad ki dal (black gram lentil) go together. Or bajre ki roti with kadhi or with moong dal (green gram lentil). This is how our grandmothers did it, and so we do the same.”

While manvar is still alive, it is losing some sheen. A thali full of traditional Rajasthani food is now seen as more of a novelty created for a special occasion, rather than what was routinely offered to guests. Food still remains a strong part of culture and represents care.

Pre-packaged food, though, is starting to replace homemade delicacies. While women work more outside the home now, they carry both loads. “As long as my generation is still here,” says Jyotiji, “we will continue these traditions, but things will change. We need to find the right balance, that’s all.”

This article is part of her CSE Food Fellowship.

Special Thanks to Vishal Singh and his family.