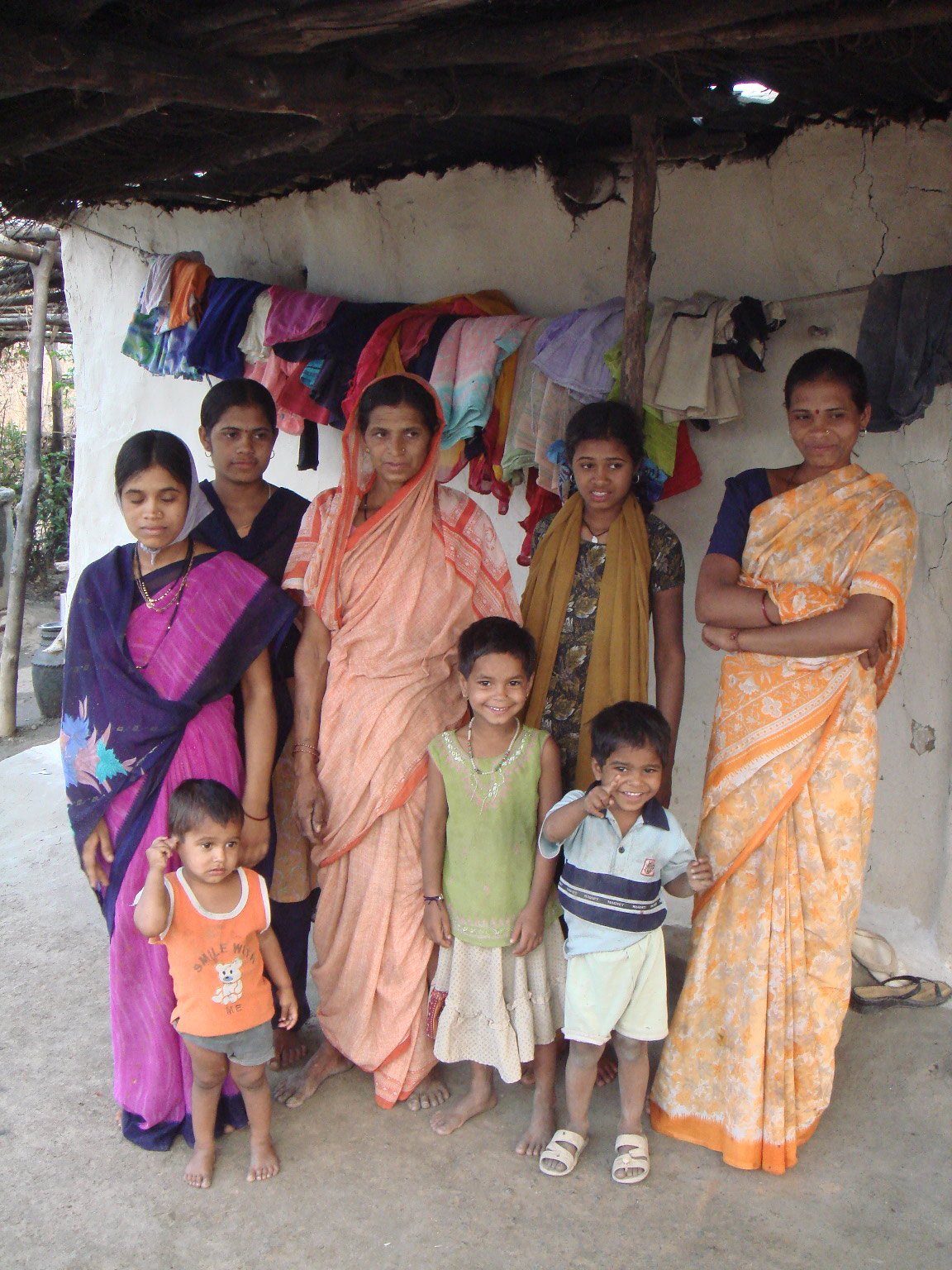 Farming - it's what they do

Kalavati Bandurkar has personally conducted the delivery of five grandchildren at home. All her married daughters are as poor as she is and cannot afford hospital costs. So she's done the job herself. There are 10 persons staying at her home when we visit. Besides looking after all of them, she runs a failing nine-acre farm and also works on the land of others for Rs.30 a day. In the off-season, like now, she earns just Rs.20 from fetching and selling firewood. Her last source of income is the milk from a buffalo she owns.

She's managed, she says, to get her fourth daughter married without expense. And is now trying to see if she can conduct the wedding of the fifth "without spending too much." Kalavati is the mother of seven girls and two boys in Jalka village of Yavatmal district in Vidharbha. She is also one of over a lakh of women farmers across the country who have lost their husbands to farm suicides in the past 14 years.

"I never got a paisa's compensation from government," says this ever-smiling, matter-of-fact grandmother. The reason: the land they cultivate is not their own but leased from others. So when her husband Parsuram  hit by debt and crop failure  took his life, his death was recognised as a suicide, but not as a "farmer's suicide." The official logic: if there's no land in his name, he's not a farmer. The family, though, has received some help from the Vidharbha Jan Andolan Samiti (VJAS) 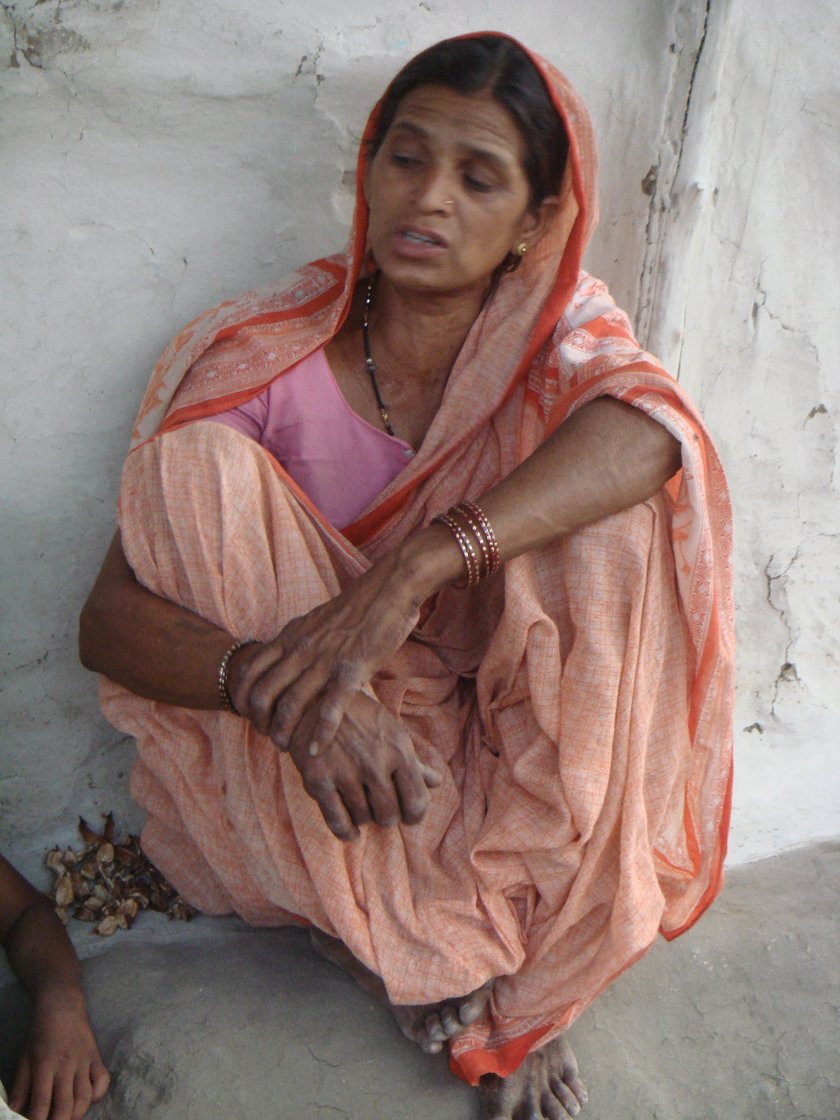 Parsuram's debt of over Rs.50,000 led him to even "mortgage my mangalsutra. What could he do? This agricultural crisis raised all our costs." It didn't help, though. Their nine acres yielded just four quintals that fetched Rs.7,000. The day he sold his cotton, he redeemed his wife's mangalsutra with the money, went out to the field and killed himself. Kalavati, always a breadwinner, decided to carry on. "Farming is what we do," she says, without a trace of self-pity. "We'll keep doing it." She's worked and paid off most of his debts. She settled a loan from the local input dealer without paying interest. "Now we owe only Rs. 15,000 to relatives and there's no interest involved."

"No. I'm not a member of any Self-Help group. I cannot afford the Rs.20 a month it takes." Four of her girls are married. Three before Parsuram took his life. But one is estranged from her husband and has returned home. And three others have come back to her for their deliveries.

"My daughter Maltha and I," she says, "are the only earning members here." Between them, they make Rs.40 a day from the tiring task of gathering and selling firewood in this period.

The buffalo's milk fetches the rest of the income. "Rs.60-80 a day. Sometimes a little more." On these earnings, some ten human beings exist. Maltha is the eldest at 25, Chaitanya the youngest at 8. Despite the hardship, it's a smiling if very noisy household ruled by lively youngsters. Most of her own children, of course, dropped out of school long ago.

Kalavati does not maintain the buffalo herself. "That would cost more than we earn." Instead, she pays Rs.40 a month  or less than Rs.2 a day  to a professional herder for whom "the animal is just one of dozens he looks after daily. And I share the dung with the rakhwala."

This is an animal the family bought on its own. It is not part of the bizarre government scheme that has bankrupted many small farmers by saddling them with costly cows they do not want and cannot feed. So far, her system works but is most fragile. Any damage to the buffalo would shatter the family's economy. Right now: "we sell all the milk." Even the kids at home don't get to consume a drop of it. And two other daughters who could work, can't do so right now because they've just borne children. 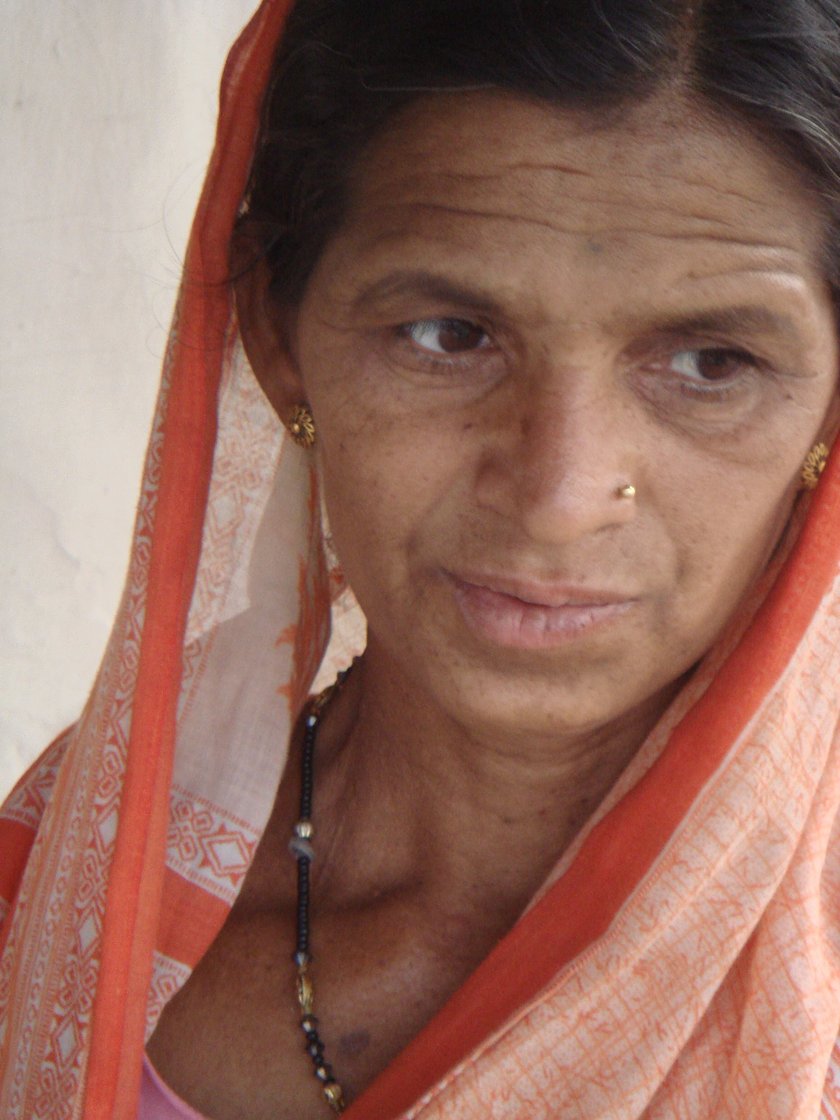 "We've found a good alliance for our fifth girl, Lalita," she says. "The boy's family has kindly not asked us for money. But they want us to host a proper lunch here. Or go to their village  which is even costlier. Well, we'll have to do something." She probably will. Even when Parsuram was alive, Kalavati managed to get two daughters, Savita and Sunita, "married on the same day on the same pandal. After Maltha's wedding cost us over Rs.1 lakh, we had to save money somehow."

She's annoyed at not being recognised as a farmer and thereby losing out on the compensation. "We do own 3.5 acres in Chandrapur district," she says. "But that land is still in our parents' names and has not yet been settled in our names." So technically, they are not `farmers.' Here, "we pay just Rs.10,000 a year to lease these nine acres. That tells you how poor its quality is," she laughs. It's hard work, but Kalavati wastes no time moping. What bothers her is "it's been tough finding work since the Pola festival." And also: "the costs of inputs are rising too much. No more cotton for us. We

have to do something else."

Kalavati is one survivor who asserts that she would like her children too, to go into agriculture. This is rare in a countryside where people desperately seek jobs outside farming for their young. But she's already planning for the next season. "We'll stay with agriculture," she says. "It's what we do."