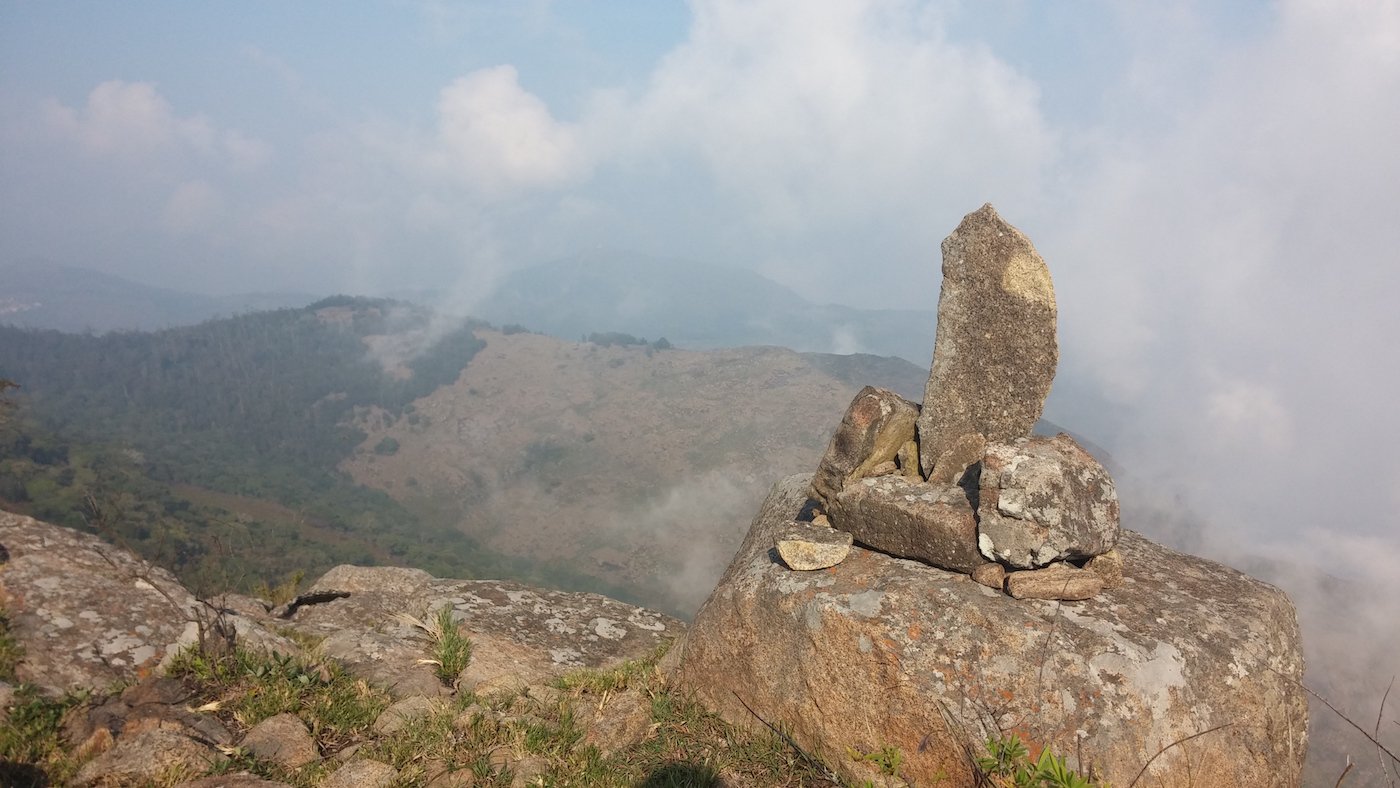 The honey hunters of the hills

The Todas of Bikkapathimund village in the Nilgiri hills of Tamil Nadu collect honey in the gentlest of ways, and once every 12 years await the bloom of the kurinji flowers, from which the bees make a special honey

Sometimes there is a snake in the cavity with the bee hive. “The bees will not allow you to take honey while the snake is inside [so as to protect the person], but anyhow the snake will move aside,” says Kathe Kuttan of Bikkapathimund village. Then the honey gatherer can reach in with his hand to bring out the delicious golden comb. “The snake,” says Kathe, “gives a ‘promise’ to the honeybee – I will not bite anyone who comes here to honey hunt.”

That is, of course, if the honey hunter has come with purity of heart and body. Otherwise, it might be a different story.

Like Kathe, Thilthosh Kuttan is a honey gatherer too, and belongs to the Toda tribe in Bikkapathimund – a village of around 35 Todas. With his son, he is walking with us through the remnants of the shola forest adjacent to the grasslands on which the community’s buffaloes roam. The Todas are Adivasis who live in the Nilgiri hills of Tamil Nadu. They are pastoralists who demonstrate their respect for nature by practising a strictly vegetarian diet. And they walk barefoot as a mark of their regard for the spirits of the Earth.

After crossing a small brook and climbing up a slope, Thilthosh points to a small, almost unnoticeable cavity in one of the larger trees. A melon-sized rock blocks most of the entrance and swarms of bees are flying around it. These are the Asian Honey Bee ( Apis cerana ), found across Asia. They are considered among the easiest species to domesticate and hive in beeboxes.

But the Todas prefer to leave the bees in their natural habitat. Unlike some of the other honey gathering Adivasis of the Nilgiris, the Todas don’t use fire or smoke to draw out the bees when collecting wild honey. When he finds a hive, the hunter will place a stone at the opening of the hive to keep away the bears that roam these hills. When he is ready to take out the honey, the hunter will remove the stone, put his face close to the cavity and blow softly. This pushes the bees out gently and the hunter reaches in and pulls out the honey from the multi-combed hive. 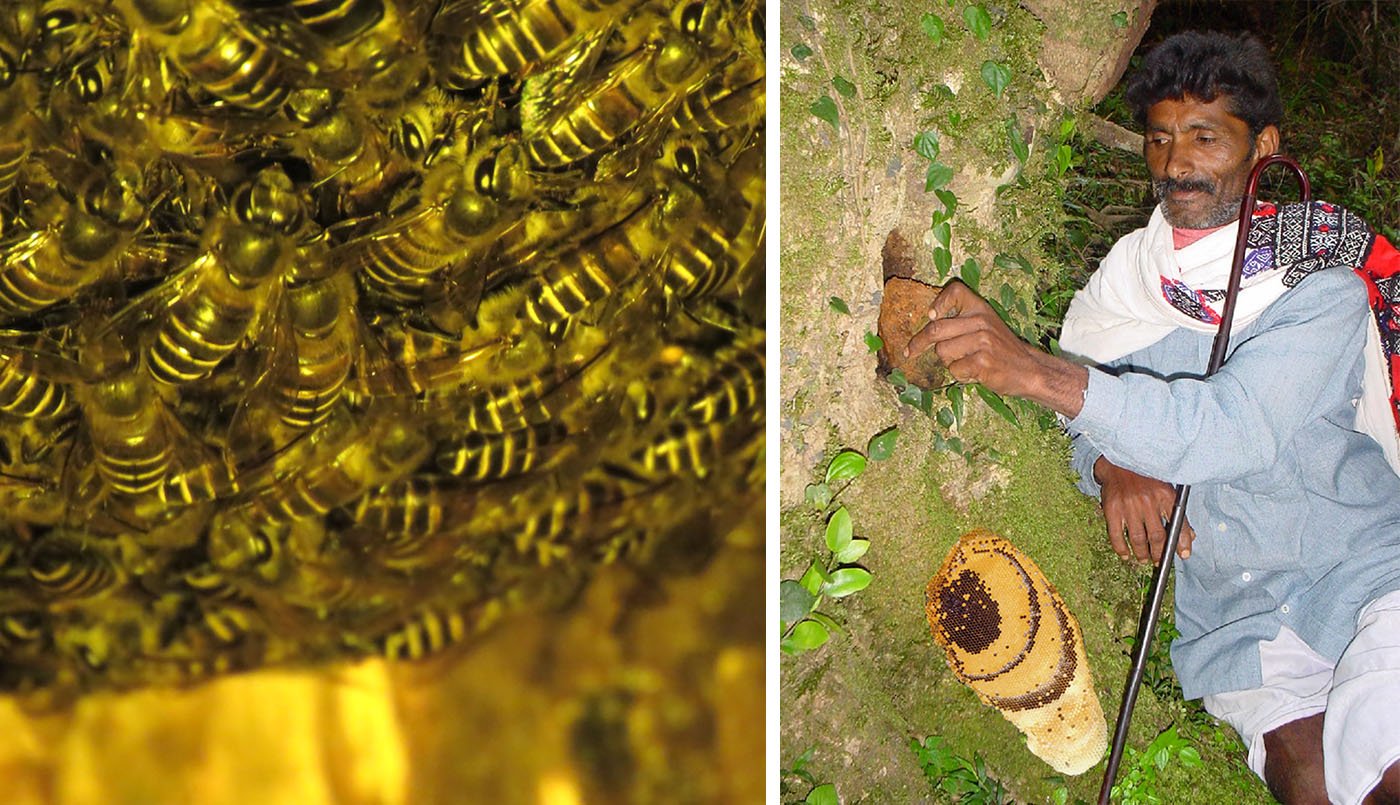 Left: A hive of the Apis cerana bees. Right: A honey hunter removes the stone that blocks the cavity before he extracts the sweet golden comb

How does he not get stung? The Todas believe this is because the bees know if the person is pure of heart and body.

But young men (only  men in the Toda community collect honey) who are beginning to learn how to collect honey do sometimes get stung. Thilthosh says, “They [the newcomers] will be afraid at first, but after being stung a few times it will be normal. Then they will not be afraid”.  Even as he is talking, his son, around 12, is stung by a bee. Thilthosh goes close to his son, investigates the area of the sting, and leaves it at that.

Earlier, Kathe Kuttan had narrated the story of a hunter who was bitten because “he [hadn’t] maintained the ‘discipline’.” The community is not supposed to work on certain days like the day for temple.

As he speaks, sitting below a tree in his village, surrounded by rolling hills, Kathe meticulously strips and softens long strips of bamboo. Around him lie coiled ribbons of bamboo, shavings are scattered on the ground. Several other men are also fashioning the bamboo into malleable ropes, while some women sit close by, embroidering shawls with the intricate designs unique to the Todas. These bamboo strips will be used to construct a new temple.

Another villager, Ooneer Kuttan, recalls that when the kurinji flowers bloom abundantly, the bees make a special honey from its nectar. These flowers bloom only once in 12 years and when in season (usually, April to June) carpet the hills with a violet blue – hence the name Nilgiris or Blue Mountains. But, he rues, today, even in the kurinji season, the blooms are fewer. And so this variety of honey is now not easily available. 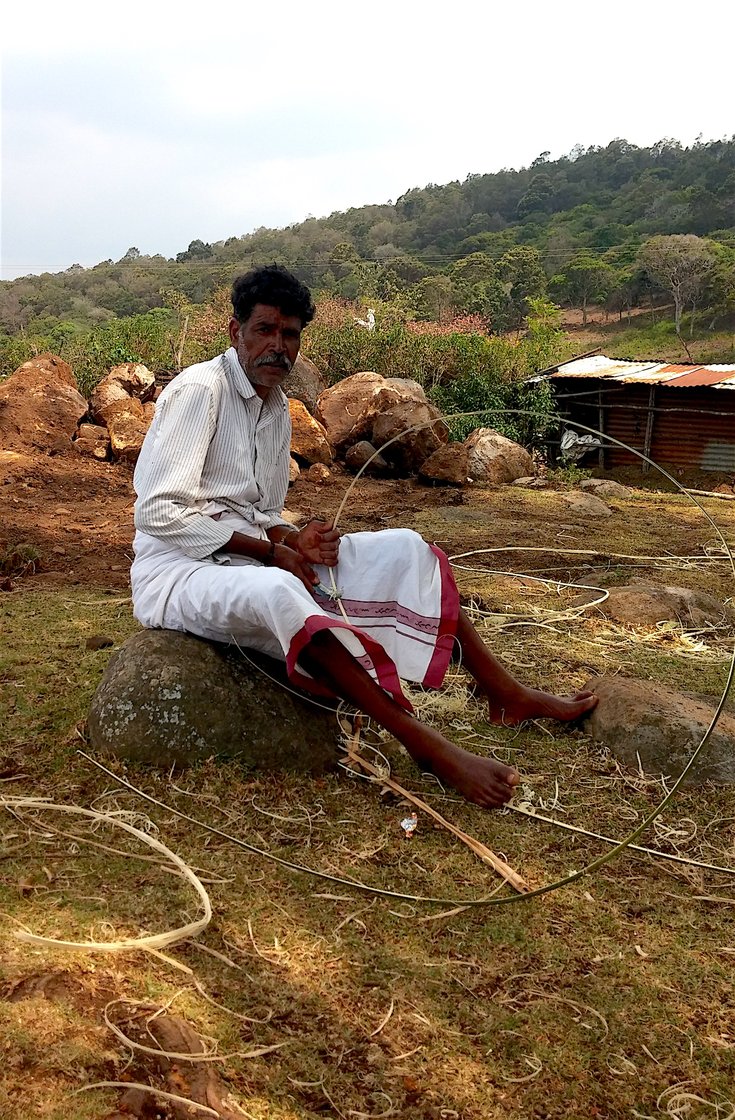 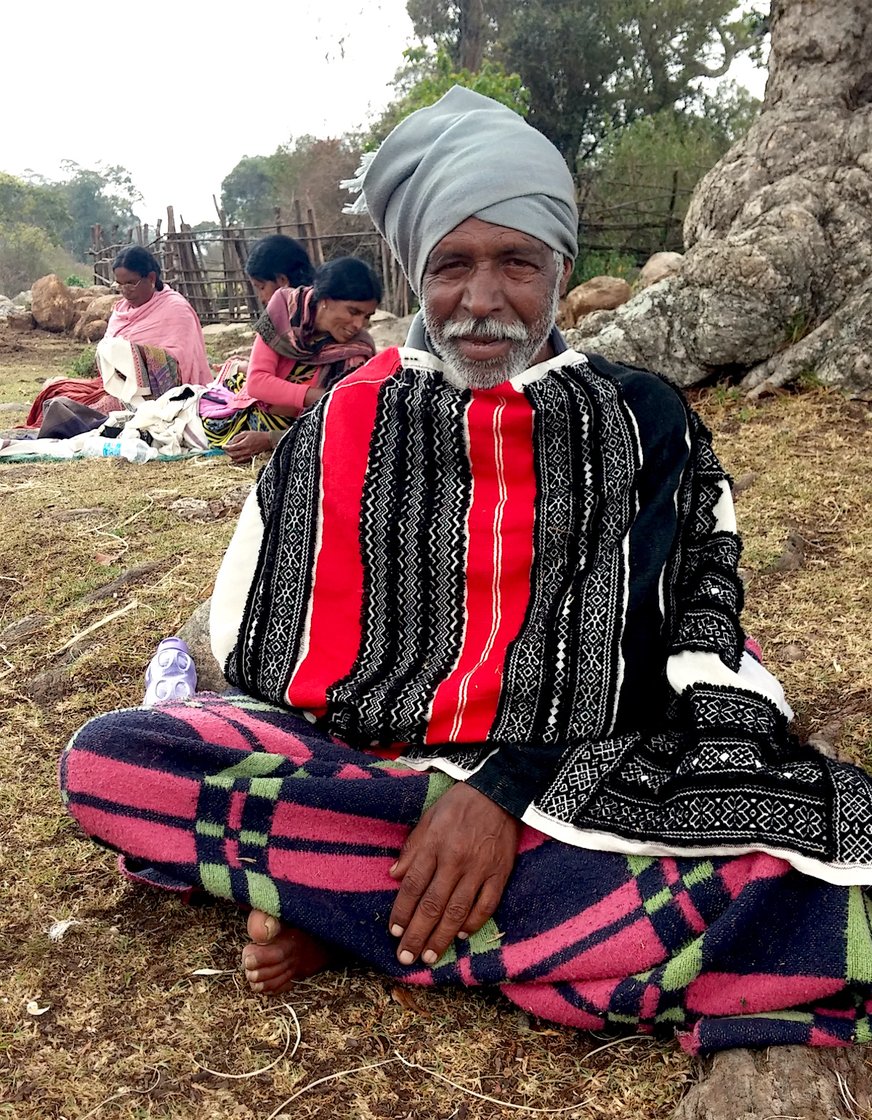 Left: Kathe Kuttan carving bamboo strips that will be used to build a new temple in the village. Right: A village senior, Ooneer Kuttan, draped in a distinctive Toda shawl, speaks of how the bees make a special honey from the nectar of the blue kurinji flowers

Every year, Thilthosh Kuttan says, there seems to be less honey because the number of flowers is diminishing. Though he did not offer any reasons, this could be, we surmise, because of factors such as climate change and the conversion of the shola forests and grasslands in Tamil Nadu into farms.

The Todas collect the honey for use in their home, and for sharing with the village. Whatever is left over, they  sell, though this is rare and only done when there is extra honey or if tourists visit the village. It is typically sold for Rs. 500 for a kilo.

For their living, the Toda community draws on the forest, and remains highly self-reliant. Their main source of food is buffalo milk and the few crops they cultivate. Even their huts were once entirely constructed with forest materials, but now many live in houses built by the government. Honey is an additional food source. Some have gone outside the village for work, some stay back.

Thilthosh doesn’t think the next generation will continue with honey gathering. But others are more hopeful. Kathe firmly believes that the youngsters will maintain this tradition and the connection to nature. Only time will tell which of them is right.

Thanks to the Keystone Foundation for giving me the support to conduct these interviews, and to Saravanan Rajan, who helped find the honey hunters and accompanied me to every interview as an interpreter.

Other stories by Audra Caroline Bass