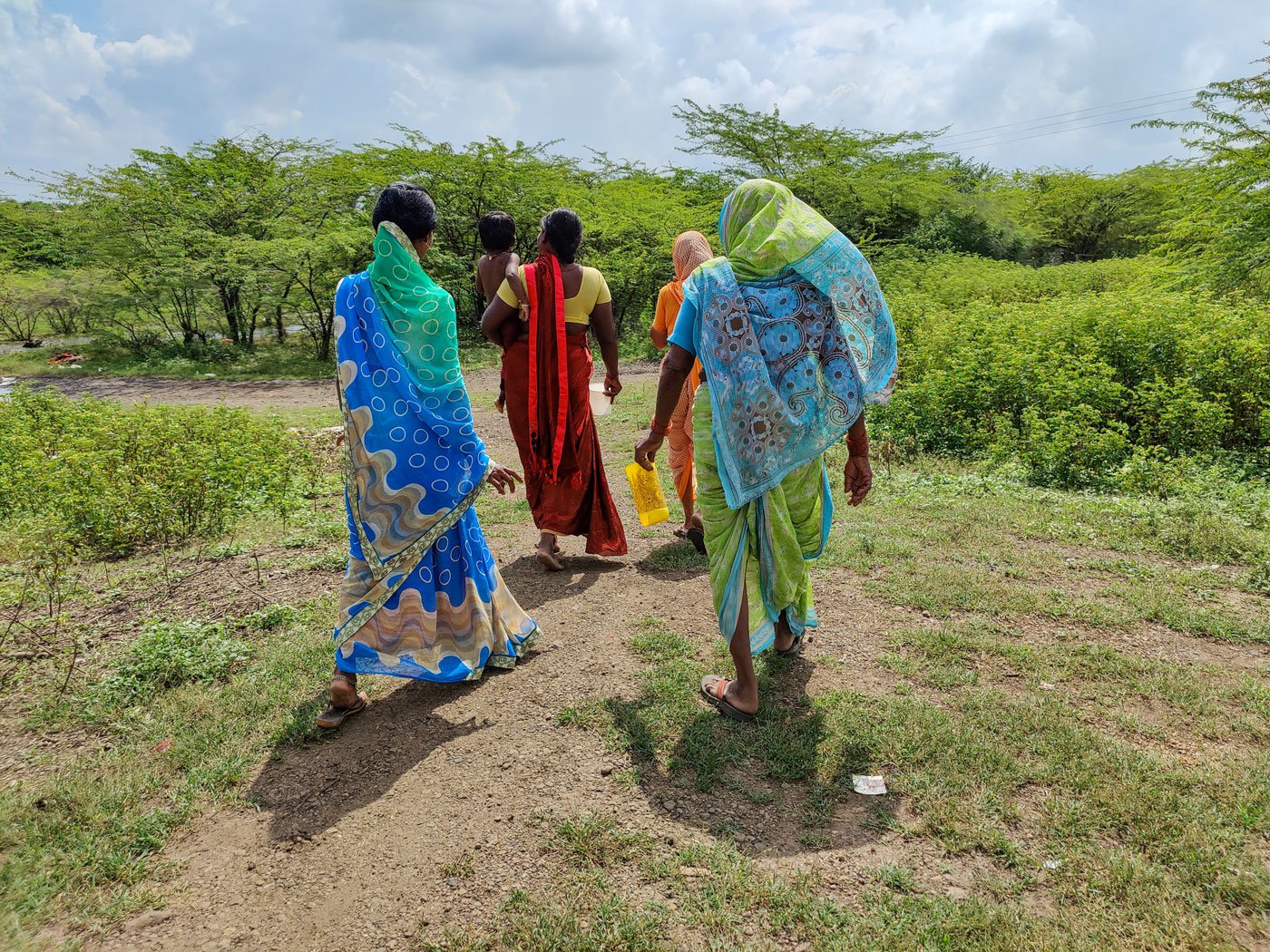 It’s out in the open in Kuruli

On World Toilet Day, PARI gets a closer look at access to sanitation, rather the lack of it, for women in an isolated settlement in Pune district

Green grass underfoot, open sky above, lush trees around, and a calm stream of water flowing through the woods – this could be anywhere in rural Maharashtra.

But wait, Geeta has something to add. Pointing at the stream, she says: “We women go to the left, and the men, to the right.” That's the arrangement followed by the residents of her vasti (colony) when they go to relieve themselves.

“We have to sit in ankle-deep water – with an umbrella when it rains. What can I say about how it is during [my] periods?” says 40-year-old Geeta.

Her colony of 50 households – on the outskirts Kuruli village in Shirur taluka of Pune district – is inhabited by Bhil and Pardhi families. The two communities, categorised as Scheduled Tribes in Maharashtra, are among the poorest and most marginalised in the state.

Geeta, a Bhil, is candid about her discomfort of going to the toilet in the open. “The grass hurts where we sit, and mosquitoes bite... Then there's always the fear of snake bite.”

Residents of the settlement face challenges at every step – particularly women, who are afraid of being attacked on the way to the woods. 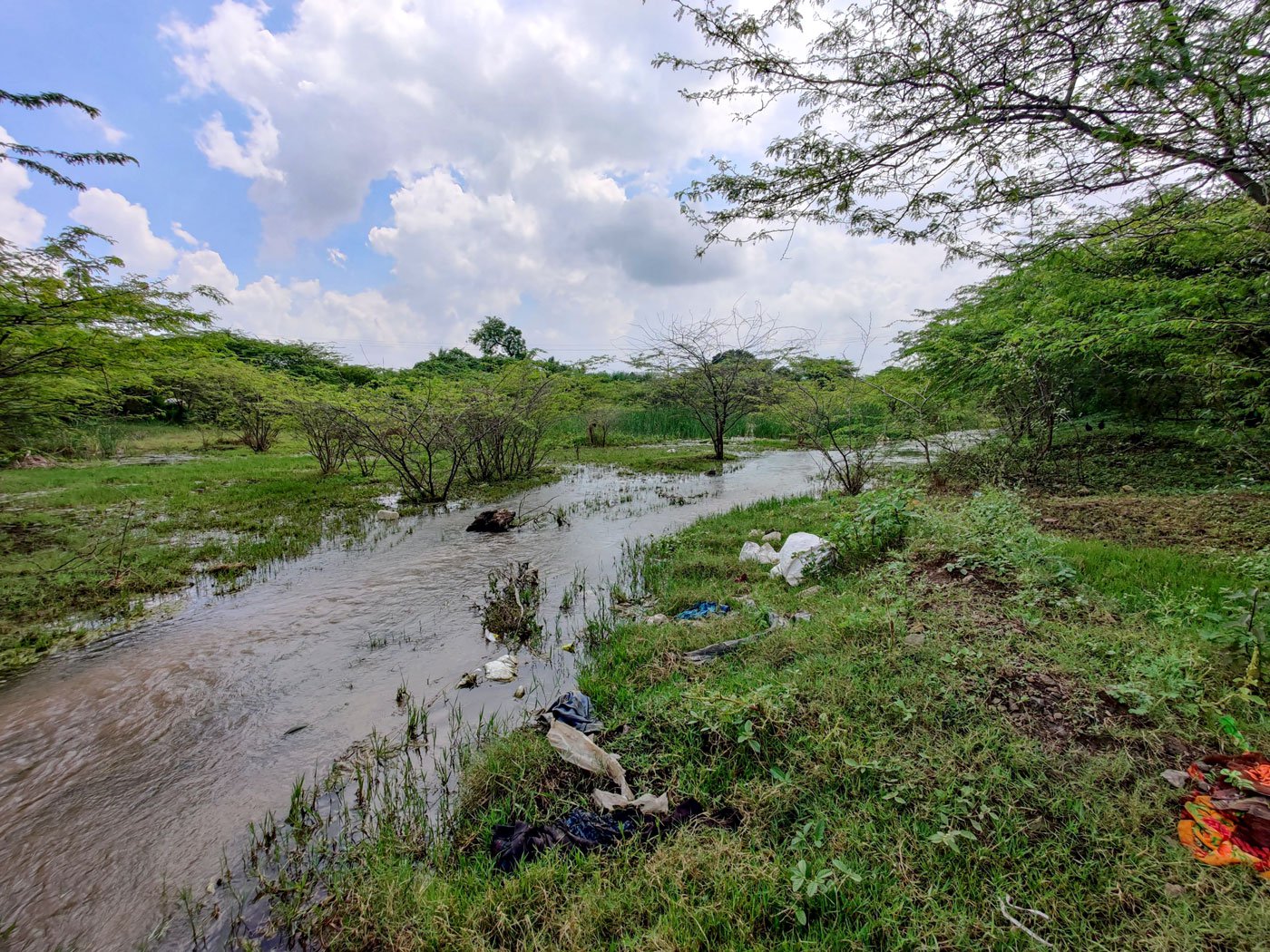 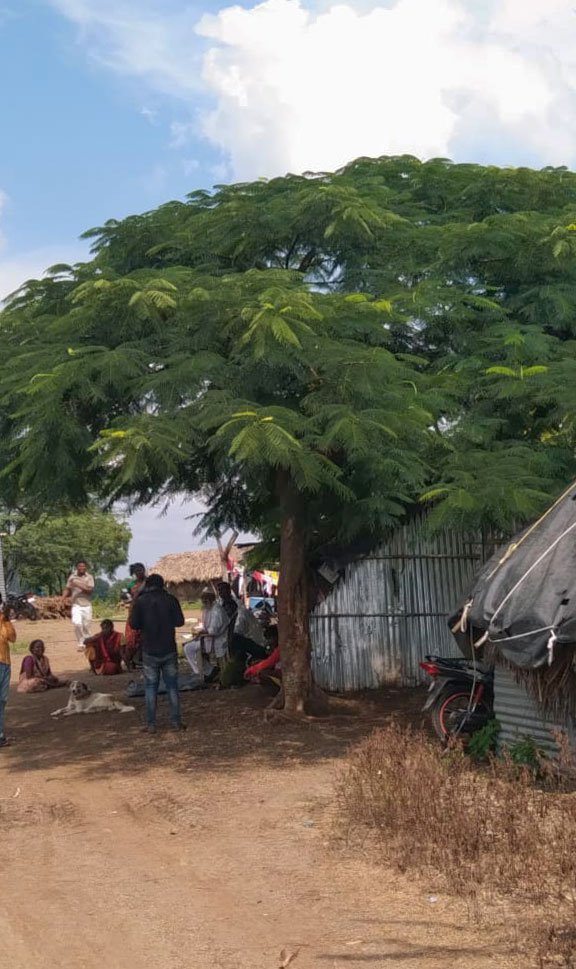 Left: The stream where residents of the Bhil and Pardhi vasti near Kuruli village go to relieve themselves. Right: The tree that was planted by Vithabai

“We go in groups at four in the morning, but we keep wondering what if someone comes [and attacks]...” says 22-year-old Swati, also a Bhil.

Their settlement, which is two kilometres away from the village, falls under the Kuruli gram panchayat . But despite numerous pleas and requests to the local body, the colony still does not have access to electricity, drinking water and toilets. “They [the panchayat ] never ever listen to our concerns,” says Vithabai, who is in her late 60s.

This isolated settlement's disadvantaged residents are among 39 per cent of people from Scheduled Tribes in the state who don't have access to a toilet. According to the National Family Health Survey 2019-21 ( NFHS-5 ), 23 per cent households in rural Maharashtra “do not use any sanitation facility; they use open spaces or fields.”


But the Swachh Bharat Mission (Grameen) has dramatically declared that “SBM (G) has achieved the seemingly impossible task of 100 percent rural sanitation coverage and transformed India into an Open Defecation Free country in a time-bound manner during Phase I (2014-19).” In the settlement on the outskirts of Kuruli, where Vithabai has spent most of her life, she shows us a tree and says, “I planted this tree. Now you work out my age. And calculate how many years I’ve been going there [to the woods] to go to the toilet.”
#bhil-women #toilets #isolated-sites #sanitation #pardhis
Jyoti Shinoli
@jyotishinoli
Jyoti Shinoli