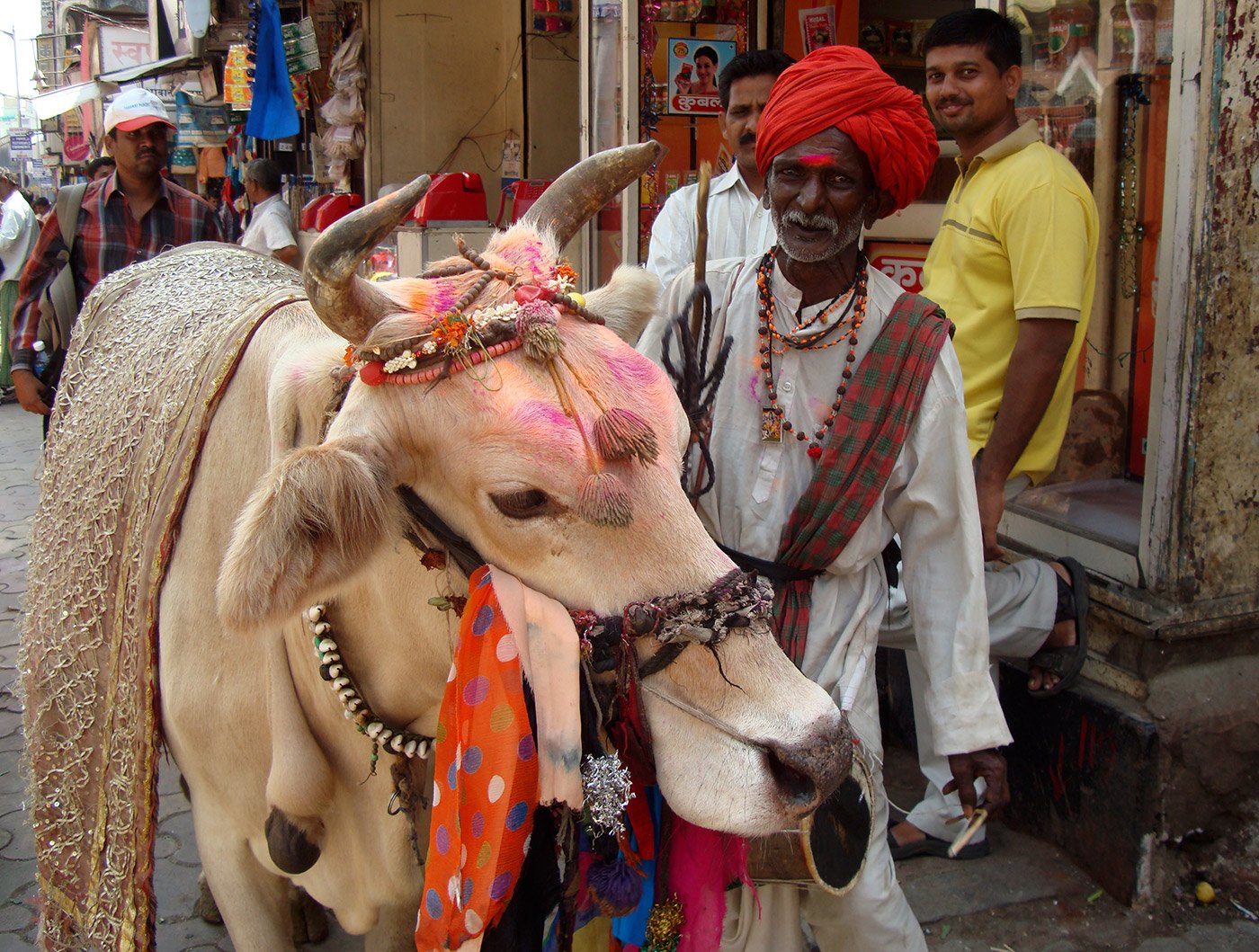 ‘We are now self-reliant and organised’

It has taken decades of struggle for the Tirmali Nandiwale, a nomadic tribe of performing artists, to find a permanent home in Kanadi Budruk village in Beed district of Maharashtra, and to get basic facilities

“In the past, our life was no more than a drama. To earn anything, we had to entertain people with our nandi (an ox, considered a carrier of Lord Shiva), moving from village to village, city to city. We never owned a home or land. Because we did not stay in one place, our kids never got an education.”

We’re listening to Bhura Gayakwad of the Tirmali Nandiwale nomadic tribe in Maharashtra’s Beed district. He and around 300 others of this Adivasi group live in Kanadi Budruk village in Ashti taluka , 110 kilometres from Beed town. Their basti is located alongside a road on the outskirts of the village.

“Giving up wandering 25 years ago, we stopped on this barren land and decided to start farming,” Gayakwad says. But putting down roots in one place was not easy for the former nomads. For one, upper castes in the village of around 3,200 people resented the newcomers. With the help of Adivasi and Dalit rights activists in the area, a case was filed on behalf of the Nandiwale under the Scheduled Castes and Scheduled Tribes (Prevention of Atrocities) Act at the Ashti police station. Eventually, the opposing groups came to an amicable common ground and the case was withdrawn.

But then another problem arose. “We had no real background in cultivation,” Gayakwad says. “So we decided to learn it from others. One day some of us prayed to our neighbours, the Dalit villagers, to teach us about farming.  They were really modest, kind and ready to teach us. A new mission in our life began, with agro tools and techniques. We learned through hard work and effort. Our whole community – women and men – worked day and night on the barren land to convert it to green land. Some of our people have now become skilled in agriculture, and we have developed a settled village culture.”

'We had no real background in cultivation,” Bhura Gayakwad says. 'So we decided to learn it from others... Some of our people have now become skilled in agriculture.' Left: Tirmali women working on an onion farm in Kanadi Budruk village. Right: Cleaning and sorting the onion crop to sell in the market (Photos: Kailash Jogdand)

Before 1991, due to their nomadic life, the Nandiwale had no identity in terms of an ancestral home or postal address. This meant they did not exist on electoral rolls, had never voted, and had no civil rights. It is also why the government of Maharashtra has no reliable estimates about the number of Tirmali Nandiwale in the state. Over time though, they were included in the gram panchayat voters’ list, and have got ration cards and other documents.

The Tirmali Nandiwale are one of the athara (18) alutedars . These and the bara (12) balutedars were part of a system of caste-based occupations in rural Maharashtra. In the past, the balutedars were paid for their work, but the alutedars did not have a right to insist on payment, their work was considered less important by landowning farmers. Their task was to entertain the dominant castes with different forms of cultural performances.

A 2004 volume titled The People of India: Maharashtra , edited by B.V. Bhanu, speaks of different sub-groups among the Nandiwale, such as the Fulmali Nandiwale, the Devwale  Nandiwale and the Tirmali Nandiwale. The Tirmali migrated from Andhra Pradesh some 800 years ago and came to Ahmednagar, Pune, Sangli, Satara, Kolhapur, Aurangabad, Jalgaon and Beed districts of Maharashtra. For centuries, the book says, the women of this nomadic tribe sold trinkets and indigenous medicines; the men were performers, dancing and singing with their oxen to make a living. 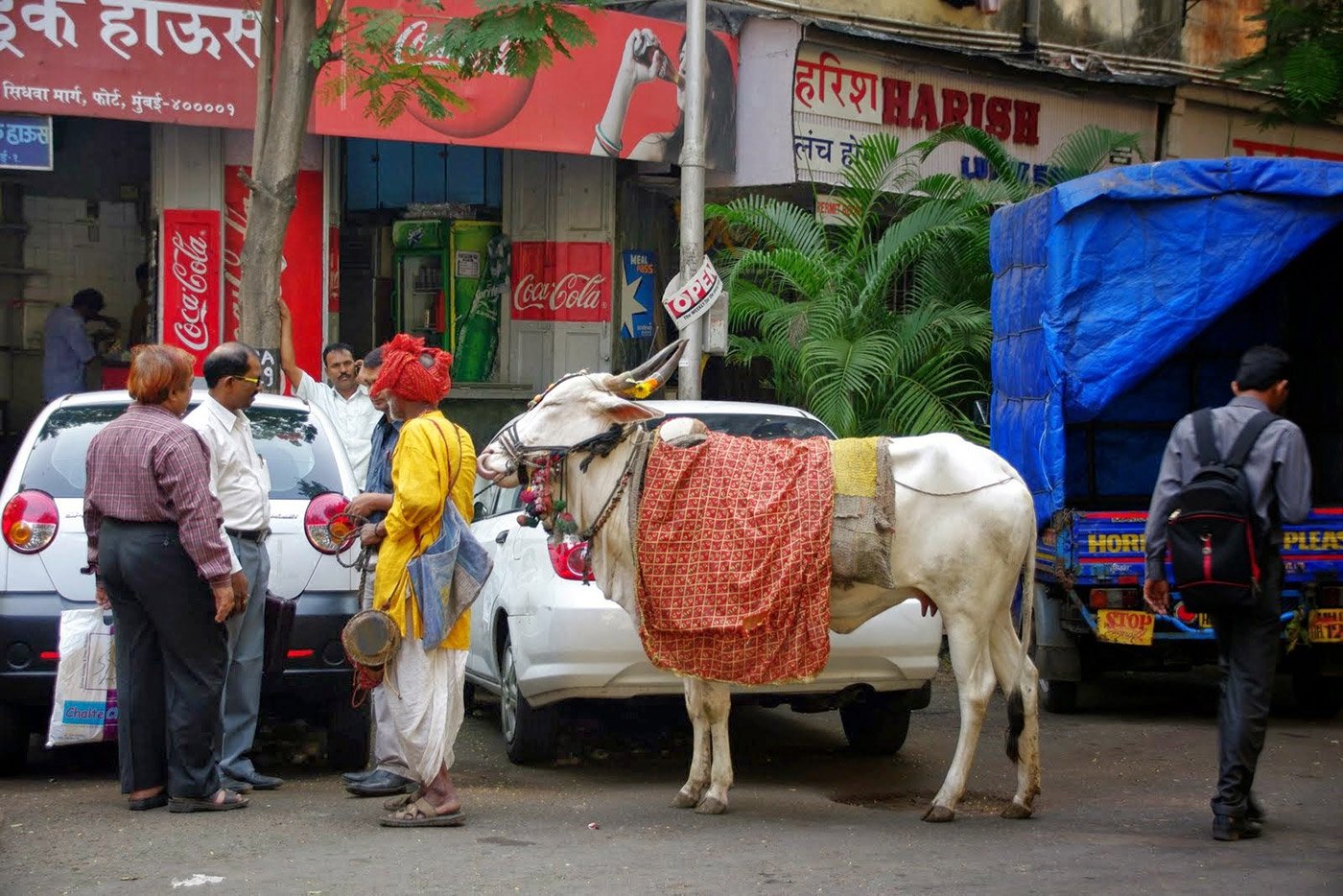 To earn anything, the Nandiwale had to entertain people with their nandi (an ox) going through villages, towns and cities  (Photo: Sigrid Wili)

It comes as a surprise to many to now see the Tirmali leading settled lives in Kanadi Budruk. Satish Gaikwad, a lawyer and member of the Rajarshi Shahu Gramin Vikas Prakalp, who works with various nomadic tribes and has witnessed the travails of the Nandiwale, says, “After 25 years of struggle, they now have 150 acres of community farms. They receive drinking water, electricity and other basic facilities [such as admission to state-run schools and bus ticket concessions from the Maharashtra government]. Children from this community are now able to attend schools and colleges and make themselves independent.” 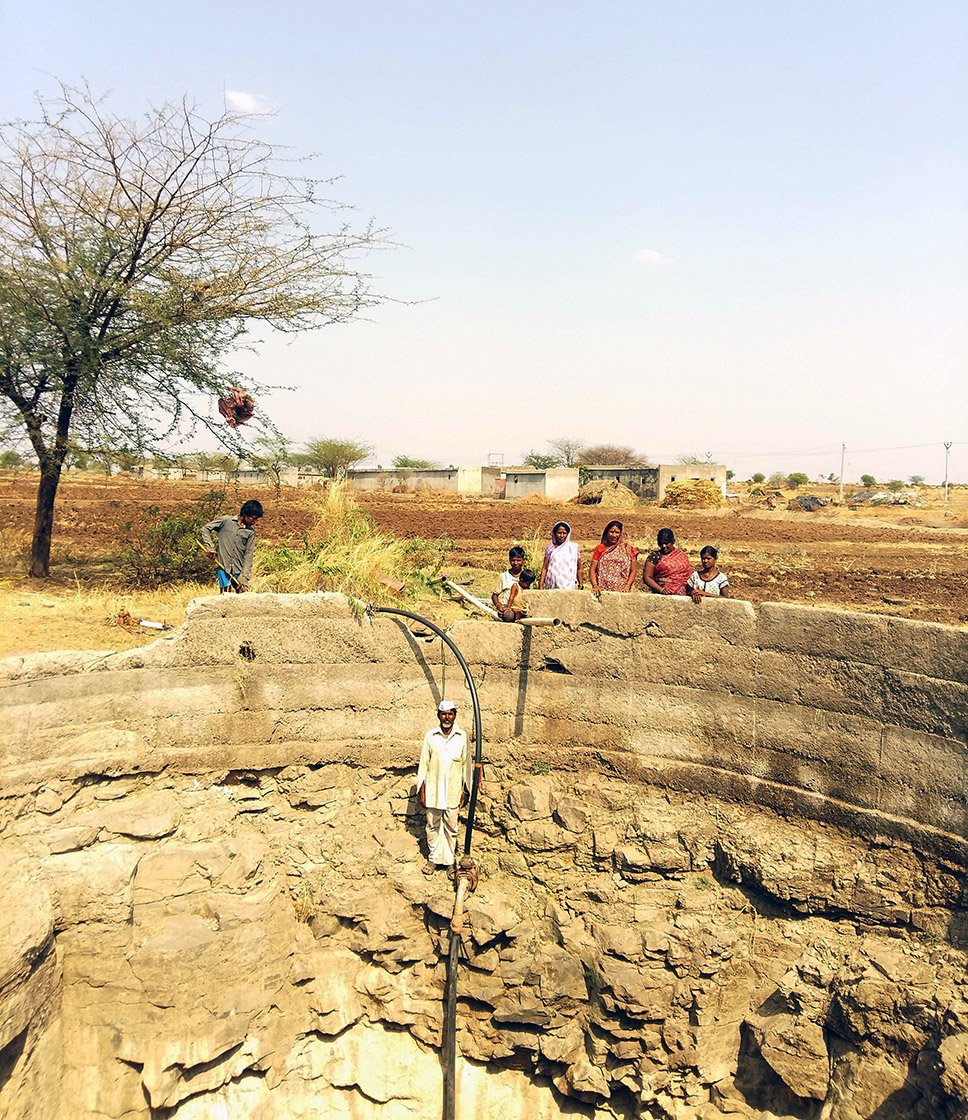 Bajirao Fulmali  (foreground), a Trimali farmer: in their village, the Nandiwale have even worked hard to dig this well for irrigation (Photo: Akshay Jogdand)

The Prakalp, a group that works on Adivasi and Dalit issues, has for long supported the Nandiwale. Interaction with its activists over time had influenced the Nandiwales’ decision to change their nomadic lives. It was a well-known activist-lawyer of the Prakalp, Walmik Nikalje, who filed the case for the Nandiwale under the SC/ST Act to ensure they could settle down in Kanadi Burduk.

Nikalje notes that many Tirmali Nandiwale youth are now college graduates – one, Ramesh Fulmari, joined the Special Security Force and is with the police department of Beed district; another, Rama Fulmari, is now a bus conductor. These might be routine work options for many, but are a huge change for the former nomads. Saheba Bajirao, a Tirmali Nandiwale student activist, says, “We are now literate, self-reliant and organised.”

But this Adivasi group still does not have land titles. Nikalje says, “According to the Maharashtra Land Revenue Code [1966] and government resolutions passed from time to time from 1964 to 2011 for regularising ‘encroachments’ by landless SC, ST, NT, and DNT [scheduled castes, scheduled tribes, nomadic tribes and denotified tribes] on government grazing ( gayran ) land, those who have been farming on these lands for more than 25 years become the owners of that land. The Tirmali Nandiwale tribe has been on the grazing land since [at least] 1991, but land rights have not been transferred to their names.”

This, he says, is going to be their next big struggle in the coming months and years.

Translated from Hindi by Barun Shrivastava, an editor with the Rajasthan Patrika in Bilaspur. A version of this story was originally published on Catch News on July 28, 2016.