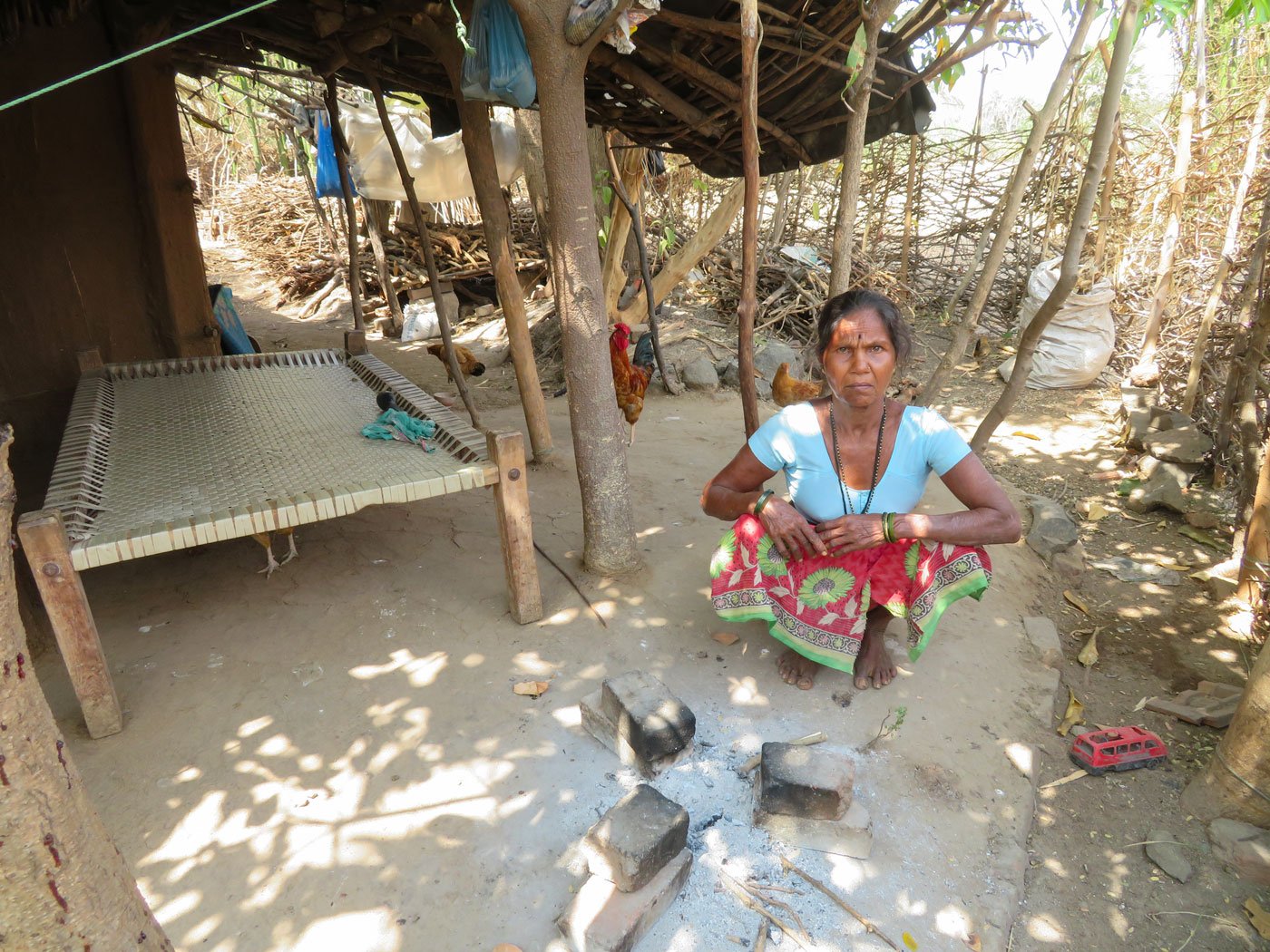 Walking 104 kilometres without a break

Brick-kiln workers in Thane and Palghar, most of them Adivasi agricultural labourers, have been forced by the Covid-19 lockdown to return home with barely any income until the arrival of monsoon

It was 1 a.m. on March 27 when Hira Mukane arrived home on the outskirts of Dalkhan village in Thane district’s Shahapur taluka . Hira, her son Manoj and daughter-in-law Shalu had walked 104 kilometres on foot without stopping anywhere for even a small break. They had walked back from the brick kiln near Ganjad village in Dahanu taluka of Palghar district, where they had gone to work.

“No transport was available, so we walked the whole day. Usually the ST [state transport] bus from Ganjad goes to Shahapur,” says Hira, 45. They set out at 4 a.m. on March 26, with Hira and Shalu carrying a bundle of clothes and a sack of utensils on their heads. Manoj carried a 12-kilo sack of rice on his head and 8 kilos of ragi flour in his hand on the 21-hour journey. “Our legs don’t hurt because we anyway walk long distances due to the irregular ST schedule. But not earning anything is more painful,” she adds.

When Hira left home on March 2 to work in the brick kiln, with 27-year-old Manoj and 25-year-old Shalu, they planned to return only in May this year. But their schedule was cut short by the nationwide lockdown announced on March 24. “We were expecting to earn at least Rs. 50,000 between March to May,” Hira told me on the phone. “The owner stopped the work and asked us to go back. He paid us only Rs. 8,000 for three weeks.”

So when the three of them returned to Dalkhan unexpectedly at the end of March, Hira’s husband Vitthal, 52, and their 15-year-old daughter Sangeeta were surprised to see them – Hira had not been able to inform them on the phone about their return. Vitthal, who suffers from sickle cell disease and can’t do physical labour, had stayed back in the village with Sangeeta when the others went to Ganjad.

I had met Hira in Dalkhan in July 2018, when she was plucking vegetables in a farm, to cook dinner for her family that night. She belongs to the Katkari tribe, an Adivasi community listed as a Particularly Vulnerable Tribal Group in Maharashtra. 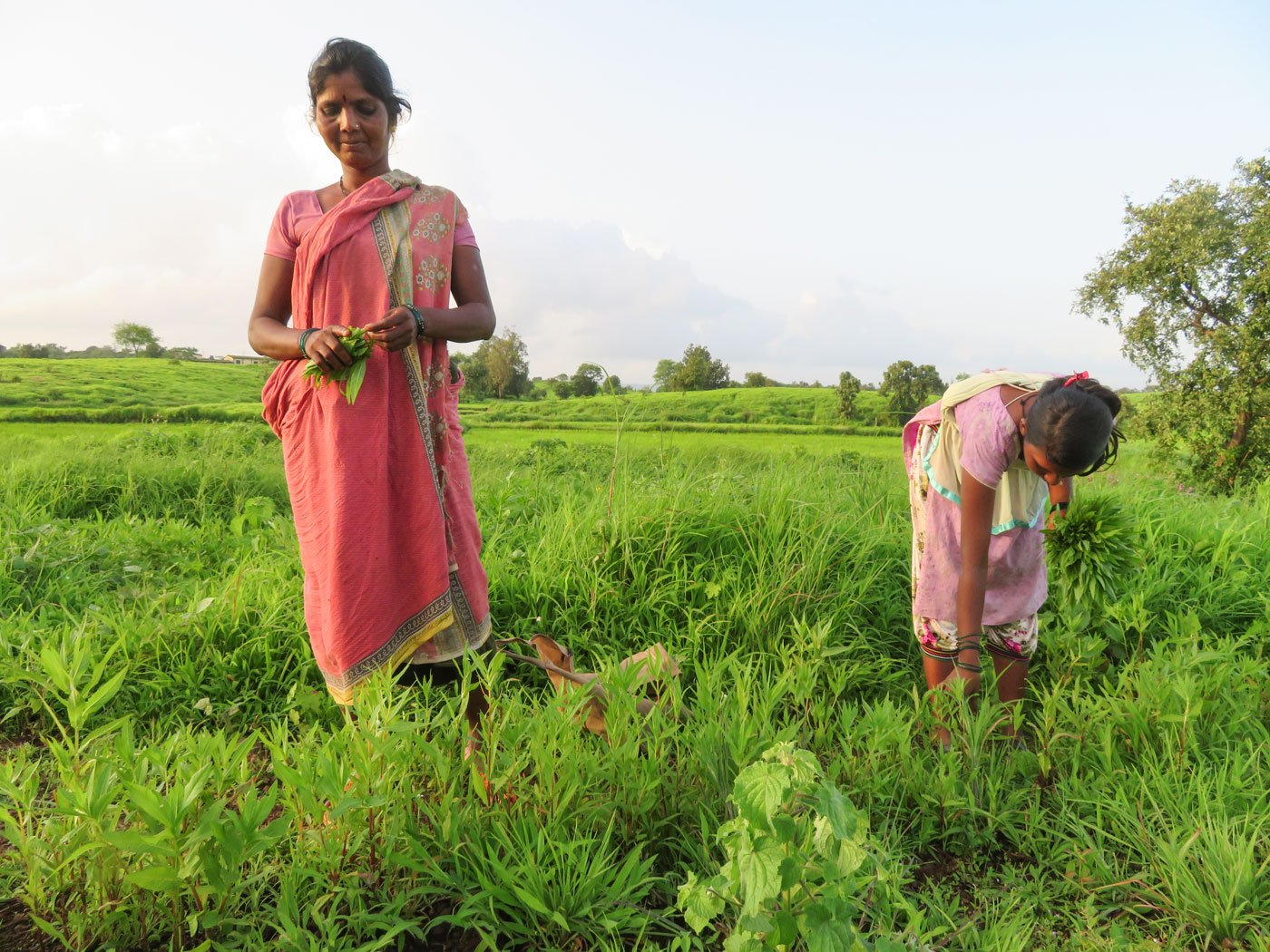 The decision to leave home and go to a brick kiln was a big step for Hira’s family – it was their first attempt at this work. Until recently, they earned their living as landless agricultural labourers. But when farm owners in Dalkhan started selling their lands for the Mumbai–Nagpur Expressway, from 2017 to 2019, it affected their livelihood.

“We haven’t been getting much work on farms for over a year, so we decided to go to the brick kilns. But we are unlucky. We had to return early because of this rog [illness],” Hira says.

The income that Hira, Manoj and Shalu earn from agricultural labour has been supporting their household. With Rs. 100 a day as farm wages for roughly 20 days a month during the cultivation and harvest seasons, their combined earnings come to around Rs. 5,000-6,000 a month. Manoj earns roughly Rs. 6,000 more from working for two months at construction sites in Thane, Kalyan or Mumbai, after the harvest. “I go for two months and return by June for the sowing season. I like working on farms rather than with cement,” he told me in 2018.

The family spends its income on essentials such as rice, oil and salt, as well as on Vitthal’s medical expenses and the electricity charges for their one-room mud house with a thatched roof. Vitthal has to undergo blood transfusion and check-ups at the Shahapur Sub-District Hospital twice a month, and when the hospital runs out of his medicines, they spend Rs. 300-400 to purchase his tablets for the month.

When the Covid-19 lockdown was announced and work at the brick kilns of Thane and Palghar was suspended, 38-year-old Sakhi Maitreya (in the cover photo on top) and her family also returned to Randolpada hamlet in Dahanu taluka ’s Chinchale village. They covered the distance of about 70 kilometres on foot from the kiln near Ganeshpuri village in Bhiwandi taluka , Thane district, where they were working since February.

The family of four – including Sakhi’s husband Rishya, 47, daughter Sarika, 17, and son Suresh, 14 – is among 20 families of the Warli Adivasi tribe residing in Randolpada. Like several tribal families in Thane and Palghar, they migrate to work at brick kilns every year. 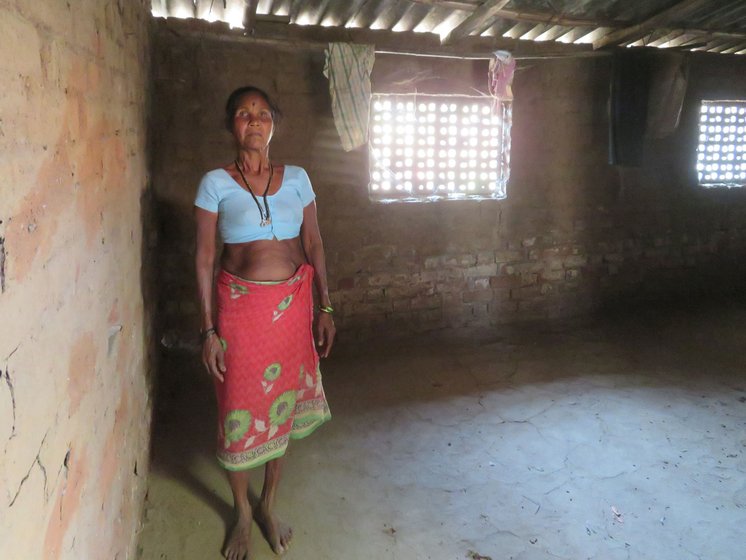 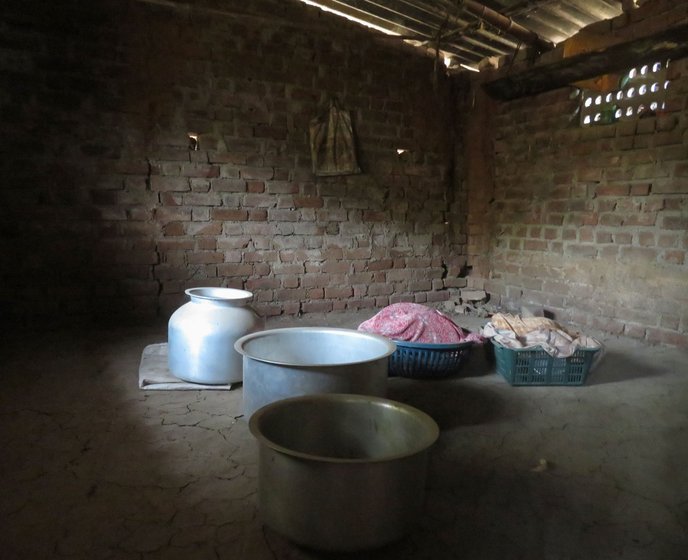 Sakhi Maitreya and her family, of Randolpada hamlet, went to work at a brick kiln in February this year: 'Last year we couldn’t go because we feared that the earthquake would destroy our hut. So we stayed back to protect our home' (file photos)

Before Palghar, a part of Thane district in the past, became a separate district in 2014, the Scheduled Tribe population of the combined district was 1,542,451 – 13.95 per cent of the total population (Census 2011). Tribes such as Ma Thakur, Katkari, Warli, Malhar Koli and others, reside in and around the forests of these districts, in an area of 330,000 hectares.

Every year, the Adivasi agricultural labourers from Thane and Palghar begin to migrate in November, after the crops grown by farm owners during the monsoon season are harvested. Most of them go to brick kilns until the next monsoon arrives.

Sakhi’s family usually earn Rs. 60,000-70,000 a year making bricks in the kilns. “Last year we couldn’t go because we feared that the earthquake would destroy our hut. So we stayed back to protect our home,” Sakhi told me, over the phone.

When I met her in March 2019, the walls of her asbestos-roofed brick house had cracked due to one of the minor quakes – over 1,000 – that had been rocking Dahanu and Talsari talukas of Palghar since November 2018. A 4.3 magnitude earthquake, the strongest until then, had hit Dahanu that month. So Randolpada’s Warli families didn’t go to work at the kilns in 2019 and stayed back to take care of their homes.

This year, Sakhi and her family went to work at the kiln in February, but had to head back in less than two months, after the lockdown was announced. Before sunrise on March 27, they started walking from Ganeshpuri with their clothes, utensils and 10 kilos of rice, all balanced on their heads. “The owner of the kiln shut down the bhatti [furnace] and he paid us for the seven weeks that we worked. But we needed more. Last year too we earned nothing. What will we do with Rs. 20,000 for the whole year?” asks Sakhi. Did she know why the owner asked them to leave the kiln? “Some virus, he said. And that people should keep a distance from each other.” 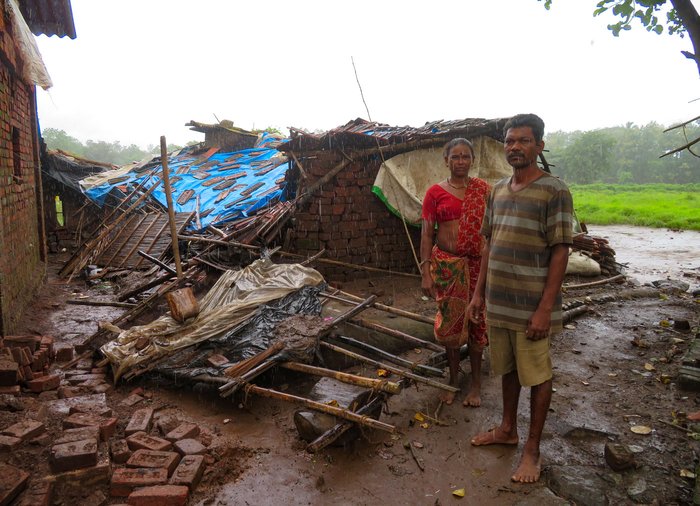 Adivasi agricultural labourers from Thane and Palghar migrate from November onwards, after the crops grown by farm owners during the monsoon season are harvested. Most of them go to brick kilns until the next monsoon arrives

In Palghar’s Vikramgad taluka , Bala Wagh, 48, and others from his Katkari tribe were hoping to rebuild their homes in Borande village, which had collapsed during heavy rainfall in August 2019. The Vaitarna river had overflown, destroying several homes in the village. After the flood, Bala’s family of six – including his wife Gauri, 36, three teenaged daughters and a nine-year-old son – lived in a damaged house with a makeshift roof of plastic tarps.

They went to work at a brick kiln near Tembhare village in Shahapur taluka , hoping to earn enough to fix their house. “We went there on March 11, we returned on March 25,” he told me on the phone. When they walked the 58-kilometre distance back home, they had with them the Rs. 5000 they had earned in two weeks.

“It’s all over now,” Bala says, his voice heavy with hopelessness and worry about his family. “ASHA tai [accredited social health worker] had come and she told us to wash hands with soap and to keep distance. But how is that possible when I don’t have a proper home for my family? It’s better we die then.”

News of the direct benefit transfer under the Pradhan Mantri Garib Kalyan Yojana, announced by the finance minister on March 26 as part of the Covid-19 relief package, has given Bala some hope. “Someone from our village told me about it,” he says. “But will I get any money? I don’t have a bank account.”