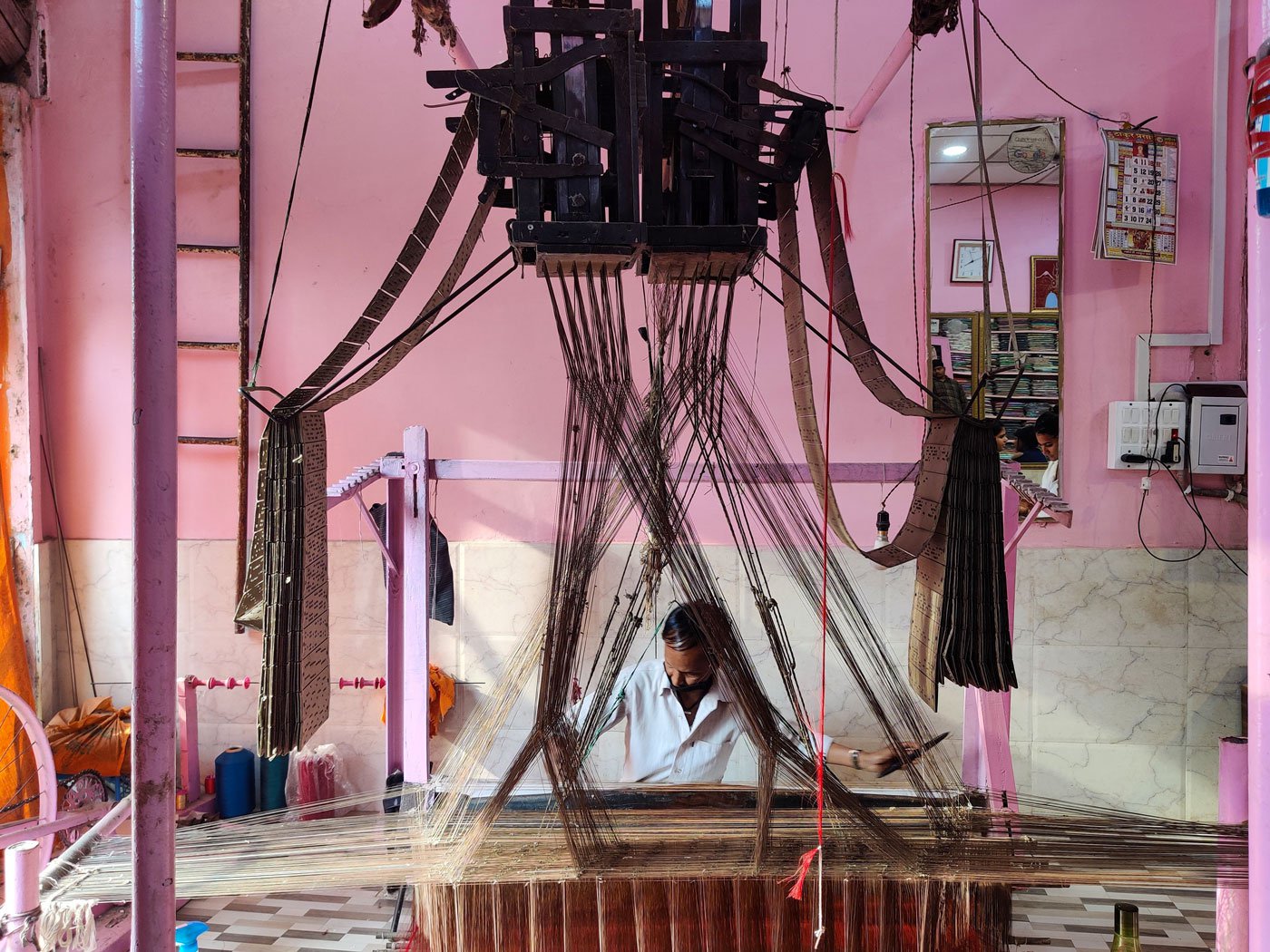 It's been hard days for powerloom weavers in the city's Bazardiha cluster – with lockdowns and monsoon flooding. But it’s the UP government’s review of their electricity subsidy that has them the most worried

In the narrow lanes of Bazardiha, amid the clacking sounds of powerlooms, Wasim Akram is busy at work. He has been weaving since the age of 14 in the same two-storey brick-cement house – generations old, as is the tradition in his family of weaving Banarasi sarees.

His dada-pardada (grandfather and great grandfather), he says, worked on handlooms, but his own generation learnt weaving mostly on powerloom. “By the year 2000, the powerlooms came here,” says 32-year-old Wasim. “I never went to school and started working on the looms.”

In the Bazardiha locality of Varanasi, over 1,000 families (the weavers estimate) live and work as a community of weavers – helping each other with securing rations, loans and orders from bulk buyers, and ensuring that everyone gets work.

But with the lockdown that began in March 2020, the looms became silent. The bunkars – as the weavers, loom owners and others in the weaving trade are locally called – were left with no work. Saree orders were cancelled and the workshops were shut. “All my savings were used in the first 2 to 4 months of lockdown,” says Wasim. “I went to the [state-run] Weavers Service Centre and asked if there was any government scheme for us [for that period], but there was none.”

Watch the video: ‘We want the sarkar to keep the subsidy as it was’

When the 2020 lockdown began easing, Wasim took up work at construction sites in Varanasi, earning Rs. 300-400 a day, as did many other weavers of Bazardiha, while some began plying rented rickshaws. They found themselves in the same situation with the 2021 lockdown. “We are working as labourers and auto-drivers,” Akram had told me some months ago. “Don’t know how long this can continue.”

In Akram’s small workshop, three powerlooms are kept in two rooms on the ground floor. His 15-member joint family lives on the first floor. “First due to the lockdown our work stopped and then for three months [on and off, from July] our looms were in one-foot of water,” he says. Only one of his looms, kept on a raised platform, could be operated.

Until nearly October every year, rainwater combines with sewage to flood the ground floors of homes and workshops in Bazardiha. The legs of the powerlooms, usually placed a little below the floor level, get submerged too. “If we start the loom, we will die. We keep asking everyone to do something, but nobody listens to us,” says Akram.

“We wait for the water to recede, we have been doing this for years now, we have complained, but still face this problem every year,” says Guljar Ahmad, 35, who lives a few houses away and owns six powerlooms. 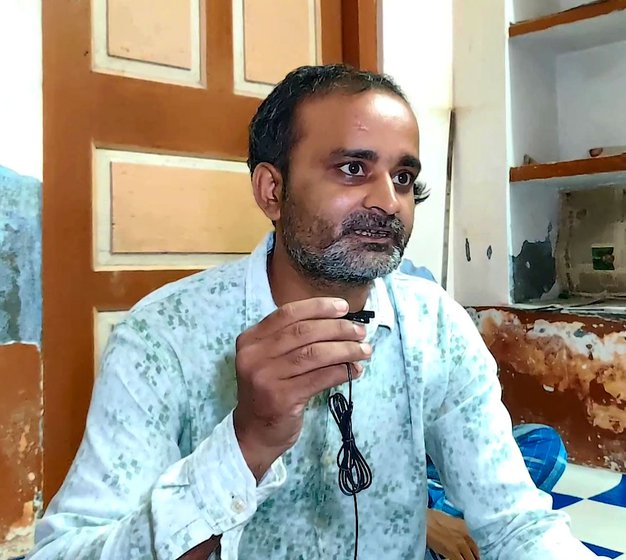 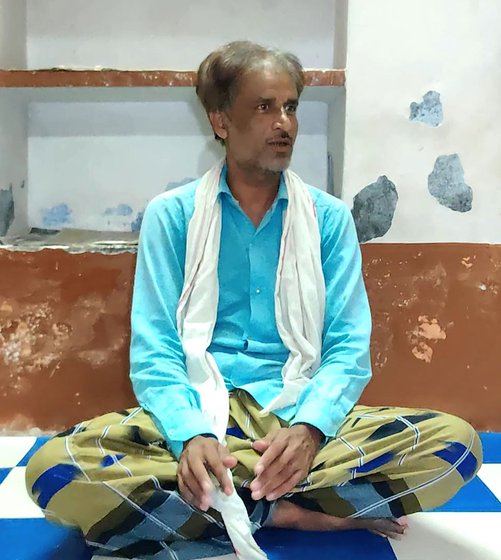 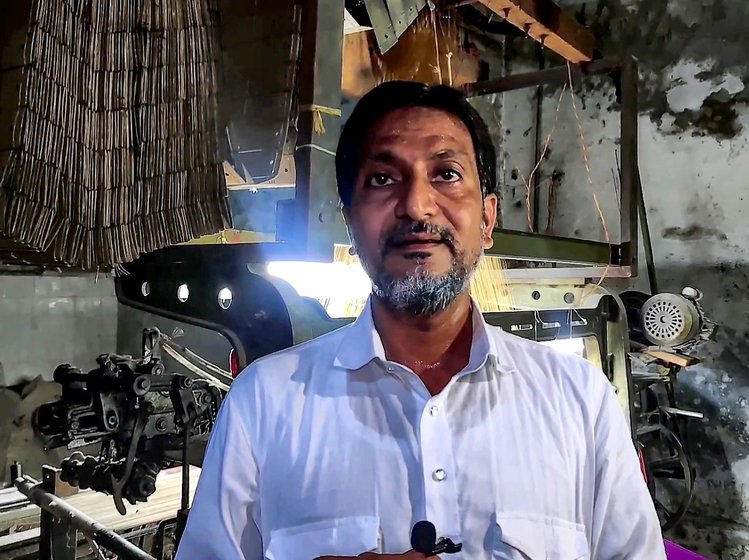 Weavers and powerloom owners (l to r) Guljar Ahmad, Wasim Akram, Riyajudin Ansari: 'Because of Covid we will take some time to recover. But if the subsidy is removed there is no way we can survive'

For the weavers-loom owners of Bazardiha, another setback came even before the lockdown last year, when the Uttar Pradesh government cancelled the subsidised electricity tariff for weavers and introduced a new commercial rate.

“The official notice about the new tariff was issued on January 1, 2020,” says Zubair Adil, general secretary of the Bunkar Udhyog Foundation, an association of traders and weavers. “After that our representatives from Gorakhpur, Varanasi, Kanpur, Lucknow and other places in UP came together to oppose the new tariff. While we were at it, the lockdown was announced. In June [2020], when the restrictions began to be eased, we organised protests again and sat on a three-day strike in August. The officials in Lucknow assured us that they will reverse the order. But nothing happened. So we sat on another strike on September 1 [2020] and demanded a written assurance. The officials instead gave a statement in the media reversing the order. However, because we have still not received any written document, many times the electricity boards charge weavers the new tariffs, or cut their connection. This creates a big problem.”

The subsidised tariff starts at Rs. 71 per loom per month, and Guljar receives a monthly bill of Rs. 700-800. With the new per-unit rate, from February 2020, he says his bills zoomed up to Rs. 14,000-15,000. Others also received similarly hefty bills, which many refused to pay. Some paid half the amount to get their machines started, some protested. Soon after, in March 2020, the lockdown was announced, the looms mostly stopped, while dialogue with the government continued. “I had to visit the electricity board multiple times,” says Guljar. It’s only from June 2021 that his bills, and those of other weavers-loom owners in Bazardiha, are back to the subsidised rate.

“With increased tariffs and no work, how are we supposed to pay huge bills and carry on our business?” asks 44-year-old Riyajudin Ansari, who lives three houses away from Akram and runs a workshop with seven powerlooms. 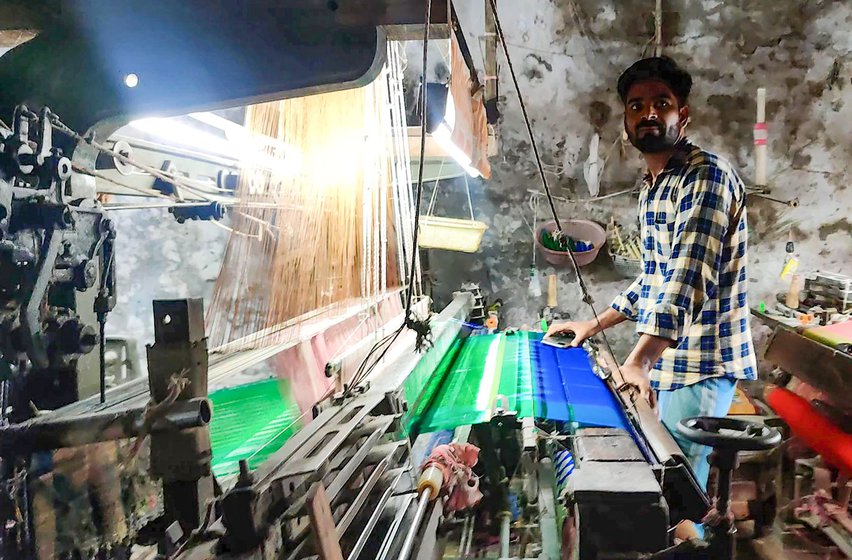 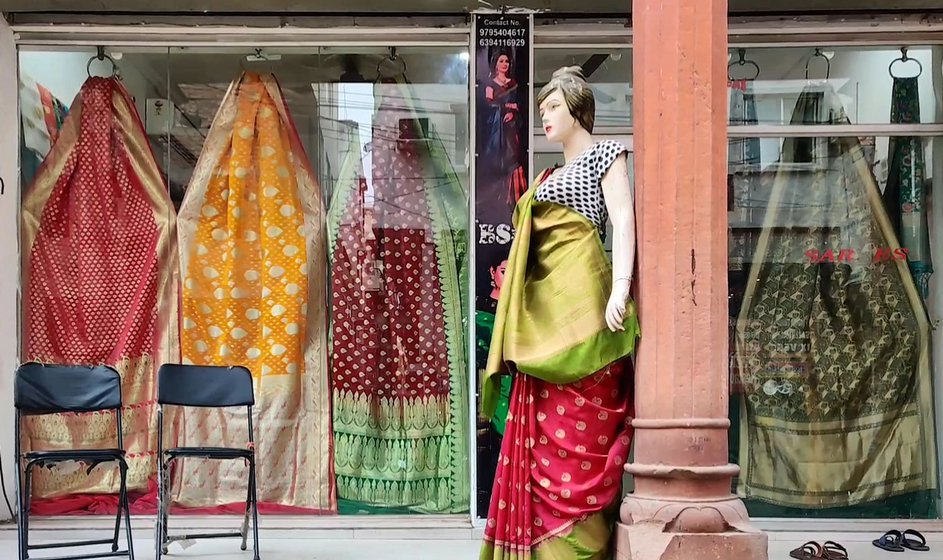 In the Bazardiha locality of Varanasi, over 1,000 families live and work as a community of weavers (the photo is of Mohd Ramjan at work), creating the famous Banarasi sarees that are sold by shops (the one on the right is in the city's Sonarpura locality), showrooms and other outlets

When the first lockdown began easing in June 2020, the weavers didn’t receive many saree orders – these began trickling in only by October. “Banarasi saree is not only sold in Banaras, but is also sent to other states during Dussehra, Diwali and marriage seasons. When no one is celebrating, how will our business pick up?” Riyajudin had said about last year’s peak sales months.

Just as orders began picking up, the second lockdown was announced in April 2021. “Covid came twice, but hunger was much more this year, in the second lockdown,” says Ansari. He adds that families in his locality sold their jewellery, took loans, and depended on PDS rations and help from NGOs.

It’s only by August 2021 that the orders have become regular again. But the rates have dropped. “One saree used to be sold for Rs. 1,200 [before the pandemic]. Now it’s sold for Rs. 500-600. After giving the weaver his share, we are left with barely Rs. 200-300,” says Guljar. He, like Riyajudin would get orders for 30-40 sarees (from agents for shops, showrooms, companies and other outlets) until March 2020 – they now get barely 10 orders at the lower rate.

“The government has not given any official written order reversing the new tariff,” adds Guljar. “What if they bring the new rates after the [UP Assembly] elections? We won’t be able to run this business anymore. Because of Covid we will take some time to recover. But if the subsidy is removed there is no way we can survive.”

Cover photo: A weaver at work on a powerloom in the Sarnath locality of Varanasi (Photo by: Samiksha)

Samiksha is a Varanasi-based freelance multimedia journalist. She is a 2021 recipient of the Mobile Journalism Fellowship of non-profit media organisations Internews and In Old News.

Other stories by Samiksha