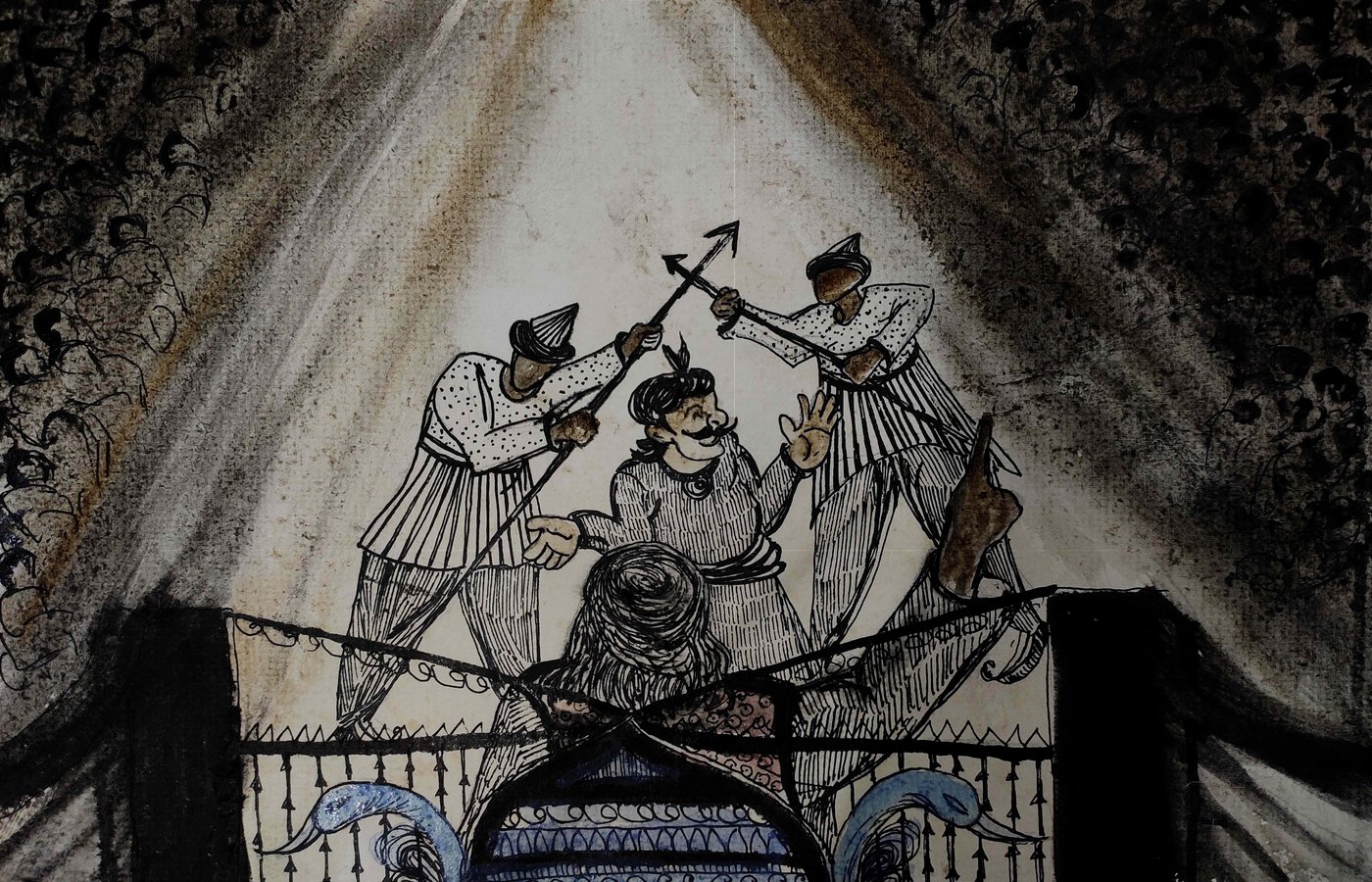 The superstate and the Smile Police

A poem inspired by the spate of cancellations of shows by stand-up comedians and others in recent times – with the authorities, on each occasion, citing possible law and order issues

There was a time when he was the monarch’s alter ego, his ally, his aide, his advisor. They had shared stories of love and food. He was the life of the court. What did he do wrong? When did it all happen? In the dark prison cell, Vidhushaka kept re-examining the abrupt turn that his relationship with the king had taken. Why was his royal highness offended? Did he not owe him an explanation? Were they so estranged? He could not laugh at his ridiculous reversal of fortune.

But things had changed quite dramatically in the capital. Whether it was Plato’s Republic, or Oceania, or India, did not matter. What did matter was the diktat of the king who for now had ordered all forms of smiles to be wiped out from everywhere. Satires, comedies, burlesque, jokes, sitcoms, cartoons, and parodies, even limericks and witty word plays were banned.

Only epics (authentic and duly verified by the Smile Police) that glorified the right set of gods and officially certified patriotic heroes were desirable, apart from state-sponsored histories and biographies of true leaders. Nothing that could excite the mind or feed the passions was to be entertained. Laughter was for the inane – to be abolished from the courtrooms, from parliament house, from theatres, from books, from television, from photographs, from children’s faces…

Darkness rushes into the village –
a raging bull,
mother calls the doctor.
“Something foul, almost diabolical,
has possessed my child.”
The doctor gasps.
Thunders the sky.
“His lips are parted and stretched,
cheek muscles – tensed,
and his teeth are visible,
shining like white mogra flowers.”

The doctor trembles in fear.
“Call the Smile Police,” he says.
“Let the king know,” he says.
The mother, gaunt and haggard, weeps.
What else can she do but cry.
Cry, beloved mother.
The curse, the strange affliction –
has caught your son too.

The night is ripe in her backyard,
nebulas grow into stars –
and explode into supernovas.
The king is asleep
resting his extraordinary chest on two beds.
“A child in the village has smiled,”
they inform him.
The sky thunders!
The earth trembles!
The king jumps up from his sleep.
Benevolent. Magnanimous.
“What curse has descended on my country?”
cries the king – benevolent, magnanimous.
His thirsty sword shimmers in its sheath.
For his country, he must kill –
all smiles young or old,
all laughter must be slaughtered
thought the king, benevolent, magnanimous.

In one eye of the mother
glistens the silver sword,
in another the smile of her son.
Sounds familiar
of slashing skin
Sounds familiar
of a desolate cry
Sounds familiar
of ‘hail the king’
fill the crimson air of dawn.
The sun rises with parted lips,
tensed cheek muscles, exposed teeth.
Is that a shining smile –
so delicate, yet strong,
subtle yet bold,
that she sees on its face? 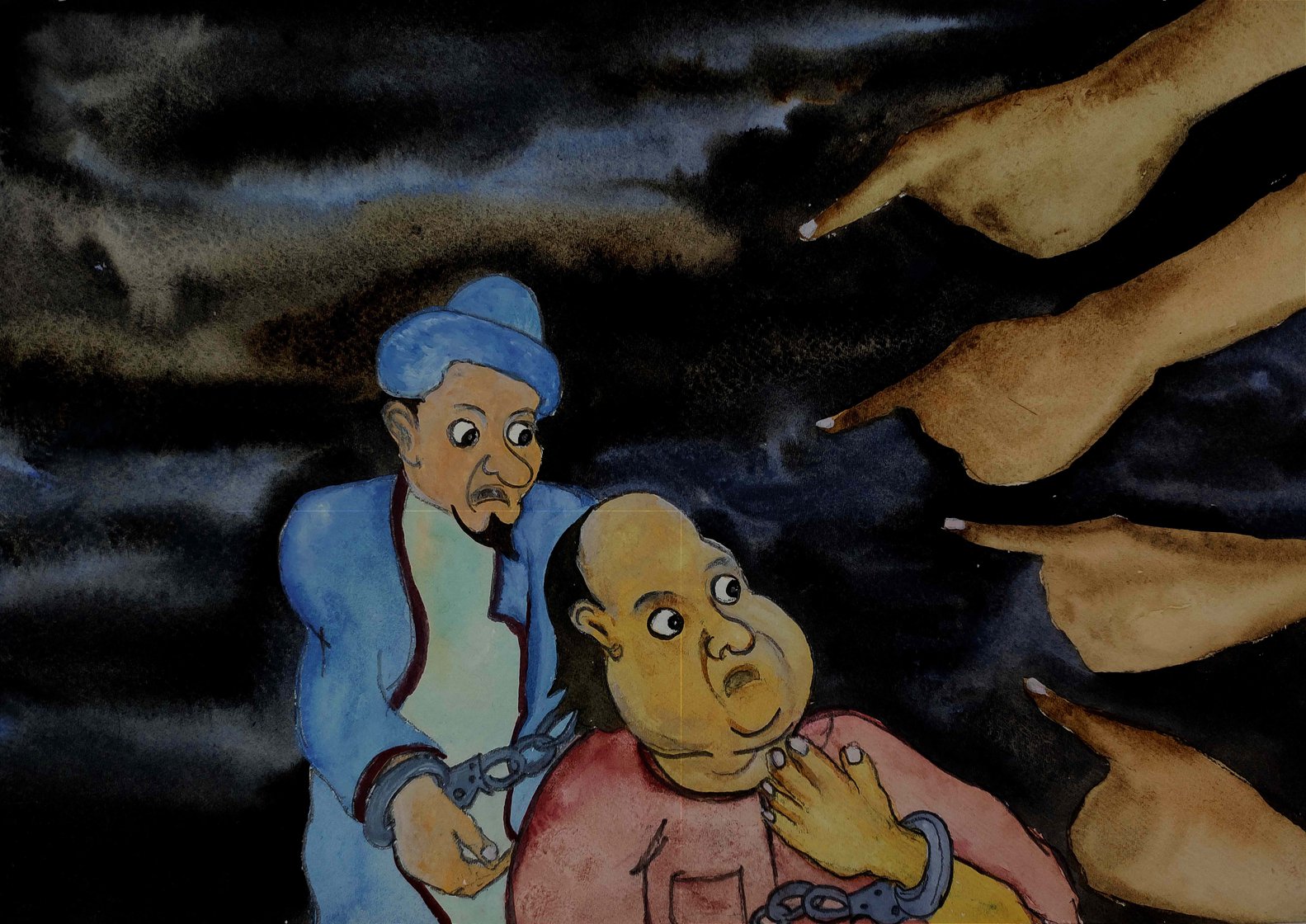 Vidushaka : in Sanskrit, the word translates as a jester who might also play the role of the court critic.