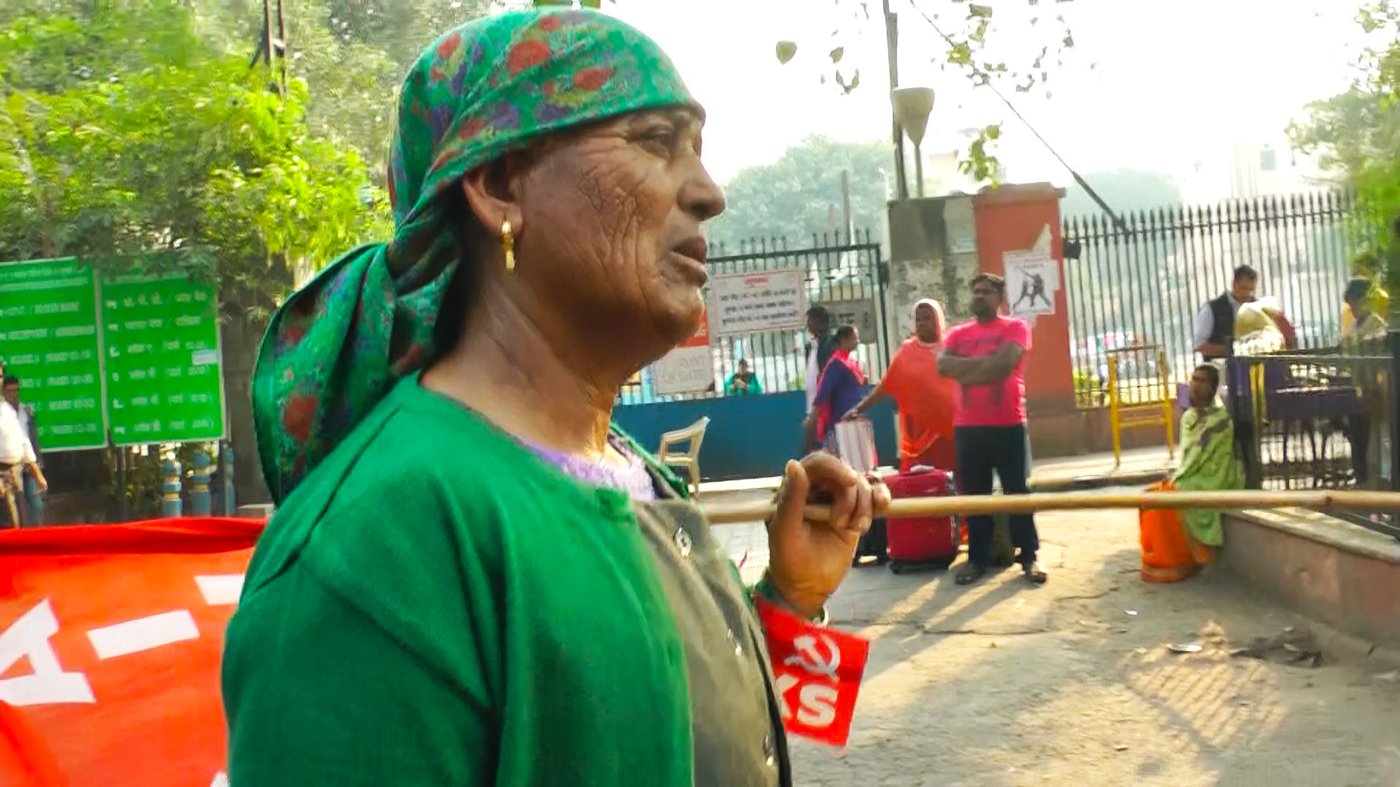 The solitary cultivators of Himachal

Farmers from Shimla district, who came to Delhi for the Kisan Mukti Morcha on November 29-30, remind us in the video featured here that the bulk of work in agriculture is done by women

At 8 a.m. on November 28, 2018, a group of women left their homes in the hills of Himachal Pradesh. They reached Chandigarh by bus in the evening, spent the night there and at 5 a.m. the next morning left for Delhi to participate in the Kisan Mukti March on November 29-30, 2018.

On November 29, they started walking from Majnu ka Tila in north Delhi  at 11 a.m. After covering 11 kilometres, they reached Ramlila Maidan at 4 p.m. – exhausted, thirsty and hungry.

Among the farmers from Himachal Pradesh was Sunita Verma, 45, from Bara Gaon village in Kumharsain tehsil , whose family owns 10-15 bighas of land (nearly three acres) on which they grow wheat, corn, green peas and tomatoes at different times of the year.

“Farming is as good as ‘timepass’ because we hardly make anything from it,” Sunita said. So she also runs an agency that helps people invest in insurance policies and post office fixed deposits.

Watch video: 'Farming doesn't give us our sustenance'

Farmers in rural Himachal Pradesh usually depend on rainfall, she said. A lack of irrigation impacts their produce and their income. As a result, many women stay back in the villages taking care of their farms and families, while the men migrate to the cities to earn a living.

With Sunita was Sandhya Verma, 60, whose family cultivates 5-6 bighas (around one acre) on which they grow apples and vegetables. About two months ago, she applied for the old age pension, but the elderly only get Rs. 600 per month, she said. “What can you do with that?”

Like the tens of thousands of farmers at the march, Sunita and Sandhya too wanted better crop prices and low-interest loans. Old age pensions, they added, must be at least Rs. 4,000 per month. If the state agreed to their demands, Sunita said, their long journey would have been worth it.