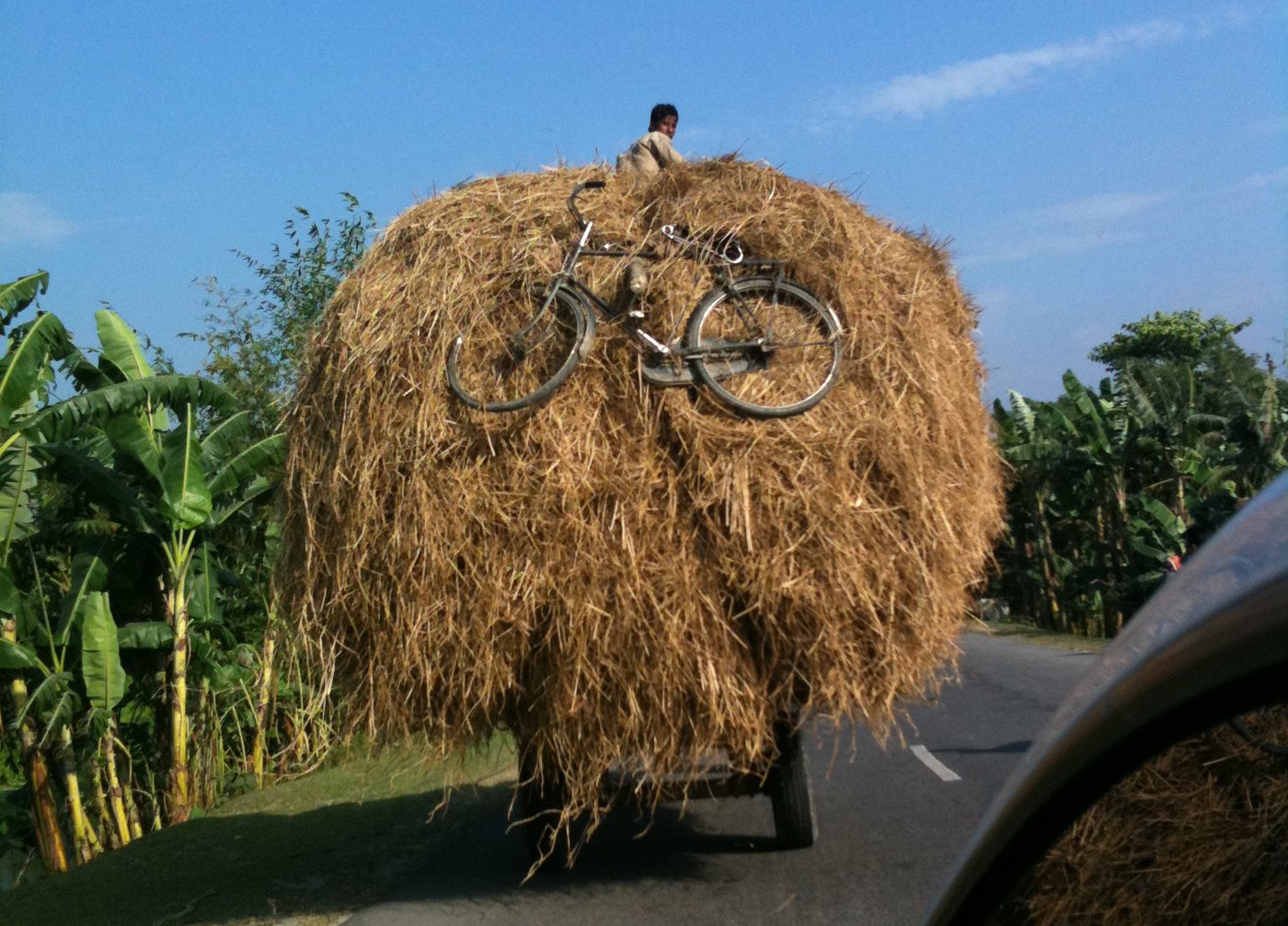 In journeys along rural Indian roads, you sometimes run into the delightfully bizarre

He was as astonished as we were.

The question intriguing us was: how did he manage to have a cycle hanging up there at such a height on that pile of straw? For him, presumably, the question was: who was that nutcase who had half his body out of the window a car, horizontal to the road, trying to photograph him (on an iPhone 3S).

It was October 2009, and we were racing to someplace between Krishna and Guntur districts in Andhra Pradesh. And when we first spotted him, from a distance, it seemed a bit bizarre. A bicycle hanging up there and a man perched up even higher above it. The load of straw was so huge, it made it impossible to figure out what kind of vehicle it was sitting on. That turned out to be the trolley cart of a tractor.

And as we drew nearer, we could make out, as you can from the photograph, a very small part of strong bamboo pole jutting out of the straw pile, on which the bike was somehow mounted or tied – we couldn’t see a rope. The only way of getting a picture of this before the vehicle turned off on to some village road was to lean quite absurdly out of the window and click. Then we crossed a bridge and both vehicles went off in opposite directions – we, checking if we’d got the photo, and he possibly clutching at straws – though not at his cycle, as the tractor took a bumpy turn.