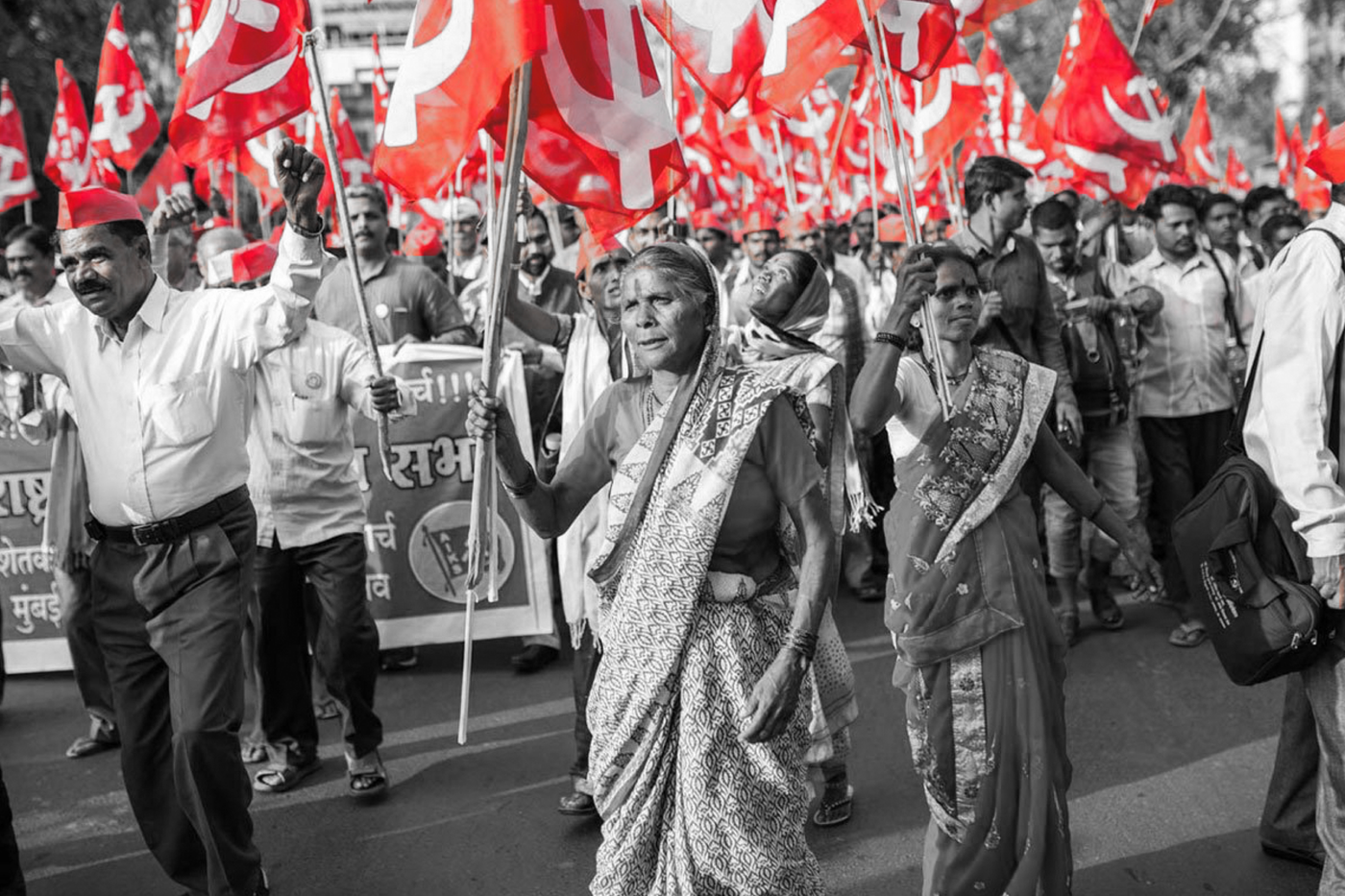 PARI’s first podcast features the voices of Maharashtra’s farmers, who marched peacefully from Nashik to Mumbai in March 2018. They speak of their struggles and hopes – and what they demand of the state

”Must we slog like this, and should our children suffer too? If we earn decently then our children can benefit. But right now, I just don’t understand how we can even fill our stomachs,” says Devidas Bendkule.

On the March 11, nearly 40,000 farmers from across the state of Maharashtra entered Mumbai. They had walked all the way from Nashik for six days, covering over 180 kilometres on foot. They continued this march till the 12th, walking the last 15-20 kilometres in silence and darkness, finally assembling at Azad Maidan in the south of the city to press for demands they felt the government had betrayed them on – a loan waiver, minimum support price for their crops, procurement, and many more.

Listen to the first PARI podcast: The farmers who keep democracy alive

In our first episode of PARI podcasts, we speak to farmers like Bendkule who had joined this march in anger over being repeatedly let down by the State. They spoke of their struggles, urgent demands and even hopes with us.

Also in conversation is our founder editor and rural affairs reporter, P. Sainath, who sheds light on why this protest brought thousands to the highways and the streets. He speaks of how the highly disciplined marchers struck a rare chord in Mumbai not just with the urban working class, but also the middle and upper middle classes; and lastly, why this event is a milestone in Indian history.

While the Maharashtra government agreed to most of the farmers’ demands on March 12, it is yet to fulfil several of them.

But peaceful protests like this are important. It’s when the voices of the poor get heard. In this episode and in a recently published article, Sainath makes an appeal for a very large, democratic protest, alongside a demand for Parliament to hold a three-week or 21-day special session dedicated entirely to the agrarian crisis and related issues. A joint session of both houses.

We would like to thank photographer and reporter Sarthak Chand, who spoke to several farmers on the field and brought their struggles to light, PARI Fellow Parth M.N. for his stories on the march, and Himanshu Saikia, Siddharth Adelkar, Aditya Dipankar and Gaurav Sharma for helping us produce this episode.