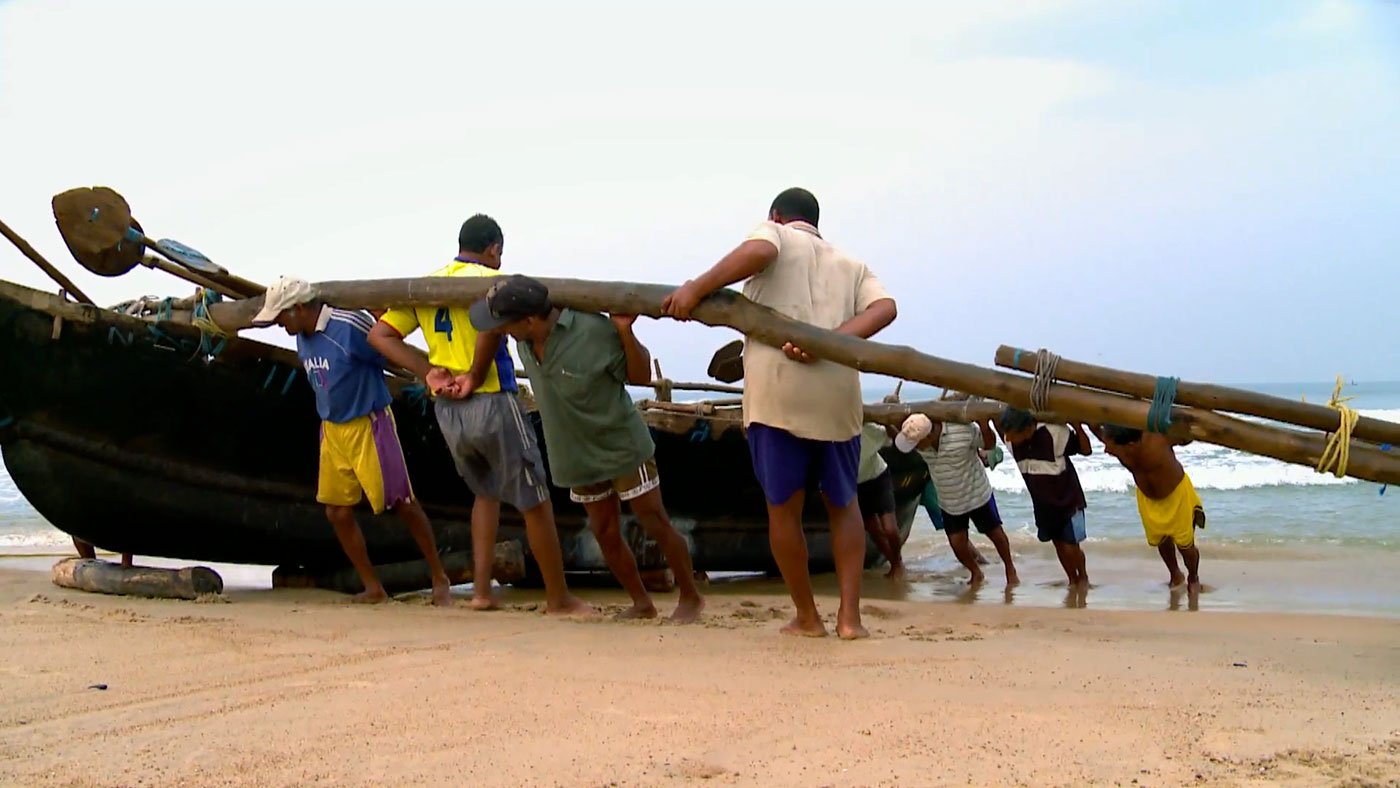 PARI presents a documentary on the fisherfolk of Goa’s Calangute village, who describe how tourism and trawlers have eaten their fish, why many have left the trade, and how some continue to go to sea

“In the 1970s and ’80s, there used to be a surplus in our catch. We even sold mackerel as manure for coconut plantations,” Marceline Fernandes, an elderly fisherman from Calangute village in north Goa, told me. (He has passed away since I met him for this documentary.)

Over the decades though, as Goa became a highly popular destination, with tourists coming throughout the year, fish has also remained in demand all 12 months – and therefore it is no longer as abundant. Big trawlers fishing off Goa's coast have also reduced the size of the fishermen’s catch.

As a result, the communities living along the state’s 104-kilometre coastline have had to supplement their traditional occupation of fishing by starting shops, water sports and other tourism-related activities. Over time, many from the younger generation have travelled to West Asian countries for work, while many have set up small beach restaurants or become a part of the tourism industry in other ways.

Some are still holding on: “My forefathers were fishermen,” says Ronnie Fernandes, “and I hope to continue being one.”

The documentary Shifting Sands features the fishermen and fisherwomen of Calangute, a village at the centre of north Goa’s tourism belt. It explores how they perceive themselves, their trade and the changes around them.

The sands may have shifted, and the tide keeps changing, but some bonds remain strong.

Note: Shifting Sands, produced and directed by PARI contributor Sonia Filinto, is an independent documentary made in 2012-13. It was screened at the Le Festival International de Films Pêcheurs du Monde 2015 in Lorient, France. Screenings have also been held in Goa, Bengaluru and Dubai.