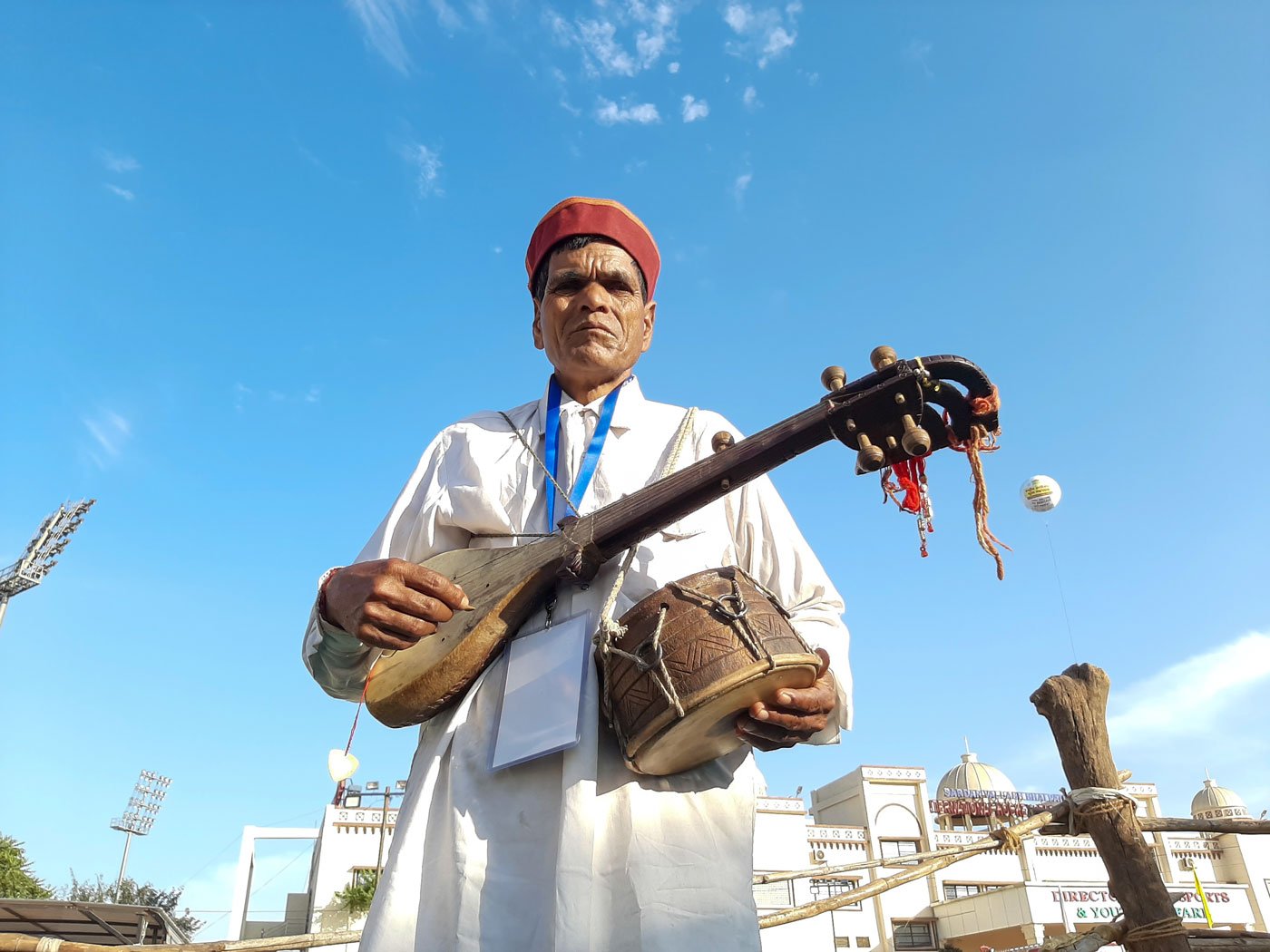 Rajma and corn, rubab and khanjari

Listen to Premlal, a farmer-musician from Chamba district, performing at a recent festival

“I have always played this music of mine for devotional songs. And I have performed on these two instruments since I was very young,” Premlal, 60, told us. We had run into him at the National Tribal Dance Festival in Raipur – capital of Chhattisgarh state – in December 2019.

The two musical instruments are the rubab and the khanjari . The stringed instrument that he is playing, slung over his right shoulder, is the rubab (several accounts say it originated in Central Afghanistan). The khanjari (thought to be related to the tambourine family) is the little drum slung over his left shoulder and resting against his waist.

Premlal – he insists that is his full name and that he has no other – says he is from Jagat village in Chamba district of Himachal Pradesh. Jagat, which is in Brahmaur block, has a population of just under 900 (Census 2011). Nearly 60 per cent of the village’s residents are Adivasis, and most of the remaining 40 per cent are Dalits.

He gives us a brief demonstration (see video) of how he plays both instruments simultaneously. And he wants us to know he is a farmer too. “Besides playing music, I also cultivate corn and rajma ,” says Premlal.